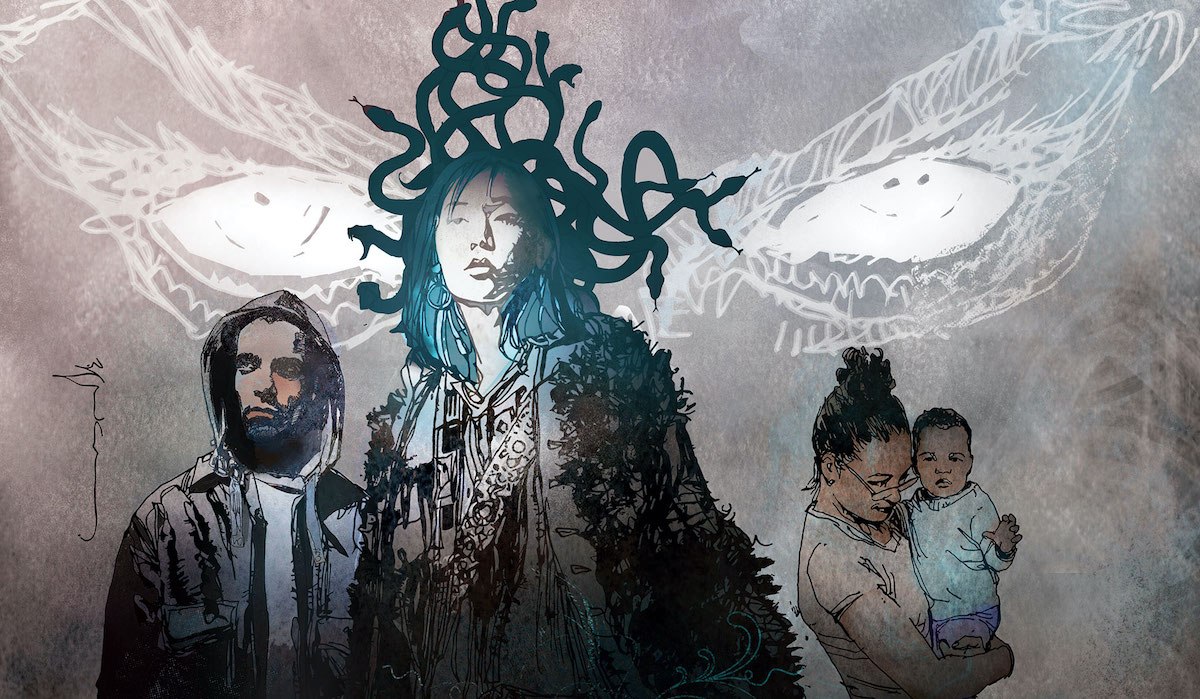 Even though The Waking Hours is a follow -p to the recently completed series The Dreaming, this is not a “you must read one to read the other” situation…this is a brand new story; however, you may come across familiar faces if you have read The Dreaming.

The story follows Lindy, a new mother that is struggling to finish her thesis about Shakespeare while also trying to pay her rent, navigate single motherhood and find time (and quiet) to sleep. The sleep part is important, as Lindy’s problems begin when she can’t sleep and finds the characters in her dream world causing actual problems in her real life. Following my own research on how Waking Hours unfolds, the simplest way to put it is: a nightmare falls in love; however, it is anything but simple. Wilson and Robles bring a beautiful queer romance to life in this universe. 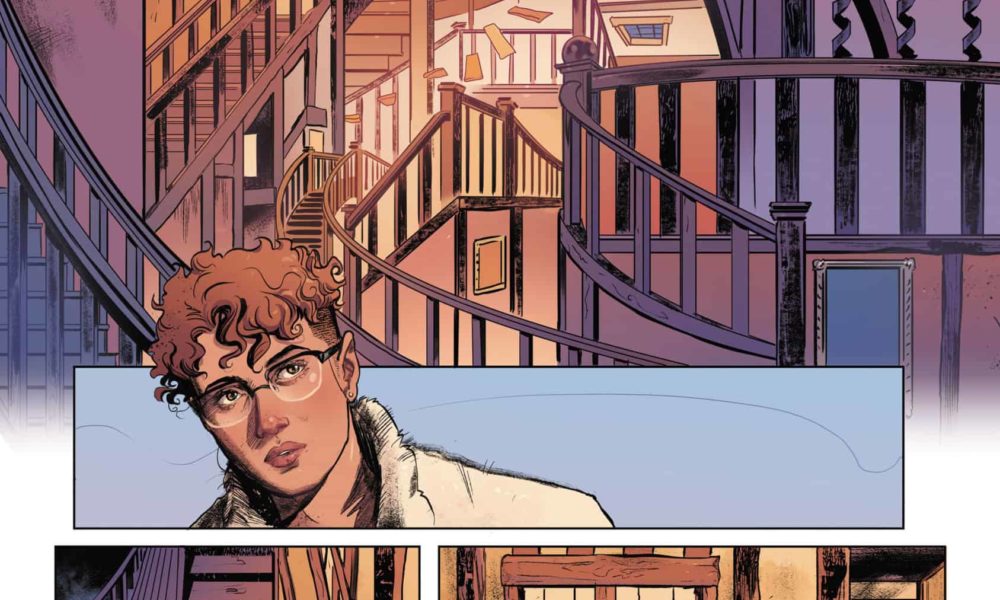 Personally, I loved the androgynous feel to the characters and how they change with various angles, expressions, and situations. Robles’ art is beautifully done and you can see that he had a lot of fun with the different elements of light, fear, and suspense that comes to life in the pages. 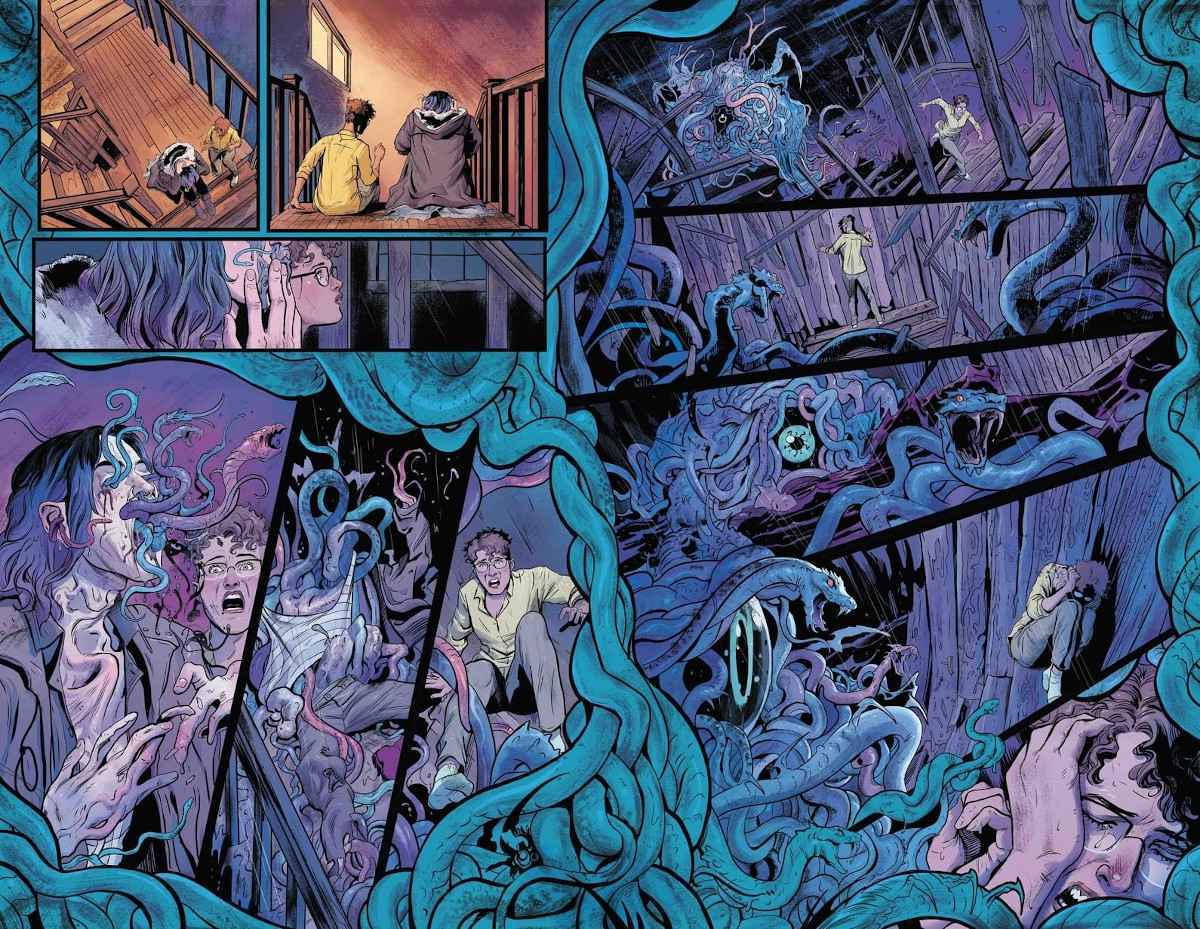 As someone that also has strange and detailed dreams, like Lindy, I felt a pang of unease seeing the never ending staircases or the glass ceilings that appears in the first few pages of Waking Hours, Issue 1. I was having flashbacks from my own dreams of nightmare houses and unwelcome guests…but I kept reading and didn’t want to stop. I’ll be suffering from my own subconscious dream world while I wait for #2, fingers crossed I encounter Dali vs Shakespeare…I was never strong with old English. 4/5 Bibles.

In 2002, New X-Men #128, Grant Morrison introduces the world to the super spy Fantomex in his tradition of bringing a snarky character like King Mob that resembles him. I’ve always liked his character and felt Vincent Cassel would portray him awesomely.

Fantomex introduced himself as a mutant with the power of misdirection, but he’s also a sentinel and Weapon XIII from the world. The World is a shape-changing dome with varying autonomous temporal zones and shifting realities to optimize Weapon production. Jonathan Hickman wrote an amazing story arc for Ultimates 10-years later where Reed Richards of the Ultimate Universe constructs a versión of the World that really kicked ass. 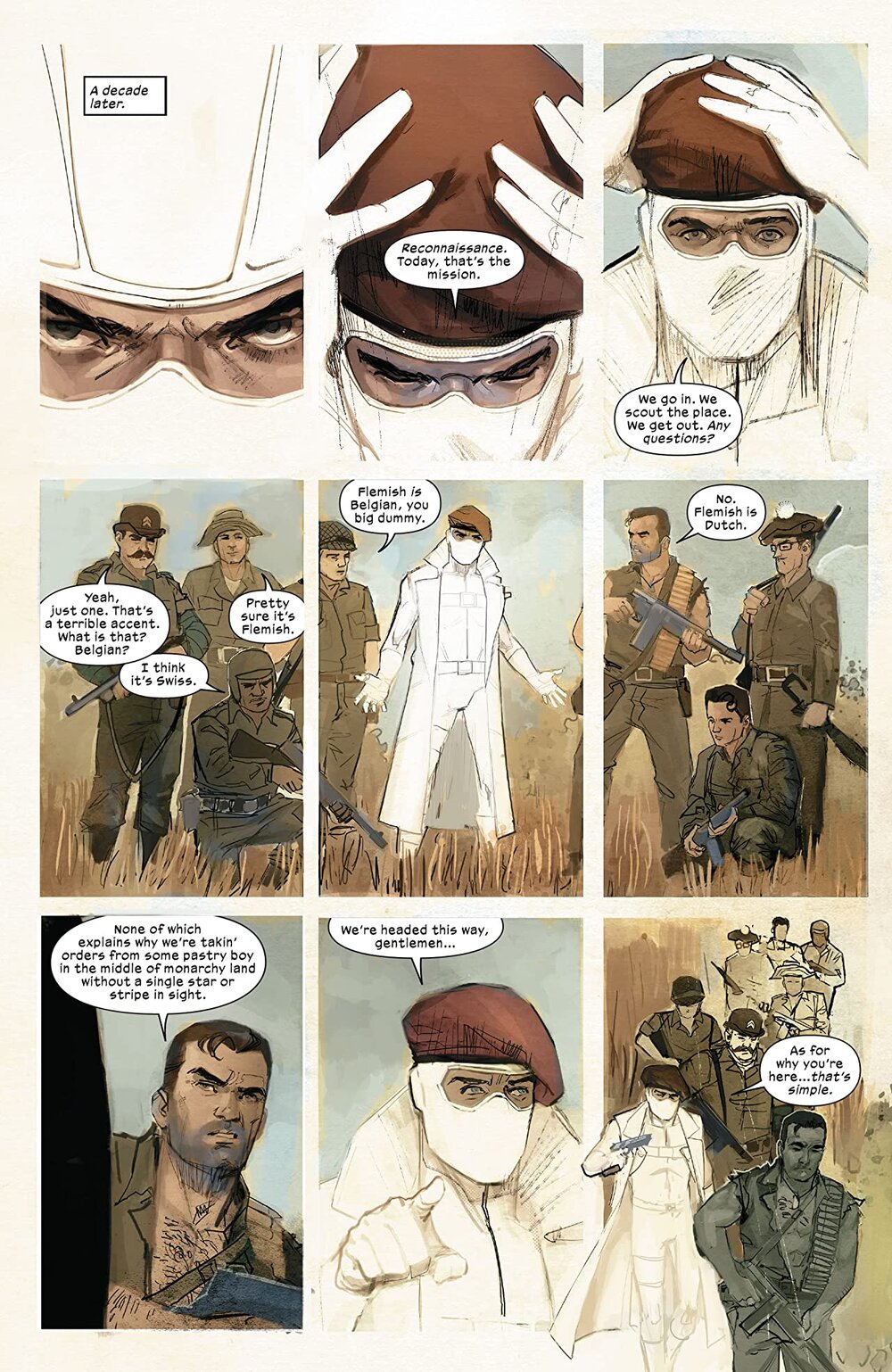 Enter Giant-Size X-Men: Fantomex, and Hickman gets his hands on this world. He gets to rationalize why it wasn’t such a success or threat because of some traditionally bumbling scientists and also gives Fantomex a heart. This is a fun story with lots of jokes. Rod Reis goes Full (Phil) Noto on this book but it really adds to the humor. There’s some Deadpool ish jabs. This is Hickman being funny and not flexing his Uber organization and scientific or occult research. I could see Mark Waid writing this as it was not in strict OG Hickman form. Actually, if you’re reading X-Men: Empyre and X-Men, you may find he’s been incorporating more of the humor Hickman fans enjoyed in The Manhattan Project.

There’s a cool and heartwarming reveal that adds nicely to the Fantomex character. I still wanted something deeper. I enjoy Reis when he is not as Notoish and we get some cool imagery in the World. In the end, these Giant-Sized books aren’t giant; they’re just self contained books that probably took the artist and writer longer to create. They’re not GIANT though. It’s not even Whopper Jr. to Whopper giant in comparison. This story was a super quick read but one might pine on the intricate Rod Reis panels. 3.5/5 Bibles.