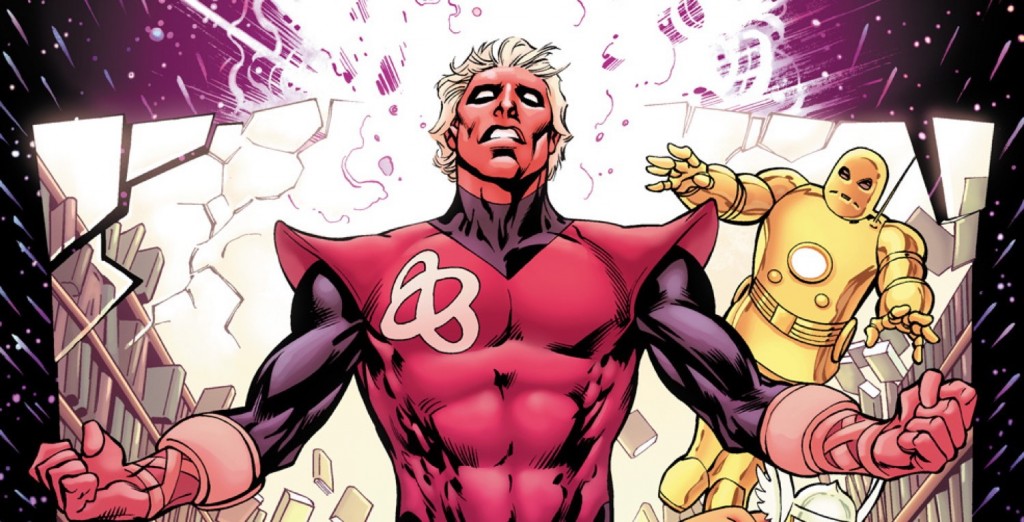 Sparking the events of these graphic novels is Thanos: The Infinity Revelation and Thanos vs Hulk. This would have been valuable information worth discovering before diving into The Infinity Entity blind, but I digress. 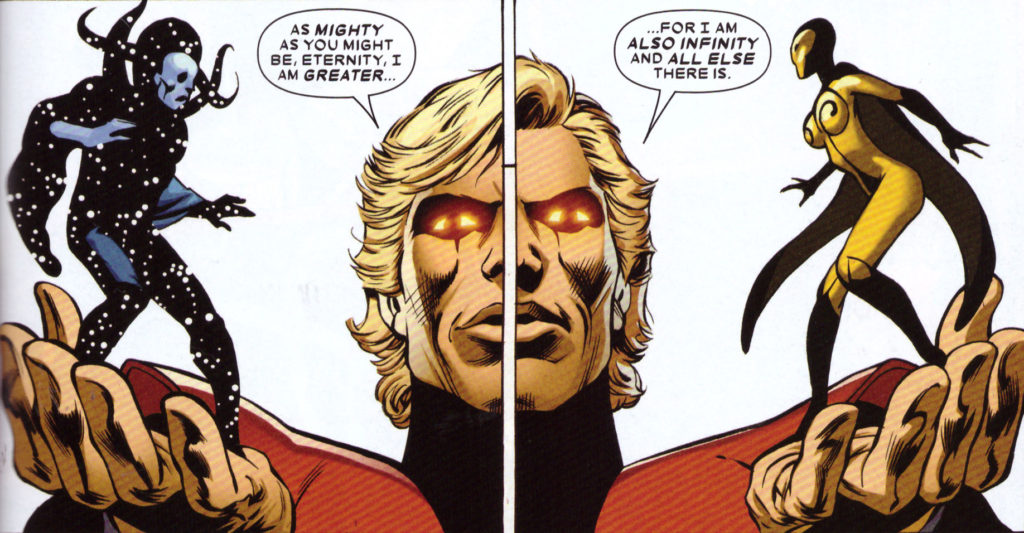 The trade paperback of The Infinity Entity also includes Thanos Annual #1, which showcases a defeated Thanos at the mercy of the ruler over Hades, Mephisto. This Thanos is saved by a future version of Thanos who may or may not come to fruition. Thanos unites with himself and the power of the infinity gauntlet, but succumbs to the overwhelming influence of The Living Tribunal as a universal transmutation begins.

Adam Warlock struggles with amnesia in The Infinity Entity. He is this omnipotent being who can’t seem to find a reality to exist in. He confronts the original Avengers, the Guardians of the Galaxy, the plane-traveling In-Betweener, as well as every other supreme being in the Marvel cosmic universe in an effort to not only regain his memory but also gain clarity on the apocalyptic visions he’s currently plagued with. 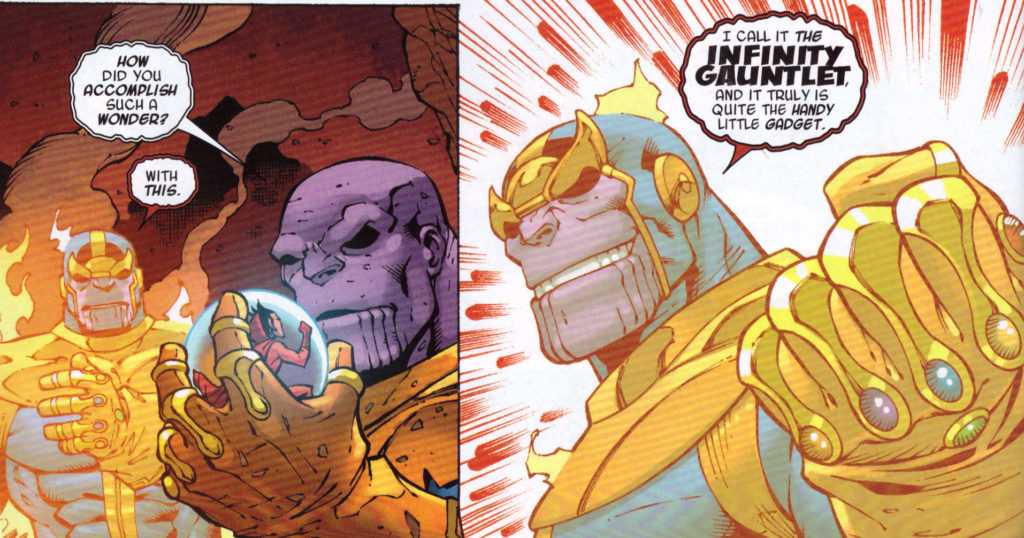 There’s one fantastic story spread across five graphic novels, but jumping in here is a gigantic tease. Beautiful imagery and an engaging concept are more valuable as a whole rather than out of place fragments. The Infinity Entity is only recommended if you’ve read everything leading up to this point.