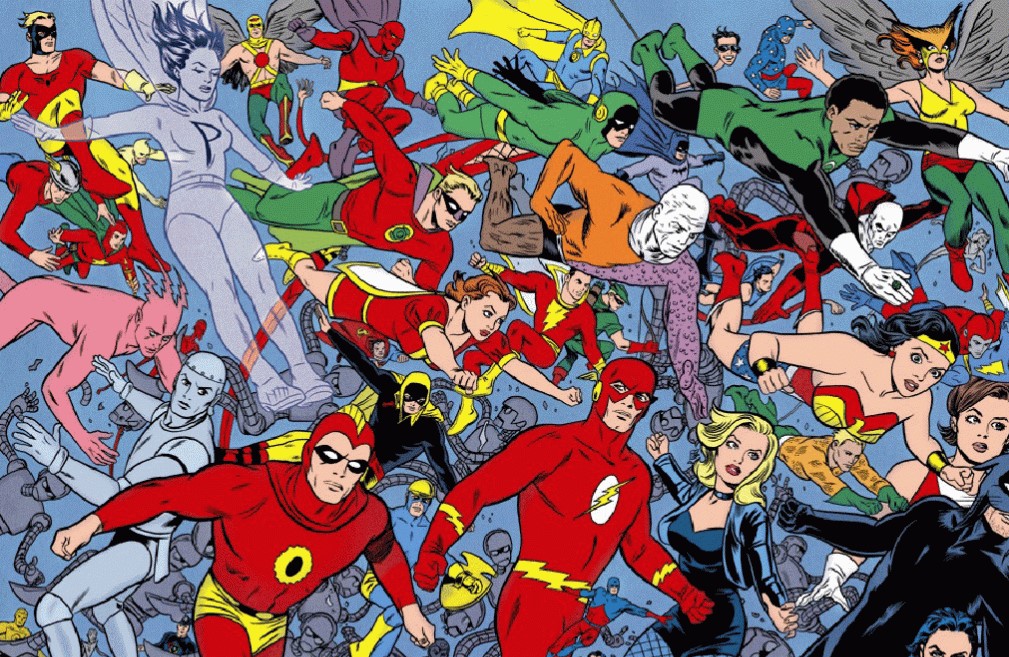 I didn’t have a firm set-up for my third quarantine Wednesday Night Mass, figured I’d start with finally opening up the SOLO Omnibus I got Christmas before last and then heading over to a couple of the latest adaptations of Gaiman’s short stories, SNOW, GLASS, APPLES or A STUDY IN EMERALD. Maybe get wild around one o’clock and power Hickman’s HO– USE OF X/POWERS OF X for old time’s sake (the old lost gas-guzzling times of last Fall). So, I got started with SOLO… 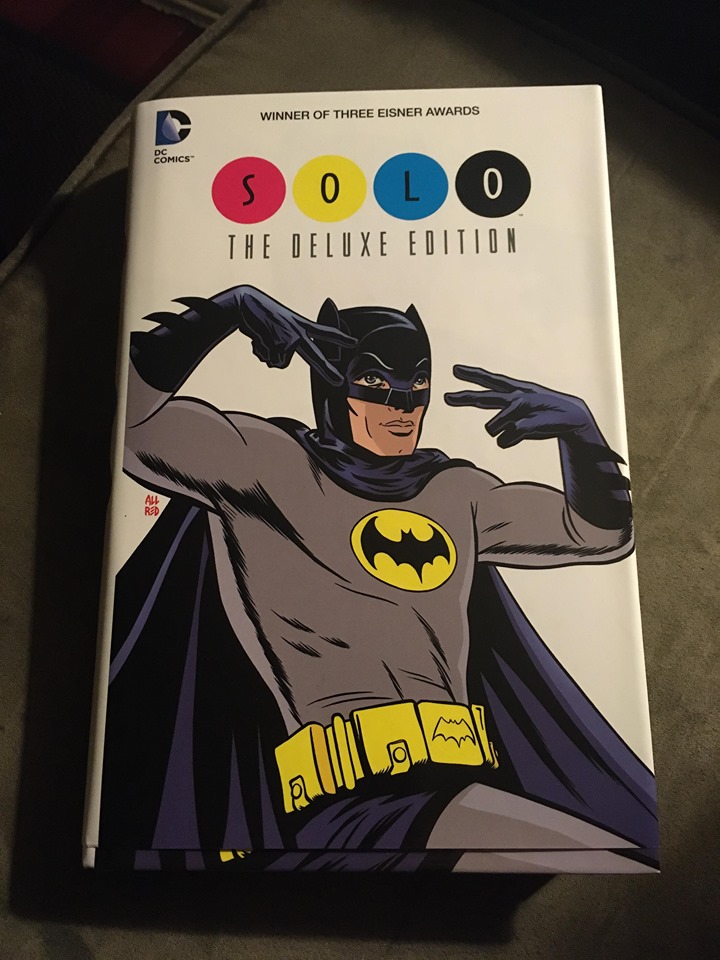 If you are not hip, as I was not in 2004-06 when these were first released in 48-page singles, SOLO is a brilliant auteur-driven series conceived of by long-time DC VP-Art Direction and Design Mark Chiarello, who had already brought BATMAN: BLACK & WHITE into the world and at this time maybe had WEDNESDAY COMICS firing somewhere in the back of his synapses. But a modern-day Julie Schwartz, as far as I was and am concerned. Or as close as we were ever going to get.

The conceit was Chiarello would invite the artist to do whatever he wanted. Just play. Total artistic control, no continuity issues, Chiarello would protect you from Editorial, just let it rip. At some point, I remember hearing that the only hard rule was that one of the stories had to be set in the DC Universe, but maybe that’s apocryphal. At any rate, several always were. Some issues were top-to-bottom written/illustrated by ____, others invited their friends to come in and play, but these writer-folk would always be heavy names like Neil Gaiman. Over the years, I have picked up maybe nine of the twelve, but never managed to track down the whole set. But this $50 hardcover has all 576 pages of all twelve issues. I was thrilled to dig in, tore off the shrink-wrap, and did exactly that. 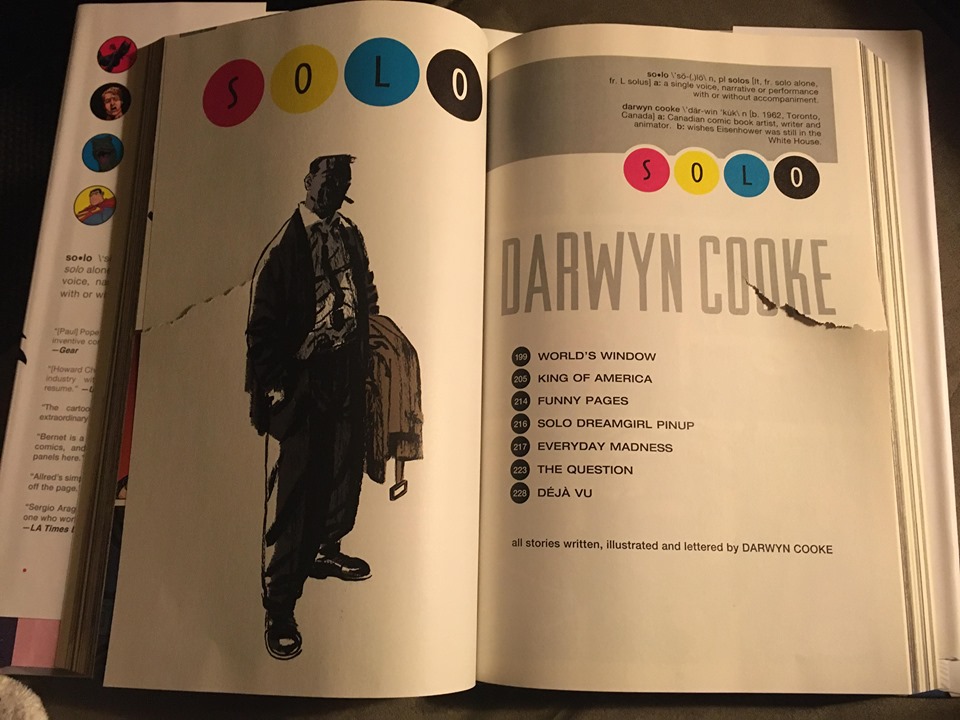 First up is Tim Sale, who I had really forgotten how much I loved his expressionistic lines in the late nineties and around the turn of the century. Absolutely doing the heavy lifting in the fan-favorite Loeb partnership. And then all the way up through the first season of HEROES, Sale on such a ride. Darwyn Cooke writes the first 12-page story, nailing every beat so perfectly, it’s unbearable. Now remember, I hit these all piecemeal after-the-fact, so the fact that in linear sequence, this is the first story of this series, it’s absolute madness. All the sexy rooftop-romping that King has been doing lately with Bruce & Selina, it’s all packed up in here ten years prior. Sale does a Supergirl Ben Day romance comic, brings Loeb in for an extra real quick little Superman senior-prom season, and takes us out with noir. First issue is a tour-de-force.

But aren’t they all. I was only peripherally familiar with Richard Corben outside this series, but his achievement is also titanic. And then Paul Pope is #3, and I am an enooooormous Paul Pope fan; I think he’s one of the best living practitioners of the medium, but reading this for the second time annihilates me. Apparently these 48 pages were a blossom-explosion for him. He starts with Daedalus trying to get out of Minos’s labyrinth and the secret origin of the Minotaur, rambles right on into the best Post-Kirby take on O.M.A.C. that we’ve ever seen before or since, and then has a kid on his bicycle outside the dearly-departed El Cid on 8th Avenue just a couple blocks up north of 14th Street where I had one of the Top 5 best meals of my life there in 2002 or so– so I’m just on the rope-a-dope taking body-blows at this point. Then a little precursor to BATMAN: YEAR 100. I’m still not even sure what happened in terms of craft, it was such a visceral experience. Maybe next time I’ll figure it out, but I hope not. 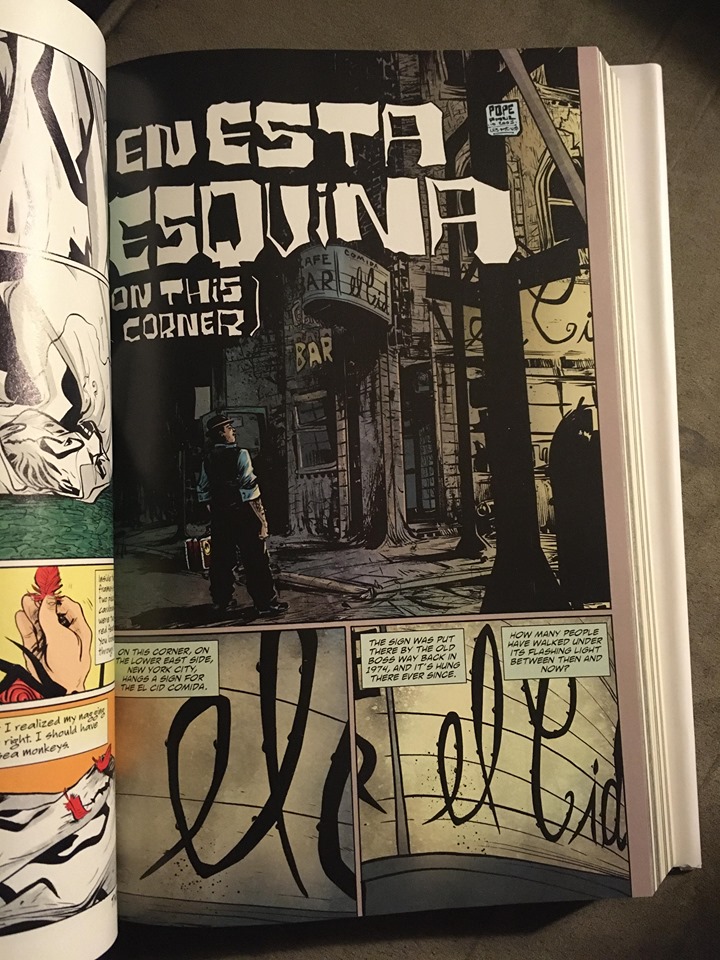 Then Howard Chaykin doing Lester Young, but not Lester Young. At this point in the evening, I realize that I’m not reading anything else tonight but this book and is there any way I can get through it all? Chaykin just a master of the form all through his turn, then #5 is Darwyn Cooke, who it guts me out to even type his name; 53 years was not nearly long enough for that beautiful spirit and imagination, but at least he got to share so much with us.

There’s a wild deal where, I already mentioned this omnibus was in shrink-wrap until the instant I started reading it, but just across his title page there is a set of mirror-tears. As if perpetrated by bereaved vengeful page ghosts May 14th four years ago in immediate mourning. I honestly can’t . . . look, if you track down two random back issues of this whole deal, find the Pope and also this one by Mr. Cooke, and there honestly aren’t any other single issues the entire decade produced that do a better job of taking everything you loved or even imagined was possible about the medium in those wide-eyed first days as a child where you even began to glimpse what could be, and then they just reach back across space/time into a 1985 7-11 and take hold of a spinner rack and pull it forward and just beat the shit out of you with what these guys grew up to accomplish. Ooof and goddamn. 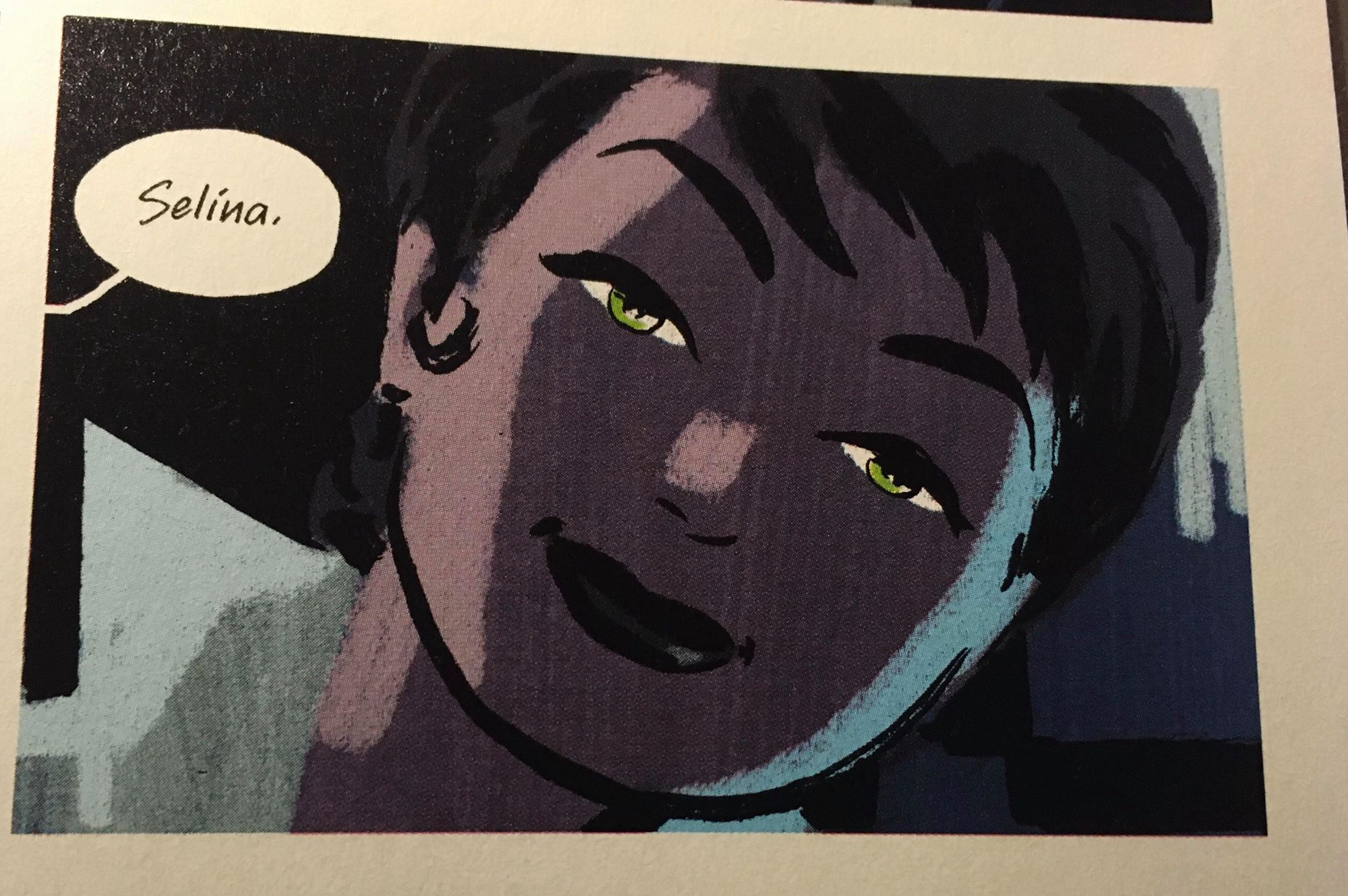 Deeply page-drunk after Dar, He and I’re on a very informal basis now, I decide to read the Jordi Bernet issue to make it an even half-dozen and call it a night. Only then #7 is Allred. How can you stop there? It’s almost three in the morning. I make it most of the way into the Teen Titans having a party in Bruce Wayne’s penthouse and almost about to fight the Doom Patrol, who are in Rita’s apartment right down below. Reading all twelve issues in a row, completely well-rested even, is unthinkable.

Y’all. It is sad that there’s at this moment no new product. The industry has ground to a halt. But it will return. And in the meantime, there’s no chance you’ve read everything worth reading. I mean, I haven’t, and I’ve been trying so hard for my entire life! Have you hit all the classic legendary runs by Alan Moore, Grant Morrison, Neil Gaiman, Warren Ellis, a lot of which happened since the turn of the century along with Geoff Johns, Ed Brubaker, Matt Fraction, Brian Michael Bendis, Jason Aaron, then really Jonathan Hickman and Tom King lately this past decade crashing out of nowhere and delivering material that has deconstructed me down into atoms and rebuilt me back into a slightly better version of myself? And those are just writers. Obsess over artists if you like, I certainly do. Keep reading. Keep imagining yourself into a better version of you. Keep on.