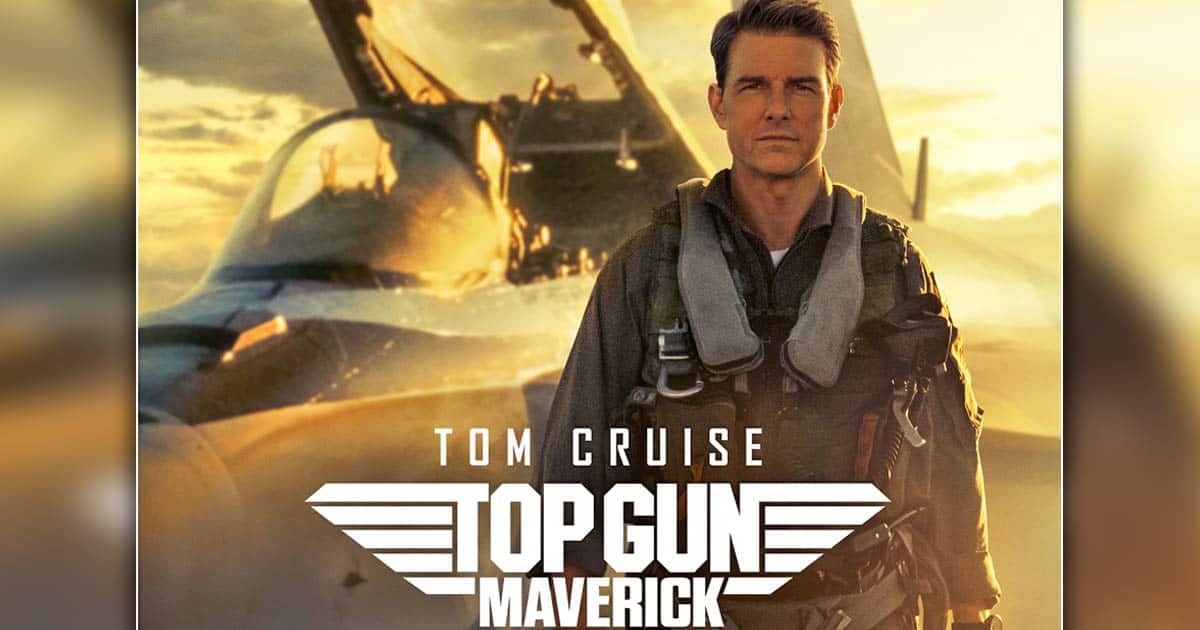 2022 is the closest a “summer movie season” we’ve had in years thanks to a full arsenal of blockbuster films. Thus it’s finally time for the Holy Grail of delayed movies to be released, Top Gun: Maverick…

Filmed three years ago, the sequel to the late Tony Scott’s famous 1986 original had been shelved numerous times. Maverick‘s creative team would remain adamant about the film being seen in the intended form—on a big ass theater screen. While Christopher Nolan tried (and failed) to make Tenet work during this era for the same reason, Tom Cruise and company took note and waited. And waited. But tl;dr—TC knows what the heck he’s doing.

Captain Pete “Maverick” Mitchell (Cruise) is still a test pilot 35 years later. As much as some want those shiny gold stars on their collars, Maverick’s callsign keeps him true to his character– his reckless actions continuously piss off his superiors and hold him back from career advancement. I would argue he’s fine with that. But a high level mission develops where a foreign unnamed enemy (that’s all they give us, maybe it’s Cobra-La!) is threatening with the building of a uranium-enriching plant and that’s a big no-no in the NATO rulebook.

So, instead of Maverick being on the brink of being bounced from the Navy entirely, he is assigned by his former rival-now-high ranking superior, Ice Man (Val Kilmer returns, people!), to go back to the Top Gun academy he famously excelled at. Maverick’s new gig? A teacher for a next generation of “best of the best” pilots. Mitchell is to give them the necessary training to be successful.. in a mission where the only margin of error is likely to get them killed. Spot-on Hollywood predicament.

Here is where the movie could have easily failed but doesn’t. Tom Cruise embodies Maverick so well even following a three decade plus absence. He comes in as a man who is still flawed, has baggage, and is also still easily shaken by seeing his deceased friend Goose’s son, Bradley “Rooster” Bradshaw (Miles Teller) as one of the pilots he must teach. Teller does a fine job of showing his inner struggle in his dealings with Maverick. But for the rest of the class, Capt. Mitchelle takes charge, standing up there firm and confident and addresses them with deep knowledge and experience.

The movie gets going when Maverick puts them in the jets for a dogfighting exercise against.. Maverick. In addition to Rooster the class is filled with other call3signs such as “Fanboy”, “Payback”, “Coyote”, “Phoenix”, “Hangman” (who comes off like Ice Man 2.0), and “Bob” — the quiet brain of the bunch. And I wish there was a better way to flesh out the team more and give them something beyond their helmets. That being said, I didn’t find any of the young pilots insufficient. All of the scenes involving flying jets had plenty of charisma, spunk, and pure enthusiasm from the characters.

Top Gun: Maverick didn’t spare any of Hollywood’s finest by bringing in some of the best veteran acting talents. Jon Hamm is Cyclone, an Admiral in charge who can’t stand Maverick. You’re going to enjoy their banter. Jennifer Connelly plays Penny Benjamin, Maverick’s on-and-off love interest; thankfully Connelly does a great job playing the hard-to-get rock that Mav needs to succeed. The return of Kilmer is great fan service, and even after battling throat cancer in real life, Ice man brings a proper emotional weight to the sequel.

All of these are the ingredients to make the movie legit but none of this cast would matter if it wasn’t for the well written script by Ehren Kruger, Eric Warren Singer, and Tom Cruise’s Mission: Impossible collaborator Christopher McQuarrie. There’s some memorable comedic one-liners and plenty of nostalgic throw backs to the first film. Are they all necessary? Probably not, but it shows that they really tried to give the audience a lot of moments to cheer about. Director Joseph Kosinski brought a lot more action to this film from its predecessor with several F-18 jet flight sequences and a third act that had me fully engrossed and completely wrapped around his finger. The dogfights were action-packed with exciting maneuvers. Kosinkski also gets credit for not overusing all the old music cues or playing “Danger Zone” 25 times. They classics are in there, but used in timely manners.

I was fortunate to see this in the new ScreenX format which sizzles up the film in a panoramic style. Using projectors on both sides of the main screen they shoot the image of the film onto the walls creating a three screen wraparound format for the viewer. And Top Gun: Maverick is definitely the film to catch this in: the jet-flying sequences were displayed in a full encompassing style that made me feel like I was sitting right in the cockpit of an F-18. The additional screens extend out like welcoming hands to pull you into the scenery even more as you can see all the lush forest landscapes, surrounding oceans, and massive and oftentimes dangerous mountain ranges that the pilots must navigate through. To be clear, there are no false additions as the ScreenX format is a mere extension of the frame from the main centered screen. For anything that requires more for the eyes to take in, the panorama style adds to the cinematographer’s vision.

I will confess that when Maverick was announced I was one of the naysayers, with stuff like “oh, here’s Hollywood with more unoriginal ideas.” I didn’t think the film-going audience needed more Top Gun. I was wrong. Paramount, Tom Cruise, Joseph Kosinski, and all involved I salute you on a fantastic ride for the summer.