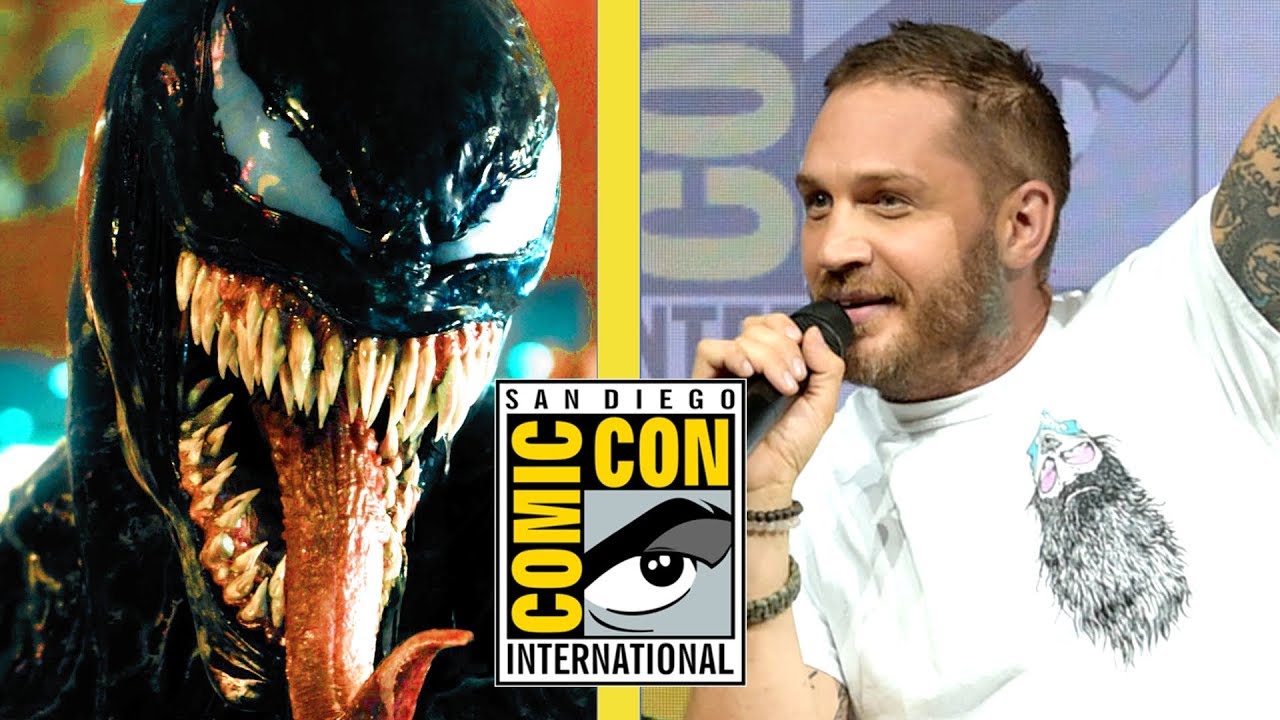 SONY PICTURES (Hall H – Friday) – I guess it’s cheating that I write this article since I got to be a, albeit Spidey-sized, part of the Venom film. But I will tell you that director Ruben Fleischer (Gangster Squad) — who wasn’t super thrilled just a few weeks ago with how the Moods aimed his 40 cal. tear gas at the Symbiote menace — was delightfully exuberant with his franchise and its hopefull future. In addition to mentioning Riot, a symbiote who transfers into people and other forms, who wouldn’t be pumped when Tom “Fucking” Hardy is your leading man? “At some point down the road, [Sony and Marvel are going to run into each other’s paths,” Fleischer later teased. 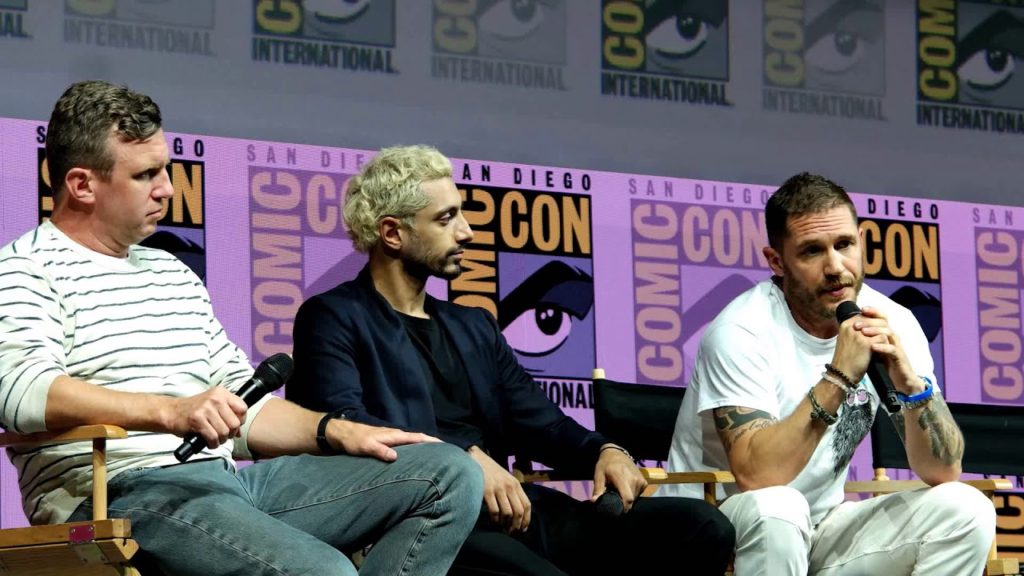 While seeing Peter Parker and Eddie Brock clash their webbed-up magic on screen again would make every Marvel fangirl and boy happy, Hardy was even more thrilled to finally make a movie his comic-adoting fan could see. Kinda. “My son is a massive Venom fan and a strong influence as to why I should play Venom… so I did something where I bite people’s heads off,” Hardy clowned. This was also Hardy’s first Comic-Con (despite Mad Max: Fury Road having a major presence just a few years ago), and he couldn’t stop geeking out. “I thought I could do a similar technique [to Legend, playing two characters], but with Venom I get to play with a huge, visual effects monster with an abundance of money to spend on it.”

Despite the usual lack of faith on a Marvel movie project not run by Marvel Studios, it looks like Venom could actually live up to our tempered ??) expectations. The footage packs the deep psychological paranoia and seeming lead performances from Hardy, Michelle Williams and Riz Ahmed (Carlton Drake) needed to make this a film with the right vibe. I’m looking forward to it more now than ever, even if Fleischer does leave my carcass on the cutting room floor.

Venom wasn’t the only web-tinged news coming from Friday’s Sony panel. The animated Spider-Man: Into the Spider-Verse wowed diehard fans of Dan Slott’s well-regarded comic run. Spider-Man Noir (voiced by Nicolas Cage), Peni Parker (Kimiko Glenn), and everybody’s favorite red and blue anthropomorphic pig Spider-Ham (John Mulaney) were showcased in the Sony panel, and the high energy visuals matched the cast and producers’ joy for the project. Co-director Phil Lord (The LEGO Movie) said that Miles Morales’ (Shameik Moore) story will take place in an alternate dimension, with The Spider-Verse promising “alternate ways of telling the [Spider-Man] story and all these different people that experience it.” Lord then asked the Ultimate questions. “What if those different stories intersect? How would it shake them up? What would happen if these people met?” A damn good animated Marvel film, is what. 3.5/5 Anti-Venom Ham Tasters.