War of Realms is the break from the vanilla storylines of these Marvel heroes that we all have been waiting for.

In this issue, War of Realms Omega, we are wrapping up the War of Realms and placing our heroes in their new positions in comics. Daredevil retires from being the all-seeing “God without Fear”. Jane Foster takes on a new role for Thor, who is now the new All-Father. Loki also becomes a king, the king of the frost giants; and Frank Castle is on a mission to avenge the fallen. These storylines are all badass– the WotR fallout should be a great break from what we are used to. Marvel has a tendency to reset the status quo after a universe-shattering event, and it’ll be interesting to see where these character go in their new roles. 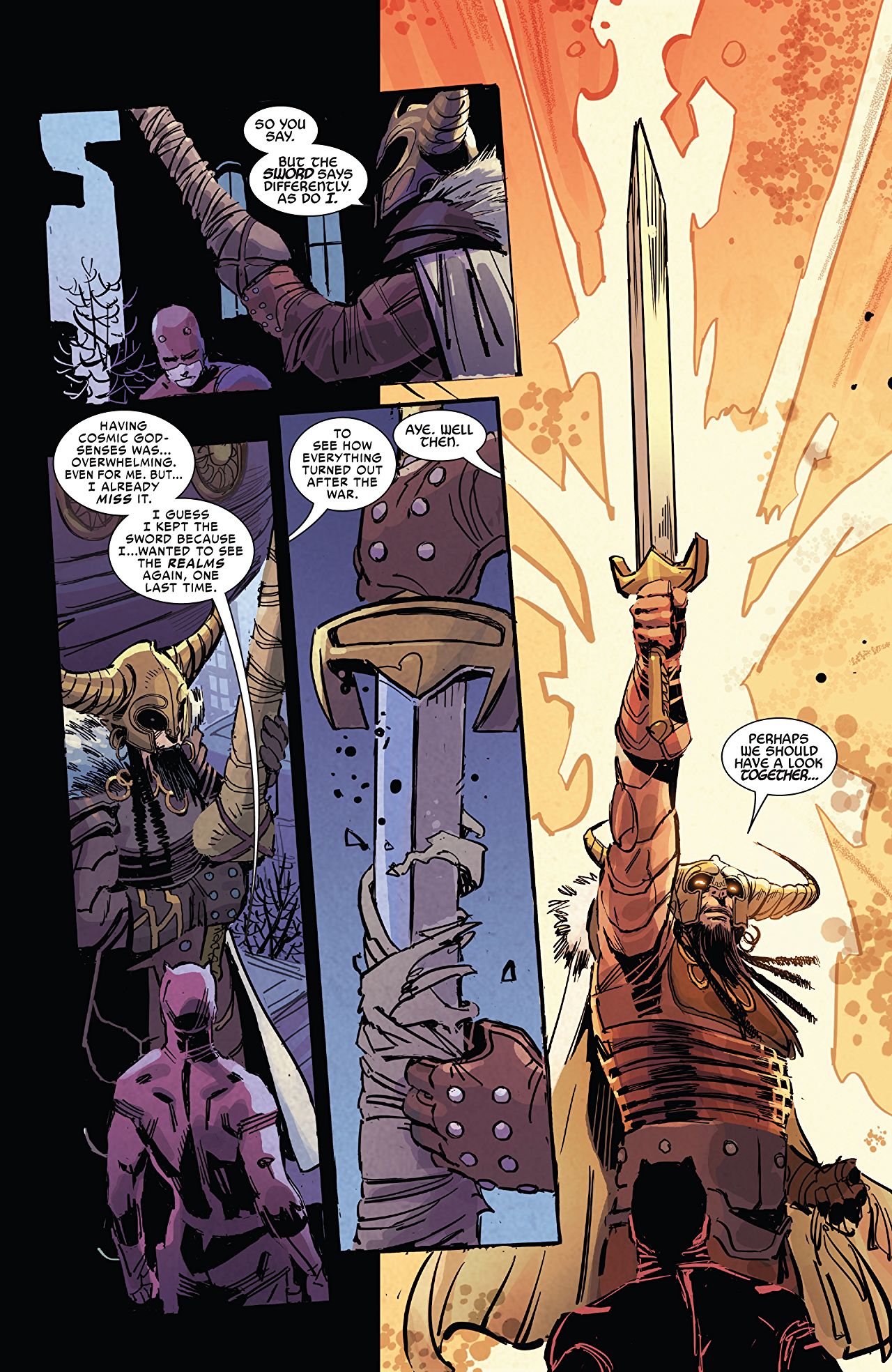 Writer Gary Duggan really knows how to spice things up. His writing has shown that he knows what he is doing, and has a master plan. This isn’t a major crossover event just for its own sake, but there’s a clear endgame for him that he’s working towards. Artist Juan Ferreyra’s visuals to accompany the story could not match any better. Each new story has a mission that I can not wait to see where they go. “The War of Realms is over. Now its major players have to contend with what’s left behind.” 5/5 Amazing, Newly Formed Storylines!

After nearly sixty years of appearances in team books, Susan Storm-Richards finally has her own comic. Tapping Mark Waid, who not only has encyclopedic knowledge of Marvel (and DC) but has also written a top notch Fantastic Four run previously, was a no brainer. In this story, it’s revealed that in her early FF days, Susan occasionally took part in SHIELD missions for Nick Fury Sr. Something that occurred on one of these missions comes back to haunt her ten years later. Waid provided decent dialogue and efficient pacing. Mattia De Iulis’ art is like a beautiful hybridization of Salvador Larroca and Christian Gossett. This painted style is quite mesmerizing. The only negative to the art is that the backgrounds are so sparse that in many panels, it really hinders relaying the scope of the scene. This creative team has solid synergy, but something just feels off.

I don’t want to say that I put Waid’s work on a pedestal. It’s just, if any other creative team turned this in, I’d say that it was top notch. But Waid writes top notch in his sleep. The easy layup of making the Invisible Woman a secret agent may have felt a bit lazy. Also, the square peg/round hole nature of her being a celebrity super hero with a no-killing rule navigating the world of espionage should be more enticing. Maybe this was a case of me having insanely high expectations due to the creators. This is far from a bad book. I will give it a few more issues to blow the doors off like I know these creators can. 3.5/5 Bibles.

Damn, this is a good starting point.

Right off the bat, we have Wolverine dragging Captain America into what (I hope) promises to be a sprawling, epic conspiracy story. Without ruining too much, it only takes about two pages for Cap to go from reminiscing while strolling in his neighborhood, to Logan making an explosive entrance in a very “no time to explain, get in the car” manner.

What follows in this debut issue is what could be one of the biggest conspiracies in the Marvel Universe, intertwining world governments, various Weapon __ programs, and who knows what else? 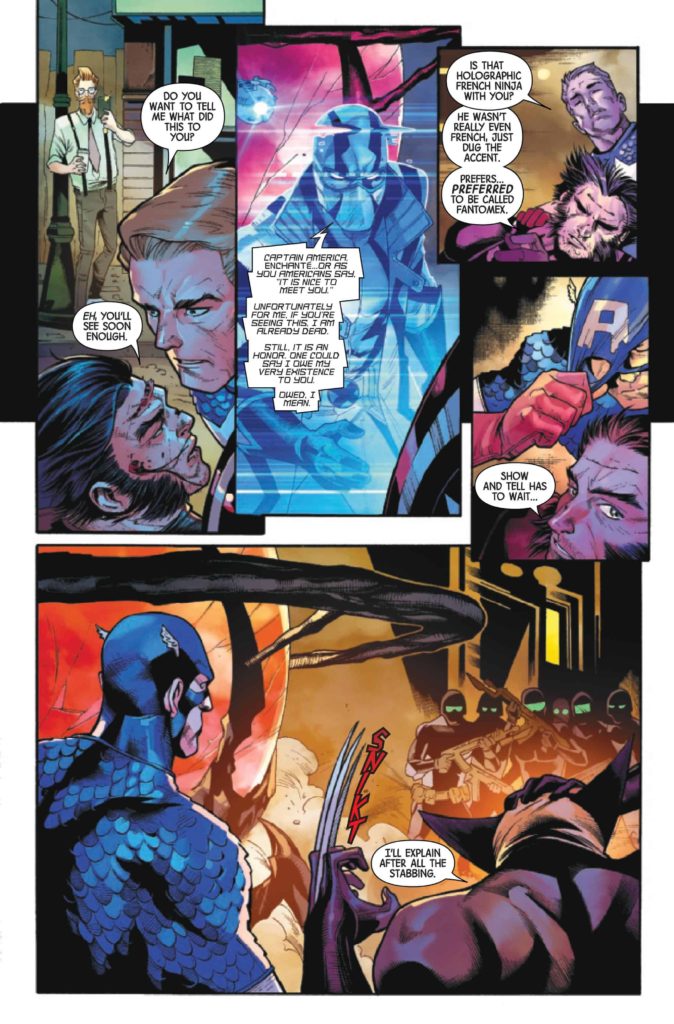 The attention to detail (specially the backgrounds) by artist Diogenes Neves is phenomenal. Frederico Blee‘s coloring and Adriano Di Benedetto‘s ink really pull everything together for some great pieces and action panels. But writer Ethan Sacks is the one to credit for putting together what looks to be an exciting, epic adventure featuring two characters who couldn’t be any more the opposite of each other.

I’m all in for this chase with Cap, Logan and Phantomex’s hologram (you’ll see when you read it). If you haven’t yet, I’d recommend grabbing this sooner rather than later. 5/5 Encrypted Data Bibles.