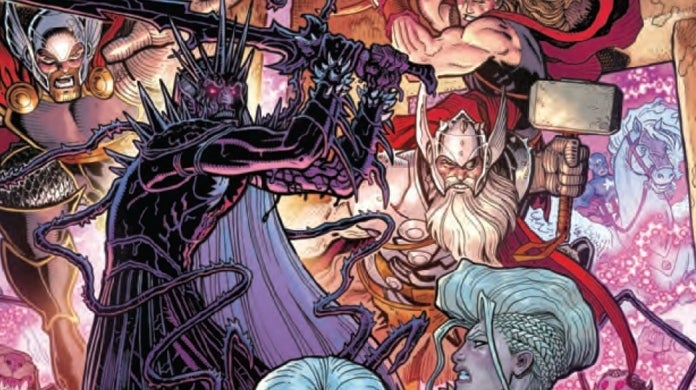 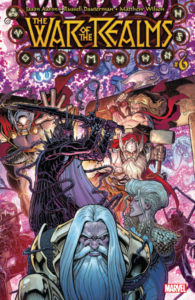 Jason Aaron, Russell Dauterman, and Matthew Wilson had their work cut out for them delivering a mini-series that’s the culmination of seven years’ worth of ever-escalating narrative across several titles and more #1s than mere mortals can reasonably comprehend. And they’ve performed admirably. The creators show up with a story that feels as huge as it should, with stakes escalated as high as possible, but still in a way that feels earned through all of Aaron’s set-up.

We’ve got the cast of the entire Marvel Universe on hand to defend Earth from a seemingly insurmountable foe. But it all comes down to this issue. Many tales have begun, thrilling their readers all along the way only to stumble once events come to their necessary resolution. The expectations are even higher here because.. this isn’t just the sixth issue of whatever Big Event the editorial department cooked up for this financial quarter; this is paying off business that started getting set up in 2012. But there is nothing to fear…

It’s no surprise to long-time readers that Aaron and his collaborators knock it out of the park. Thor’s solution to last issue’s twist of having to face Malekith alone is elegant and deeply resonant; it even reaches all the way back to Aaron’s first arc, while paying respect to everything that’s happened along the way in a manner that might leave you choked up (you know, if you’ve been here all the while!).

By the end of the issue, it’s apparent that Aaron has brought us so very close to the conclusion of a run on the character that can already be regarded as definitive and whispered in the same breath as Kirby and Simonson. Masterful work from Aaron all around. But Dauterman & Wilson’s names must also be trumpeted across the realms. This art team turned in six oversized issues without any fill-ins. It’s a master class in presenting a massive event with a balanced portrayal of a huge ensemble with world-shaking events exploding off the page, in both jaw-dropping double-splashes and multiple-panel action that always puts clear and concise storytelling first amidst all the madness. 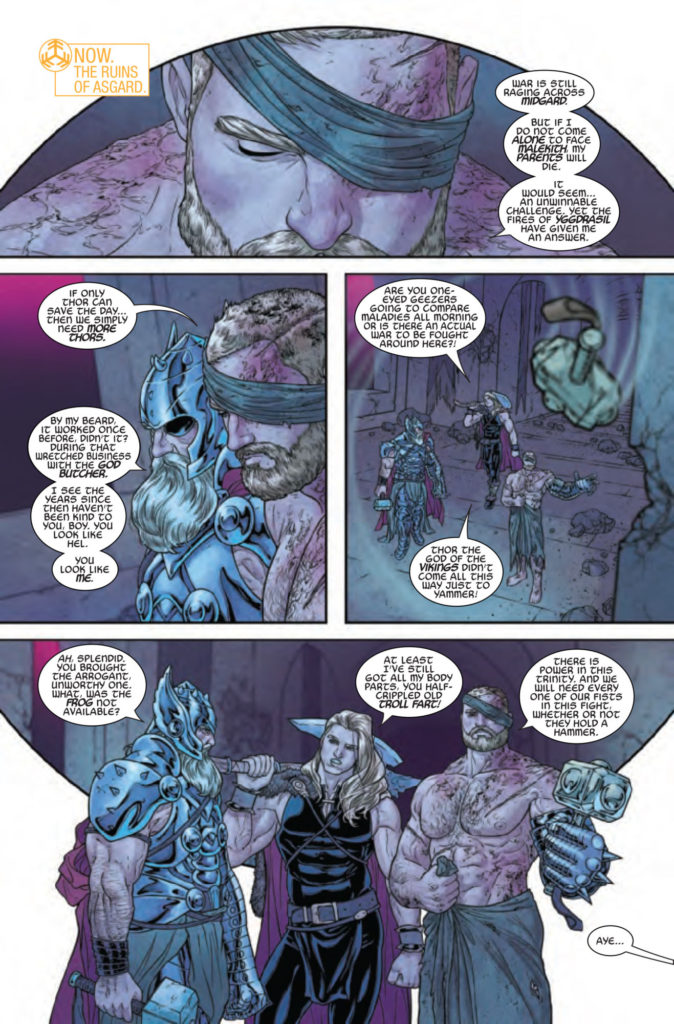 As ever, this final issue of War of the Realms sets up plenty of threads to come, and there’s just a little bit of Aaron’s story left to tell; but for now, we raise a stein of good mead and toast the ones who brought this monumental war to a satisfying close, those who fought it and those who told it. For Asgard! For Midgard! For Kirby. 5/5 Rightful Lords of Asgard.