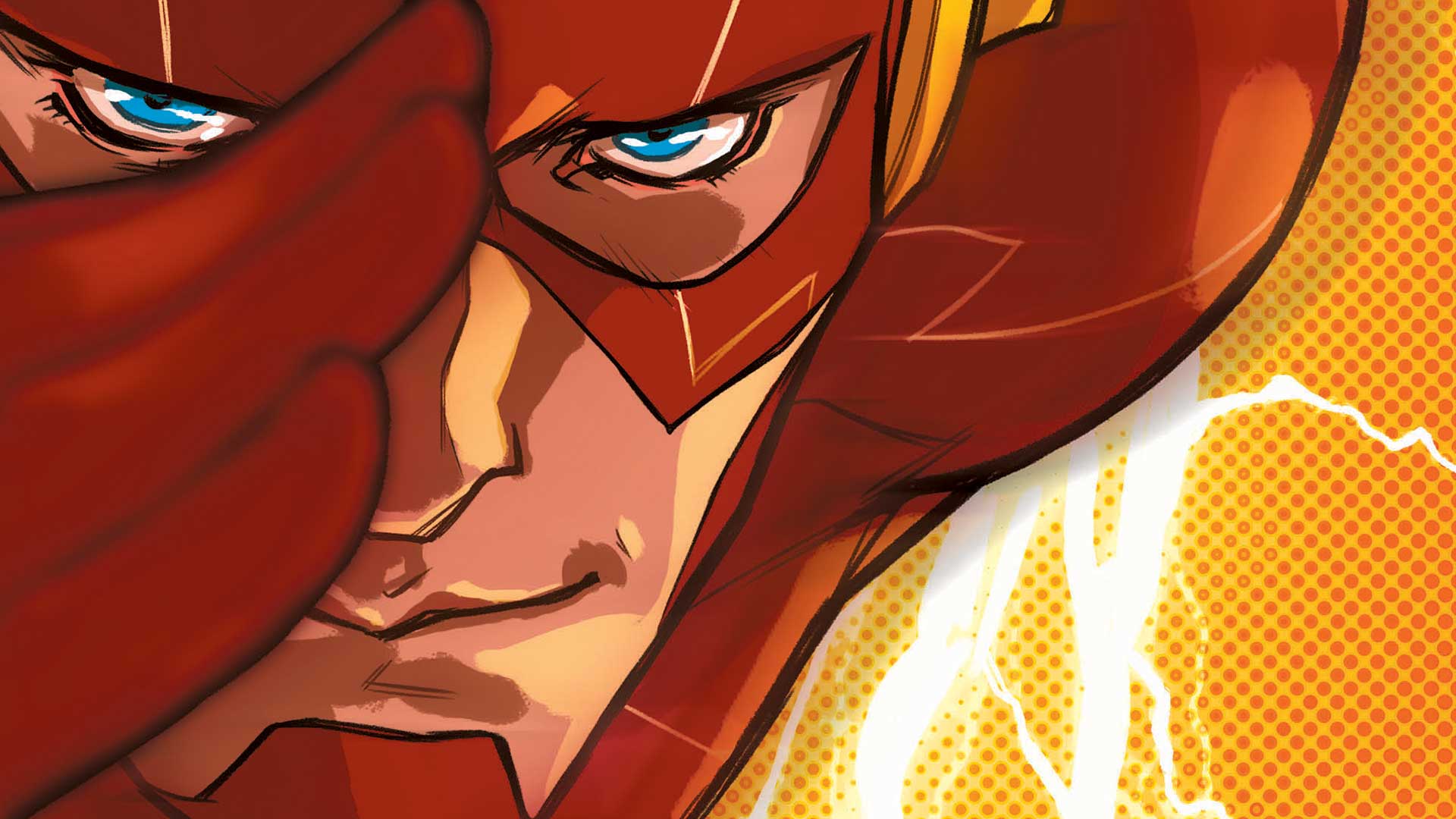 In a world full of male comic book characters and only a select few scantily clothed women –- there comes Wonder Woman Rebirth #1. As a woman, I am all for strong independent women comic book characters; however, I am not about a woman just trying to find some man or creature to tell her who she is and what the end of “her story” is. Despite all of its exposition — nearly damn all of it — Wonder Woman Rebirth #1 was a little confusing at times, and very repetitive. The story skipped around a lot and, at times, felt like it was missing the point: Wonder Woman attempts to figure out what happened to her and what happened to her story and why it is always changing.

Doesn’t Wonder Woman know that–in a world full of Kardashian’s–she should at least bring something different to the table that’s not all tiresome? At least artists Liam Sharp (2000 AD) and Jeremy Colwell (Powerpuff Girls) do a fantastic and vibrant job of bringing Wonder Woman Rebirth #1 to life. The colorful palette this comic book uses is eye-catching and will leave you stunned with an energetic feel. Greg Rucka‘s (Punisher) script could definitely use some work, but there is a decent foundation; it could just use more of an overall purpose and a little more tightening up. Diana is supposed to shatter earths, but that’s, sadly, and definitely not the case here. 2/5 Bibles.

My people! The Belser, here again to brighten days and light up nights (whatever that means…lol). Today’s review is part of the Rebirth storyline, DC Comics’ latest “not-a-reboot” effort to feature one of the most visible heroes in recent years, The Flash. Between the popularity of the CW show and the revival of interest in the 90s show, The Flash is definitely an A-Lister in the eyes of the public. So here’s the story: While investigating a crime scene that closely resembles the death of his mother, Barry Allen is having Speed Force visions of a young man pleading for his help. The young man is Wally West, the former Flash.

Due to the events of Flashpoint, Barry initially has no memory of Wally. That is until a flash of recognition brings Wally back to reality. Meanwhile, Wally also attempted to contact–of all people–Batman. In doing so, White Wally leaves behind a clue, a bloody smiley face button, that surely will lead to a much bigger mystery (if you read DC Universe Rebirth #1, you’ll know what and who is exactly watching them). The Belser really liked this comic. The story by Joshua Williamson (Birthright) was very compelling and easy to follow. The art by Carmine Di Giandomenico (All-New X-Factor) was equally impressive. My favorite page showed The Flash attempting multiple jobs at once (saving the city, working his CSI gig, going on a date, etc). Hurry geeks, and get your butt to the store. 4/5 Bibles.

As a longtime Aquaman fan, it’s nice to read a story that doesn’t take itself too seriously, and, even better, when touching on some of the more frequent jokes thrown at our favorite fish-hero! Dan Abnett (Warhammer 40,000) crafts an excellent jumping-on point for past fans (or even newer readers), hoping to find out more aqua adventures just before AM gets his big screen debut. Abnett sets our hero as a fish outta water, a man stuck between two worlds: the land dwellers who laugh at him and the sea people who don’t trust his human heritage. Even his new Fiance, Mera, is often at a loss with her blonde love.

The creative team pits Arthur against a rogue splinter cell of Atlanteans set on damaging the thin peace the Sea King has fought to build (assuming, New 52). The art of Scot Eaton (X-Men: Endangered Species) and Oscar Jiménez (The Flash) is some of the best I have seen grace this super water hero in years. Though, it would have been nice to see Arthur’s look brought more in-line with the theatrical version coming soon–if for anything, to at least bring more new fans to the book perhaps confused with a blonde Ken doll over a Dothraki-water-war-hero! 4/5 Sea-Horses Agree.

“We’re getting the band back together! (Well, for the first time)” Detective Comics #934 is the return to the original numbering, with the same ol’ Batman and the same ol’ mission. But this time, The Bat has plans not to go it alone. James Tynion IV (Batman Eternal) & Eddy Barrows (Nightwing), with Eber Ferreira & Adriano Lucas, have been tasked with making sense of this new vigilante team consisting of Batwoman, Red Robin, Spoiler, The Orphan (Cassandra Cain) and Clayface?! Ok, I’ll bite.

This first issue in the Rebirth Universe quickly establishes that someone is keeping tabs on the vigilantes in Gotham (talk about not having enough hours in the day for that job) and Batman, as usual, is in on the case. The recruitment drive and introduction of each of the team members allows–even someone who’s not been near a Bat-book in years–a comfortable way back into the mostly unRebirthed world of Batman. Mysteries are established, and motives are defined. Barrows pulls out all the stops with lovely work as usual. Solid storytelling; some dazzling layouts showing off the city and its heroes. Clayface gets a wonderful treatment here. Who doesn’t love a good redemption story? The Rise of the Batmen has begun. 4.25/5 Batarangs.

Action Comics #957 lives up to its name. There is no wasted dialouge and no unnecessary narration. Each word and each panel is packed. Fans, if you were born after 1999, just try to keep pace. Dan Jurgens‘ (Batman Beyond) plot moves at such a super-speed it requires a single panel midway through to express how everything has gone from zero to crazy in 14-pages. “Wait, is Dad actually going to fight Luthor?” Jon White asks the Pre-Flashpoint Lois Lane as they watch a confrontation between armored Lex Luthor adorned with an S-shield and draped in the dead post-Flashpoint Superman’s cape. “Apparently so,” she says biting a nail. Action #957 is the first time we see Superman, John Byrne’s 1986 ‘Man of Steel’ Superman, step out of the shadows and back into the spotlight since he was wedged into the post-Flashpoint continuity after the Convergence event. Patrick Zircher’s (Cable & Deadpool) pencils are clean and dynamic. And there are at least three homages to this new-old Superman.

On page three, Lex Luthor’s S-Sheild shines in the dark, which recalls the introduction of the four imposters during the Reign of the Supermen arc. As Superman flies from his upstate farmhouse in a fury on his way to confront Luthor, the image recalls Clark’s flight from Smallville in Byrne’s Man of Steel mini-series, and the final splash page with a hulking Doomsday wrapped in cables recalls the cover of Superman: Man of Steel #18. This issue is firing on all cylinders. The whole supporting cast is used, and used effectively. We get glimpes of photojournalist Jimmy Olsen. Maggie Sawyer and the Special Crimes Unit, the newsroom at the Daily Planet and Superfamily homestead. Again, nothing feels wasted and none of the panels devoted to the supporting cast feels superfluous or overstuffed. This is the world of Superman and Metropolis at its finest. 5/5 Superman Imposters.