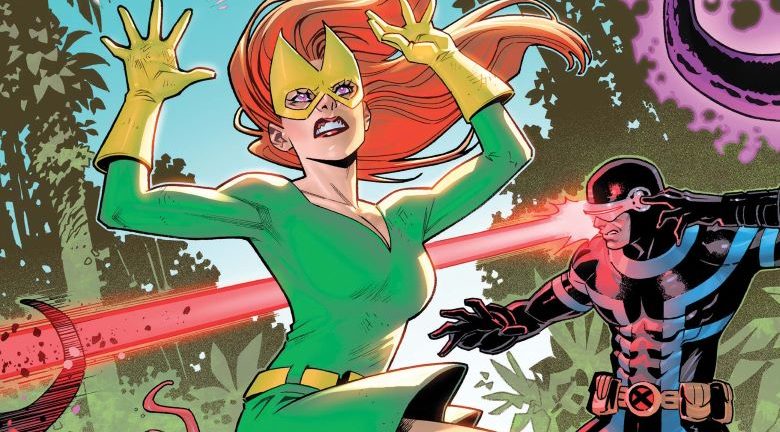 The first 2 weeks of a new decade has come and gone, but that doesn’t mean the comics and reviews stop! Sure, the kiddies are getting ready to head back to school after a long winter’s break, but we’ve got one more bedside story (or a few!) to get them ready for what awaits! Let’s see what we got going on and coming out, here via GodHatesGeeks.

There’s so much to be said about this issue. In the last decade, Scott Summers was dragged through the mud, and Jonathan Hickman’s done an amazing job resurrecting the “First X-man” (not chronologically), and reinventing him for a new generation. Cyclops is just the same bad ass I thought he was when I was 8 and asked my Dad for an X-men book after seeing him in Secret Wars.

Speaking of Security detail, Gorgon is partnering up with Scott to ensure Erik, Charles, and En Sabah Nur — I mean Apocalypse — get through this economic meeting with world leaders. I’m loving the side notes because, as we learn, he comes Wolverine-recommended. The three Krakoan leaders deliver monologues that ring like a warning to the last few thousand years of European colonization. If you’re reading this series and relate deeply to a mutant, you’ve been oppressed. It’s like a universal call to arms. But alas, I’m Winston Smith, and Disney, via Marvel, is feeding me The Theory and Practice of Oligarchical Collectivism.

Danny Cates, Nick Klein, and Matt Wilson provide a blockbuster introduction to yet another Thor series. Last year we saw him tangle with dark elves and then get tangled and stabbed (all over again) by GORR. This team jumpstarts the title with epic feats of power and destruction, Galactus, ugly heralds, and a rune!

Danny Cates even drops a very well placed Throne (Jay Z & Kanye West) reference that really made the book even cooler for me. Nick Klein and Matt Wilson convey raw power in the book’s art. It sort of reminds me of old School Uncanny X-Men’s Marc Silvestri on steroids. This awesome book combines The Power Cosmic times All Father with Heralds plus Asgardians. 4.5/5 Bibles.