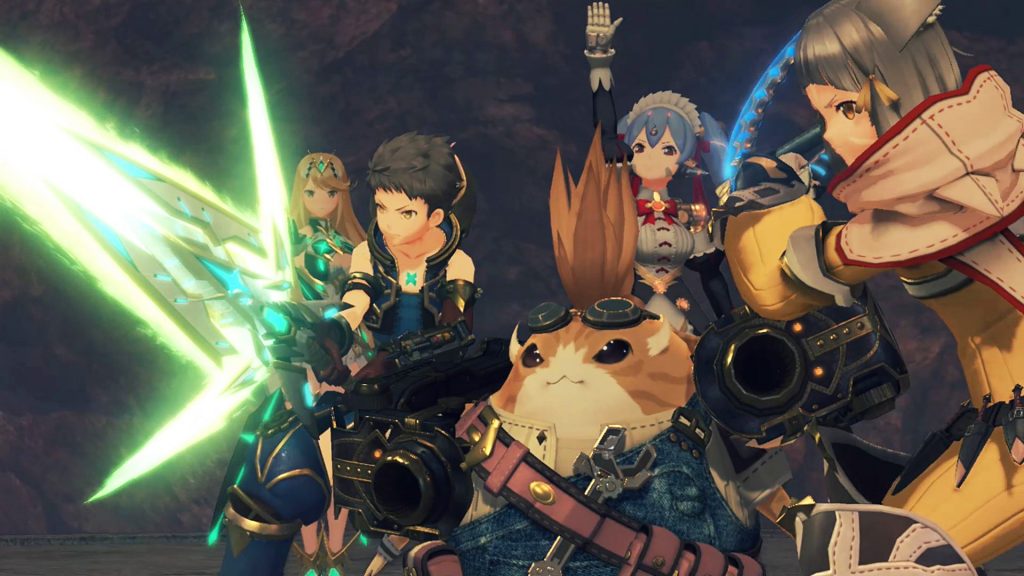 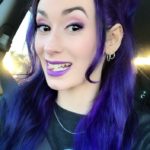 We usually don’t delay our Best Games of the Year lists through Christmas, but blame the Nintendo Switch’s Xenoblade Chronicles 2 on the wait. It’s that good. December releases usually mean nothing to Yearly Awards; remakes, HD remasters, DLC and, now, VR. Yeah. But in a year packed with plenty of power from Nintendo’s newest console, Xenoblade 2 still packs enough to stamp a must-play sig of its own–if traditional JRPG’s are to your liking, of course…

I’ll admit it, I never played the first Xenoblade Chronicles; hell, I think I may have confused it with Chrono Trigger. Whatever. I’m just glad the sequel’s E3 presentation, Nintendo Direct special and slew of trailer features were enough to get me excited enough for the release in a sea of holiday video game goodness. Hell, I even managed to pump 50-hours in the 5 or 6 days I had free to play this game (10 or so of those were via handheld on a TV set).

Xenoblade 2 is Final Fantasy, with slightly less tedious sidequests, twice the anime tropes, and a far more complicated, but eventually forgiving combat system. There’s a lot to learn and memorize in each battle that takes place on the backs of these behemoth landscape behemoths; that’s right–your crew of Drivers (combat managers) and Blades (high-powered assist-folk) literally stroll through these wondrously immense, poor bastard beings in the sky. Even in a “mere” 1080p, these enchanting giant-land-giants are as gorgeous as they are colorful. The new, perhaps more widely appealing anime art style of our principal group look great too, so long as you can forgive how strangely plain and human(?) every other NPC in the game appears.

Before I delve into my own personal experience through Xenoblade 2‘s first 3 chapters in this wondrously whimsical world of Alrest — to which are by far the longest, taking you up to the 45-50 hour mark if you’re an also side-mission junkie like moi — I want to hint my fellow “Weebs” to please download the Japanese voice pack from the Nintendo Shop; after hearing the strangely out of place British jargon during the opening cutscene, this DLC was a game-changer. I’m not entirely sure how I’d feel about the game without its native language (reading several complaints about the English dubs in other reviews makes me thankful for the option, though).

Also good to know, is that you’re hitting just over 60% complete when you defeat the terribly tough pairing of Akhos and Malos. To avoid spoilers, let’s just say some near Super Saiyan Shit happens when you’re smart enough to listen to this Moody advice: Buy accessories to resist Blade Shackle and Taunt, and you’ll be swimming through the clouds to Chapter 4 with a devlish grin.

What perhaps separates this complex mesh of Western open world grinding and narrative-driven JRPG, people chatting (very important in this game, as many of the townfolk and guards with *’s above their domes offer plenty of helpful tips and tactics needed to proceed), weapon upgrading, crew crafting, and beast (or “Zekenator”) slaying is the unpredictability of its quest structure. You’ll appreciate how organic everything pours out despite how much of a bitch it is to navigate around Alrest — a sheer fault if you just want to get from place to place quickly; but if you’re in it for the long haul, the 100-120+ takeyoursweetlonelytime adventure, the feeling of not being babied might not be a bad thing.

Not seeing quest markers on maps or above characters/destinations in the first pair of chapters bugged me; I spent several minutes, or up to a fuckin’ hour sometimes, just roaming through unforgiving terrain, smothered with super-powered enemies (some 80+ level dickhead dragon-falcon and lionhead-minotaur shitfaces destroyed my party with a mere glance when we were still leveled in the teens).. not being able to find a GOT-damned thing.

But when I talk cool unpredictability, I’m talking story and story that evolves to epic battle. Just when you think things will be oh-so warm and cutesy thanks to Rex, our wide-eyed salvager protagonist, and his terrifically quippy Titan-turned-Tiny Titan(??), Gramps — one of my favorite supporting characters in video games this year — that hyper, somewhat familiar Japanese fight music starts cranking, Blade buddies start handing you screen-exploding “arts” (see: skills, yo), art specials, Blade combos, and team chain attacks. Anddddddd.. things get exciting AF, so long as you’re resourceful enough to teach yourself through the art of grind.

Although the game does a decent enough job at pacing out its tutorial, patiently explaining each element of its perplexing combat mechanic, nothing will top your own trials and tribulations. There are several different “WTF” meters on the screen to learn, funny enough to fuck with you in the game’s early chapters when not all is explained right off the bat. There are certain cooldown methods, auto attack cancelations, not to mention some strategic planning out which Blade is best suitable for the enemies in your current environment, or boss you’re about to die several deaths to. Yes, you can alternate between Blades mid-battle; this becomes terribly handy when you need to shift from a Blade with “cooled down” Arts to a differing skill set between auto-attacks. And while the term complicated is an understatement, thankfully I would never label the combat mechanics in Xeno 2 as “frustrating”.

Perhaps my biggest complaint about this otherwise superb JRPG than all the back-and-forth sidequesting and lack of good maps (yes you REALLY have to pause the game and persistently visit the fast-travel menu to navigate through several other submenus to get anywhere.. ughh) are the lack of rare Blades. Acquiring these unique, bad-ass characters takes more than just a slew of Legendary Core Crystals; this is no different than any of the random lootbox bullshit currently plaguing almost every shooter, fight and adventure game on the market. For instance, a friend who has just hit around the same gameplay hour mark as yours truly has way more powerful and cooler looking Blades. Dumb.

More than just the method, Monolith Soft developed gameplay that has just about everything that makes Japanese Anime arguably the most charming, if not cerebrally-charged medium in popular geek culture today, from those usual “bizarre AF” yet ultimately loveable creature-peoples (complete with maid fetishes!) to sidekicks in fight lingerie (wowzuh!) to an appreciatively auspicious composition from Chrono Trigger‘s Yasunori Mitsuda (that’s only tedious when you put your controller down and stare at the screen for too long). Hell, some of game director Tetsuya Takahashi‘s cutscenes were so “Kojima-long” I wasn’t sure if my Roku TV accidentally switched to something I was watching on Crunchyroll just hours before. But hey, it’s the feels garnered during a full, and very revealing, self-aware play-through of XC2 that make up for all the tedious fetching and piss-poor, controller-tossing navigation.