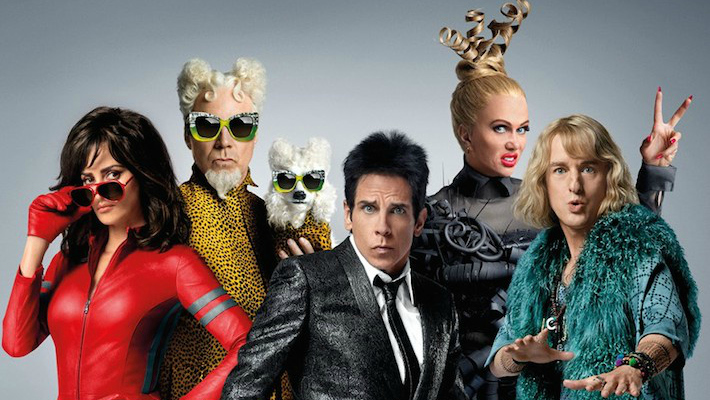 I’m going to assume that everyone at one point has really enjoyed a movie and after that movie thought “man, that was just a great single-one-time-only film and never in a million years should they do a sequel for this film”.

Zoolander was that film for me. The first Zoolander had gags that played well for it’s time and was actually pretty funny, although some of the jokes were beaten into the ground (We get it! Male models are dumb). But — hell — at least Ben Stiller and Owen Wilson made you laugh; and, if you stuck around long enough, witnessed a nice/funny/happy ending to boot.

This one? Zoolander 2 is, without a doubt, one of the worst movies I have ever seen — and I saw The Lone Ranger (still a shittier film than this one). Not even Blue Steel and Magnum combined could save this film, and those moves stopped a Chinese throwing star.

Zoo-2 plays on all the old gags as the first one, and guess what?! They aren’t funny! Ben Stiller’s Derek Zoolander and Owen Wilson’s Hansel have gone underground after tragedy befalls them. It is only through the help of Billy Zane delivering a package to them that they re-emerge as the bumbling idiots they are. And do you know WHY this is one of the worst films I’ve seen? It’s because it could have been so good!!

This could have been a hilarious sequel. The story line was actually inventive: God made Adam and Eve AND Steve and he was the first perfect model. The side characters, Will Ferrel, Kristen Wiig, Penelope Cruz, Benidict Cumberbatch, Cyrus Arnold, Keifer Sutherland, Nathan Lee Graham, STING and Fred Armisen are ALL FUNNY in this movie. Sting actually had better comic timing than Ben Stiller. (Even the cameos by Katy Perry, Neil Degrasse Tyson, MC Hammer and John Malkovich are ALL FUNNY). This movie could have been sooo good–and, instead, drops a massive steaming pile of ewwwee on your front door faster than Amazon Prime.

I get that they were trying to make fun of hipsters and the absurdity of the fashion world. We all do that. We all hate on hipsters who “love things ironically” (which, by the way, how the EFF do you do that – just stop!) and we all love to make fun of the asinine treatment of haute couture.

Where they goes wrong is that they practically re-create the same movie as before — but with much less success. Whereas 22 Jump Street took the core concept and kept a similarly funny-but-different movie, Zoolander 2 just.. gives up?

(Dare you to find out as much as the squealing fratboy beside me who loved everything in between his finger-lickin’ butter.)

On the plus side, Penelope Cruz is smoking hot, and they keep her in leather or a bathing suit for most of the movie. You also get to see Justin Beieber shot for a good minute. Other than that… don’t go see this movie. Rent it. Fast forward watch it for 45-minutes, return the movie, burn your DVD player and buy yourself a new one.

Will Ferrell put it best, almost as if he were breaking the fourth wall, “Are you really buying this shit?? It’s nonsense!” Paramount picked the absolute WORST weekend to push out this “movie”, because you know what comes out this weekend? Opposite Zoolander 2? Uh-huh — the one weekend against the Merc with the Mouth. I wish I could say “good luck”, but that just might make them consider making a third film.

And, no, no one would ever with that.