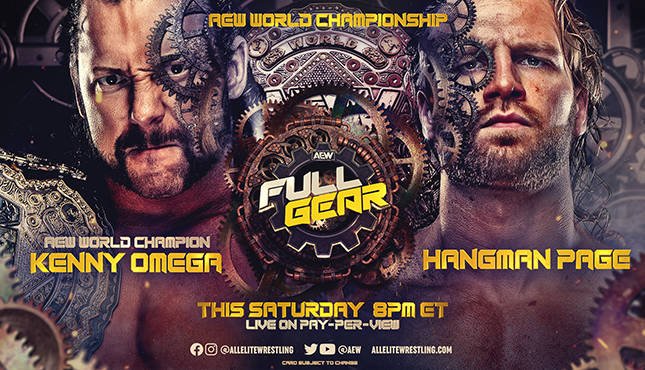 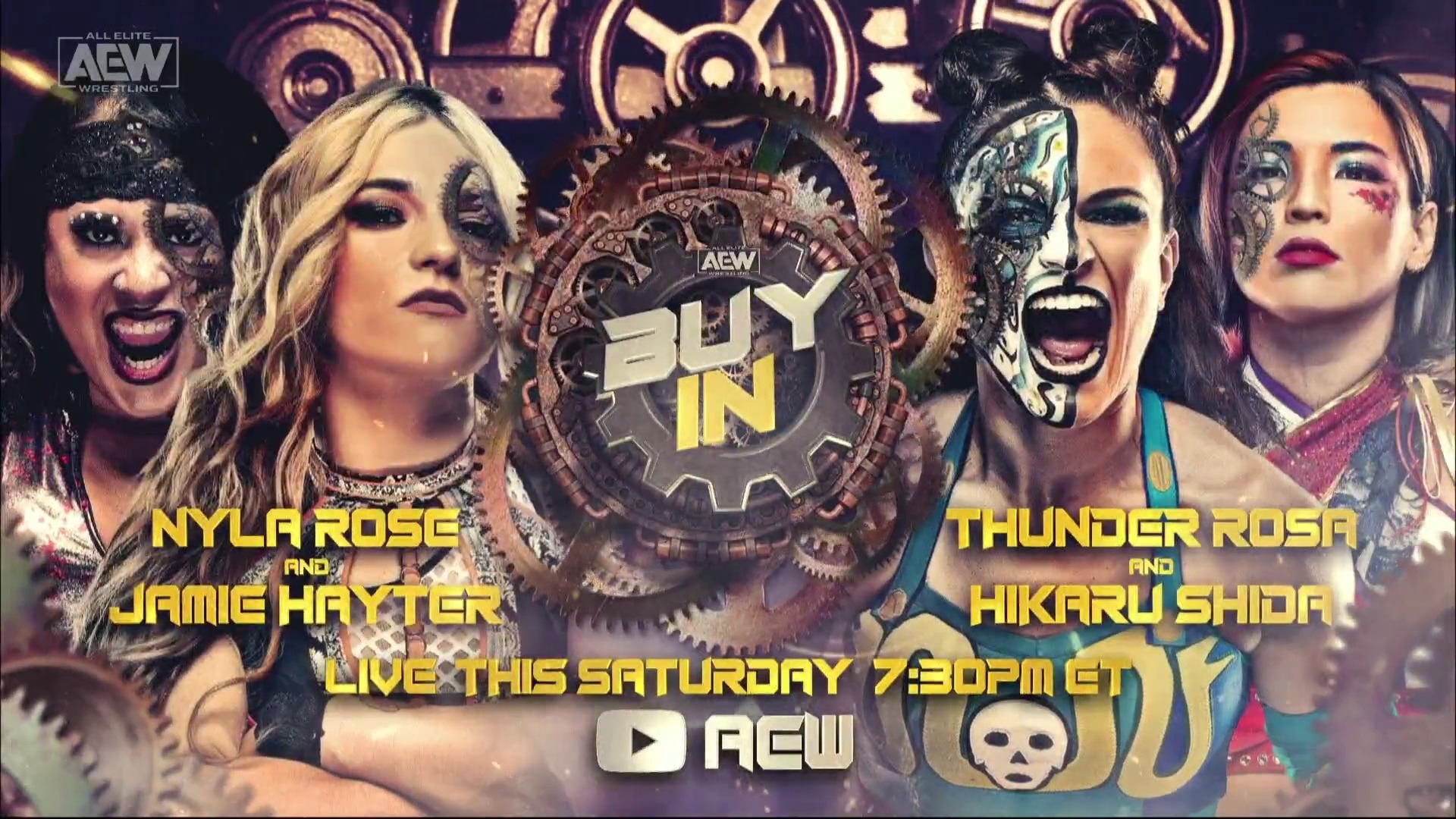 Buy-In Pre-Show Match: Thunder Rosa/Hikaru Shida vs. Nyla Rose/Jamie Hayter – Nice warm up match; sloppy here and there, but a fine, happy beginning to the night with Shida getting the fall. Thunder Rosa needs a push. – 3/5 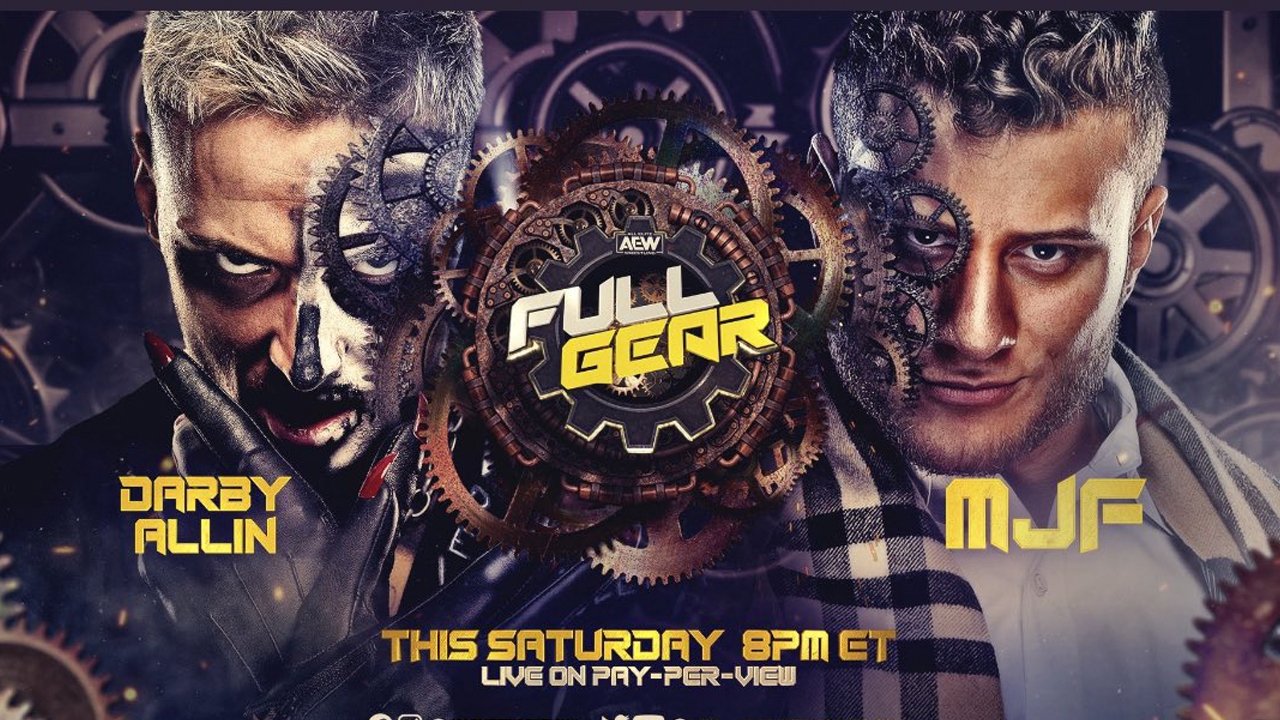 Darby Allin vs. Maxwell Jacob Friedman – This had to be both Allin and MJF’s best match in AEW, if not ever. MJF looked downright great, like a Rick Martel type in the ring and a Ric Flair type outside of it, while Darby is a King Salesman. They also had the benefit of having the first match in front of a super hot crowd. (Yes, it appeared like Darby’s right shoulder was resting up on MJF during on the headlock takeover pin at the end, but maybe they can work that into a story this week on Dynamite?). I fucking loved it. – 4.5/5 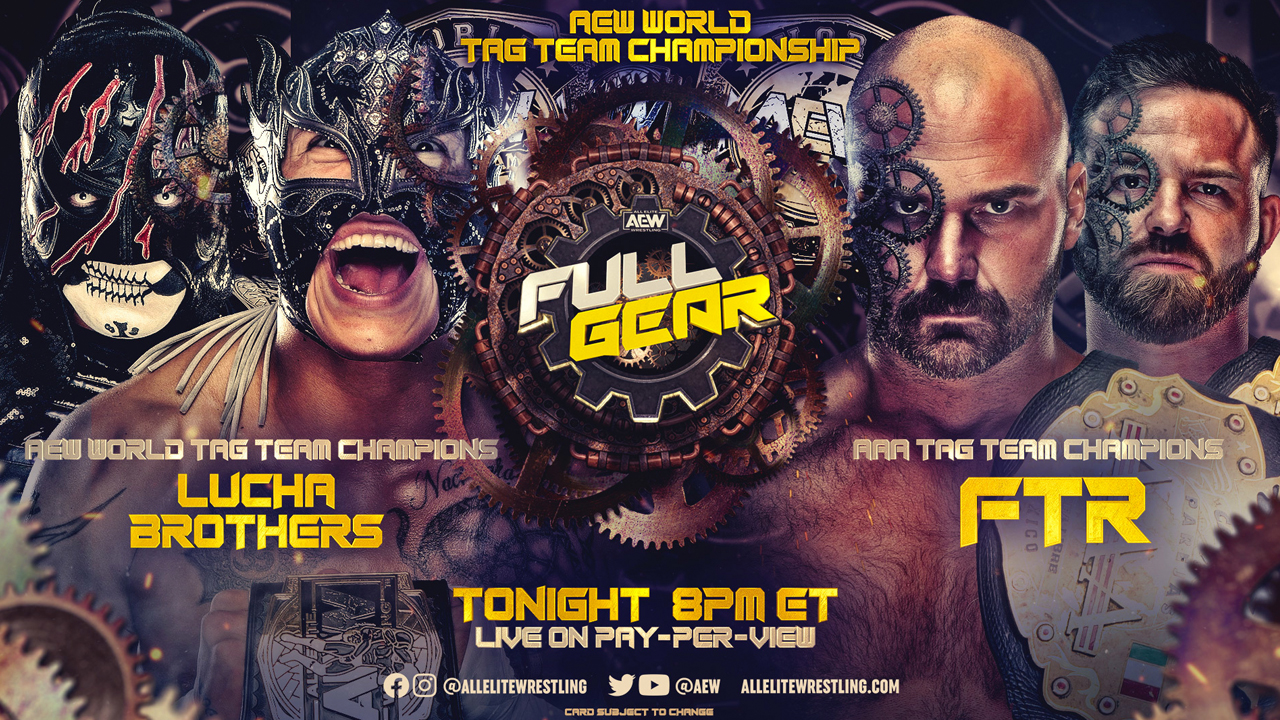 AEW Tag Team Championships: Lucha Bros vs. FTR (Cash Wheeler & Dax Harwood) – This was def better than their first match and had loads of great spots; the two teams def gelled more this time out. The ode to Eddie with the big Frogsplash from Fenix was great (the 2nd of 3 performed on the show), while Penta’s “3 Amigos” left a lot to be desired… There were a lot of false finishes. Another minor complaint: I would’ve cut the 18 minutes down to about 15 to shave down the gaga that ensued before the finish, but still a terrific, high octane match, and I can’t wait to see the rubber bout. – 4/5 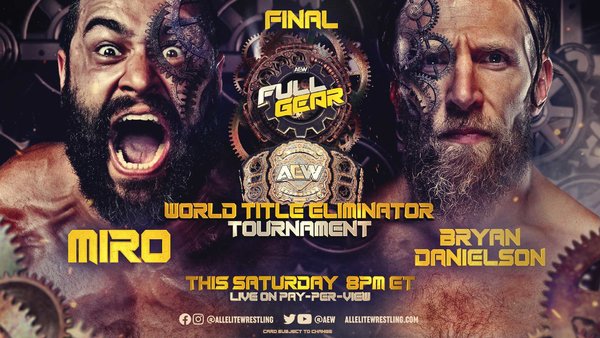 World Title #1 Contenders Eliminator Tournament Finals: Miro vs. Bryan Danielson – As great as this match was, I expected even better. While it never blew me away, Bryan might just be the BitW right now — at least in America — and Miro hung in there, aptly. I do like the story of Miro coming into the match pretty banged up with the leg (although this seems like a real injury) and the “neck of sand” that eventually led to an awesome tornado DDT to guillotine finish from the American Dragon. But, just me or did Bryan sort of kick the shit out of [literally] this nearly unstoppable force for most of the match? – 4/5 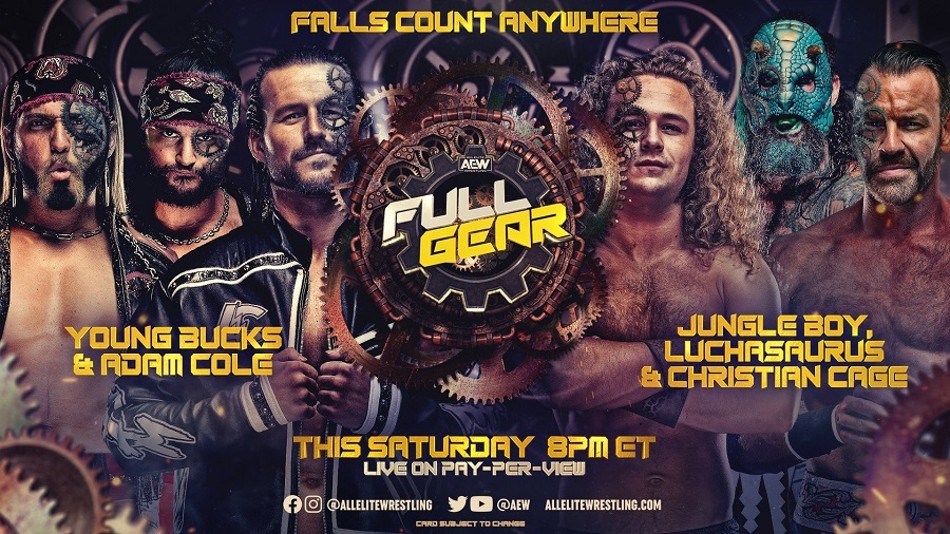 Falls Count Anywhere: Superkliq (Matt Jackson, Nick Jackson, Adam Cole) vs. Christian Cage/Jurassic Express – Bonkers match, but if you dislike the Bucks and “Spotmonkey” madness, especially with a surplus of wild tables/ladder/chairs moments all over the arena, then you will obviously, absolutely despise this. Not as great as many of the gazillion 6-man tags I’ve watched the Bucks participate in; but still pretty exciting and full of fun, again, if you accept this kind of thing. – 3.75-4/5 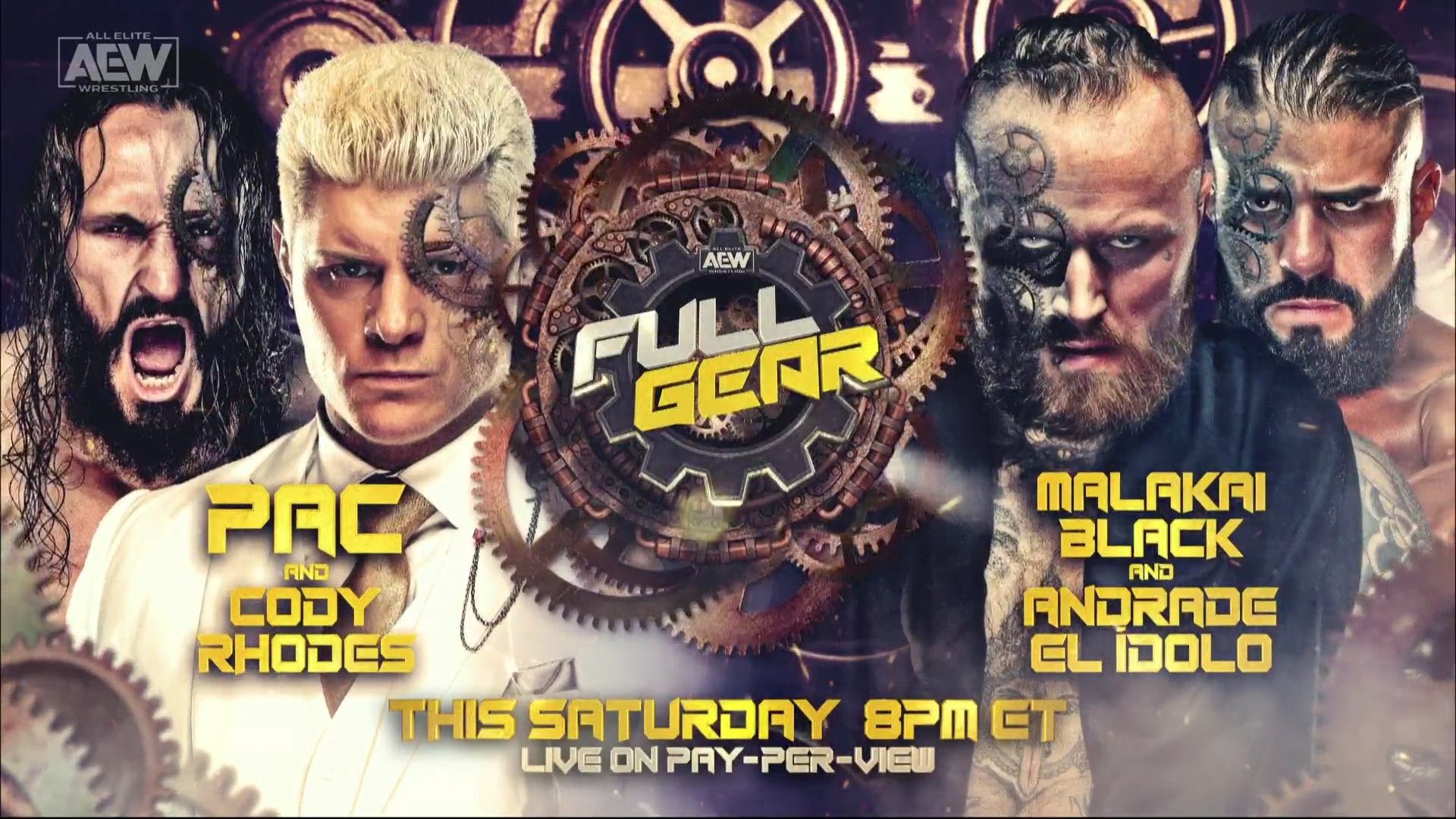 Malakai Black/Andrade El Idolo vs. Cody Rhodes/Pac – If any match (besides the “Buy-In”) deserved to be cut from the card, it was this one. With four top-notch talents, the tag still wound up fairly solid, as Andrade was especially awesome and the fans are just loving Black in AEW. Pac is a workhorse and got the pin, and the Cody “refuse to heel” stuff is silly. It’s hard to keep these names off Full Gear, but at 17-minutes (time that could’ve been better spent elsewhere– Punk/Kingston and main event), I rather would’ve waited a week and watched this on Rampage. – 3.25/5 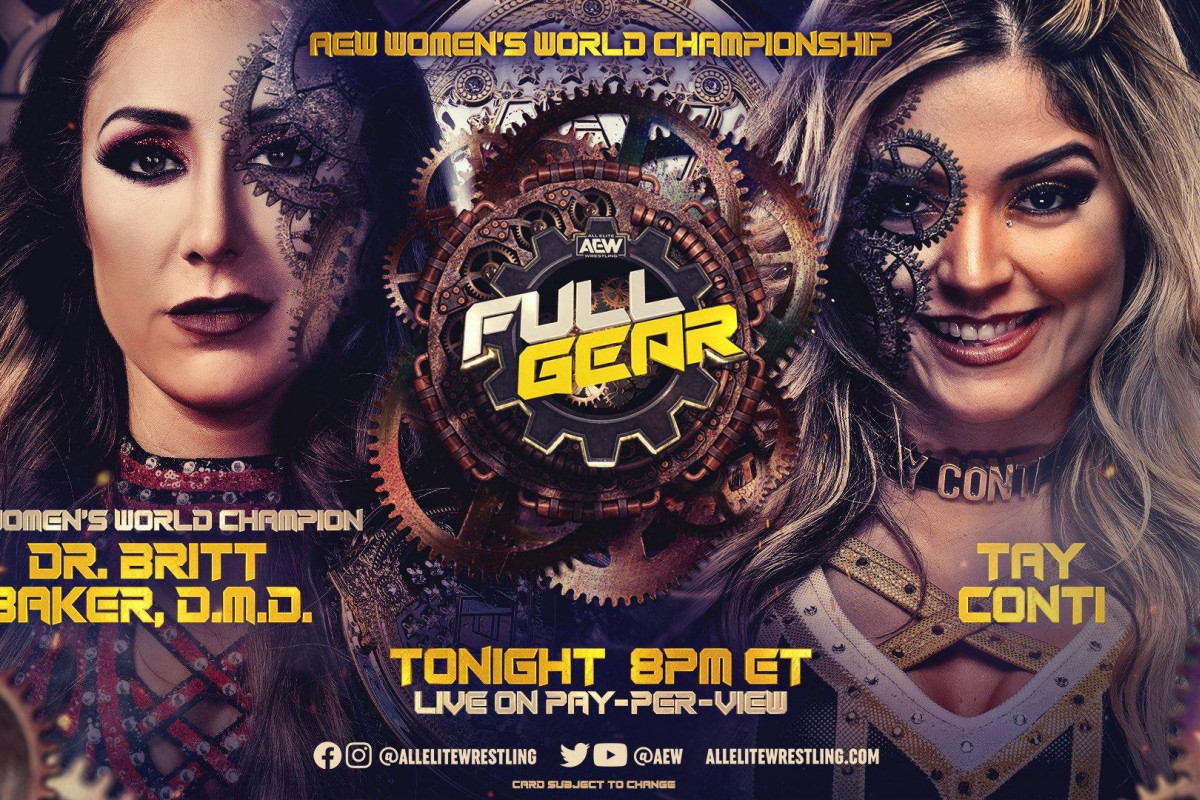 Women’s Title: Britt Baker vs. Tay Conti – Soooooo happy this didn’t wind up in the death spot. AEW is learning, giving the women their own moment to shine and not being the “bathroom break” before the main event. Bravo. Tay Conti stepped up, too. Of course Britt Baker is arguably the most improved wrestler in the past year to past year and a half; watching Conti keep up with her and often push the pace was fun. While she’s definitely not there yet, and the match lacked a lot of heat, it was a more than solid effort in a night of stacked matches. – 3.5/5 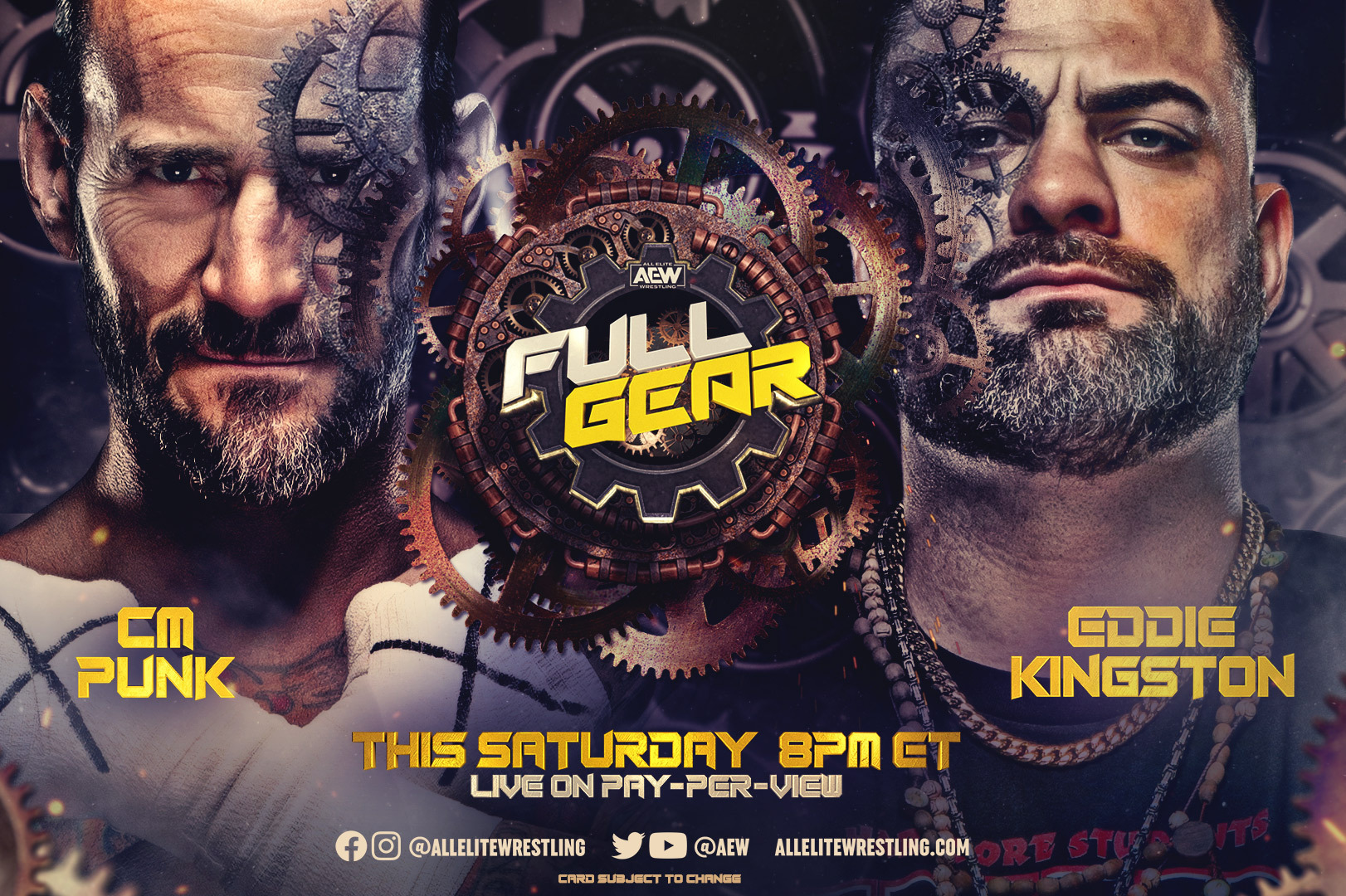 CM Punk vs. Eddie Kingston – 11-minutes!? That’s it?! Ah, this was so damned awesome. Say what you want about AEW’s indie-rific tendencies, but Full Gear was full of match variety. If you wanted a fight here, you got one. Eddie started the match with his signature backfist, Punk hit a slew of top rope clotheslines and elbows, and the heat was heavy. Kingston gave Punk his best match in AEW. And other than the main event, this def got the loudest reactions of the night. Just a shame it was 11-minutes. Eleven minutes. I wanted 60. – 4.25-4.5/5 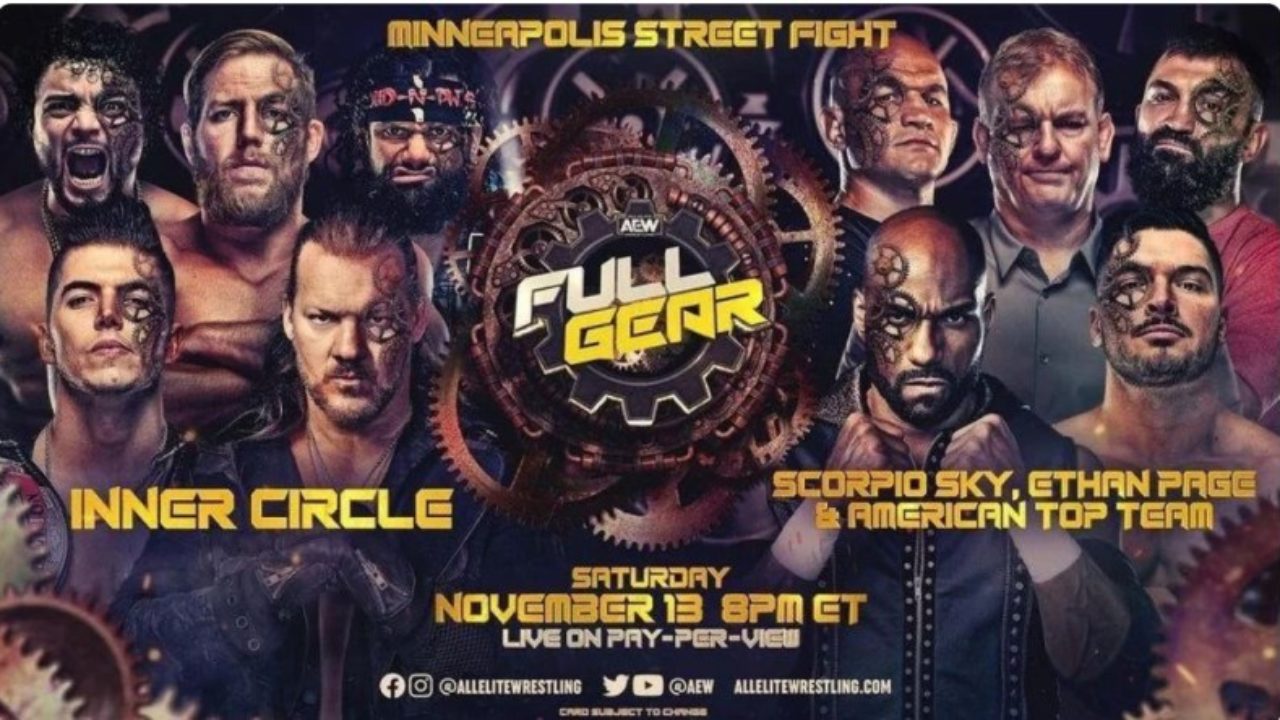 American Top Team/Men of the Year vs. Inner Circle – Jericho was the G.O.A.T. until that “fat-faced dipshit” Dan Lambert entered town! Lamb’s just the greatest! Still, this was another match that would’ve been better served on a special edition of Dynamite than on the PPV, and it felt mega long. But seeing that 3 of the 10 men involved were not professional wrestlers, it could’ve been a lot worse. And the Inner Circle rules. Maybe Jake Hager’s most impressive performance in AEW this side of his MMA match with Wardlow, and Sammy is just the best. So many guys in AEW seem to outperform their days from the indies (Darby, MJF) and Sammy is no different; the guy has just really blossomed into a full-fledged star. Arlovski had no business being there, looking greener than NFL turf, while Junior Dos Santos nearly pulled a “Bad Bunny”. He was fun to watch. Oh, and my buddy Dave (not Meltzer) hated all the wacky weapons and especally that Ethan page/Baron claw spot. Giggles. – 3.25/5

AEW World Title: Kenny Omega vs. Hangman Page – There was absolutely no way Page was going to lose this match, nor should he have. So the beat here is how he gets there. And how he got there couldn’t have gone better. You knew The Elite was going to get involved, especially Callis and the Bucks, and how they got involved was brilliant. Don aggravated Page just enough to be a distraction, without ruining the match. But it was the Bucks interference, or shocking lack thereof, that was the chief subplot in this grandiose narrative’s most climactic touch. There were a gazillion awesome moves, dives and the like, and I’ll save you the play-by-play, yet my fav spot of the match was Hangman hitting Bandido’s incredible super fall-away slam from the top. Page would eventually hit Omega with a buckshot lariat after both Nick and Matt “allowed” him to. The saga continues… – 4.5/5

Whereas All Out 2021 was all about the big shocks and surprises, tonight was all about the wrestling. Unironically, that notion is symbolized by their signing and introduction of Ring of Honor legend Jay Lethal. Other than a pair of matches that attempted to capture the more “entertainment” side of professional wrestling — 5v5, Cody tag — this was a memorable night of flat-out awesome pro wrestling. Just banger after banger after banger. This roster might be stacked to a fault, although it’s a crazy ass feat that this many men and women can get over in the same company. If TK ever decided to add another PPV or two, and can take these 10-match shows down to 7 or 8, the wrestling world is in trouble. Cowboy.. out.