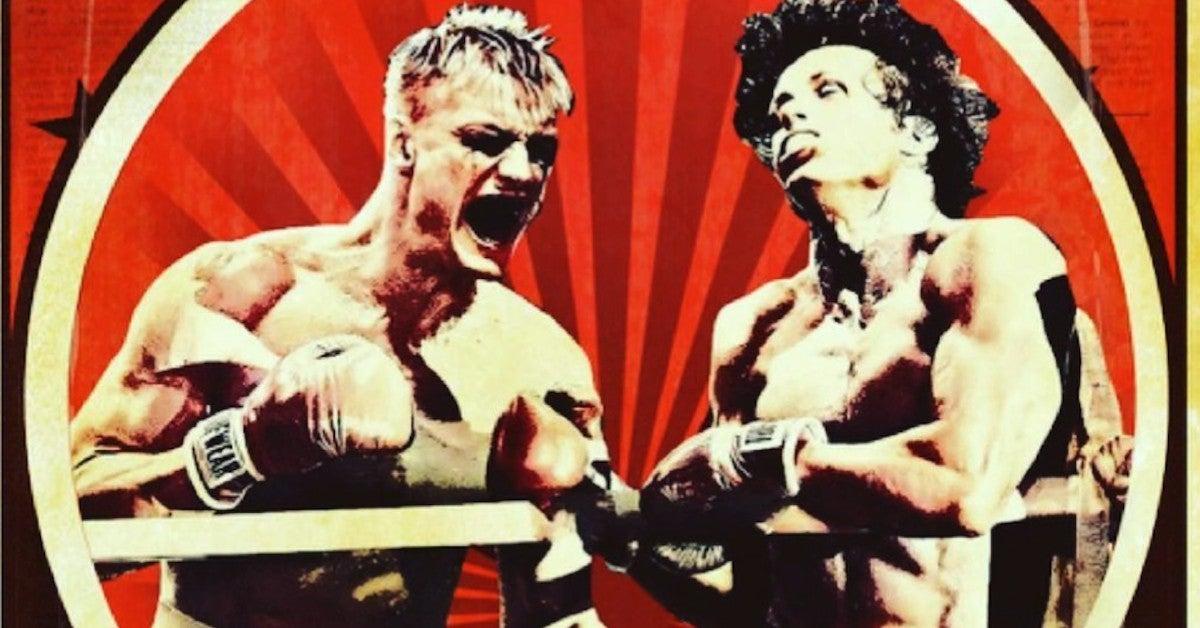 Thankfully, writer/director/star Sylvestor Stallone shows more deft-of-touch in the editing of his recut Rocky IV than he did in the film’s new title Rocky IV: Rocky vs. Drago – The Definitive Director’s Cut. It’d be easy to assume that this new version of the much-derided 1985 classic is the theatrical version with some additional footage patched into it. Instead, this new version of the fourth Rocky film is an entire rework of the film from beginning to end, with the most obvious changes occurring in the first act…

If you’ve seen Stallone’s Director’s Cut of the first The Expendables, than you’ll be familiar with his approach here as Stallone’s new cut features as many subtractions and tweaks as it does additions. While the press notes state that Rocky vs. Drago features over 40-minutes of new footage, the actual runtime is only two minutes longer than the theatrical version, with much of the new footage comprised of alternate takes of scenes that had already been in the film to change the overall tone.

While I’ll avoid certain spoilers as to what makes this cut different, there’s no reinventing the wheel with a film that first shot over 35 years ago. The basic plot points remain the same: Evil Russian boxer Ivan Drago (Dolph Lundgren) kills the legendary Apollo Creed (Carl Weathers) in the ring and Rocky must travel to the Soviet Union for an unsanctioned bout against the brute in a quest for revenge. (The elevator pitch for the theatrical cut would be “Rocky defeats Communism.”)

However, how we as an audience get to that final fight is a very different experience in Stallone’s new vision. It’s fascinating to see how much footage he had shot as director in 1984/85 that he never used. The most publicized deletion from this movie is Paulie’s robot, with every frame of the controversial android removed. Instead, Stallone replaces it with a more focused and serious look at Apollo Creed, his friendship with Rocky and why he chooses to pick a fight with an unknown monster like Drago.

While I do think the opening recap of Rocky III runs long and goes heavy-handed in its approach to bringing a 2021 audience up to speed, what happens after that quickly grabs attention as Apollo’s ambitions and Adrian’s concerns are given new scenes to breathe. Some of the re-edits are less successful, with the screening room scene with Rocky and Apollo feeling particularly stilted compared to its original version.

This is a much more serious, less campy version of Rocky’s campiest entry. By the time Apollo steps into the ring, we can feel the impending doom and both big boxing sequences in the film benefit from Stallone’s 35 years of additional film experience with a more muted sound design and altered footage that gives the slugfests a much more visceral feel.

The backend of this Rocky IV is more familiar, too. Stallone retains the famous music montages and training sequences, though familiar fans will immediately recognize where he made some slight tweaks and alterations. The blatant nationalism of the final fight is toned down a bit, but only slightly. Vince DiCola’s score is largely intact, though some classic Bill Conti themes weave their way into things through-out the film in a welcome addition.

Drago is given a bit more agency in what’s going on and is a more interesting villain as a result, as we see his reactions to the media and political circus he finds himself in. Burt Young’s Paulie is missed in the first half since his original arc was completely tied to the excised robot. Brigitte Nielson’s Ludmilla Drago gets shortchanged here as well, which is unfortunate as her character and performance were a benefit to the original cut. Much of her dialogue is absent in favor of Michael Pataki’s admittedly excellent Nicoli.

Stallone’s new Rocky IV is a mixed bag that is unlikely to replace the original version, but it is a fascinating and wholly-entertaining alternate look at the Rocky series’ most infamous entry. Highly recommended for any fans of the series. 4/5 Eye of the Tigers.