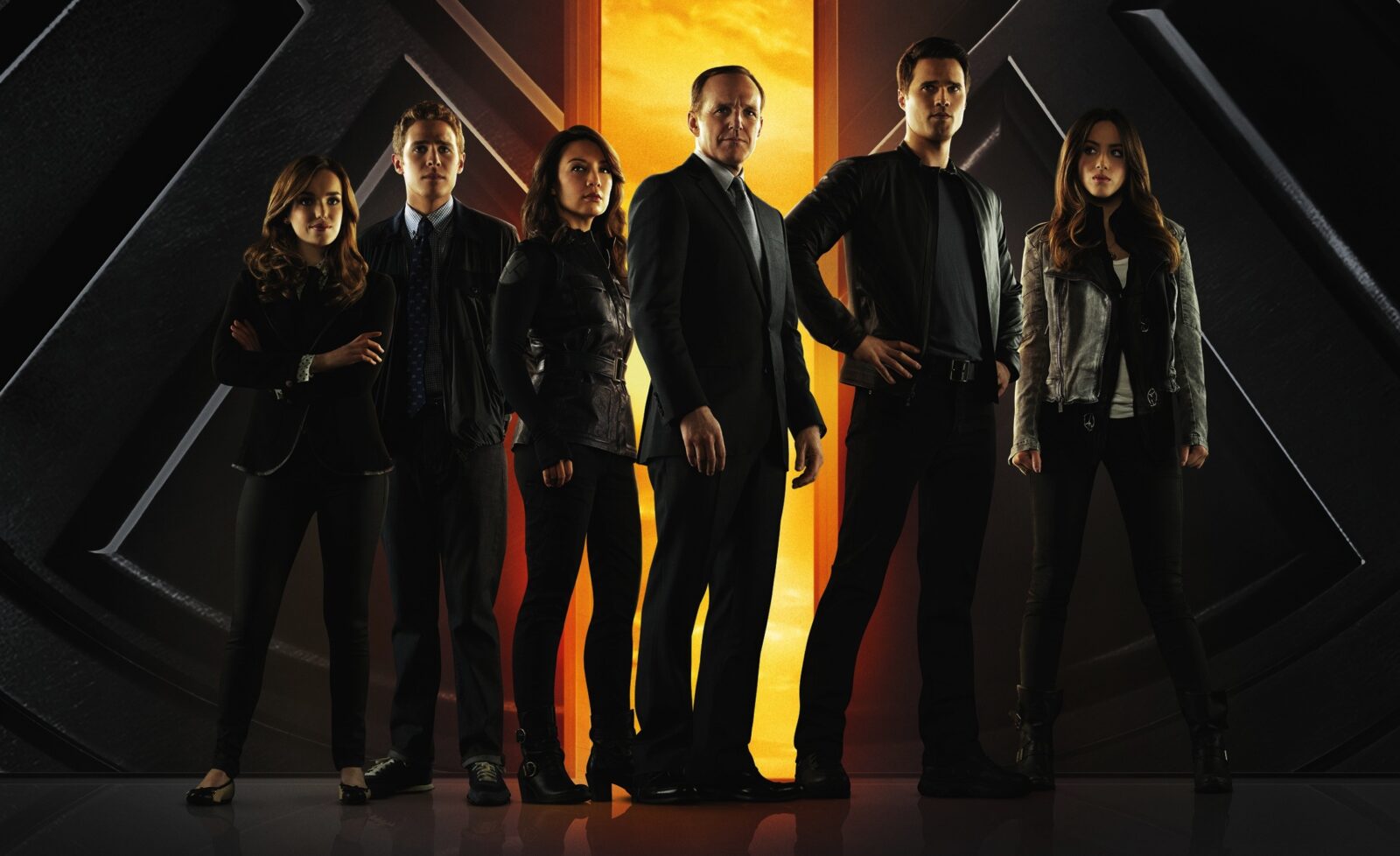 Whatever you want to call the fall season’s most anticipated new show, Marvel’s Agents of S.H.I.E.L.D. is here and it’s time to assess all the damage. Before we break down the breakdown, there’s no way to avoid mentioning that Joss Whedon is fully firmed in the ABC network driver’s seat. You know, he’s that guy that directed some movie called Avengers. Some Buffy thing. And a Firefly. Joining him at the Exec Production table is brother Jed Whedon and Maurissa Tancharoen. With the ridiculous success of Marvel’s films comes some enormous expectations for everything else, particularly from often infamous, sometimes dilarious Comic-Con crowd.

Good thing Nick Fury handed off the reigns to the right group.

“Agents of S.H.I.E.L.D.” follows the aftermath of The Avengers and picks up right where Iron Man 3 left off. You get the sense that the tragic events of those films have come to pass, but are far from forgotten. And, unless you’ve been under a rock in the past few months, you already know that Agent Phil Coulson (Clark Gregg, reprising his role from previous Marvel films) is back…and alive. Expect more about this scenario despite some of the explaination right off the bat.

Coulson’s “postumous” life goal, at least currently, is to put together a team of specialists to help deal with the dilemma of super-powered heroes and villains. There’s the black ops muscle of Agent Grant Ward (Brett Dalton, “Army Wives”), mysterious pilot Melina May (Ming-Na Wen, “Phineas and Ferb”), and resident brainiacs Leo Fitz (Iain De Caestecker, 16 Years of Alcohol) and Jemma Simmons (Elizabeth Henstridge, The Thompsons). The first mission of this new group is to track down a man (J. August Richards, “Angel”) who uses super human abilities to save someone from a fire. In the beginning of their investigation, the Agents come across a spunky computer hacker named Skye (Chloe Bennet, “Nashville”) who filmed the heroics. Lucky them.

But, this is Whedon we’re talking about. Of course it’s more than meets the eye.

As usual with the Serenity director, there’s lots of set-up and character establishment. There’s also just enough time in the hour time slot for the audience to warm up to the group. Ward and May are the obvious bad-ass fighting veterans; and the partnering of Fitz and Simmons (sounded more like a law firm!) has much potential to be an equal part squabbling/equal part brilliant comedic duo. Yet, it’s perhaps already apparent that Skye will become the season’s most relatable figure. Complete with attitude and sharp wit, she’s more obsessed superhero fangirl than an actual threat of taking them down. But don’t sleep.

Even so, I still have my doubts about Coulson running the show. He’s obviously a spectacular man, but now the agent’s placed in a significantly different spot. Instead of carrying out every mission for Sam Jackson’s Mr. Fury (who’s rumored to make an appearance this season, but come on), Coulson’s now left calling the shots. Seems to me like he’s leading this group by rank over experience. With that, Whedon’s signature sarcasm and smart-ass humor stirs throughout the show like a chef adding special spices to his best sauce. It’s enough to keep “Agents” from becoming too serious of a drama and retaining the overall fun of the comic world.

Also, be on the lookout for the aforementioned Richards superhero, Mike Peterson. Moody alluded to this in the D23 Podcast — because the Divine One is a company man — that there’d be some Slackstick involved. He’s not Luke Cage, nor is he Rage. The producers are simply just borrowing a name from an obscure comic. Expect a lot more of those instances in comparison to the more straight-forward adaptation of DC heroes in CW’s “Arrow.”

Will the fanboys be pleased with such eclectic easter-eggs? Will they be craving too much of the traditional Marvel U superheroes (i.e. Black Panther, Doctor Strange)? Either way, “Agents of S.H.I.E.L.D.” is strictly going to focus on that: the agents. And despite hints of explosions, crazy camera angles (most of the show is portrayed from the frame “bottoms up,” perhaps to show how intense or immense the gravity of the superhero phenomenon truly is), and CG, this is a TV show, after all. More importantly, “Agents” offers a lot of loyalty to the comic book world. There’s fancy tech and weaponry, mentions of “gamma radiation”, “extremis” and “super soldier serum” among other essential references to Marvel characters, and the cool of Cobie Smulders reprising her role as Agent Maria Hill.

So long as the creative team at the top continue to keep its S.H.I.E.L.D. within the Marvel Universe as possible, it won’t matter what the hell the acronym stands for.