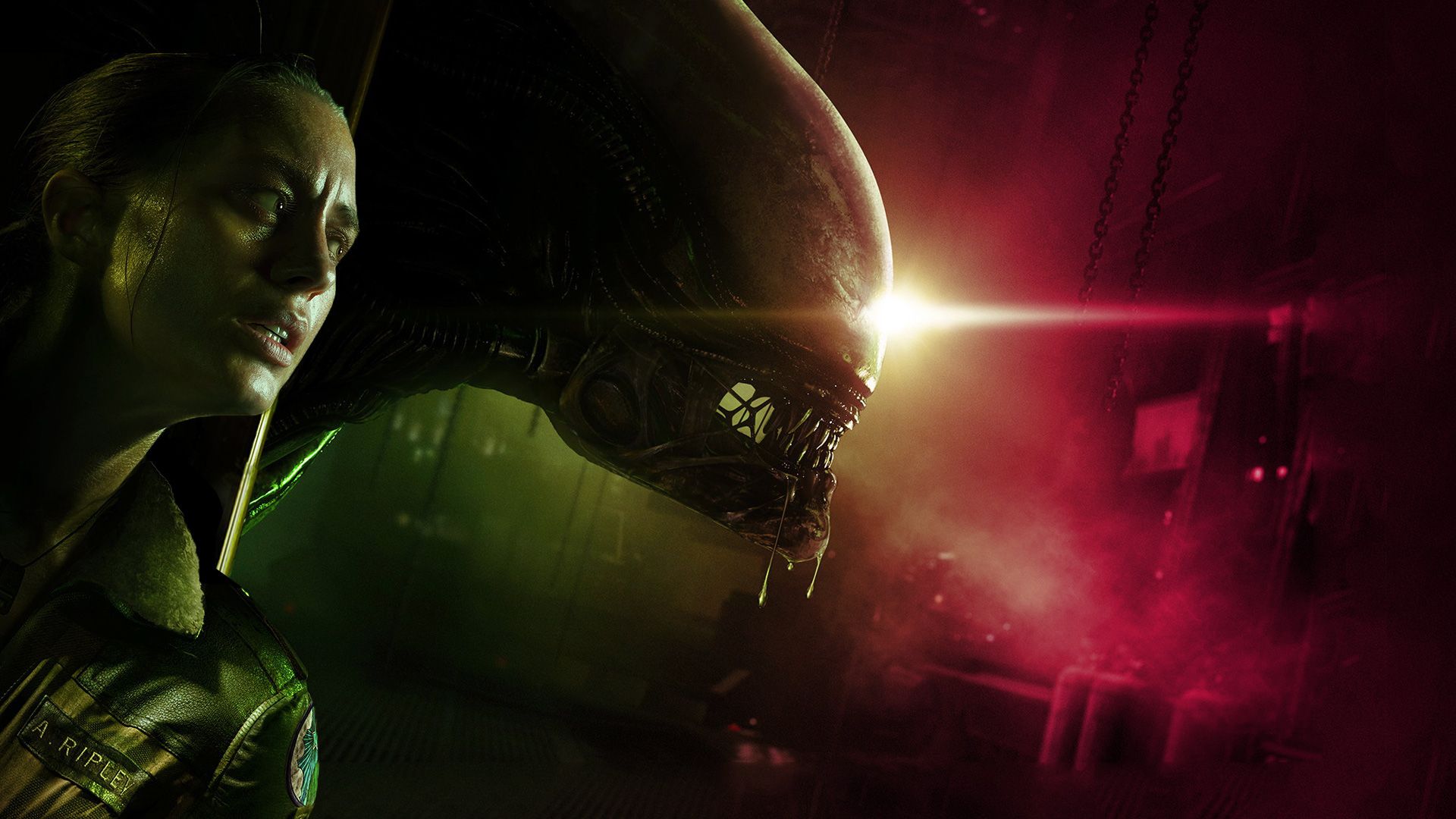 It’s rare when you feel a passion and energy from a video game. Some are just anemic husks of the developer’s former glory or boardroom born and focus-tested approved. Alien: Isolation, from developer Creative Assembly – known for such strategy games as the critically lauded Rome: Total War and the panned Stormrise – seeks to recompense for 2013’s gag from Gearbox Software. And while Alien: Isolation does make amends, it does have some flaws in its gorgeous suit of gooey and slimy armor.

Alien: Isolation takes place 15-years after the events of the 1979 original science-fiction film and has the player in control of Ellen Ripley’s daughter. Amanda’s goal is simple: find out what happened to your mother. Her team of allies barely factors into the plot other than being vehicles for Amanda’s plight. When Amanda and her crew encounter some zero gravity antics, she is stranded aboard the Sevastapol. Much like the 1986 James Cameron sequel, Alien: Isolation has you explore the aftermath of a horrific event. Rapture from Bioshock would be the closest video game comparison.

The Sevastapol, much like the aforementioned submerged city, is a character in and of itself. Every room has been meticulously detailed and every noise has been dutifully captured so that the player immediately feels like they’re participating in the films. This is the part in the review where I’d say, “you can only appreciate it if you’re a fan of the films” but that simply isn’t true. The oppressive feeling you get from the cramped corridors contrasted with the vast emptiness of space is wonderfully embodied in Alien: Isolation.

The star of the show – the Alien – is terrifying for the first couple of times that you encounter it. It lurches in and around the rooms as it desperately tries to find you by sniffing the lockers and inspecting any noise it might’ve heard. You are even able to use the Xenomorph to your advantage and lure it to other human foes. But when you’ve eluded the creature for the umpteenth time only to hear it jogging behind you and putting you in a failure state, you can’t help but wipe the sweat off your brow and try again in determination; not in abject horror.

Amanda Ripley is given a slew of tools to combat the creature such as a motion sensor – that gives those same encroaching chills as in the films – and an all too useful flamethrower that scares the Alien away or puts yourself at risk if you’re out in the open. The game never forgets to make THE Alien a threat and for a horror game, that is a necessity. Where Alien flubs up the horror is in frequent slow-downs creating all too humorous events of the Xeno slowing to a crawl, subverting any notion of fast and unpredictable terror, before it is able to make mincemeat of Amanda Ripley. The androids that populate the Sevastapol, although creepy with their pasty white faces and hollow red-and-white eyes, do not incite the same level of dread when the player is faced with the Alien. They feel like household annoyances that you want to overcome out of obligation and not challenging adversity.

AI does so much to right the wrongs of Aliens: Colonial Marines. The atmosphere, the alien, and the tone are all encapsulated in one game that any fan of the films would be foolish to pass up. For every non-fan, Alien: Isolation is a treat of a game that sticks out in the season of humdrum shooters and empowering power fantasies. 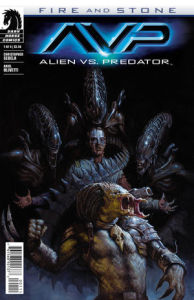 As someone who is only familiar with the respective Alien and Predator films, Alien vs. Predator: Fire and Stone feels just as contrived and convoluted as any other franchise mash-up.

As an in-media-res story, just like the first two issues I reviewed, Prometheus: F&S and Alien: F&S, it jumps around and introduces characters for no real reason.

Seeing the Predators be predators and the xenomorphs eat people is all in good fun, but the through-line and the motivations beyond typical sci-fi schlock are lacking.