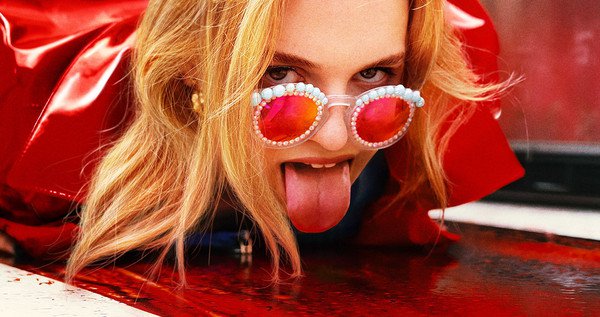 High school senior Lily and her group of friends live in a haze of texts, posts, selfies and chats just like the rest of the world. When an anonymous hacker starts posting details from the private lives of everyone in their small town, all 17,000 inhabitants, the result is absolute madness, leaving Lily and her friends questioning whether they’ll live through the night…

Joe Russo, who mentioned he had stayed off social media since the game changing ‘SNAP’ … took to the stage with Levinson (writer of The Wizard of Lies), Skarsgård (It), Waterhouse (Insurgent), and Nef (Transparent). They all discussed their purge of social media from their lives and how today’s generations have been changed by the lack of empathy in social sites.

“Imagine if the comment section came alive and tried to kill everyone you know and love. That’s [Assassination Nation] in a nutshell”, claimed Levinson. The trailer shown in Hall H was indeed pure heart-pumping madness, a cautionary tale about what can happen when the freedom of the internet starts to destroy lives. Facebook and Snapchat will be paying attention. After the trailer they showed an extended and scary home invasion scene that was shot in one continuous take. It would only take 2 months of practice and 10-hours of rolling camera with the actors. 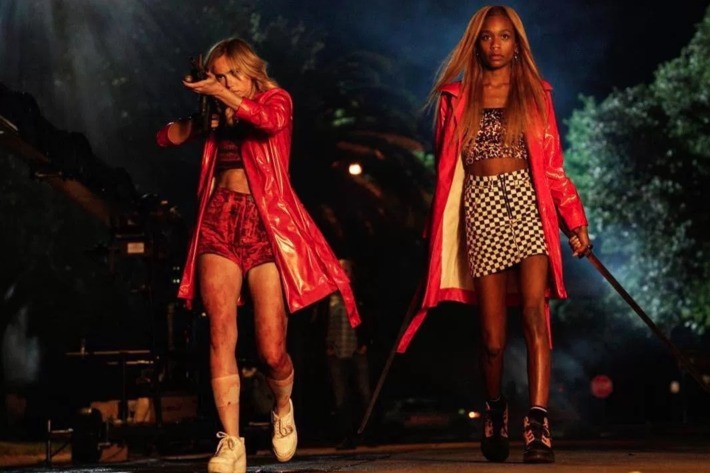 Assassination Nation can also be characterized as Heathers meets The Strangers. Russo chimed in on the context. “This is reflective of a new generations of emerging filmmakers who are very connected to millennials and this younger generation who’ve grown up with technology in ways we did not. Here, narrative is not always primary expression.” 3.75/5 Bibles (3/5 on the Panel; 4.5/5 on the footage).