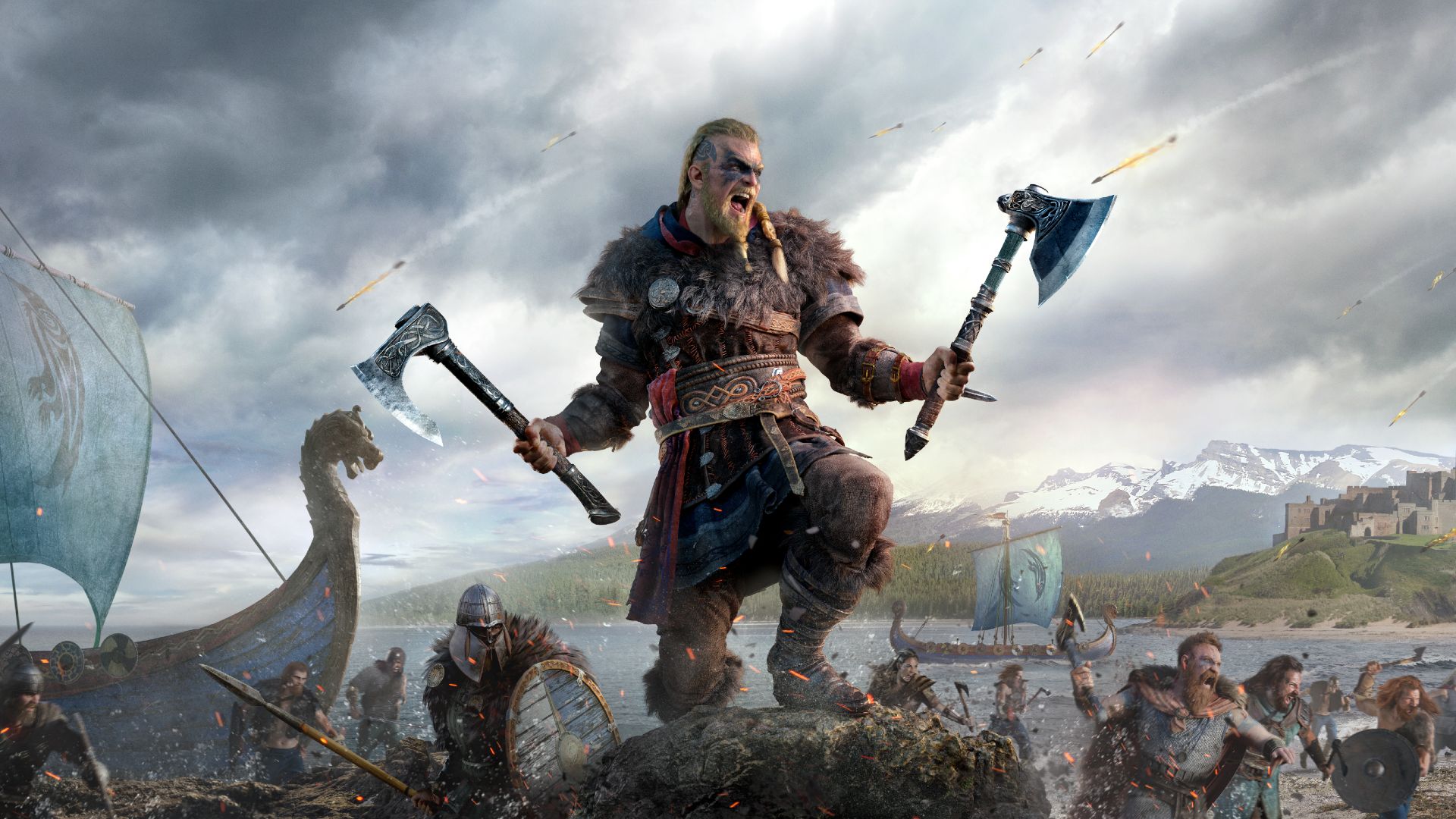 After about 20 or so hours into the most recent offering from Ubisoft, I feel comfortable enough to provide a mostly comprehensive “First Impressions” of the eagerly anticipated, Assassin’s Creed: Valhalla.

I’m a big fan of context, and I like to provide it to qualify my opinions and reviews. For one, I am a big fan of Assassin’s Creed. I have played all of them except for Unity— one I wisely avoided. I didn’t stop there; I’ve also read most of the accompanying novels, and have taken some deep dives into the lore. With a degree in History, this franchise really scratches that itch and brings these eras to life in an amazing way that I am very gracious and appreciative of. The final piece of context is that I am also Scandinavian, Norwegian to be exact, so you can say this game is in my blood…

The stakes and the expectations were high going in. Initially there was extreme excitement to get my hands on it, and thus I hope to take you on a journey through the experience thus far. If you’re looking for a Viking simulation, Valhalla is the pre-eminent experience–exactly what I have been longing for. If you’ve ever wanted to raid a poor Monastery or settlement, butcher your foes and take off with the loot, then this game will tickle your fancy. If you’re a huge fan of the series and looking to continue the story — especially if you enjoyed Origins and Odyssey — you’ll find the game substantial. If you’re looking for a true Assassin’s Creed game, however, keep looking.

Where Valhalla baffles me, is that it feels as if Ubisoft was trying to keep in the lore, trying to bring back the Assassins versus the Templars… but it doesn’t quite fit. Chronologically this takes place pre-Altair and the original Assassin’s Creed. The Assassin’s Guild exists and is up and running, fighting its globe spanning shadow war against the “Templars”. Both sides use proxies, both sides are fighting a war of attrition that has always gone absolutely nowhere since Assassin’s Creed III.

The proxy in use this time around is Eivor, a male or female determined by player choice. A big issue with the franchise, for a while now, is that the protagonist is usually a flawless paragon: a person we are meant to aspire to maybe– not to relate with. In the video game world, this is a poor choice as it gives very little room for development. Eivor is practically perfect. So were Alexandra and Alexios, as was Bayek if my memory serves me.

The last protagonist that really resonated was Edward Kenway, a flawed, selfish, greedy pirate that learned and grew in such a way that the story and message meant something. That feels absent this time around. Our hero is a killing machine, nothing else. Eivor’s only personal story is wrapped up in the game’s prologue, so now he/she is literally just a Viking proxy doing the bidding of the Guild. Granted I’m only about 20 hours in, but I just don’t see much aside from the completely unexpected and totally original trope of the sudden but inevitable betrayal that will befall our protagonist in — I’m guessing — the second act.

Assassin’s Creed Valhalla isn’t a step forward; it’s another step sideways. The only thing separating this from the previous two is the setting. It looks OK, graphically (it’s no Ghost of Tsushima), and it’s absolutely the least appealing visual entry in the current generation. If you’re holding off for the PS5 version, I can assure you it won’t make much of a difference.

The usual glitches, crashes, and other bugs that always come with an AC game at launch are present here, and finally, the NPC voice acting is atrocious. The dialogue is super cheesy, and the delivery is Whiterun Guard in Skyrim level bland, but not in a meme-able way.

Valhalla really excels in the score and the environmental sounds. It seems Ubisoft took the money usually invested in writing and acting and used on signing the musical group Wardruna to perform the music for the game, and if you’ve watched History Channel’s Vikings, you will absolutely recognize the familiar tunes. The combat is good and satisfying, but lacking variation so it gets a little stale. The game seems prime for endgame content, as a lot of the areas and enemies in the game are gate-kept by an astronomically high “recommended power” scale, leaving lots to do once you finish the story.

All things considered, ACV is the game I personally wanted and picks up steam roughly 20 hours in. It’s a little disappointing that if you placed the last three AC games in a vacuum, you’d have no idea which one came out first, second, or third– as there are very few upgrades from Origins to Valhalla. 3/5 Bibles.