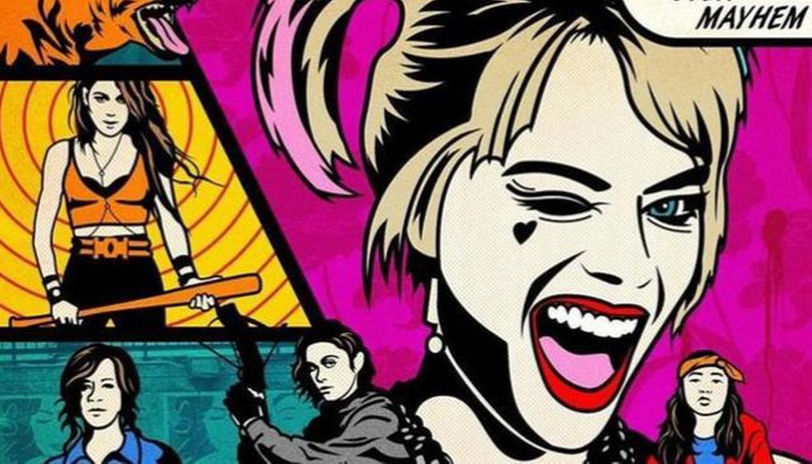 Over the years, I’ve done very little do hide my distaste for the majority of the DCEU movies. It’s been to the point that I haven’t watched one since Wonder Woman (which I liked, just not as much as I’d hoped). Part of the problem I’ve always had is the incessant need of these movies to take themselves overly serious and attempting to pass that off as being realistic.

Birds of Prey (and the Fantabulous Emancipation of One Harley Quinn) absolutely throws all that out the window. There’s virtually no focus on being serious and realistic and rather focuses on being a fun, vibrant, exciting, and, at times, touching movie. Above all, this movie is carried by the charisma of all its stars…

Margot Robbie (Wolf of Wall Street) is hilarious, sympathetic, charming, and terrifying –and sometimes all at once– and Ewan McGregor (Star Wars prequels) is an absolute joy to watch in his over-the-top anger, cruelty, and self-obsession.

The Birds of Prey, on the other hand, are a little underdeveloped, but the actresses are charismatic enough to bring to life characters who are likeable, charming, and absolutely deserving of a movie all their own; because.. don’t get it twisted.. they’re absolutely just here for the ride in “The Harley Quinn Show”.

Along with my criticism of the DCEU, I also haven’t been a fan of Harley’s portrayals this decade, despite having once been one of my favorite characters. This movie, and Robbie’s performance in particular, goes some of the way towards bringing back the affection I had for that character.

Robbie does an excellent job of making Quinn relatable and sympathetic due to the struggles she’s dealing with and how she’s handling them, despite the fact that she’s regularly committing murder, among other crimes.

All the characters have excellent chemistry which could certainly lead to some interesting relationship dynamics that would be worth exploring down the road.

One example of where that chemistry comes through is in the fight scenes. It may have more to do with the choreography than anything else (thanks to John Wick director Chad Stahelski‘s impeccable help), but each character has a moment to shine in a way that befits them, which makes those fights scenes so much more enjoyable.

BoP is the most fun I’ve had watching a DCEU movie. I’m not sure I’d say that it’s better than Wonder Woman, but, possibly due to lower expectations, I had a much more enjoyable experience.

All in all, I’d also say that this Fantabulous Emancipation is my favorite movie within that universe yet; and, in my eyes, takes a step in the right direction for both the universe and the character of Harley Quinn. Now, if only we could get an actual Birds of Prey movie, that’d be great. 4.25/5 Harlequin Bibles.