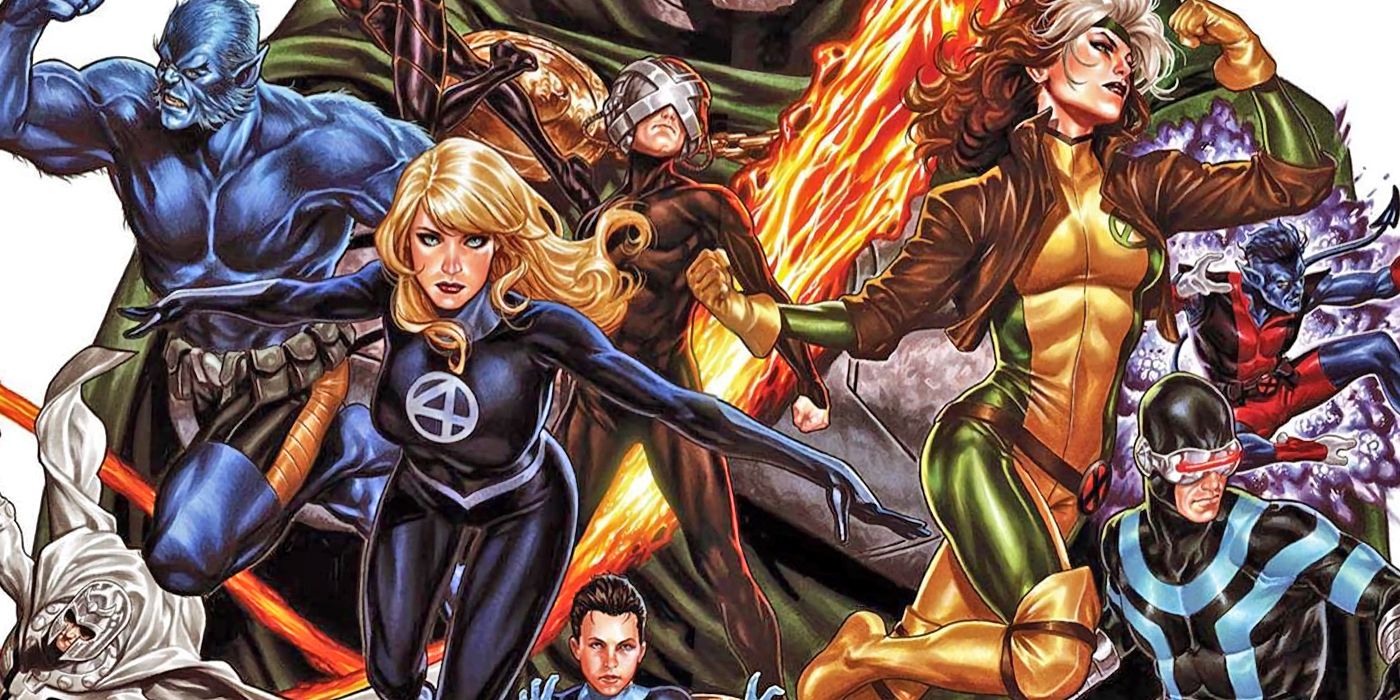 These past few years, Chip Zdarsky has carved out quite the niche for himself as a go-to writer for Marvel, producing heartfelt scripts that build on his lifelong fandom and appreciation of the universe but never rely on nostalgia or encyclopedic continuity. The first issue of this series is no exception.

Terry & Rachel Dodson provide their trademark good-girl linework, beautifully colored by Laura Martin, for a story that takes the dynamic of the classic Claremont/Bogdanove series that first brought these teams together 23 years ago and brings them up to date into the current Hickman status-quo. Everyone behaves perfectly in-character, and there’s naturally a brawl when everybody comes face to face. The quality of the DAWN OF X books seems to run up and down the spectrum of late, but this is one of the good ones. 4/5 Teenage Mutant Stowaways.

Once in a blue moon, I come across a comic that, on paper, should be my jam but isn’t. Dark Agnes (based on a character from pulp writer Robert E. Howard, creator of Conan the Barbarian) is one of those—all the pieces are there, but they just aren’t clicking. Badass, sword-wielding heroine? Check. Wise-cracking, ladies’ man sidekick that she bails out of trouble? Check. Villainous government official looming in the background of 16th Century France? Check. Mysterious nun who clearly isn’t all that she seems? Check.

Becky Cloonan’s (Gotham Academy) dialogue is full of banter and one-liners, the kind of thing that you expect from this sort of book. Unfortunately, Luca Pizzari’s art is one of the places where the book falls flat—it’s inconsistent. 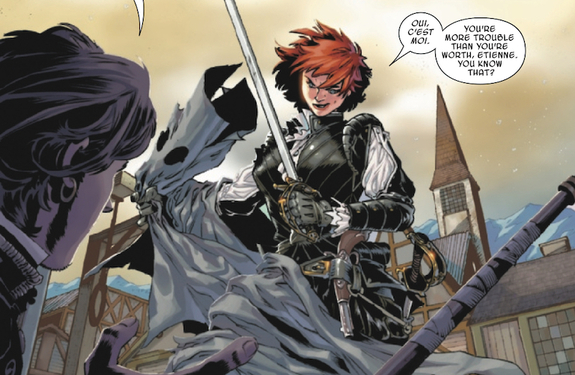 On one hand, there’s some great-looking action sequences, but that will be followed up with weird facial expressions that don’t fit, or art that otherwise doesn’t mesh with the story or action. There’s a dream sequence that barely makes any sense, even with it being a follow-up to a flashback from a few pages earlier. This book had so much potential, but wound up being meh. 2/5 Bibles.

The After Realm is a fun fantasy epic that is going to be released quarterly from Image and Eisner winner writer/artist, Michael Avon Oeming. The story takes place following the events of Ragnarok, and it contains a little bit of everything when it comes to fantasy. It feels like a fun culmination of so many fantasy stories I’ve loved over the years, all in one story.

The fact that this book will be quarterly also means it’s going to be an extended issue each release, really giving it even more of an epic fantasy feel within a comic book. The artwork from Oeming does a great job of adding to the allure of this story as well. The only problem will be having to wait a few months between each book! Very promising from the start and I’d love to see this series get extended even past it’s planned run. 4/5 Bibles.

Everyone’s favorite bloodthirsty Cimmerian is back in an uncertain world, and uncertain time as well, finding himself in modern-day Las Vegas. Writer Saladin Ahmed teams up with artist Luke Ross in a light (if lite) tale of Conan being brought to the modern world via sorcery, in order to rid the world of an evil wizard. While watching him adapt to modern amenities (such as guns, and modern safes) had moments of fun, there was a something a bit off about this title.

Ross’s art has just enough roughness about it to “feel” like Conan, but my main experience with comic-book Conan come courtesy of some back issues from the late 1970s that were bestowed to me from an uncle, and those are gritty, nihilistic, violent tales that held back nothing. Here, Ahmed’s words tell the readerof Conan’s strength and brutality, but we don’t much feel it (although we do see it, inasmuch as a teen-ready writer can show).

While this title doesn’t do irreparable damage to the character, it felt (and still feels) like a reason to have a crossover (and some odd ones at that. I was genuinely scratching my head during the last 2 or 3 pages). Your mileage will vary depending on whether you like Conan as an ancient barbarian, or mixing it up in the modern world, but if you think that sounds like fun, then you’ll probably enjoy this much more than I did. 2.5/5 Bibles.