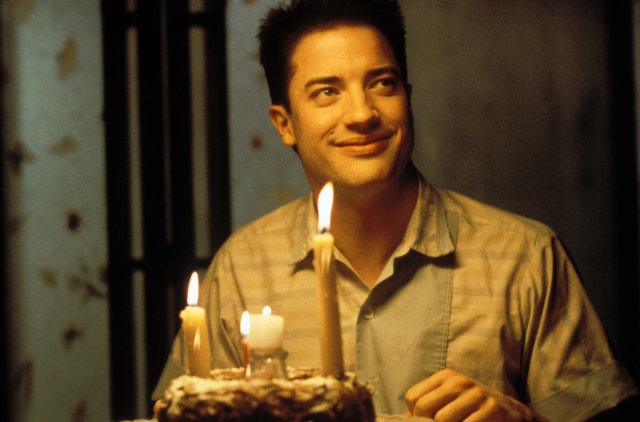 The Congregation of Cool has convened, nerdonites! Whether Sunday is the end of your week, or just the beginning, and no matter where you choose to spend it, for us here in the rectory at GodHatesGeeks, it means Sunday Stash!

And today is a biggie, so let’s dip our hand down in the comics cache! We’ve got a sword-wielding bunny, a few Mob bloodbaths, and enough multi-dimensional time travel to give you jet lag just reading about it. A few classic comic characters get a new lease on life this week, nerdonites. Including Captain Victory, Usagi Yojimbo, and, of course, your favorite Web Head.

Sit back, put your hands together, and say, “Amen,” because IT’S THE SUNDAY STASH!

Though this sounds like the title of a terrible, yet somehow awesome, cartoon that you would have sat around watching in your pajamas whilst eating sugary cereal on Saturday mornings, it is in fact a new comic book from Dynamite Entertainment. The fresh take on Captain Victory, written by Joe Casey (Cable, Wild C.A.T.S., Godland) has a very classic yet somehow very fresh feel to it. The legendary Jack Kirby and Steve Ditko influence is oozing from the gorgeously colored layouts on every page, which is truly the book’s major strength. As for the story, it does what most first issues do: asks more questions than it does give answers. That being said, they are good questions that the reader does want answered. This sci-fi adventure has everything from cloning, to crazy space animals, to violence, and some mystery to boot! As first issues go, it’s pretty awesome, but flawed in the way all first issues are: so much information, so little time. 4/5 Bibles!

Co-created by Nick Dragotta (East of West), this story begins with Tuck and Celine. Their parents put the whole family in suspended animation to ride out the ecological apocalypse occurring on planet Earth. However, when the kids wake up, they discover Mom and Dad are missing. Thus begins their journey to search for their parents. I found this comic immensely intriguing and entertaining. It’s filled with fabulous “how-to’s,” since Tuck and Celine can only use their “Howtoons tools” to survive. A marshmallow gun made out of tubing, a face mask made out of plastic, and a working flashlight made out of cardboard! Thank you Image Comics for putting out a great piece of literature that is not only informative about our planet’s eco-system, but also teaches kids how to be inventive and MacGuyver-like.

The return of Stan Sakai‘s Usagi Yojimbo was a somewhat entertaining read, albeit a strain on the eyes. The black and white color-way brought some confusion to the panels, as bodies were difficult to make out unless concentrated on only three or four samurais/generals. The art, while technically awesome when you’re able to break down the scene, could have benefitted from some thicker line work to distinguish different characters; a lot of times I was left feeling the work was a bit jumbled. Regardless, the simple text made Usagi easy to understand, so readers of any age will be able to get in on the slice-and-dice action. While definitely unique, blending animals and shogun – there’s a rabbit wielding a katana, riding a horse into war and I’m not even drinking.
While it gains points for being a suitable comic for all ages, that simplicity brings it down as well. The art didn’t do it for me and the blurb at the beginning did not elaborate enough on backstory, so I was questioning names of who was fighting and who was on who’s side. At only six issues you can’t really expect a novel’s worth of character development, but just a little bit more (I mean, why can’t Usagi tell Jotaro he’s his father? Is it because he’s a bunny and she’s a panda?). It would have been appreciated. 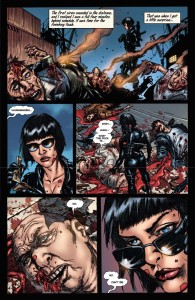 Vigilante mass-murderer, Jennifer, long thought dead by the world, emerges once more to take on the criminal underbelly of Los Angeles in her typically bloody fashion. Written here by legendary Marvel and DC stalwart Steven Grant (The Punisher, Avengers, The Hulk), and illustrated by rising star and Jennifer Blood O.G. alumni Kewber Baal; this opening issue masterfully replicates the darkly humorous and edgy vibe of an Ennis creation, and with Baal’s  artwork effortlessly echoes both the style of Steve Dillon (Hellblazer) and the gritty line work of Carlos Ezquerra (Judge Dredd). The story kicks into high gear with a minimum of exposition, allowing new readers a perfect entry point for those who like their violence funny, and their humor more adult (note: Not mature. I never said mature). Add in some dabblings with a weird religious cult, some S+M, and the requisite copious buckets of blood, and it seems this character and series is in good hands.

The Incorrigible Spider-Ock may have hung up his spandex a couple months ago, but with anything tried and true at the “House of Ideas” theres no keeping a cash crop of an idea down. The brainchild of Dan Slott (Learn Spanish with Batman: Rogues Gallery 2008) and with a script by Christos Gage (Angel & Faith 2011) so begins the newest and maybe the longest planned of the Spider stories in recent years…. Spider-Verse! Now, if you are a loyal Marvelite following the recent run of The Superior Spider-Man you will remember in issue 19 how the Spider Doctor was transported mysteriously – for what seemed like only minutes – to the unknown. Where did he go? Well, where else but to the 90’s Marvel creation of 2099! 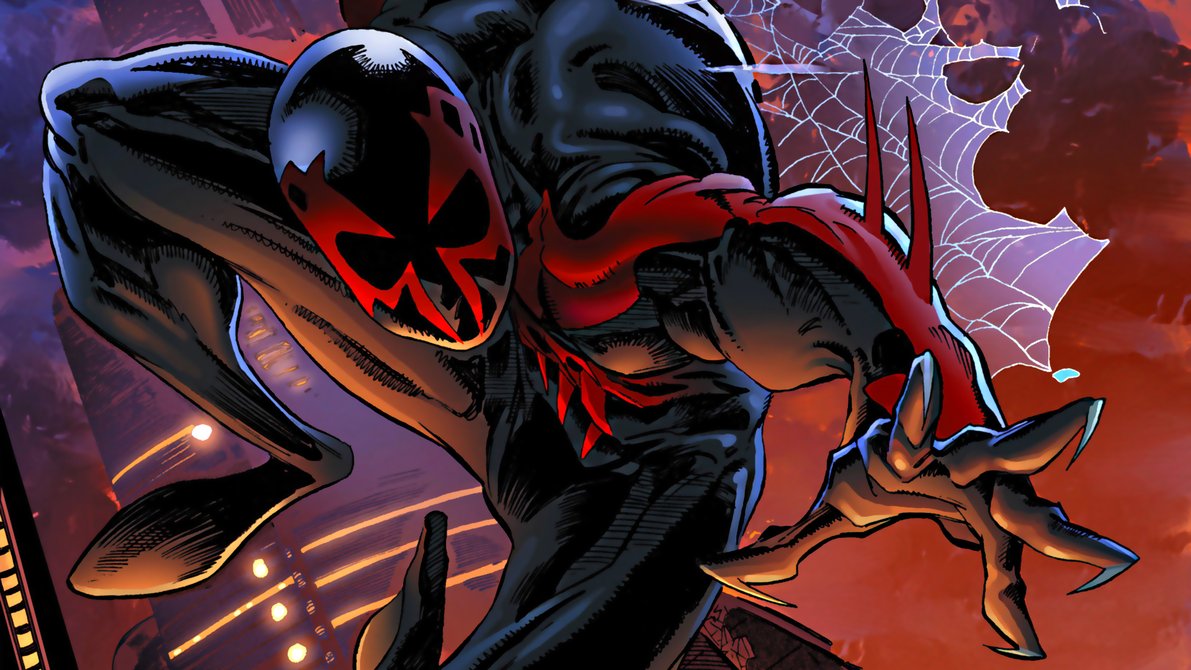 While in the process of arranging his return he lands amid the beginning of the end for all our Spideys across the known multi-verse. Without giving away too much, this issue starts off with Edge of Spider-Verse, a new and actually well thought-out mega event that pits not only Peter, but every known Spidey against an unknown entity that has a thirst for Spiders. Yes, I said every… (besides movies Spideys and a few cartoon Spideys, owned by that which shall not be named… cough, cough, SONY!) Anyway, this first issue was a great starting-off point for the beginning of Spider-Verse, with exceptional art courtesy of the talented Giuseppe Camuncoli (Daken Dark Wolverine) on pencil, and a combo smack-down of John Dell (Magog) inking and Antonio Fabela (Iron Man) coloring this spiderrefic palette. This double-sized issue also comes with a great mini-story by Marvel God himself, Joe Quesada (Everything), featuring an Unfriendly Neighborhood Spider-Man.