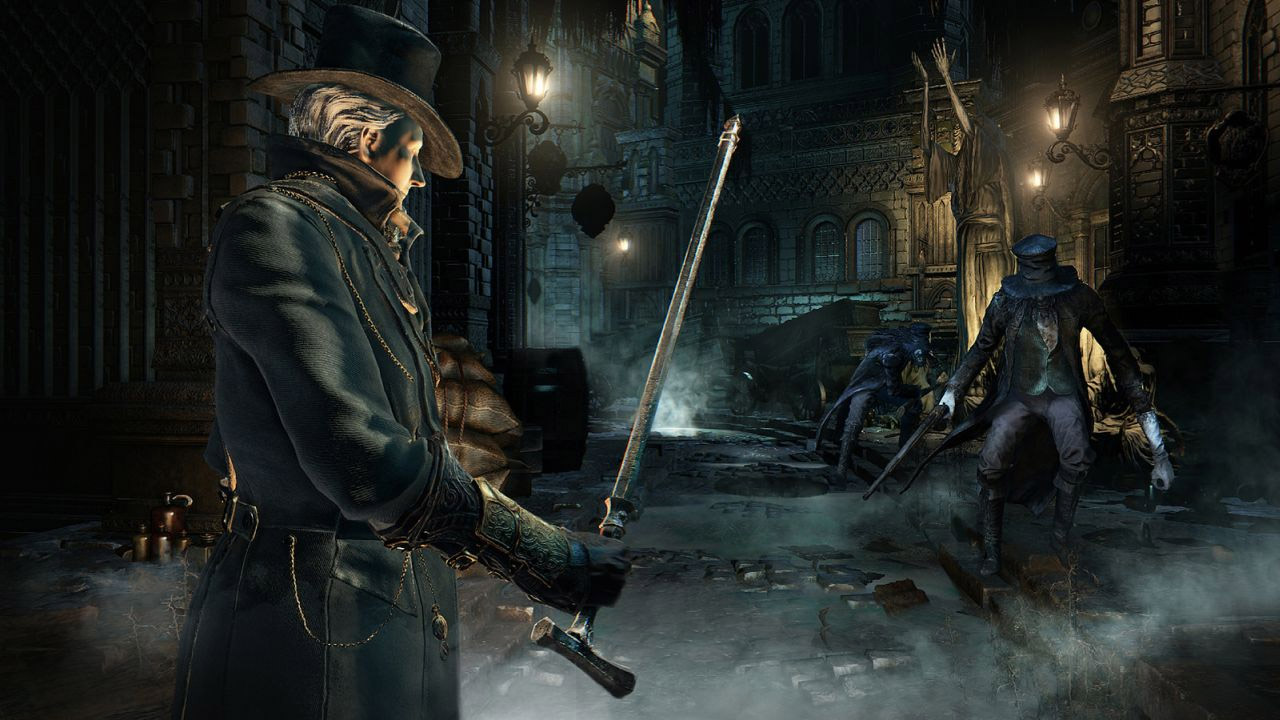 I can’t believe Moody made me review this game, maybe the worst video game of all time.

Bloodborne, the Playstation 4 exclusive developed by FromSoftware — best known for Demon’s Souls and Dark Souls I & II, both directed by Hidetaka Miyazaki — was one of my most highly anticipated games. Then I turned the game on, and the game kept shutting off. Over and over. And over…

As you can see from the above YouTube video, the game doesn’t work. It’s broken. It also constantly threatens to freeze or boot you back to the PSN menu if you get touched by a lima bean, ant, or yellowed grass.

Yeah, sinners, if a fellow swordsman or wizard decides to take a leak in your backyard, game over. 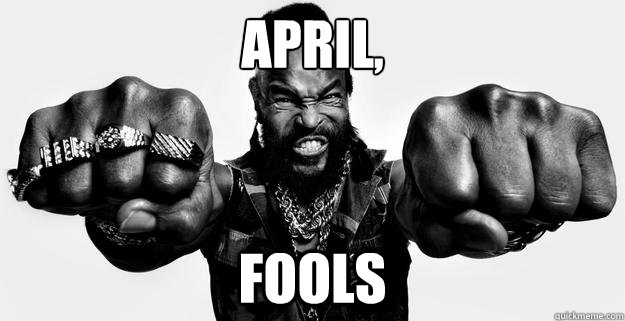 Hahaha, yeah, WWE Hall of Famer, Bloodborne is that piff. The goth centric city of Yharnam is also the absolute wondrous setting for your nameless traveler to navigate the city for the answers, and a possible cure to the peasants infected by an illness that turns them into abominations.

I wasn’t fooling about it’s difficulty. If you’ve played the other Miyazaki games, then you already know this one is just as intense (maybe not freezing/resetting/shutting off intense, but you know). Bloodborne has shock value. Enemies will approach at random moments when you least expect it, scaring the gothic bejesus out of you! It has all the difficulty and dark tone of Dark Souls meets the hack-and-slash of Devil May Cry.

PS4 gamers, to put it lightly, Bloodborne is the first must-have in the console’s year-and-a-half life. Along with being arguably the finest exclusive to hit the system, it’s also far (FARRRRRRRRR) longer than the disappointingly shallow The Order. And with this many great reviews, there just has to be a sequel in the cards. Please be careful though: Bloodborne‘s insane difficulty will make you want to crescent kick the system out the window– and that’s no April Fool.

Hi, kids. If you enjoy the “Souls” games in any way, you should go out and buy Bloodborne right now. Or not, because the game sucks and it’s April Fools. From Software has sped up the combat and scaled up both the enemy and level sizes; there is less of the User Interface/Inventory minutiae that might have distracted you from combat in those games, and you get to take on enemies with less realistic but much cooler weapons.

You will love this game.

For the uninitiated, here’s a synopsis of what will happen to you when you play Bloodborne: You will have no idea what’s going on for the first 3-hours or so. The main story is still a mystery to me, and I’ve put in over 20-hours with it. You won’t know what to do, where to go, or how to succeed. You will walk around aimlessly, desperately searching for clues.

If you manage to get through those first few hours, you’ll be rewarded with a striking weapon for your right hand (I took the Sawblade) and a pistol or Blunderbuss (read: shotgun) for your left. After obtaining the main weapons, you’re thrust into the meat of the game: The combat.

You will die dozens of times while figuring out the main controls. They’re counterintuitive at first, but they’ll become your greatest ally after a few days of practice. Despite your best efforts, your timing will fail you again and again. FromSoftware takes everything you’ve learned about video games and uses it against you. Enemies move, attack, and use their surrounding environments in ways I’ve never encountered before.

Once you’ve gotten the basic controls down, you’ll start killing individual enemies. It’ll give you a big rush. Then you’ll run into a pack of four enemies, and they will whup your ass. Every time you die, you will go back to where you started. The distance between checkpoints combined with the difficulty it takes getting from one to the next make progress a Herculean task.

Killing enemies gets you XP that you can use to level up and buy consumables like health vials and silver bullets. Trouble is, when you die, they take all of your XP away. You must make it all the way back to where you died to reclaim it. When every encounter is this difficult, it quickly starts to feel like an exercise in futility.

After you’ve died about 60 times without making any real progress, Bloodborne will break you. You will decide that it’s a poorly designed rip-off that’s only meant for hardcore gamer geeks like me who play games 40-50 hours a week. I urge you not to trade the game in at this point. Walk away for a while. Watch “The Jack and Triumph Show” On Demand. Make yourself a sandwich.

When you return to Bloodborne, you will notice that it’s not quite as hard as you remember. Your patience has improved. Your timing is better. It’s easier to tell how far an enemy can reach and how much damage he can do. You have a better undertanding of how the environment affects the combat. You’ll make some progress.

Then you will die, die, and die again. It’s inevitable. No one masters Bloodborne. You just get a little better each time. 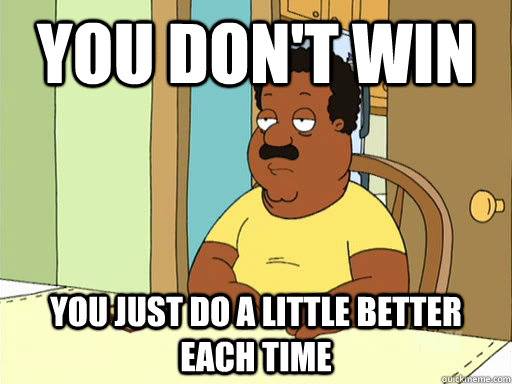 If you’ve stuck with it this long, congratulations, you’ve become part of the Bloodborne community. Bloodborne has a tricky co-op/PVP system that you’ll be deciphering and using for weeks to come. You’ll start using online guides for help, which even necessary for hardcore gamer geeks like me. You’ll learn to love the diabolical level design, where the world keeps wrapping around itself with shortcuts and hidden areas to keep you guessing where you are for hours.

There is no map system in Bloodborne. You will memorize the confusing twists and turns as you go along, or you’ll be wandering forever. The levels are designed to teach you a little bit more about combat and your surroundings each time you attempt to clear a level. It all comes together over days and weeks of game time. FromSoftware claims that there is 40+ hours of gameplay. It will take me over 100-hours to complete it. After 20, fellow parishioners, I’ve only taken out two bosses. I’m still trying to figure out the upgrade systems, and I only have a vague idea of the story: Something about werewolves? It doesn’t matter. The combat is the thing.

I expect quality modern AAA titles to make me feel a range of complex emotions. Bloodborne does a better job of this than anything I’ve played. I almost always feel some combination of rage, frustration, joy and accomplishment. The first time I pulled off a “visceral” move, where I managed to shoot an enemy in the face right before he attacked, I felt like a kid again. I tapped R1 after he fell to his knees, and I was rewarded with an exceedingly gory finishing animation that showered blood all over me. I was compelled to share the video to social media immediately. Check it out!

If this all sounds like a bit much for you, that’s okay. I recommend every serious gamer give it 8 solid hours via rental at least. If nothing has impressed you after that much time, move on. For hardcore gamer geeks like me and my man SuperKick, Bloodborne is a gift that will keep giving for weeks, months, and years to come. It’s gaming Nirvana.

Guest Reviewer Tom MC has been a passionate lover of and advocate for video games since he got hooked on Space Invaders in 1978. He’s averaged 30-50 hours of gameplay per week since he turned 14. He needs psychotherapy.