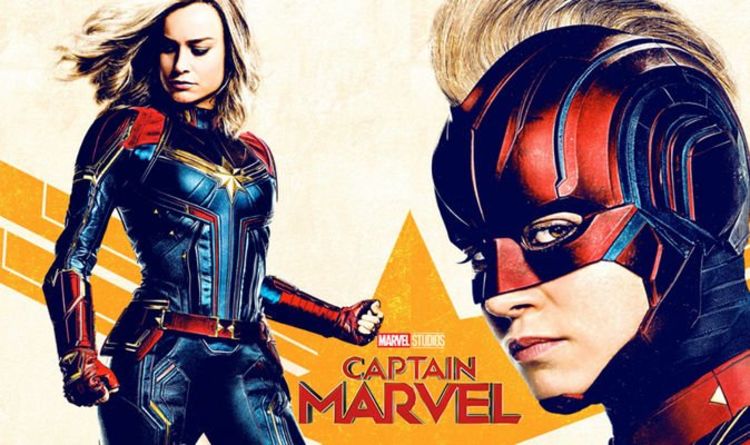 Reviewer’s Note: For a far more comprehensive look into the story, motivations and performances in Captain Marvel, read The Belser’s review HERE.

Now that the coast is clear, Captain Marvel is a cinematic force and the Endgame is near.. that doesn’t mean you shouldn’t see Carol Danvers kick ass again.

But don’t wait for Blu Ray or see it on Cheap Movie Tuesdays; no, go see it in ScreenX. Right. As if this flick wasn’t already super sci-fi enough. ScreenX — if you missed our initial GHG review on the moviegoing format — is panoramic viewing. Those who’ve been to Comic-Con‘s famed Hall H will know what I’m talking about, with neat-o screens on both sides of your human complimenting the shiny one in front of you.

The only bummer is that not every scene — hell, maybe not even half — was viewable in this format. That said, not too many more moments in movie-going get more exciting than being placed right in cockpit of Carol Danvers’ air force jet and the StarForce Enterprise (wink wink). ScreenX really wowed the screening audience during these “up in the air” moments, both in and out of the ships.

My favorite thing about Captain Marvel is the amount of intergalactic planet-hopping and space military scraps right from the comics (See: the Kree/Skrull War); the combat sequences felt like I was playing Mass Effect 2 in full panorama (complete with the creepy space synths!). Super thrilling in this format, these scenes will remind Disneyland fans of Star Tours , just without the moving seat.

Brie Larson does such a believable, kick ass job in these scenes, too. She has just the right amounts of bold and brash. And despite the setting (or the assumingly anxious “rush to make her relevant”) Captain Marvel never feels like a corny hero, or someone pushed to the forefront because of her gender. Unless the scene called for Larson to appear kooky because, hey– it’s the ’90s, it’s America, and she’s a Kree. While that aesthetic stuff ranged from fine (the MTV music) to cool (the Sam Jackson and Clark Gregg de-aging), the ol’ school storefronts and dive bars stole the nostalgic show.

Captain Marvel is an unexpected buddy action comedy full of spunky quips, intense sci-fi squabbles, retro satisfaction and actual solid villains (Ben Mendelsohn‘s shape-shifting/chin-checking Talos is a fucking treat). And there isn’t a more immersive way to experience all the joy than ScreenX — 40% of the running time, or not.