What’s happening, people? It’s your boy The Belser back again with another awe-inspiring article here on GeeksHaveGame.  Today’s piece is something of a milestone for our site.. I was informed by the former “Monsignor” Moody that I am the very first reporter to represent the All-New GHG at San Diego Comic-Con 2021.

As for Comic-Con itself, this is actually the first time I’ve been able to go to a con since the onset of the coronavirus pandemic. As I expected, the crowd itself was much lighter than the usual years in which I’ve attended. Usually, you can’t even navigate SDCC without bumping into GodknowsHowmanyGeeks. This year, it was a relatively snap.  So, to switch things up a bit — opposed to the usual panel coverage and what not — your boy decided to comment on the experience itself.

Panels and (A Lack of) Celebrities

As a result of the pandemic, the subject matter of the panels this year really suffered. A lot of very generic topics were used and, quite frankly, none of them really caught my eye. Also, they were no special celebrity signings at all. I saw they had Brent Spiner (‘Data‘ from Star Trek: The Next Generation) but he was there the prior day. Not exactly William Shatner.

One of the hallmarks of Comic-Con is seeing all the various costuming by the attendees and the hard work that’s put into them. The usual conventions of cosplay were there– Marvel, DC, Star Wars, Star Trek, etc. However, this year also noticed a few trends that I caught onto more than most.

Marvel’s Disney+ shows: It was clear that the programming Marvel Studios supplied us with over the last year on Disney+ made a very big impact on the patrons of Comic-Con. One of the most fun costumes of the past year was  in response to the popular Tom Hiddleston series Loki. Lokis of various ages, races and genders were all over. I’ve been spotted an entire family of Lokis where the dad was ‘President Loki‘, the mom was ‘Sylvie‘ and the baby was ‘Alligator Loki‘.

Another show that got a lot of love was WandaVision. The show them a lot of love I spotted a lot of Scarlet Witches throughout Comic-Con. I even caught a couple that were together as Wanda and Vision. However, one show that did not get a lot of cosplay love was The Falcon and The Winter Soldier. I think I spotted maybe two Captain America/ Falcon costumes. Most of the Cap cosplay was of the Chris Evans version.

Star Wars: Now, the Con had no shortage of Jedi, Stormtroopers, Wookies, Darth Vaders and Slave Bikini Leias. I saw more appreciation for newer shows like THE MANDALORIAN and THE BAD BATCH. I also spotted some Ahsoka Tanos and one Cara Dune. There was even a Mandalorian Cosplay society recruiting new members for Southern California.

Exhibits of Anime: Of course, Anime is going to get a lot of love but I did notice a lot of characters of celebrating anniversaries of some sort. 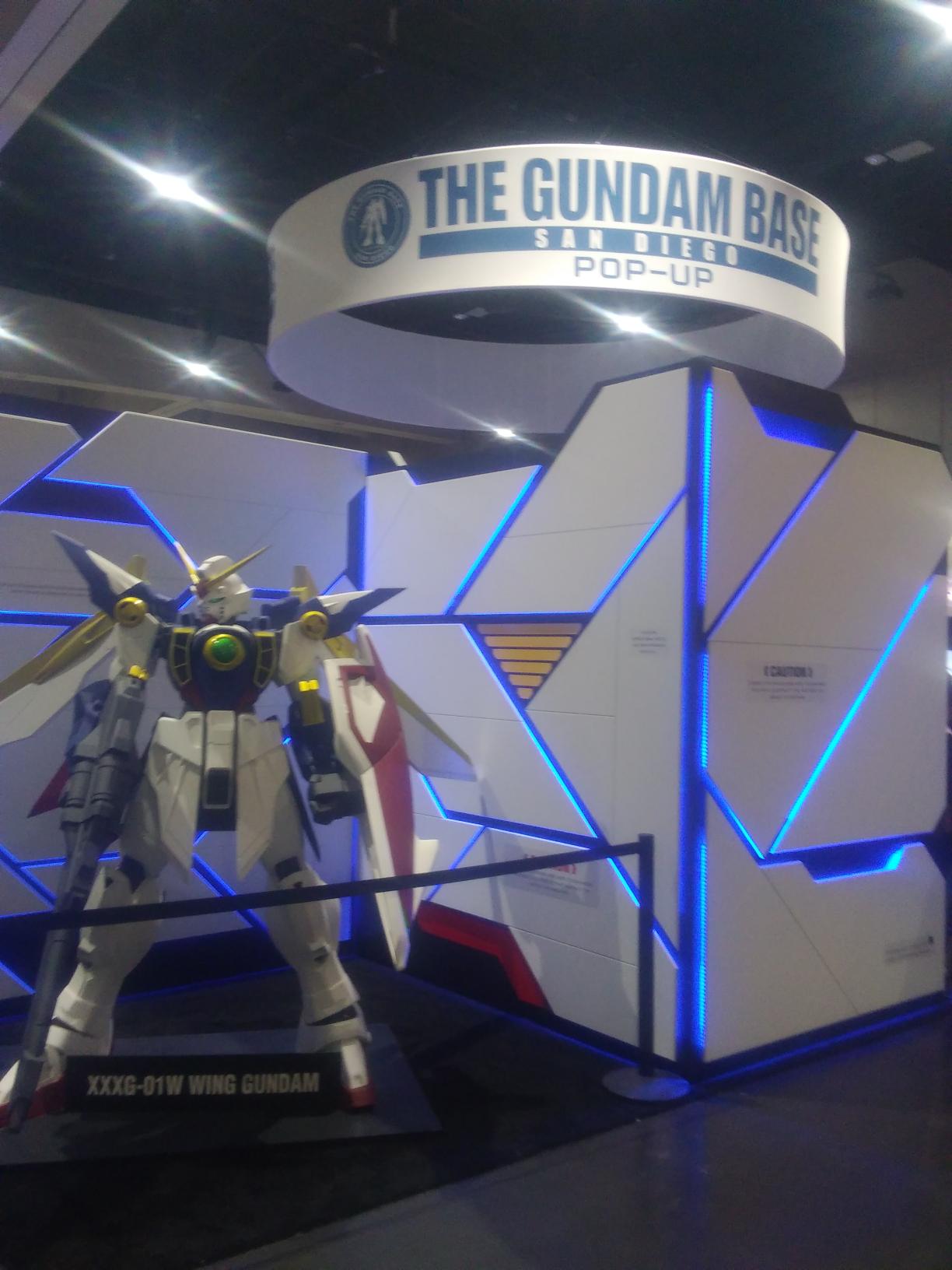 Despite the faults, This Special Edition really was fun and the staff and attendees were all optimistic that the Comic-Con of old will return to San Diego. This event was just a taste of the good times to come and I, for one, will be the first in line when they do. 3/5 Bud Lights.