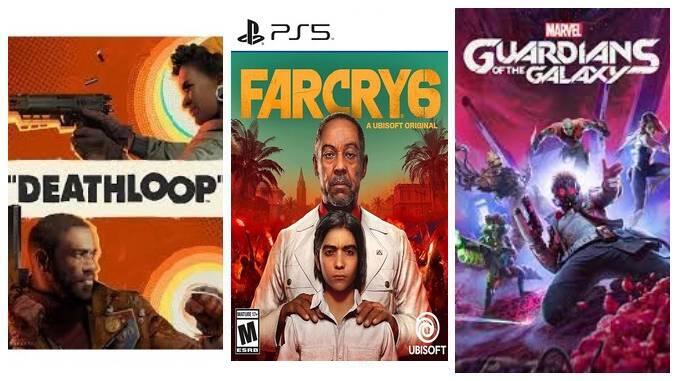 With the plethora of video games that release every Fall season, it’s pretty tough to keep up– both critically and financially. So, we’re killing two birds with a GHG stone here, a review round-up of Black Friday Deals that should help those gamers still on the fence. Breeze, buy/not-buy and let us know how you did below! 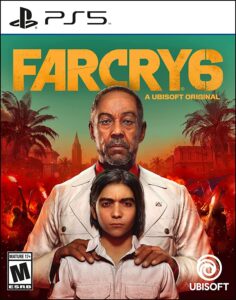 If you’re a single player/campaign shooter fan there aren’t a lot of options out there for you this holiday season. Sure the soon to be released Halo Infinite, and to a lesser extent Deathloop, are almost on every gamers wish lists this season; you’re still not going to have the power of choice that the multitudes of PvP FPS gamers have these days. If you’re more of a simple meat and potatoes (or maybe the more apropos rice and beans) kind of player you have even less options.

Enter Fry Cry 6 at the low-low price it’s being sold at for Black Friday. For just a few dollars more than seeing a Marvel movie in IMAX for a mere two hours, one can have some pretty decent fun living in an action movie as the venerable badass Dani Rojas for 20+ hours. While the game certainly does not break any type of mold, especially the franchise’s own, it’s still a very entertaining time – especially if you’re nostalgic for the tone of 90’s action movies.

There may not be a better shooter title that is perfect for just turning off your brain, having a few laughs, and fulfilling a power fantasy than FC6. The new weapon progression systems are a decent enough carrot-on-the-stick for gamers who like to see numbers go up.

Those of you who love getting endorphin hits from incremental upgrades will be like a pig in glorious open-world shit. Couple that with the new Supremo weapons, outlandish pets, vehicle upgrade paths, and the presence of one Danny Trejo in a new patched-in-mission are enough flavor to justify jumping back into a very familiar sandbox. Tres/5 Tequilas. 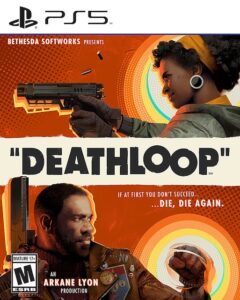 As exhausted as I was with the Deathloop marketing, it still remained one of my most anticipated games of 2021. It seemed to have all the DNA from other Arkane Studios titles like Dishonored, but transformed into a super stylized first person shooter with a time loop system. What we got is so much more than that. Even after rolling credits, I still want to run more loops…

For $25(!!) this week, what you get here is a title with a charming, unique concept. It’s also refreshing to see a game adopt a new formula to an over-saturated genre. By the end of your time with this game you’ll know every corner of Blackreef Island. I’m absolutely enamored with the game and any complaints I have are absolute nitpicks. Deathloop is dope. 4.75/5 Whiskeys.

Read the rest of the review right here. 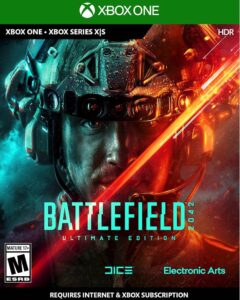 As a whole, Battlefield 2042 was launched in a disastrous state. I’ve been a Battlefield diehard since 2008’s Battlefield: Bad Company, and this is by far the worst launch I’ve seen for the franchise. Besides game-breaking bugs like falling through maps, becoming unrevivable, to straight-up not being able to spawn and having to hard reset, it’s been pretty rough, to say the least…

Battfield 2042 is also not as polished in the sense of what we are used to getting with quality of life gaming expectations. There’s no scoreboards, no in-game way to turn off cross play. You hit the button and it sends you to instruction on how to turn it off in your Xbox’s settings, which reflect the entire console. There’s no squad management neither. And can’t join friends when they’re in a match. BF2042 puts you in an eternal perpetual state cue which makes you have to close out the entire game to get out of. Empty/5 Glasses of Whiskey.

…just until the next 2 patches are out, one set for today and another next week that’s supposed to address a lot of the issues. 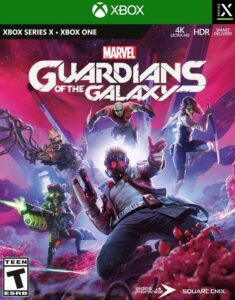 This was not what I was expecting. Not after Marvel’s.. ermmm.. Crystal Dynamics’ Avengers. Sure, that “games-as-a-service” wound up a touch better several months later (with a few neat DLC story additions and much improved gaming mechanics; the current-gen graphical enhancements certainly help, too), but then CD gave Peter no narrative to thwoop his webs through. #SMH. Well, props to Eidos-Montreal for shooting their twin Element sidearms.. the other way.

Marvel’s Guardians of the Galaxy, like the movie (at least the first one, for sure) is such a pleasurable experience. The character dialogue is just damned good; the characters are nearly as spry and quirky as James Gunn’s films and look nearly as cool, minus Drax. He looks bad, but it doesn’t ruin the game; in fact, Jason Cavalier‘s voice performance is profound and the awkward stares The Destroyer often gives mid-conversation are hysterical.

While just 4+ chapters into this splendid experience so far, I’m loving strolling around the Milano — a mini-Normandy experience for me, coming off the Mass Effect: Legendary Edition — and the ME-style character choices you make with Quill that impact the story, rather surprisingly. The graphics are rock solid on Xbox Series X, and the soundtrack.. oh, the soundtrack! If you saw the flicks, you know what I’m talking about. If you love Marvel anything, just go get this already– it’s less than half-price. 4/5 Whiskeys. 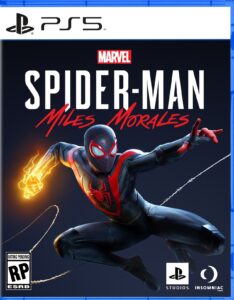 In his own standalone expansion, Spider-Man: Miles Morales, the new Spidey is an absolute gem. He is funny, nerdy, for the people, too friendly for his own good, makes little quips during battle that genuinely made me chuckle, and he is very much so an apprentice. I am looking forward to seeing how Miles’ character develops in future Spider-Man games.

For a shorter experience than the original Insomniac Spider-Man, there’s a lot of good supplemental content to help maximize your experience. In all I’m grateful that I got to step into this next Spider-Man experience with a fulfilling understanding of Miles Morales as a character, and as Harlem’s Spider-Man. 4.25-4.5/5 Miles-Not-Old-Enough-To-Drinks.

Read the rest of the review right here. 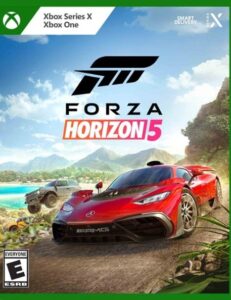 I couldn’t be more elated that one of my favorite game franchises is back, and showing off what the Series X is capable of. As great as FH4 was, FH3 was my favorite entry in the series. Until now. Now, despite being snubbed at The Game Awards (you surprised? Geoff Keighley is basura…), Forza Horizon 5 dethrones 3, with even more environment variety and color found whilst also bringing over the best innovation from 4: the Seasons and just how much it affects the races.

Graphically, Horizon 5 already could be called the best looking game of the year. Even when playing multi-player events loaded with other players, I’ve seen no frame drops, pop in, or fidelity loss. What Playground Games has accomplished is unreal. The audio – everything from each of the engines’ nuances, the tires’ burning rubber on tight corners, to the deep soundtrack — is as carefully curated as it ever has been.

I could go on singing FH5‘s praises for quite a while, but this is a mini-review. The game is pretty much flawless, and the best Black Friday deal in town because it’s free— if you have Game Pass (and you should, since it’s only $1/month for new members and was just on sale for $25 for 3 months)). 5/5 Coquito & Egg Nogs.