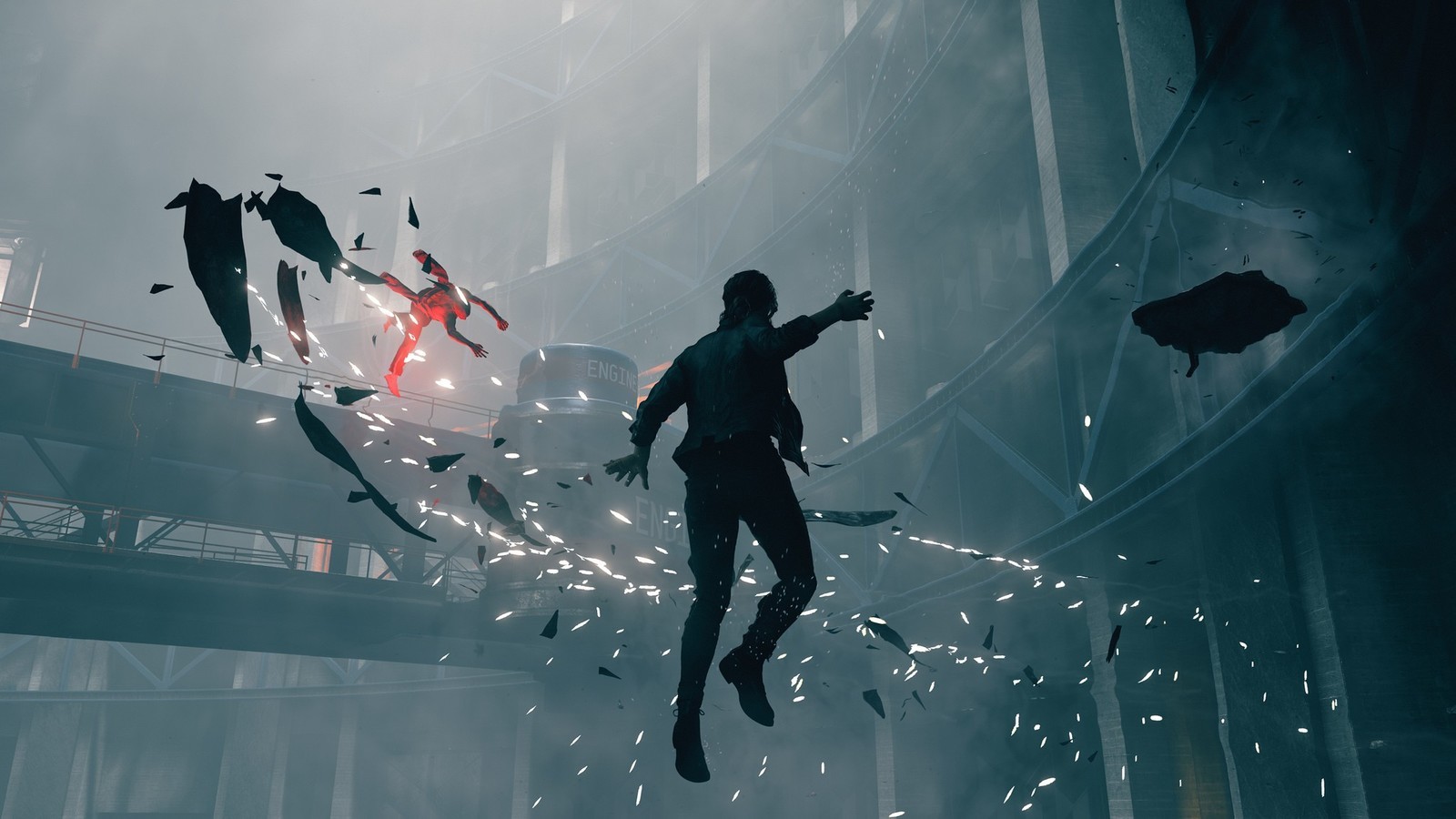 Hearing from Remedy Entertainment just a week or so leading into E3 was a pleasant surprise. It was, perhaps, even more of a surprise to discover that the Max Payne/Alan Wake developers unleashed their next IP, initially codenamed P7, to the world at the Sony Press Conference. Yeah, Remedy has been known for their more Xbox friendly titles, including spring 2016 Quantum Break. But what Control does for Remedy compared to that last effort, which was critically approved but didn’t exactly break down sales numbers, is a direct objective…

This is far from an ambitionless project from Sam Lake; Control just doesn’t have/need gimmicks (watch episodic TV as you play, etc.) to make it notable. At first, Control, indeed does look like the Starbucks-drinking stepchild of Quantum Break— with its twisted third-person gravity-altering sense of physical reality, and promising deep story. It may owe more in its allegiance to FX’s Legion and the novel-turned-recent-flick Annihilation than The Matrix, and the timing couldn’t have been better.

One of the questions I asked during my 20-plus minutes behind closed doors with the game was the diversity of locations. In fact, the entire game will take place in the FBC’s (Federal Bureau of Control) Oldest House.. of course, one room can expand to an entire other world. See, told you it will remind you of Legion/Annihilation (if not Poltergeist). Gameplay appeared to be very methodical, as each scene and story beat felt like a puzzle in itself (think: Metroidvania). Control surely isn’t a game for rapid-fire Titanfall of Duty bros.

Visually, Remedy’s latest was easily one of the most impressive at the expo. The lighting immediately caught my eye, and I swear I’ve never seen an office building — arguably the dullest of video game backdrops — look this outstanding. Watching Jesse Faden creep through the haunted halls of the FBC felt very real, and I’m guessing trying to separate what sections of “The Big House” are active reality, reactive reality, and inactive reality will provide the most titillating moments of our mission. Jesse will also pack supernatural Objects of Power to get through all this mind-fuckery — launch, shield, dvade and levitation. Her Service Weapon also forms into a physicals-altering handgun and shotty–def the coolest characteristic about Control‘s combat yet. 3.75/5 Mind-Bending Bibles.