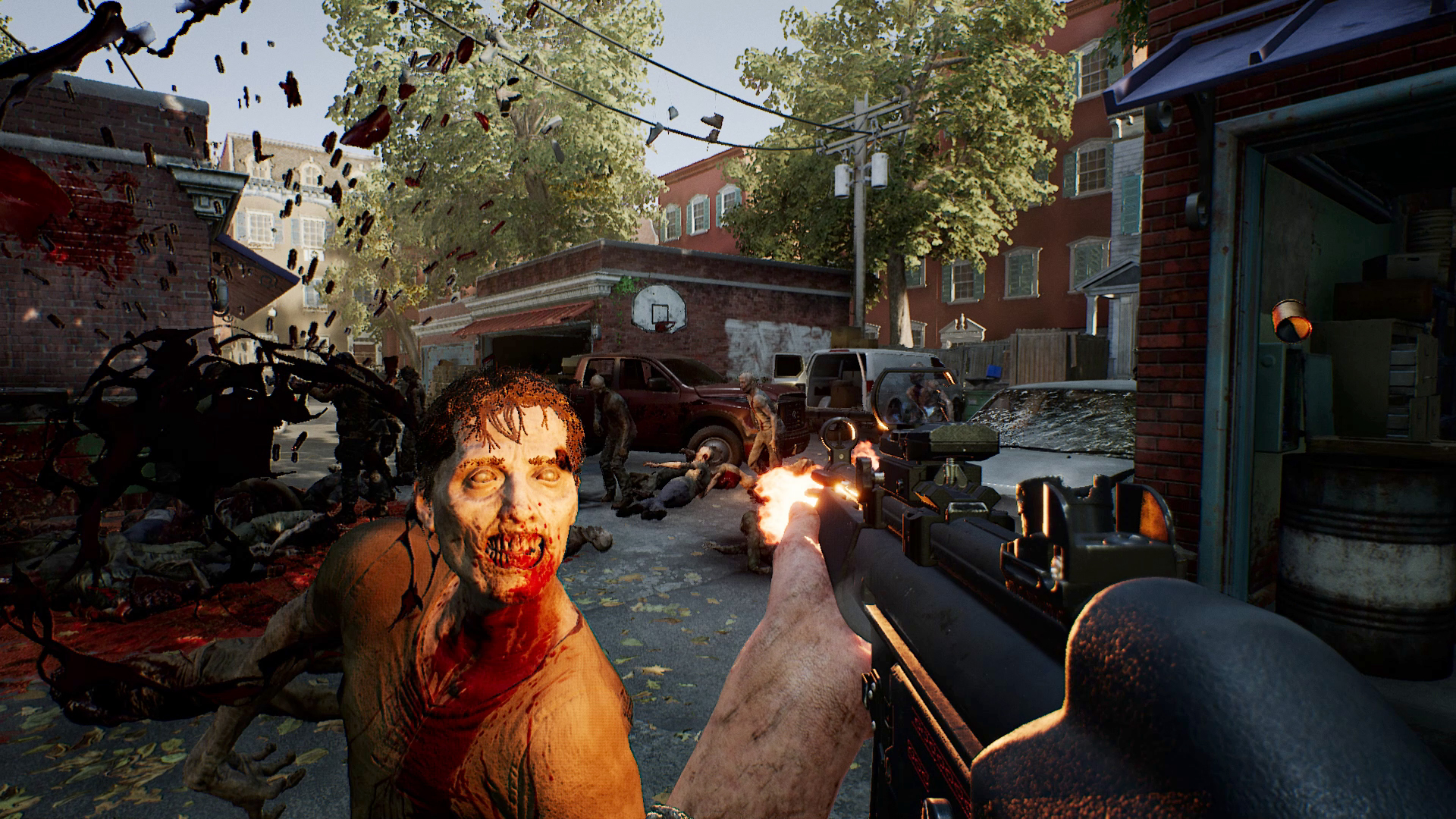 Funny, how, coming off a bad case of pneumonia among other internal not-so-fun disasters, I went into this past week’s trip to Los Angeles for my first ever E3 feeling like the Dead–and the two games I couldn’t wait to get my hands on were Dying Light 2 and OVERKILL’s The Walking Dead game. Hey, I’m a sucker for shooting gross things. The following details how much Techland’s Dying Light sequel improves on the first, and how poorly my “Monsignor” boyfriend just can’t PC.

Dying Light 2 had a great presentation. When GHG checked into our behind closed doors hands-off demo, little did we know we would literally, if not apprehensively have to be “hands-off” with actual zombies greeting us in a dimly lit red corridor. Very cute, Techland. Our presentation also wasn’t without humor; Dying Light 2‘s lead designer and self-proclaimed “Best Dying Light 2 Player in the World” (and I mean, “duh”), Tymon Smektala, was super pumped to show us the many improvements from the original and show us how “great” he was at a game he pretty much built. Besides looking better in 4K as most gamers saw in a surprise reveal during Microsoft’s press conference, Smektala and his team’s aim to set focus on the narrative…

Techland doesn’t want to make yet “another” zombie game. They want a memorable one, and bringing in admired RPG writer/designer Chris Avellone (Knights of the Old Republic 2, Fallout 2, Divinity: Original Sin 2 is just the first step. Or there’s just something about the number two. Each decision you make in DL2 will have severe consequences that drastically change the game. It all depends on which side of the poltical pond you want to swim in, and each decision you make and which faction side you take (either douchie “peacekeepers” or anti-government “smugglers”) all lead towards an entirely different gameplay.

While DL2 still has its intense parkour, FPS sensibilities and terrifying day/night cycles (said to not be so frustrating as the first game although we never got a chance to see it in the demo), the more robust RPG nuances and modern day medieval city setting are no doubt a welcome change. 4.5/5 Bibles of the Dead.

If Washington D.C. wasn’t a theme running this past week at E3, I don’t know what is. Like we watched in a pair of E3 reveals such as Fallout 76 (technically West Virginia) and The Division 2 (my next hands-on article), OVERKILL’s highly anticipated The Walking Dead game featured a pair of 4-player co-op missions near the monument; our team’s goal was to recover water from a rival group. While that sounds as simple as unzipping a passerby E3 geek’s backpack on the showroom floor, our team had to make sure we could gather enough gear, fight off hordes of zombies (but of course) and teach Travis how to use a keyboard. Trust me, the struggle was real.

Although I’m not entirely sure it was him that caused our downfall (OK, OK–it wa…), playing an instant 4-player co-op TWD game was a nice fun surprise. Melee felt great, communication (at least wth the 2 other girls) was on-point, and teamwork felt essential. We stil got our asses kicked. While directing camera angles were a bit shifty, this should wind up easier on a Xbox or PS pad with the second joystick. At least in this gameplay demo, we were limited to who I’m guessing are characters from the comics (sorry, I watch the show.. and it seems AMC ain’t having that in this game). Good news is that OVERKILL Software and Walking Dead creator Robert Kirkman’s Skybound imprint have a solid relationship that equates to an authentic feeling world. Just make sure you stay quiet in it. 4/5 Bibles.