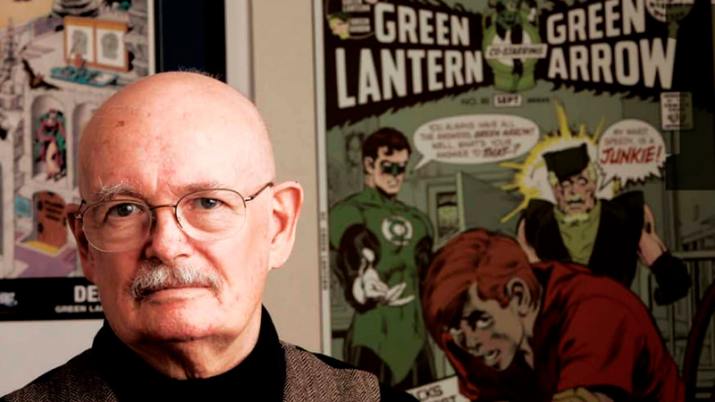 The comic book industry lost an icon this week with the passing of Dennis O’Neil. Denny, as he would introduce himself, was a giant in the industry but you would never know that by the way he spoke to you. To say that Denny breathed life into so many characters that we know, love and revere would be an understatement. This was a man who took Batman from his campy 60’s TV show persona to the Dark Knight detective that we know and love. He took Green Lantern and Green Arrow on social justice crusades that highlighted the events of the day. He brought Professor X back to life in the pages of X-Men. His taste for crime noir was spectacular as he tackled both Daredevil, the Shadow, and the Question.

Born in St. Louis, Missouri in 1939, Dennis O’Neil had a love affair with comics from an early age when he would go to the grocery store with his father or grandfather, and pick up the occasional comic book. He would graduate from St. Louis University with a degree focusing on English literature, philosophy and creative writing. He would later join the Navy just in time to work for the blockade of Cuba during the Cuban Missile Crisis.

Roy Thomas recruited a young O’Neil after reading his bi-weekly columns on the revival of the comic book industry. When Thomas left DC Comics for Marvel, he suggested to Stan Lee that Dennis take the Marvel Writer’s Test. This test led Thomas to hands over the reins, ever so briefly, to O’Neil on Doctor Strange, Rawhide Kid, Millie the Model, and X-Men #65. 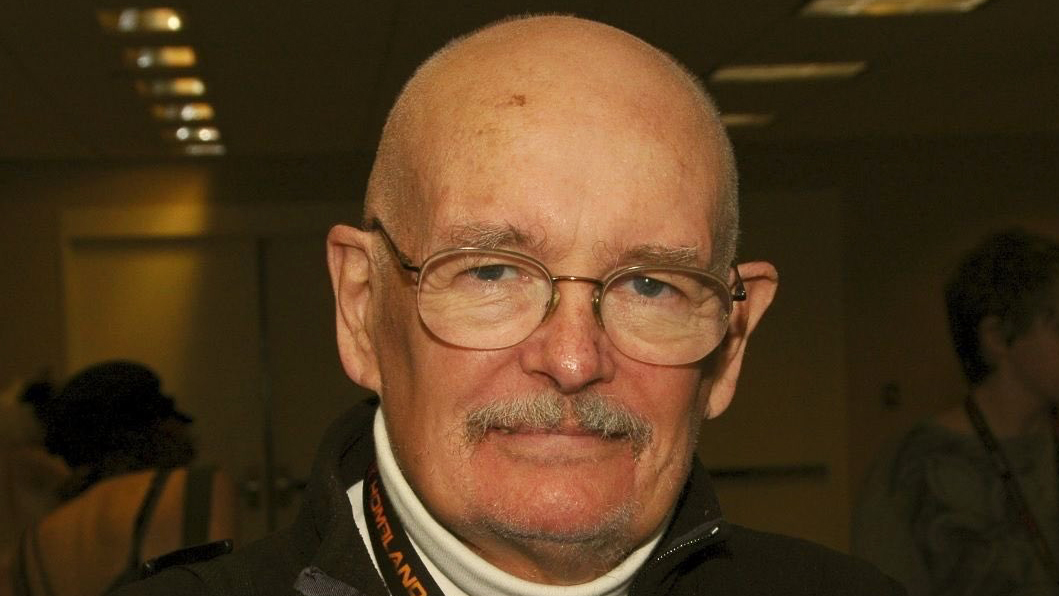 After a stint with Marvel, O’Neil’s writing caught the eye of Dick Giordano at DC Comics, and was offered an editorial position. O’Neil is probably best known for his work while at DC Comics where, partnered with Neal Adams, we got some of the greatest works out of both creators. While on Batman, he took the Dark Knight from his campy 50s-era persona and made him into the true detective that has remained the basis for every Batman comic since. We also got the creation of Ra’s al Ghul, who was introduced in Batman #251.

While also with Adams, we bore witness to one of the greatest team ups, and most socially conscious book in Green Lantern and Green Arrow, where O’Neil and Adams used the titular characters to discuss the social ills of the day, whether it be racism, sexism, drug use — you name it, they discussed it. He and Adams also co-wrote the oversized Superman vs. Muhammad Ali, which Neal has called a personal favorite of the collaborations. 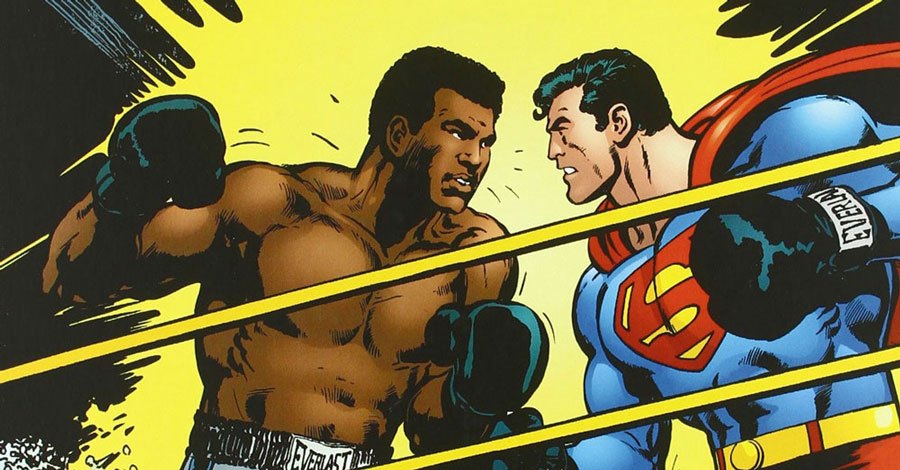 O’Neil would bounce back and forth from Marvel and DC Comics. While at Marvel, he and John Romita Jr. created Madame Web in The Amazing Spider-Man #210, and Hydro-Man in #212, over in the pages of Iron Man he created Obadiah Stane aka the Iron Monger; took Tony Stark to the depths of alcoholism; and put Jim Rhodes in the Iron Man suit.

O’Neil also found a young Frank Miller while at DC, who he would later put on Daredevil to legendary results. When Miller took a break on DD, O’Neil stepped in and created the great Yuriko Oyama, who would become the villain ‘Lady Deathstrike’ in the pages of X-Men. We also have O’Neil to thank for naming the greatest Transformer of all time– Optimus Prime. When Denny returned to DC Comics, he found his home within The Question, as well as familiar turf in Green Arrow and Batman in Batman: Sword of Azrael where he and Joe Quesada created the character ‘Azrael’.

Dennis O’Neil was a giant in the game but when you met him he never let on his importance — he was ever just “Denny”.

Personal story time: I’ve been working on a documentary for about 8 years now and back around 2013, Dennis was at Wizard World Austin (or it could have been here at Comicpalooza in Houston; the cons blend at times after a while), but he was there and I asked if I could interview him. He graciously gave me his email and said to email him and we could try and set something up. I did and we scheduled an interview at his son’s house in Brooklyn. So I get all my gear together, I rent equipment and I fly up to New York and I get an amazing interview. I say thank you and I leave right for the airport. I get home, check the footage and no audio. The mics either weren’t set up correctly or what-have-you, I don’t know. I panic because this is a once-in-a-lifetime opportunity (and yes, I had checked the mics the night before). So I don’t know what to do and my dad goes “Well, email him, these things happen”, so I email him back and explain to him what had happened and I get an email back where he apologized for “the gremlins that took over my tech” (or something to that effect), and we promptly rescheduled an interview for a few months down the line. I went up there, freezing winter weather (it was a brisk 29 degrees) and he sat down for another 2-hour interview and it was just as amazing as the first time. 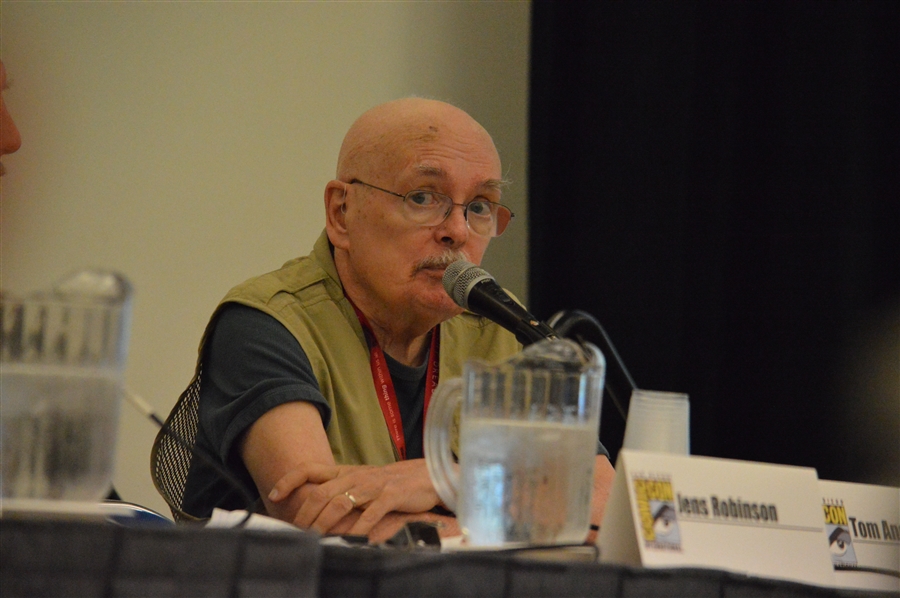 Dennis O’Neil will be missed by all. His warmth, his compassion, and empathy are all things that should be and will forever be admired, respected, and something to aspire towards.