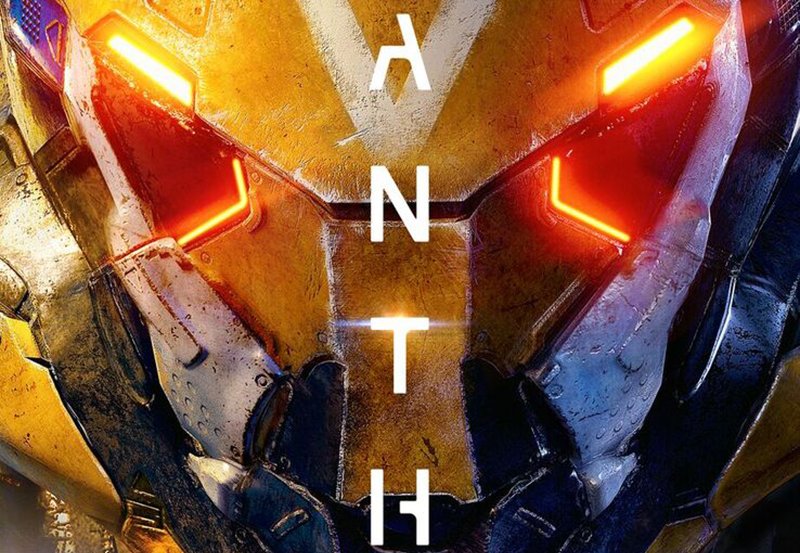 ANTHEM (Bioware/EA – PS4, X1, PC – 2019) – Let’s get the obvious out of the way: we don’t know too much about Anthem, except that it’s being developed by Bioware — a company coming off a fresh screwing of its entire fanbase with Mass Effect: Andromeda. I know, I enjoyed the game too, but playing the game was a lot like walking in on your amazing, beautiful girlfriend naked with another dude and then forcing yourself to listen to her “this is not what it looks like” speech.

Now, several years later, we all want to believe that she’ll be loyal and true, but we all have that doubt lingering in our guts. A little over the top? Maybe, but this is how I feel watching Anthem’s development unfold. Below the brand new EA PLAY Teaser trailer is Bioware’s Anthem plan for the EA Press Conference next Saturday:

EA promises an unseen trailer that delves into the dangerous world of Anthem. You’ll get a glimpse into the story, characters, and monsters that bring the game to life.

Last year EA showed off some of the core gameplay that you can expect from Anthem – flying, fighting, and of course, collecting loot. And this year they’re happy to show off some more.

One thing EA’ll be showing in-depth this time around is combat. The power of the Javelin exosuit will be on full display as players take on the most ferocious enemies seen yet.

The dev team at BioWare has been hard at work, and now they’re ready to show it off in-person. Hear some of the guiding principles that have shaped the development of Anthem as BioWare General Manager Casey Hudson, Executive Producer Mark Darrah, and Lead Writer Cathleen Rootsaert take the stage.

5. A Look Behind The Curtain

Along with hearing from the developers themselves, EA’ll be showing off some of the concept and production art of Anthem. You’ll get a chance to see the craftsmanship that has built this incredible world from the ground up.

(Continued from 5/22) Your mech pilot protagonists, Freelancers, wear Javelin exosuits; these customizable armored unis will have different classes; we know that both the Colossus and Ranger suits (with more YTBD) will offer varying melee attacks. Whether we hop on missions outside the suit has yet to be seen.

Since the game has been confirmed to not take place on Earth, there are limits as far as how far you can fly in the Javelins. Flying freedom will rely on skill progression, and your time underwater requires suitable oxygen levels.

Yeah. That’s it. But hey– if you’re not excited about this game, you’re either blind or you’re not really a gamer; and, if you’re not worried that Bioware and EA can absolutely screw this up, you’re either blind or you’re not really a gamer. I’m an optimist. I want to believe that this game will knock my socks off, so I’m hoping for the best. Both of these companies know that E3 is a glorified marketing junket, so expect a good showing at EA Play that bolsters excitement levels. But will we get the teary-eyed joy of Mass Effect? Or will we get that backstabbing betrayal of ME:A? We all have to wait and see.