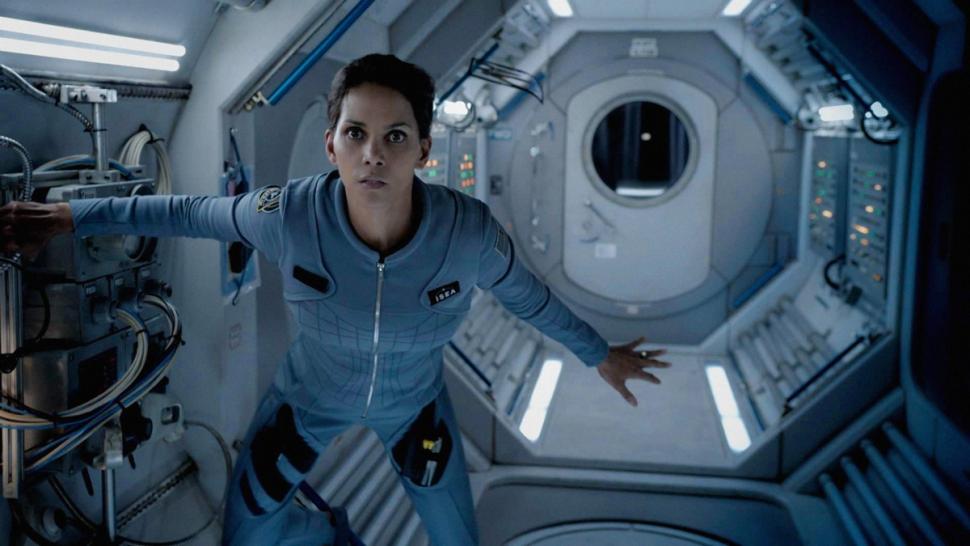 Extant is network TV’s latest failed attempt at sci-fi, thanks to the man, the myth, the money-maker, Steven Spielberg, and Ms. Berry, herself.

Extant is, at its best, too little, and at its worst, too much. Boiled down, it’s the simple story of a husband and wife coping with infertility. And they do it the only way they can: He builds a robot child. But family life gets complicated when She goes on a solo mission to space for a year and comes back inexplicably pregnant. Now, if any of that sounds unfamiliar to you, you are obviously not John or Molly Woods (played by Goran Visnjic and Halle Berry, respectively), who are not only the husband and wife in question, but also are a scientist and an astronaut, respectively.

Too much? Too bad. Because, since Spielberg is clearly counting on this show, the mysterious and eponymous president of the same shadowy company that funded Molly’s trip to space, is now also privately funding the development more of John’s robot children, so now we’ve also got a corporate conspiracy in this mix. “Yay” for series arcs!

“That’s just how things are IN THE FUTURE.” —[something I imagine] Steven Spielberg [says]

And so this is my main complaint. Don’t get me wrong, the best parts of Extant are the best. It’s shot cinematically, everything sweeping and wide, but intimate. The production design has fully-realized this “near future” world, but none of it seems heavy-handed. And the performances are captivating: America’s favorite fat girl, Camryn Manheim, doesn’t disappoint as Molly’s baffled doctor. Hiroyuki Sanada is great as dubious Yasumoto. And at the helm, Visnjic and Berry are totally believable in an otherwise unbelievable world, where space travel is privatized and scientists have workshops where they build robot children in their own homes. However, the beautiful mystery of the IMMACULATE ALIEN PREGNANCY at the heart of Extant is eclipsed by all the dazzle.

It’s like a bomb going off underwater. It looks pretty spectacular, but it doesn’t make a sound.

On a specifically editorial tone, I’m flummoxed by the continued overt racism on network television. Although on the surface, the inter-racial marriage of John and Molly looks progressive, they are “infertile” and unable to have children of their own. And the robot proxy son John builds for them is totally white. Additionally, we learn that Molly’s true love was actually a fellow astronaut who died years ago. THAT man was, you guessed it: African American. Also, can we stop making Asian people the dubious heads of shadowy corporations?

Extant airs tonight on CBS at 9/8c. Watch the premiere episode right here, if you dare.