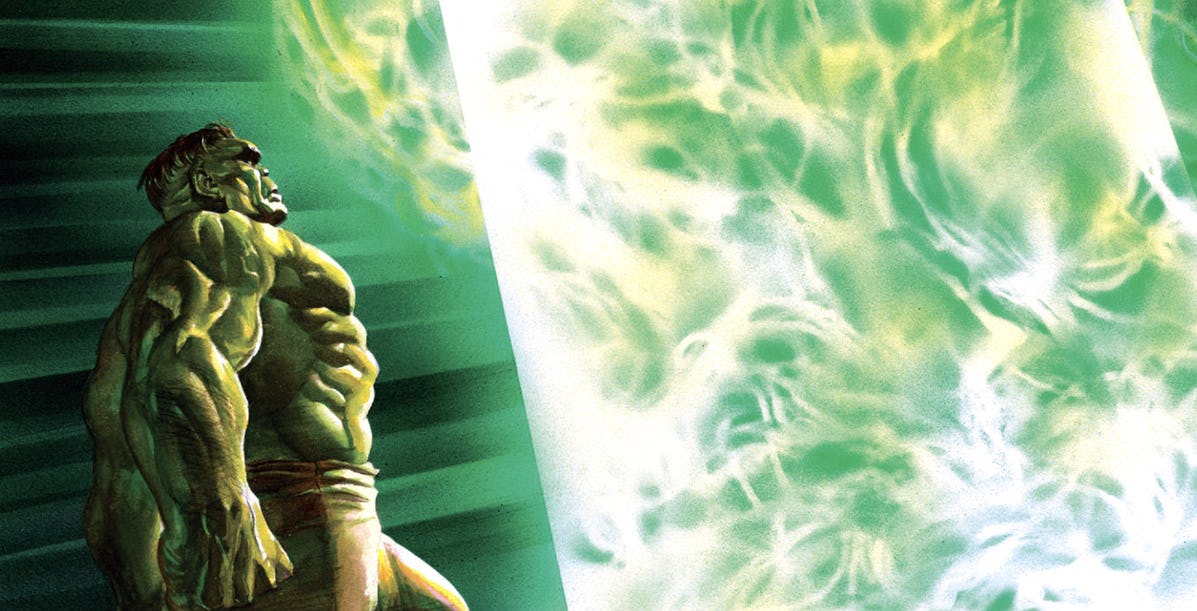 In classic team-up style, we join Hellboy already on a mission in Romania, finding something creepy and next thing you know — HB has crossed paths with Dawn and her crew ! Proper introductions are made, and before you can say “Pancakes!” — we have zombies to deal with! Mignola provides a cover, and a handful of pages while Steve fills in the rest! Don’t worry about “where does this fit into the continuity, because it doesn’t, and that doesn’t matter much now anyway, does it?! 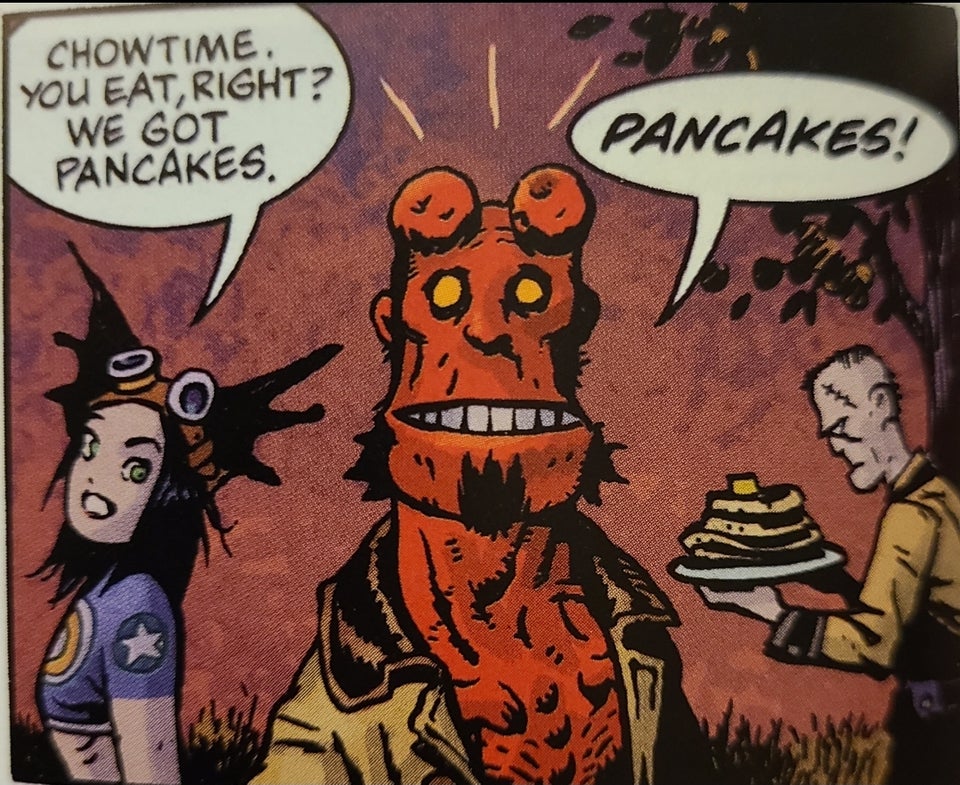 It’s a fast paced undead battle and before you know it, you too have fallen for Miss Fearless Dawn and her cohorts! This what a crossover is supposed to be all about. Mignola’s HB Army is certainly to be filled with members who’d dig a series like Fearless Dawn, and with this lil’ taste I’m sure Steve’s going to get “the rub” as fans check out this fun series. 4.5/5 Bibles.

What’s happening people! The Belser hear back on the comic review tip. It’s been awhile since I’ve actually done a comic review here on GodHatesGeeks. I’ve stuck mainly with character retrospectives lately, but I felt this was an important one.

A while back, they announced the relaunch of the Milestone Media comic franchise with DC. Milestone, for those not in the know, was an independent offshoot founded in the early 1990s by a collection of African American writers and artists who were frustrated in dealing with the bigger companies and their lack of diversity. This revival of Milestone is being spearheaded by acclaimed writer producer and director Reginald Hudlin (also the writer of this comic). 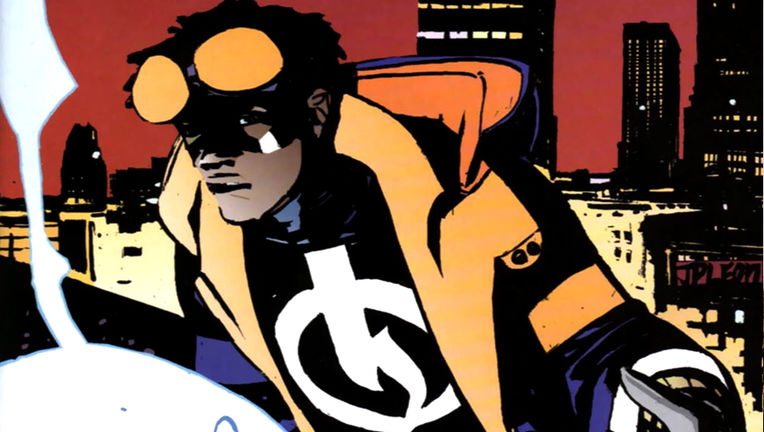 The story in itself starts as a reintroduction to some of Milestone’s more famous characters including Icon (their version of Superman), his teenage sidekick Rocket and their most popular character, Static (their version of Spider-Man). My favorite panel shows Icon revealing himself to the world and stating why alien life has not been more abundant on Earth. It’s not due to the lack of technology but due to their racial prejudices.

Icon and Rocket are tracking down a mysterious figure who is acting as a ruthless vigilante attacking people that he assumes are criminals (coincidentally, most of them are black). For this, they will need the help of a new ally in Static. One thing I’ve always admired about the Milestone brand is their willingness to discuss what’s really going on in the world. The most ironic part about it is that they dealt mostly with racism and police brutality in the early 90’s and they are dealing with the exact same thing almost 30 years later in time of Black Lives Matter. 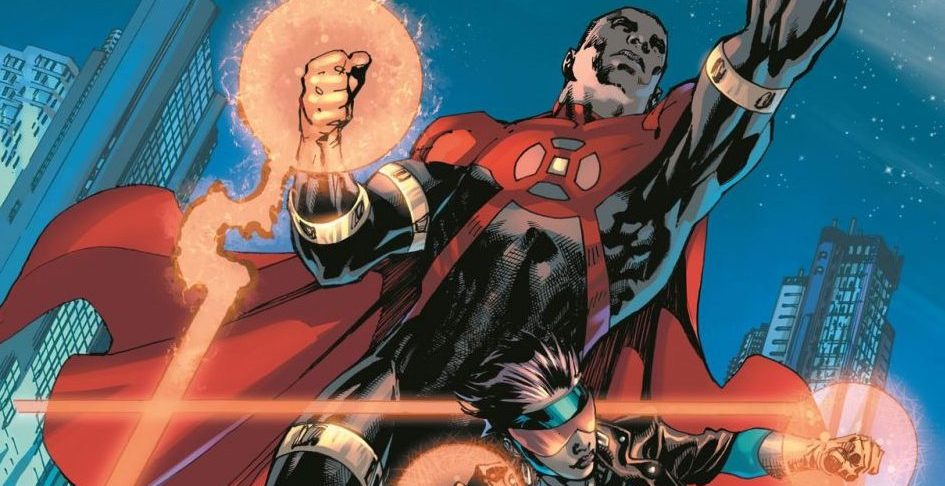 This is mainly an introductory story. It was a very good setup and I really enjoy the artwork. Because of the strength of this read, I am looking forward to what will come of this title. I highly recommend it. 5/5 Bibles.

Immortal Hulk has been one hell of a ride with Al Ewing at the helm. Al has been introducing religious quotes and Kabbalah and psychology to coincide with the horror that is his run. With Immortal Hulk we get to see where some of this stems from but now there’s more questions than answers. This of course will prompt Hulkamaniacs to continue on their course through this dense story line.

The book is also a flashback issue revealing some great issues from when Mike Mignola did the honors on the Incredible Hulk series and delivered some amazing cover art during the Crossroads Arc. The nostalgia is real in this issue because I inherited my interest for Hulk (and getting Brolic in the gym) from my father. We get to read the ridiculous mindset of Brian Banner. It plays on how scientific and academic genius may hinder emotional intelligence. That seems to be the theme in this book, and is well delivered and handled between Al Ewing, Bill Marten, and Pete David.

The art in this book from the flashback comics still amazes. Pre-Hellboy Mike Mignola and Adam Kubert look great in print again and on digital screen. Maria de Iulis brings everything to the present with his digital art to contrast from the old school boards and ink. I think we find out who the mastermind to the whole scheme is by the end, and you can’t have a Hulk run without *him* I guess. I took off points for the confusing portion of Peter David’s book, but overall this is a solid read and evidence of Al Ewing’s research into the Hulk lore. 3/5 Bibles.