Attendees can expect one-of-a-kind access to their favorite franchises during Hasbro PulseCon, and interactive experiences connecting fans with the creative talent that help bring them all to life. Brands including Dungeons & Dragons, G.I. Joe, Magic: The Gathering, Power Rangers, Transformers as well as premiere partner brands Marvel, Star Wars, Ghostbusters, and more will be featured in an exhilarating panel and activity lineup that spans two days, giving fans a livestream experience to celebrate with special guests, receive exclusive access to exciting brand reveals, purchase Hasbro PulseCon merch, and participate with interactive elements such as live Q&A, trivia and even virtual ‘ghost hunting’ in celebration of National Ghost Hunting Day! For every viewer of Hasbro PulseCon, Hasbro will donate a toy or game to Toys for Tots up to 100,000 pieces. Through the gift of a new toy, Marine Toys for Tots helps bring hope and joy to America’s less fortunate children.

While the 2-day virtual event hosted by SYFY Wire on-air correspondent, writer, and producer, Jackie Jennings, begins on September 25, fans can expect a few fun surprises leading up to that date – including an advance sneak peek on the Hasbro Pulse YouTube Channel September 22 at 12pm EST. In addition, Hasbro and eOne are thrilled to be launching a PulseCon Spotify list which will be available on Friday 25th and consists of a number of songs from eOne artists, including The Lumineers, Powfu, Brandy, Alice Ivy and Lights.

Included below is a peek inside the programming that will be available exclusively on the Hasbro Pulse YouTube Channel. Programming takes place on Friday, 9/25 at 11am EST and Saturday, 9/26 at 10am EST, with each day ending around 5pm EST for exciting musical experiences with its lineup of artists.

Join Magic: The Gathering head designer Mark for a special PulseCon panel, where he’ll discuss behind-the-scenes stories and details about the newest Magic card set, Zendikar Rising. From the origins of the set’s design and the beginnings of his favorite set mechanics to the history of the fan-favorite world of Zendikar, this live event is the best place for exclusive insight on how Magic’s latest set was created. Moderated by Wizards of the Coast’s Blake, the panel will also include a short virtual Q&A for any burning questions about Zendikar Rising.

Join us for a special episode of Dragon Talk, the official Dungeons & Dragons podcast. Hosts Greg and Shelly welcome back actor and D&D aficionado Matthew Lillard to chat about playing Dungeons & Dragons for decades and how it inspired him to co-found an exciting, immersive D&D game accessories company, Beadle and Grimm’s, with his gaming group. 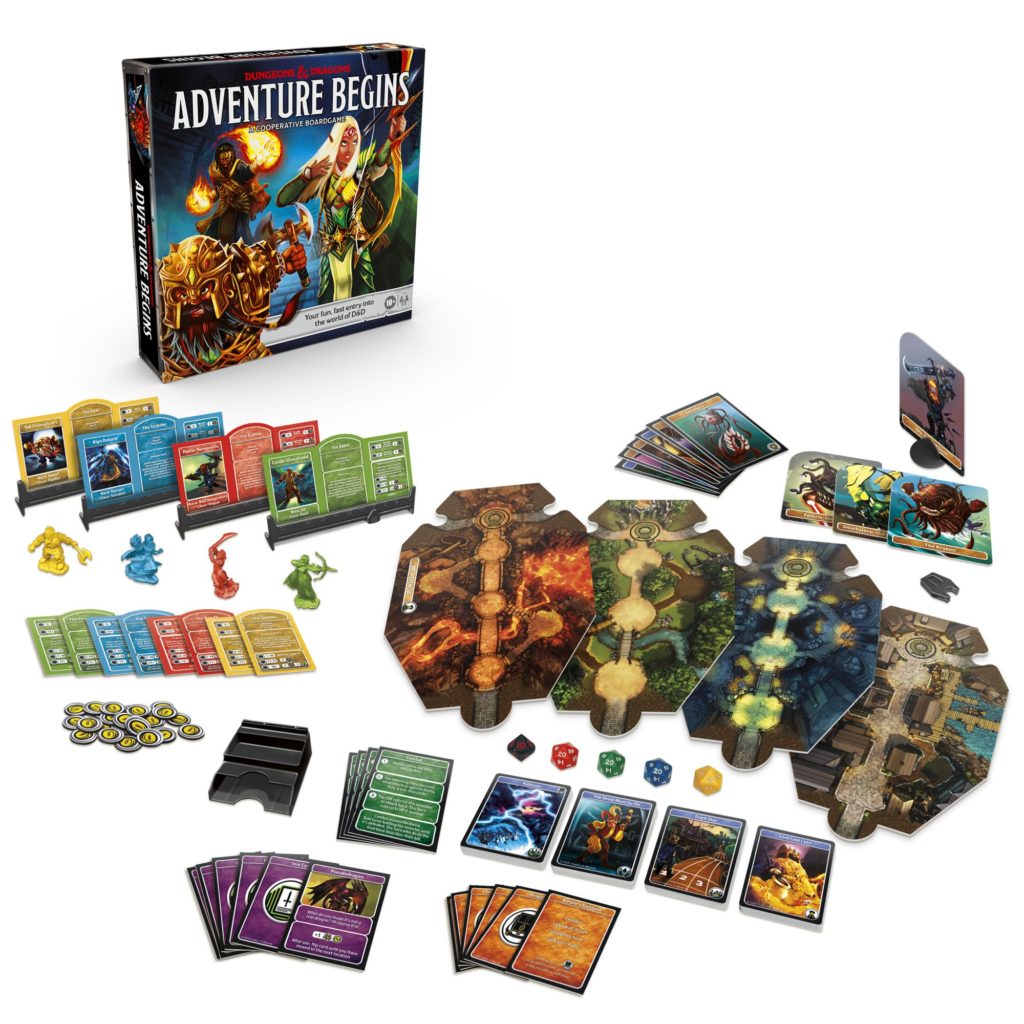 Joe Manganiello (actor, director, writer, producer) will give players of all skill levels his advice on how to be a great Dungeon Master. Joined by Filmmaker Kyle Newman, one of the authors behind Dungeons & Dragons’ Art & Arcana as well as the upcoming Heroes’ Feast and a regular player in Joe’s home game, the two of them will give you a peek behind the DM screen of Joe’s long running “War of Dragons” campaign as well as other fun insights and stories ranging over their long history with the game.

Join members of the Hasbro Marketing & Design teams and Lucasfilm Product Development team as they discuss the popular Hasbro Star Wars line, including The Black Series and The Vintage Collection. Attendees will get an in-depth look at Hasbro’s latest action figure and premium roleplay offerings from throughout the saga. Word on the Holonet is there may also be a few surprises. This is the way! 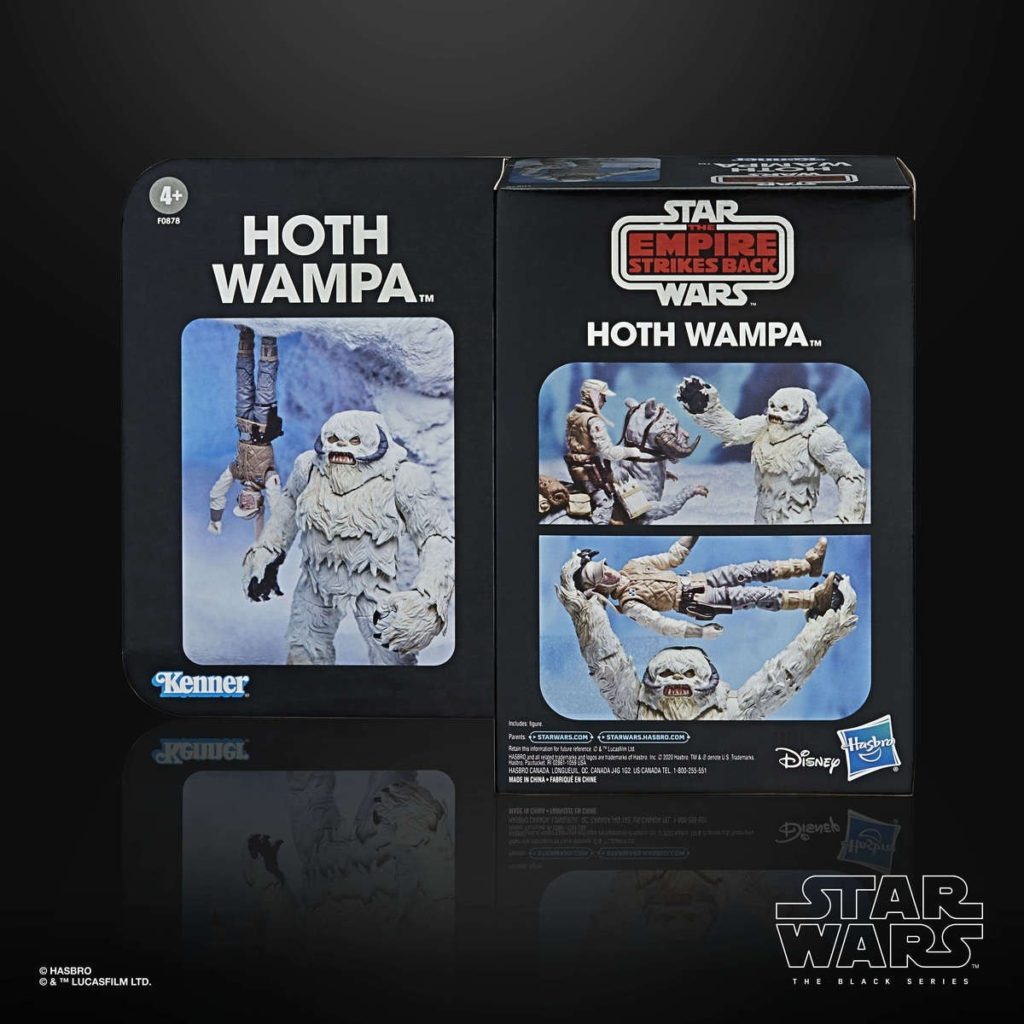 In 2018, we launched HasLab with a dream: make the biggest Vintage Collection vehicle ever, the ones fans had been requesting for years, Jabba’s Sail Barge, the Khetanna. Join members of the Hasbro Marketing & Design teams as they reveal the next Star Wars HasLab Vintage Collection dream project!

Join Ashley Eckstein, aka Ahsoka Tano, and the Captain himself, Dee Bradley Baker, from Star Wars: The Clone Wars and Star Wars: Rebels to discuss both shows as well as new and exciting Hasbro product inspired by the series. Moderated by Patrick from the Hasbro Star Wars Brand Team, you’ll get the inside scoop on their personal Star Wars collections and a first look at their reactions to seeing their characters come to life in figure form. 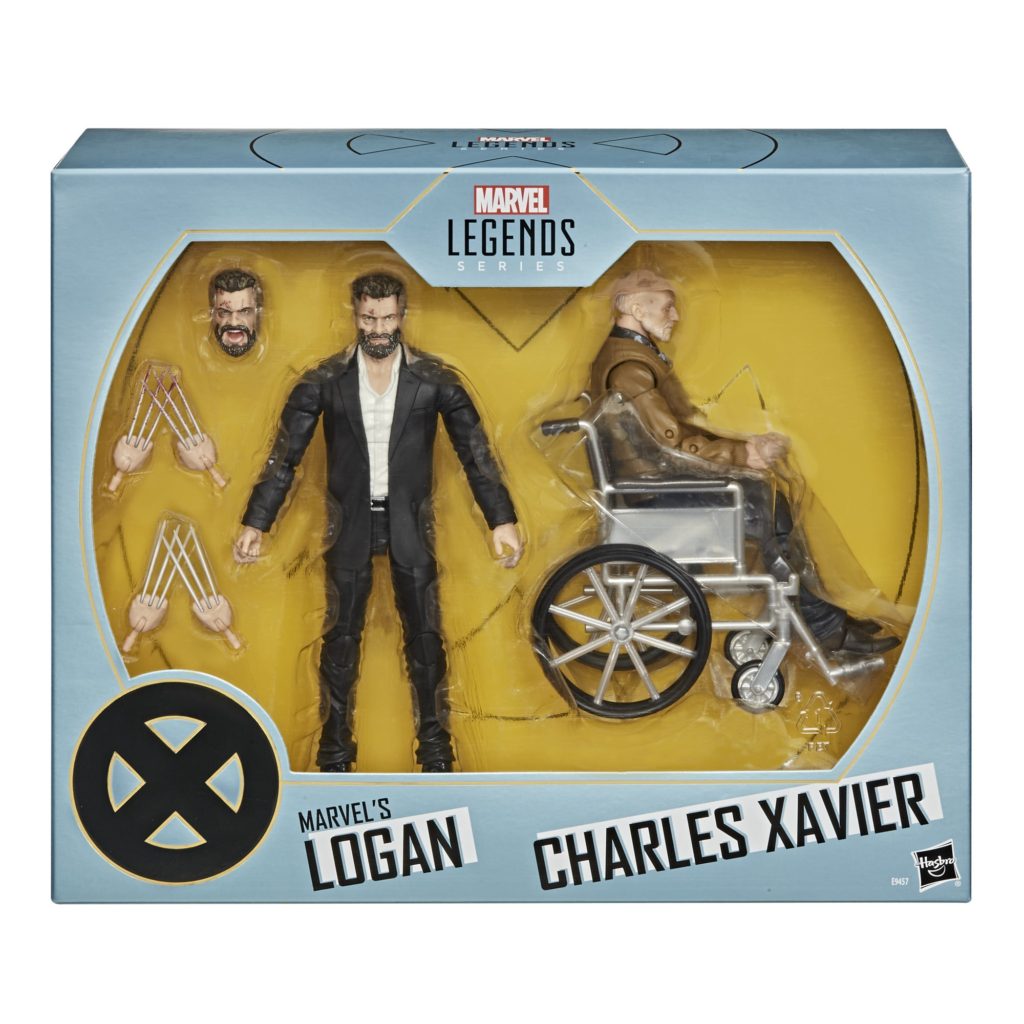 The Hasbro Marvel product experts will discuss some exciting news around Hasbro’s ever popular Marvel LEGENDS action figure line! Viewers will also get a sneak peek of upcoming, never before seen Marvel action figures plus some special surprises as well.

Even more news and reveals are waiting for you during the G.I. Joe event at Hasbro’s PulseCon! Tune in and be the first to see new items, find out which characters will be launched next, and get a peek inside our development process directly from our team. And if knowing is half the battle, you’re going to want to join in for G.I. Joe trivia and show off your expertise. Plus a special message from Henry Golding, star of the upcoming film Snake Eyes. Don’t miss all this plus other fun surprises we’ve got up our sleeves! YO JOE! 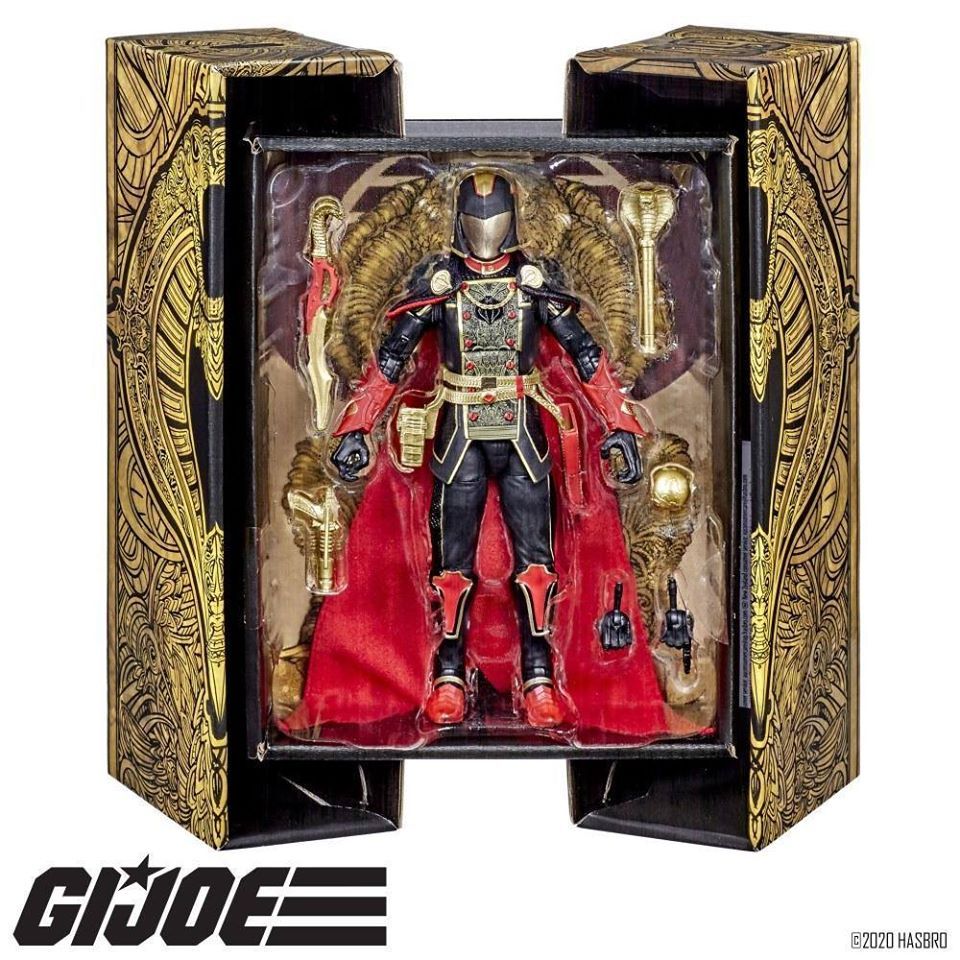 THE VOICES THAT INSPIRED GENERATIONS OF TRANSFORMERS FANS!

The powerful voices behind many of the most iconic characters – the heroic Autobot Optimus Prime and the villainous Decepticons Megatron & Soundwave – come together as friends and share stories around the legacy they have helped create.  With more than 30 years of Transformers voice acting history and decades of friendship, this talented duo will fill the air with untold stories and glimpses behind the microphone of some of the most memorable recording sessions.

Join the Hasbro Transformers team as they officially reveal toys from the third and final chapter of the War for Cybertron trilogy, KINGDOM, including the entire first wave of the product line. You won’t want to miss it; it’s going to be a beast! Special guest, John, will share the inspiration behind the collection and give his final farewell to the Transformers brand! The celebration will continue with the 2020 Transformers Hall of Fame and a well-deserved induction of the newest human honoree… ME excited! Be prepared for huge surprises, a 10-year anniversary celebration, and exclusive reveals seen first here! We can’t wait to share it all with you. 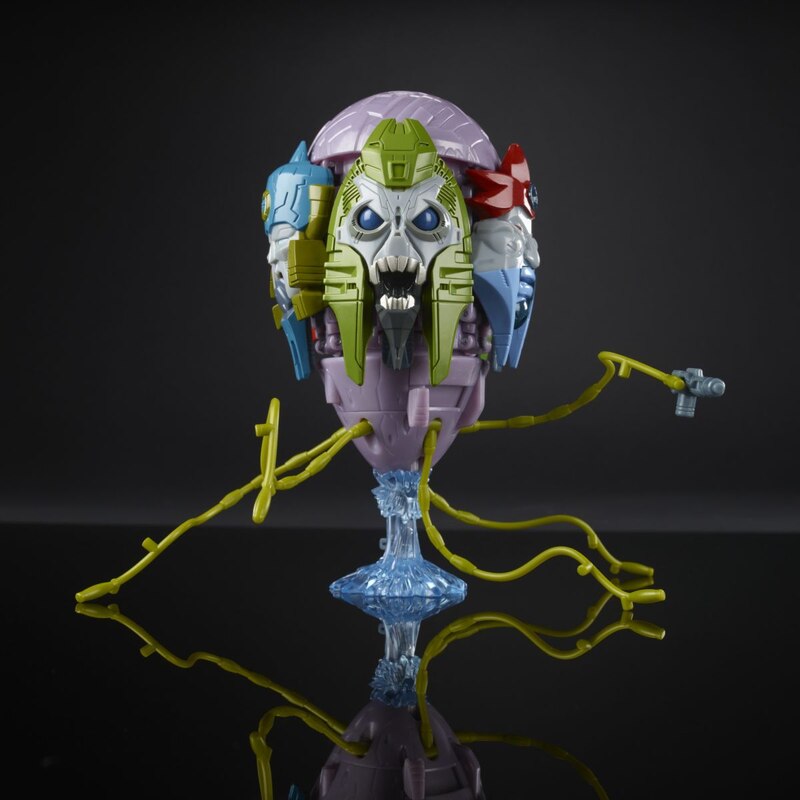 Join us as we celebrate the Ghostbusters franchise in a three-part panel filled with HUGE surprises and reveals!

We’ll begin by celebrating the iconic 1984 film. Tune in for ghostly surprises, classic toy news, and a visit from a very special guest: Ernie Hudson, otherwise known as Winston Zeddemore from Ghostbusters!  Get ready to hear him answer your fan questions!

Part 2: The Making of Kenner The Real Ghostbusters Toys 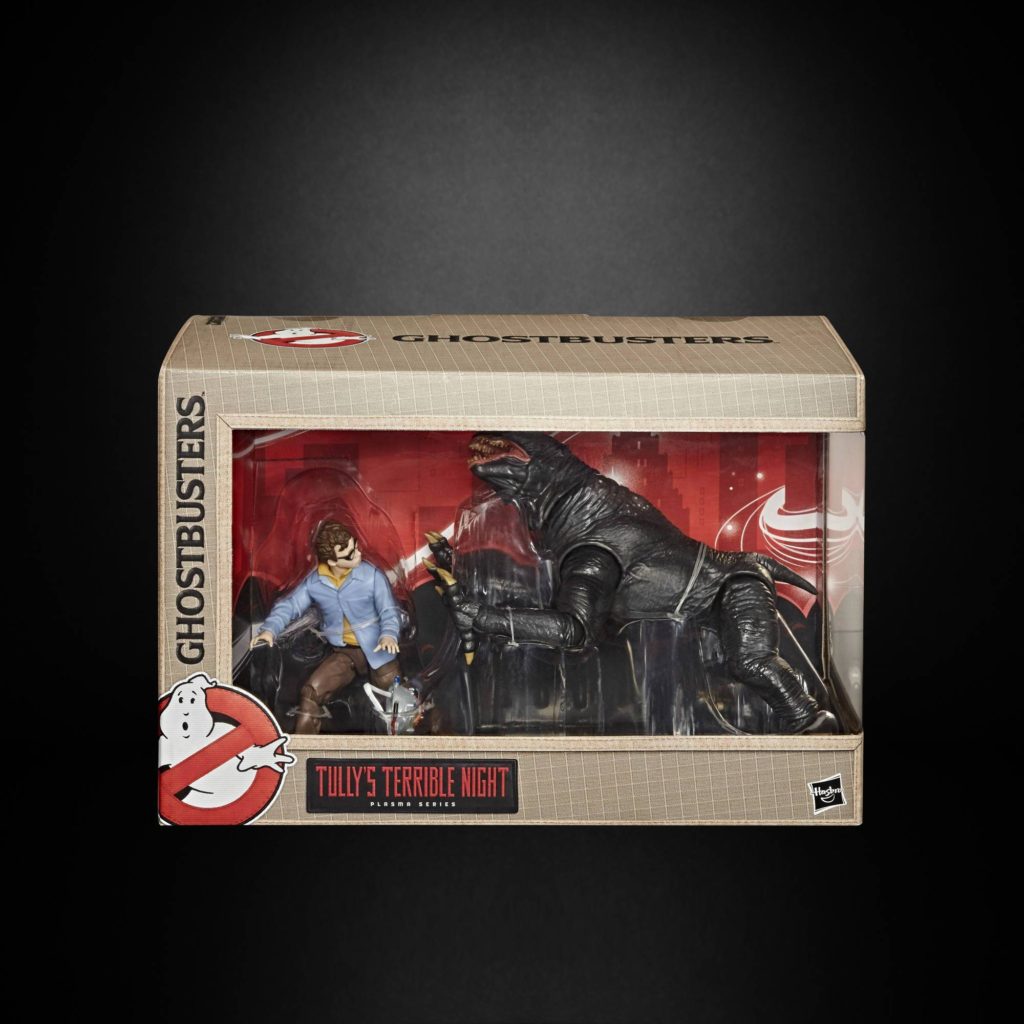 Join us for the Power Ranger Brand Panel, featuring morphinomenal news and brand announcements across new Power Ranger’s product.  Be the first to see new Power Rangers Lightning Collection figures and other products yet to hit shelves, as well as sneak peeks of upcoming items. All of this exciting news will be followed by a Q&A with the design, sculpting, creative, and marketing teams from Hasbro. Go Go Power Rangers! 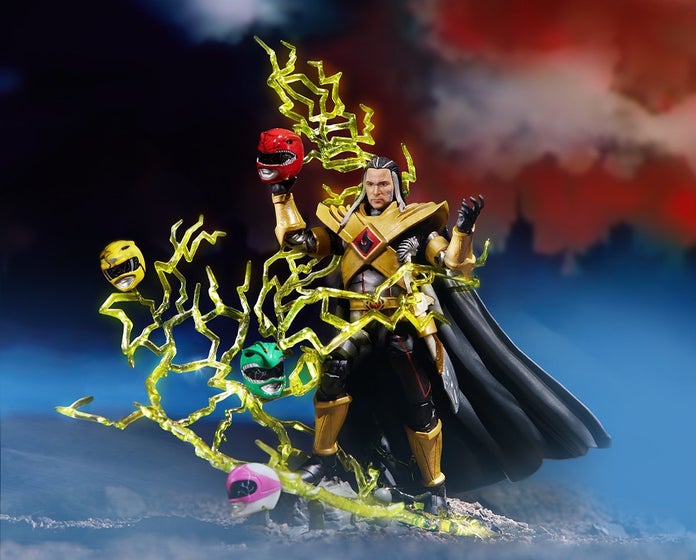 Unleash the Beasts! The cast of Power Rangers Beast Morphers will be reuniting live at PulseCon sharing behind the scenes stories from the set and talking about what life has been like being a Power Ranger! The panel, moderated by Andre Meadows (@BlackNerd), will feature never before seen footage and a live Q&A. If that’s not enough, we’ll be making a historic announcement….or should we say PREHISTORIC! Ranger Nation, if this panel could be summed up in one word, it would be MORPHINOMINAL!

Additional details and full schedule can be found on HasbroPulseCon.com. Fans can follow @HasbroPulse on Instagram or Hasbro Pulse on Facebook to stay up to date.