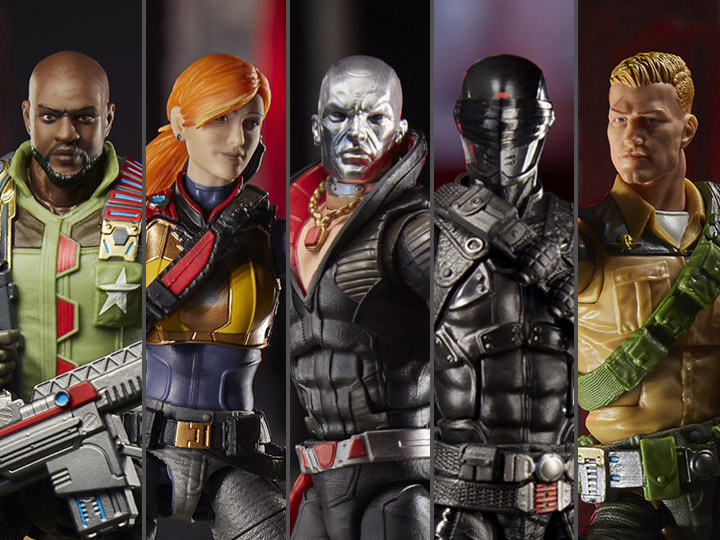 Now that Hasbro declared that yesterday — unofficially, mind you — was a “G.I. Joe Day” of some sorts due to their #FanFirstFriday official release of the first Wave of G.I. Joe: Classified 6″ action figures and their 24-hour stream of classic A Real American Hero episodes on their YouTube channel (which I’m still watching, a day later!), we over here at GHG decided to take it a step further. 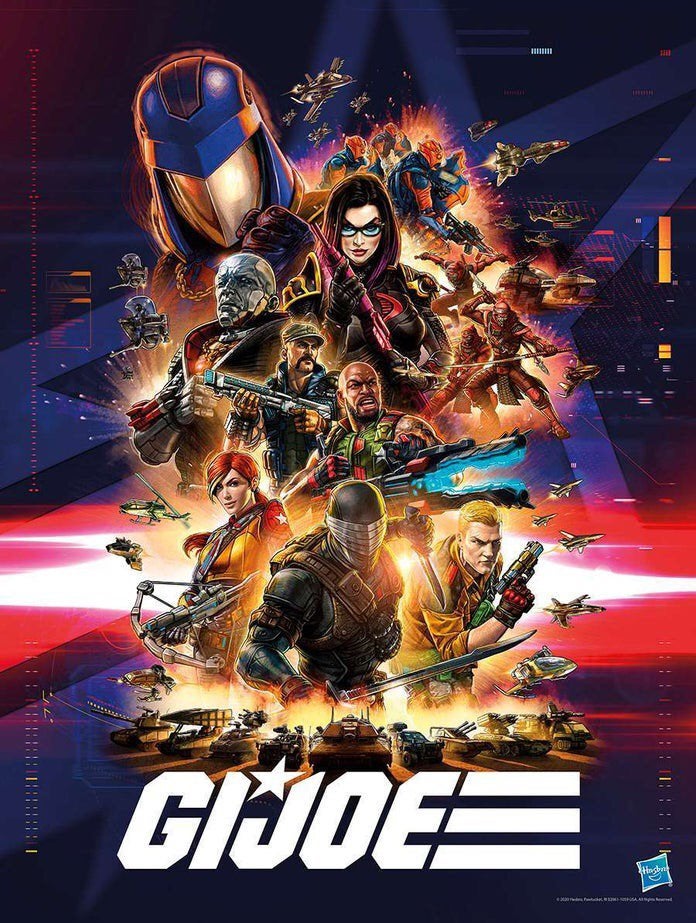 Missing out on the original Hasbro Pulse premium edition pre-order of Classified Snake Eyes cost me $100 (having to pay that extra just to snatch him on Ebay–totally worth it though), yet I made sure to also grab the retail/regular version regardless… 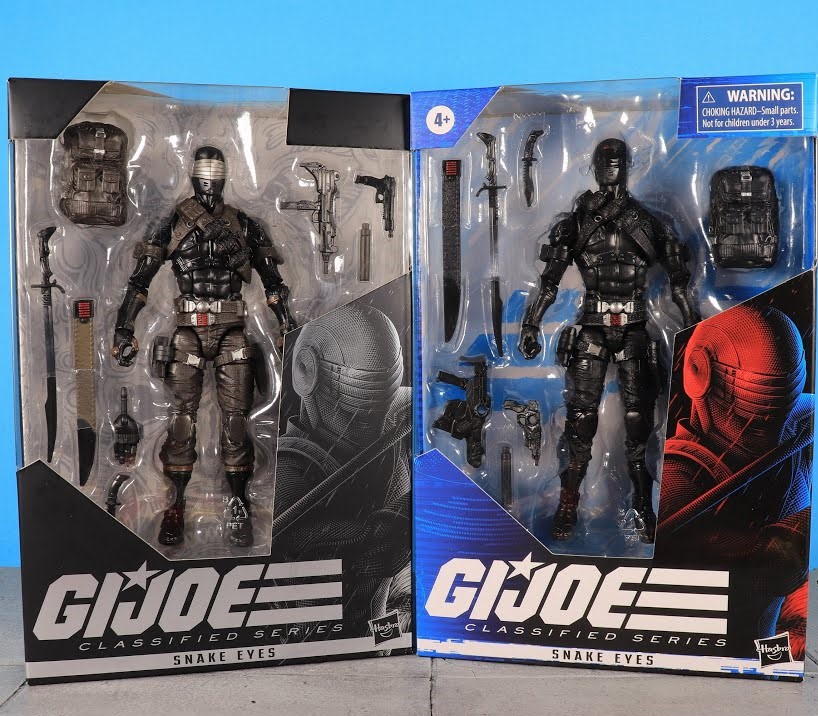 Why? Well, I can rip the silent one right out of the box and pose him with the premium stand without having to touch the more expensive one. Snake is way too cool a figure to just leave in the box. I also made sure to pre-order Destro, because who doesn’t love that chrome dome wise-cracking second-in-commander?

I like Duke next best (I’ll eventually pick him up), and Scarlett and Roadblock are solid but might wind up peg-warmers with a clearance price, so waiting seems risk-free. As for Wave 2 and 3, who we want to see and who we will see might be two entirely different things, although it might be safe to say that W2 — based on the poster above — will see the likes of Cobra Commander, Gung Ho, Baroness, Alley Vipers and Red Cobra Ninjas. 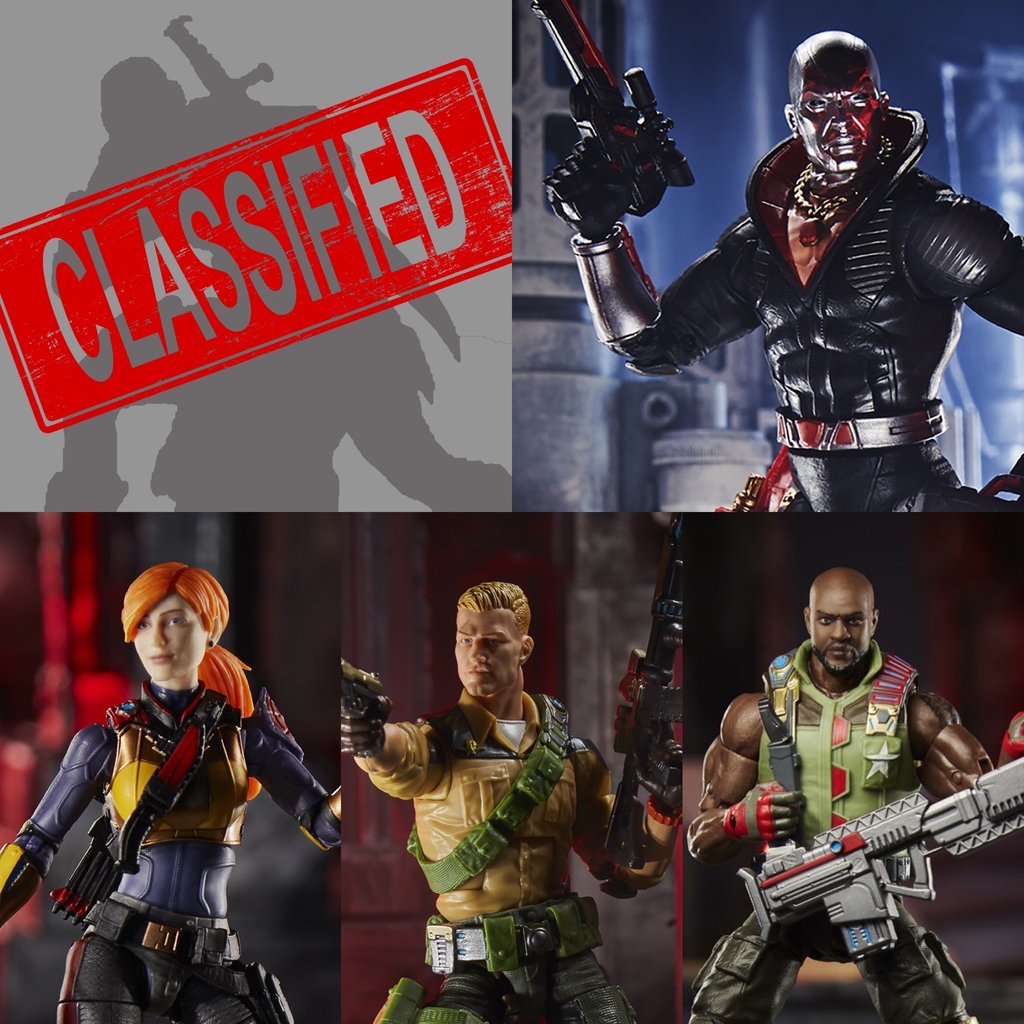 First, the heavy rumor for Hasbro’s third Joe wave is that most –if not all– of the characters will represent movie likenesses. And we have very little of that to weigh on (we don’t even have a trailer yet), but we do know that Snake Eyes: G.I. Joe Origins just recently wrapped up production in Australia. Directed by Robert Schwentke (known for Red and The Captain), the film stars Henry Golding (Crazy Rich Asians) as Snake Eyes, Andrew Koji (Fast & Furious 6) as Storm Shadow, Úrsula Corberó (Money Heist) as The Baroness, and Steven Allerick (The Expanse) as.. Father.. as in a bad-ass priest? GHG! GHG!

If Snake Eyes and the rumored Joe reboot thing that follows are any good, you can bet these first few waves will wind up a pretty penny down the line–especially Destro. Although half of the list might be an easy guess — due to the leaks from the poster above — here’s who we want/expect to see from G.I. Joe: Classified Waves 2 & 3. 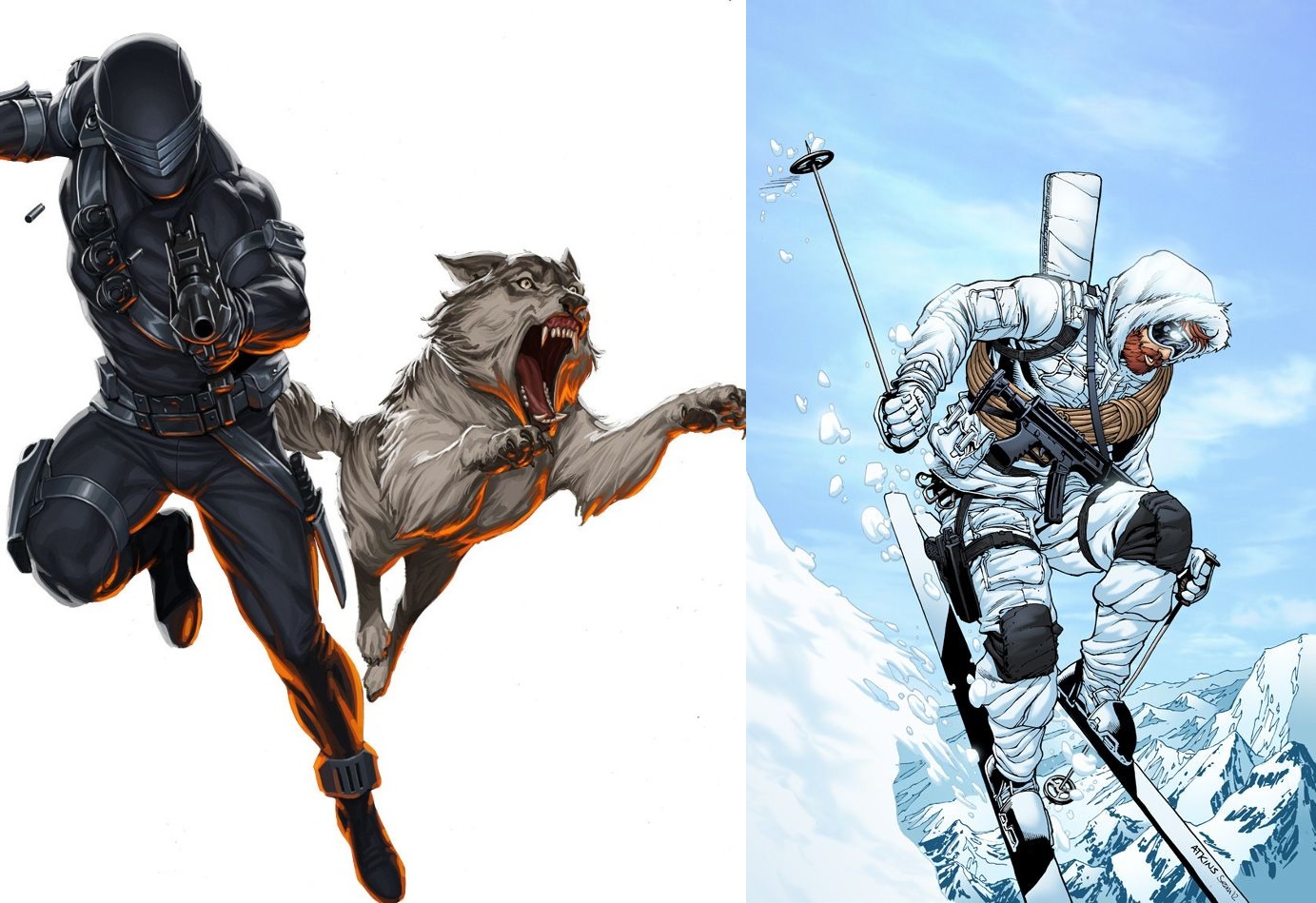 OK, I’m gonna give Hasbro the benefit of the doubt here: Timber might be a movie spoiler. Like, we know Snake Eyes’ trusty wolf is still a thing, but his appearance could tease his reveal in the Origins film. It just sucked to see not one, but two Snake Eyes released this year and neither come with Timber. My guess? He’ll be joining his owner in yet another version of Snake Eyes sometime next year in Wave 4. Judging by Hasbro’s Star Wars Black Series line, we know they love their variants. We’re all $ucker$. With that, we’ll probably see one of the two non-movie figs wind up a white, furry one anyway: Snowjob. He’s got the whole bearded, snowboarding hipster thing going on.. just in time to rumor which Hollywood hunk will do the ‘Job in the next movie. 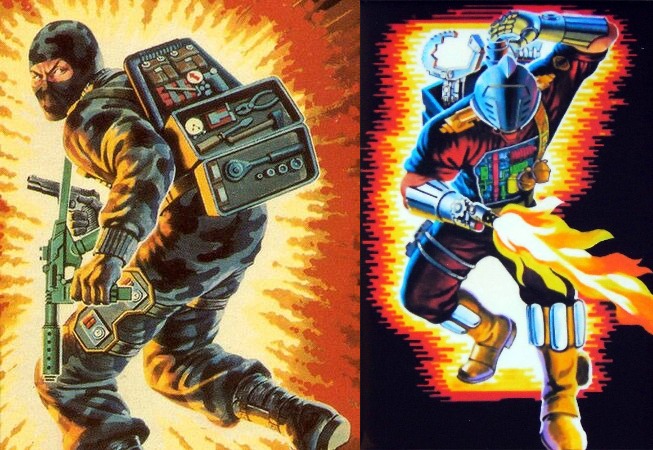 Firefly might become the “Darth Maul” to Destro’s “Darth Vader” (in terms of cool factor/priority a.k.a. want want want want WANT), so I don’t expect to see him releasing immediately. Hasbro might be frustrating at times, but they ain’t dumb. After seeing nerds spending hundreds on Clones and Stormtrooper duplicates recently thanks to the born again popularity of “Order 66” due to The Clone Wars, following up Ninja and Cobra Troopers from Wave 2 with Battle Android Troopers wouldn’t be the worst idea. Here come the B.A.T. builders! Agh!! 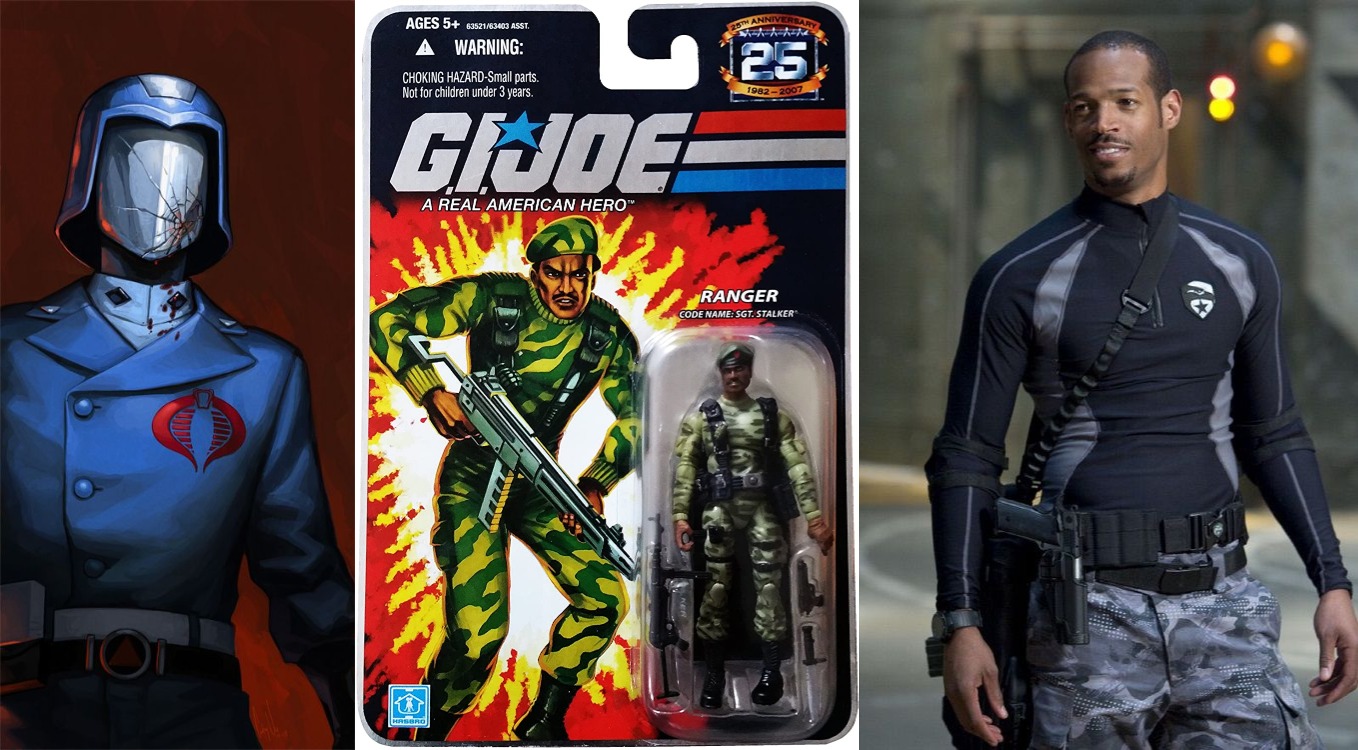 Of course, we all want our Zartan, Serpentor, and Cobra Commander in the next 2 waves (now, now, nowwwww!), but this franchise is called G.I. Joe after all. Expect some more goody-goodies. Since my #2 & #3 are the big bads of the Snake Eyes flick without Nicolas Cage — and, again, Wave 2 is supposed to reflect at least 2/5’s of the line, if not all — choosing the obvious might not be so obvious. Crazy to think that Cobra Commander (of all characters!) wouldn’t make the first 2 Waves of a G.I. Joe line, but he’s on the Classified poster so it’s likely. Both Stalker/Ranger and Ripcord/Rip-Cord/Rip Cord are great guesses for the third wave, especially if Michael B. Jordan plays the former and someone other than Marlon Wayans plays the latter! 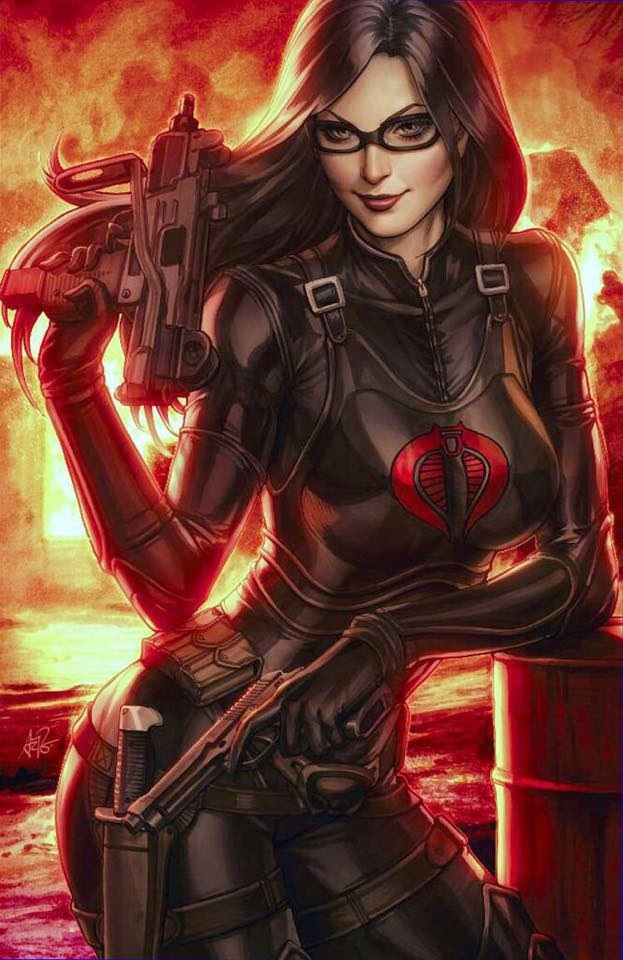 Now here’s where we go 2/2 on Wave 2 & 3, only because the movie gives it away– assuming these are the two to represent Snake Eyes: G.I. Joe Origins in the next wave. So, while Lady Jaye might see some Wave 3 shine (especially if someone like Gal Gadot plays her!), the Baroness is clearly the next snake-lady on the agenda. Plus, each wave can alternate good girl/bad girl to ensure we get an awesome lady to join the line each time (i.e. Zarana can follow Jaye, etc.). Baroness was always my favorite female Joe character and acquiring her figure — especially now that we have a Destro — is a must. 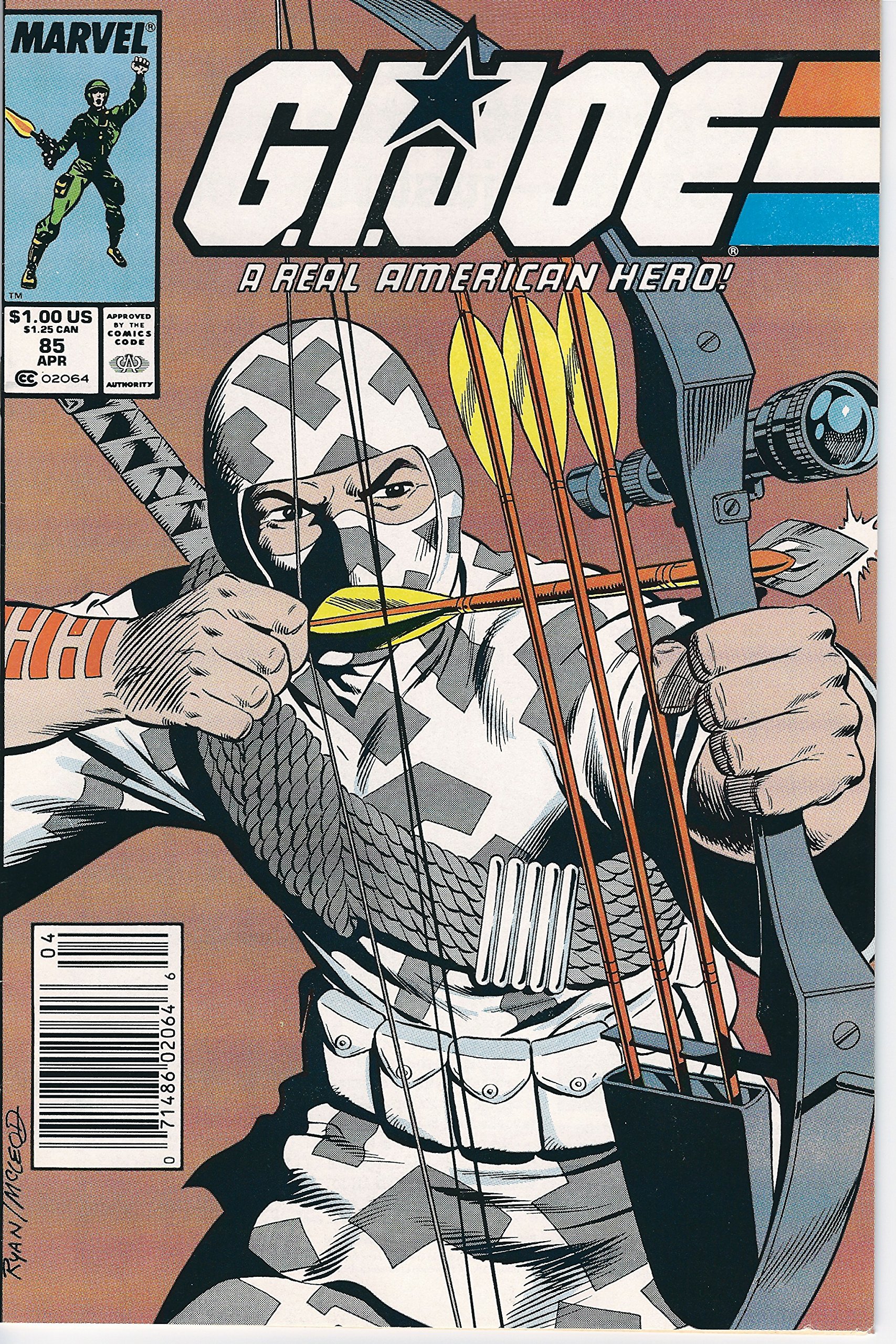 While not on the toy poster, no way Hasbro doesn’t capitalize on all its huge Snake Eyes hype with the same level of awareness for Storm Shadow. Even if he wasn’t in the movie, I would have expected this fan favorite Cobra bodyguard to head the next wave anyway. How do you follow a Scorpion? With Sub-Zero, of course. Firefly, Beachhead, and Shockwave can then soon follow in the cool Sith/Mandalorian “want” factor. If not Wave 2 (cuz.. poster), Wave 3 is auto.

Which characters do you want and/or expect to see in the next 2 waves of G.I. Joe: Classified? Leave comments below. And one more thing.. “Go Cobra!”