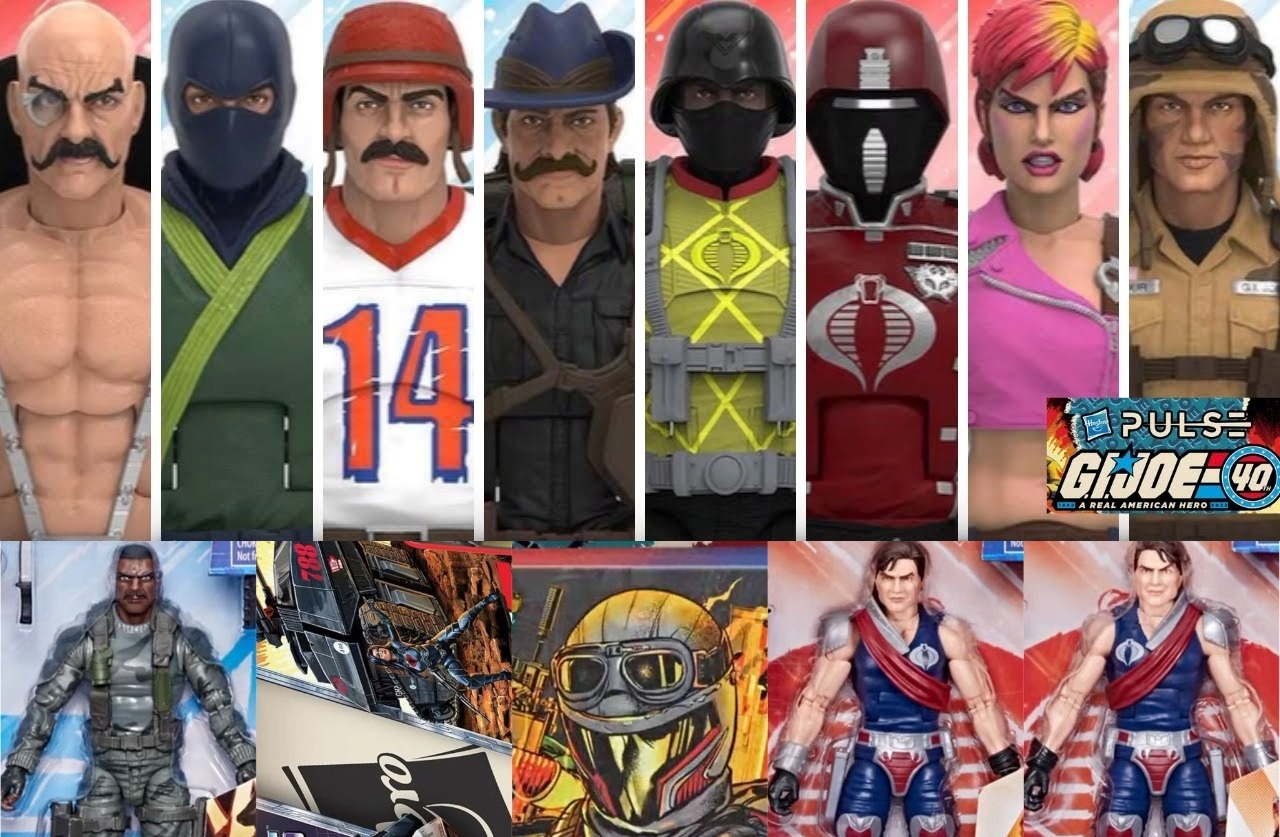 Holy moly. What a show. No, change that– what a week!

On the long-awaited third episode of Welcome To The Terror Drome (hitting YouTube tomorrow at 10am EST/7am PT; bookmark that!), yours truly and the trusty toy gods get into all the Classified Joe goods — as well as plenty of 1/18 insight! — from a custom point of view. That said, I had the urge to rank and review every 6″ Joe and Cobra figure shown off on Thursday. Hope you enjoy the list. 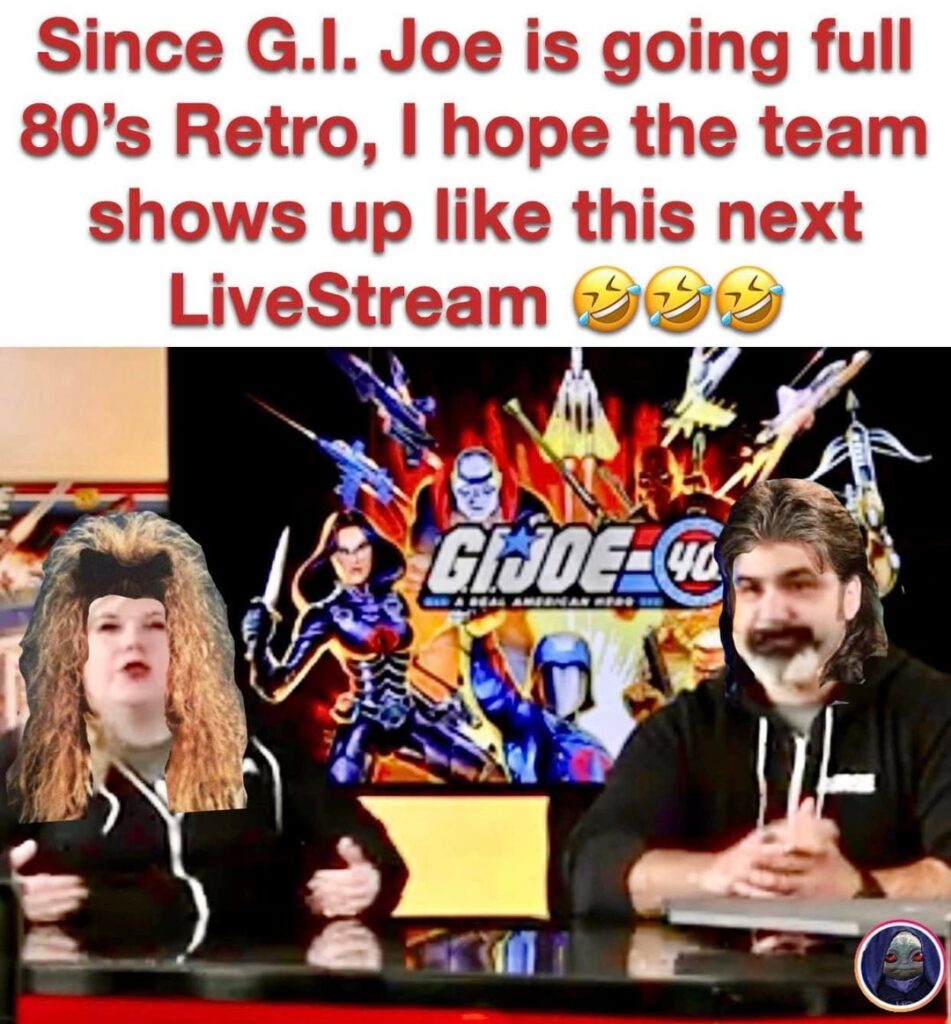 12. Tiger Force Bazooka – Speaking of 80s, where’s my Steve Grogan retro Pats jersey? Is that.. Ken Anderson? Bengals? Eh. Also, what’s up with keeping Mr. Katzenbogen in the terrible color contrast here? I know it’s 1-to-1 ARAH and all, but my eyes! At least the face sculpt is wondrous. Tom Selleck would be thrilled if he were colorblind. 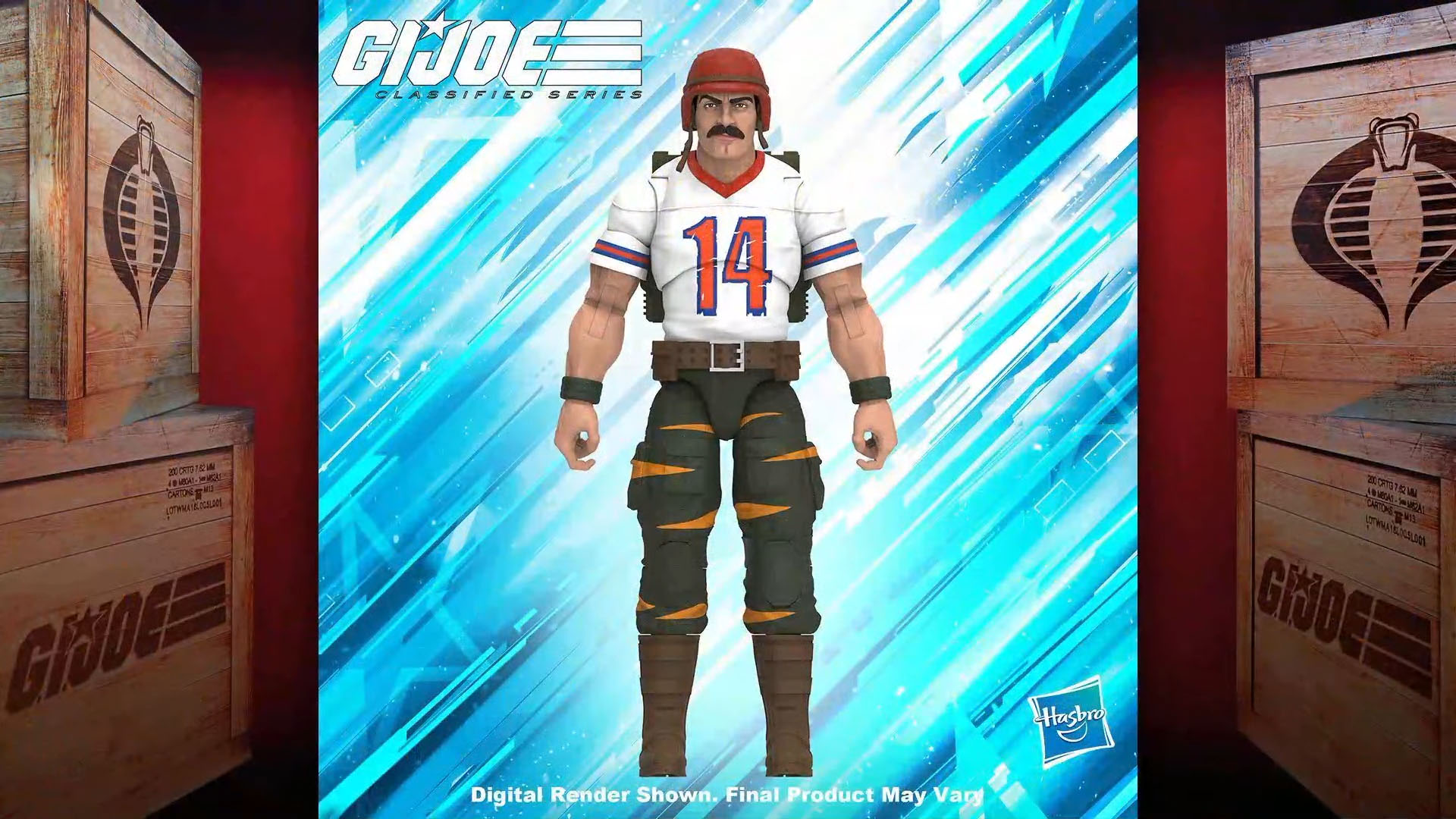 Now let’s talk that torso. I know the Honcho from WOJM would love to, as it’s a new bendy-crease for Classified that crescents right through that garish #14. While I far prefer a Mutt-stache & Junkyard combo instead of this Target Force exclusive, it still goes to show the quality of the stream reveals when this bad boy is twelve of twelve. – 3.5/5

11. Python Patrol Officer – Now this was a surprise. Exactly how pleasant of a surprise, really depends on how much you can stand the color chartreuse. I definitely prefer this Officer over the previous Target Patrol Vipers and B.A.T.s. The PPO also seems to have a darker skin tone than previous Cobra Infantry or Troopers– dope if this is not just a digital render blip. – 3.5/5 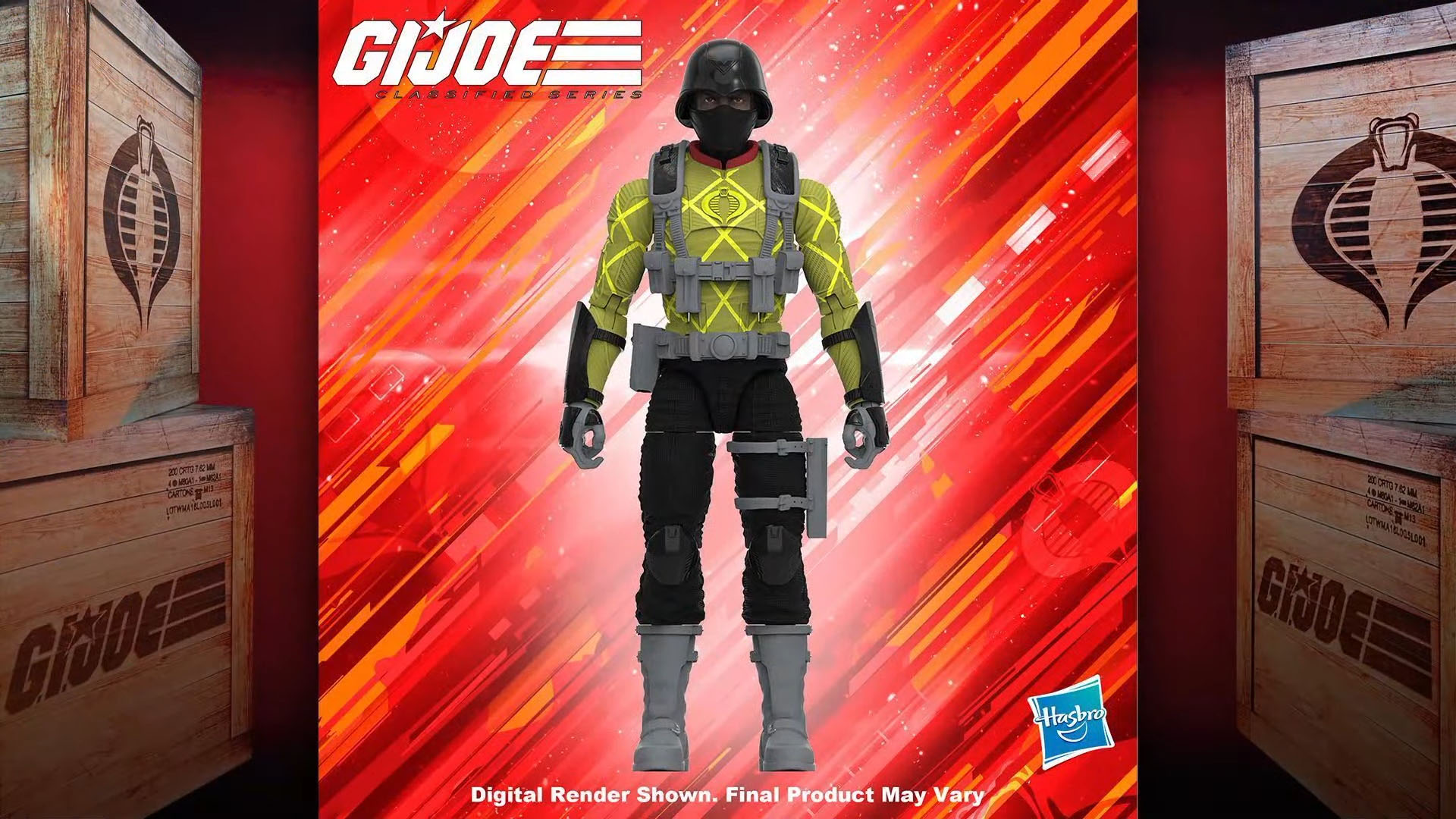 10. Cobra Officer/Cobra Viper 3-Pack – Yay, a Classified troop builder pack! But, uh, why so low on the list? The price. $90 for 3 figures that, a year or so ago, would’ve just been $19.99 each. So you’re looking at an extra $30 for a nice box and a bunch of whimsical blast effects. The deluxe package also comes with 5 rifles and 3 pistols, somehow less artillery than if the three Vipers were packed individually; but, hey, at least they don’t all look “nerfed” out. 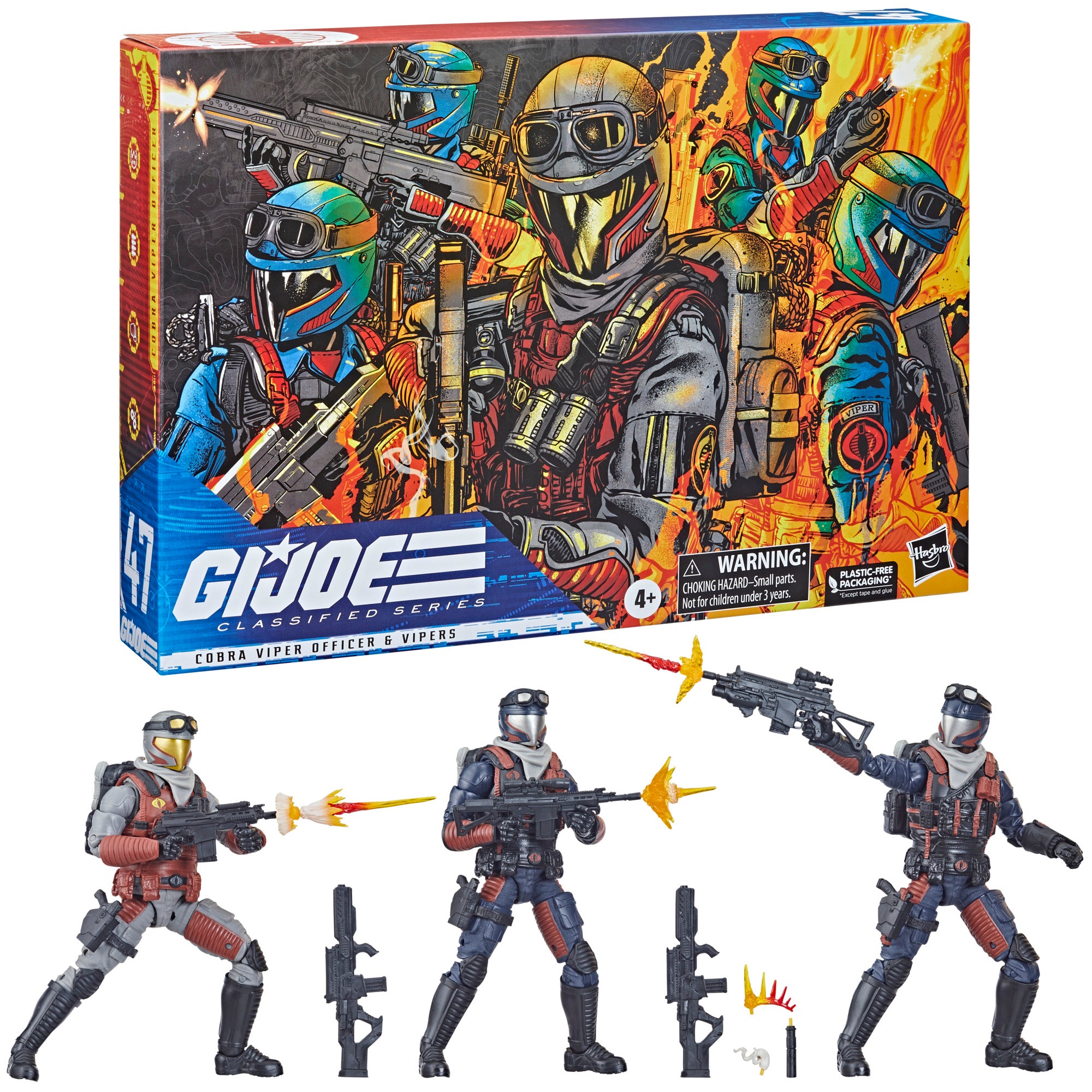 The blast effects will work with your other Joe arms, and should work with your Black Widows, Punishers and Winter Soldiers (and Action Force/Gridiron Props). Now, that’s cool. Best news of all? The arm guards are removable and you can go with the classic rolled sleeves look, also displaying diverse skin colors between the two troopers. Finally, the Viper Officer deco looks wonderfully crimson/gray, accented with gold cobra insignia, gold helmet visor and gold goggle lenses. He’s stunning. Points down for the pricing. – 3.75/5

9. Tiger Force Recondo – We get it. Hasbro has to please these big box retailer relationships to provide the funds for new molds. And, while many fans would much rather have the standard O.G. versions of these characters over the Tiger Force/Python Patrol renditions, at least that means we’ll be getting the classic versions in the future. And you don’t exactly need these. 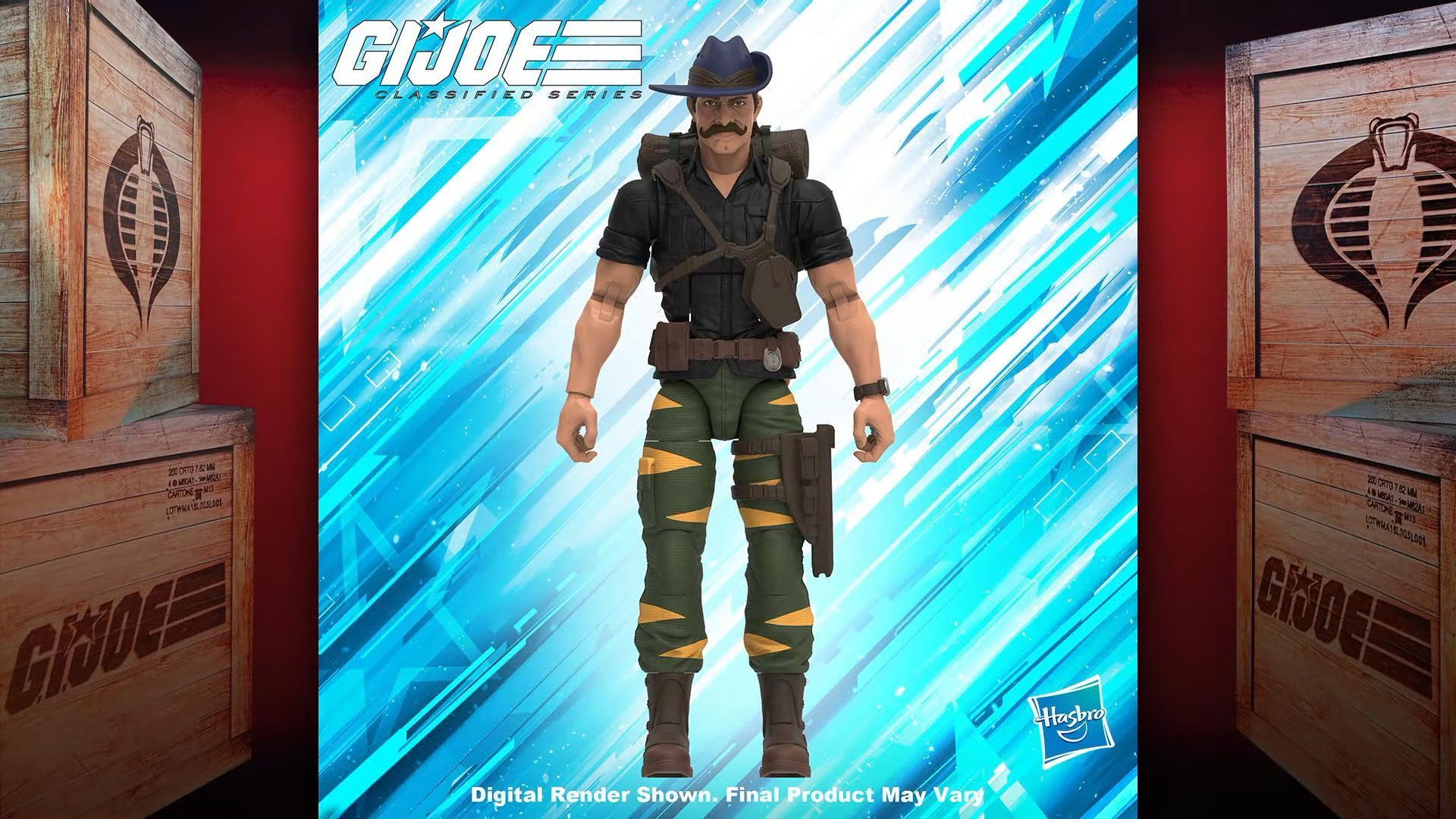 Recondo’s sculpt, Aussie-styled cover and Jungle stache are top-notch. While I wish there were yellow accents around the brim buckle or dress sleeves, at least Daniel’s overall coloring isn’t as distracting as that of his pal, Bazooka’s. The dirty brown buckles (with compass?), holster, harness and backpack look great with the black top. Can’t wait to see the accessories these TF Joes come with, and the somewhat strong possibility of seeing a Tigerfly down the line! – 3.75-4/5

8. Crimson Guard – A tease for #W3TD, episode 3: I wasn’t initially blown away by the reveal of these Siegies, but that’s only because some guy from the group pages updated a few of Thursday’s reveals more to my liking. I’m thrilled the G.I. Joe team is answering the call of retro cries, giving us perfect 6-inch versions of our favorite childhood toys. Yet, I can’t feel how awesome everything would’ve been just a touch updated. That said, G.I. Joe Classified is the best bang you can get for your, gulp, $24.99. 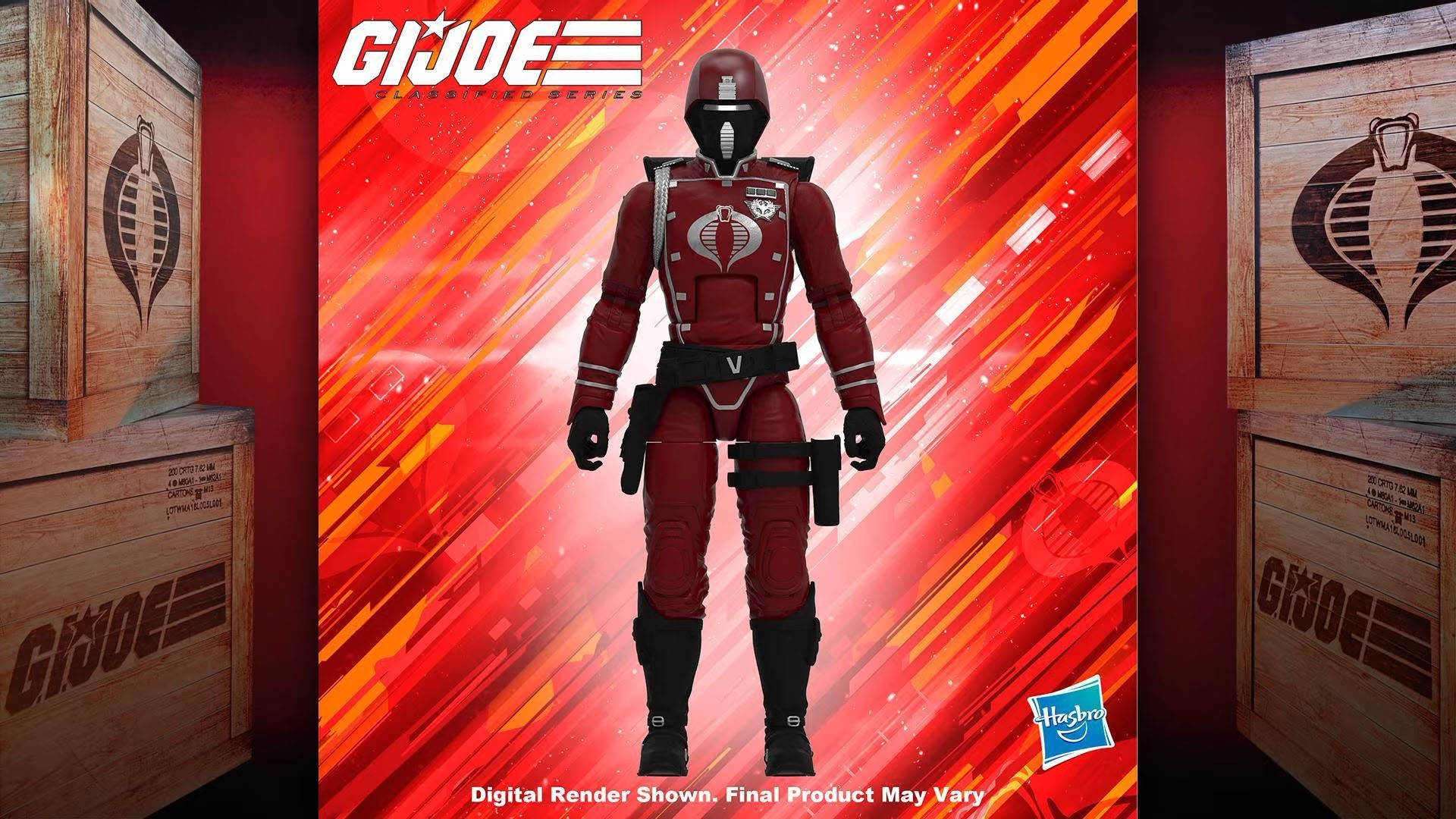 Keeping the Crimson Guards simple is a smart move, and, looking back, these are going to be the most fun you’ll have kitbashing your Joes all year. Can’t wait for those custom Fred heads, or maybe, just maybe, included if Hasbro is nice enough to properly fulfill our $25 bones! – 4/5

7. Dusty – Hasbro keeping it basic. Keeping it clean. And Dusty looks dope. He’s got a little sun-tan, some weathered lips from sandstorm extremity. Chocolate-chip camo BDU’s with accurate nameplates. He’s a little simplified, but the face-paint on this tracker’s sculpt is brutally on-point. Removable helmet and goggles and, according to Lenny, the havelock is soft goods. I think. 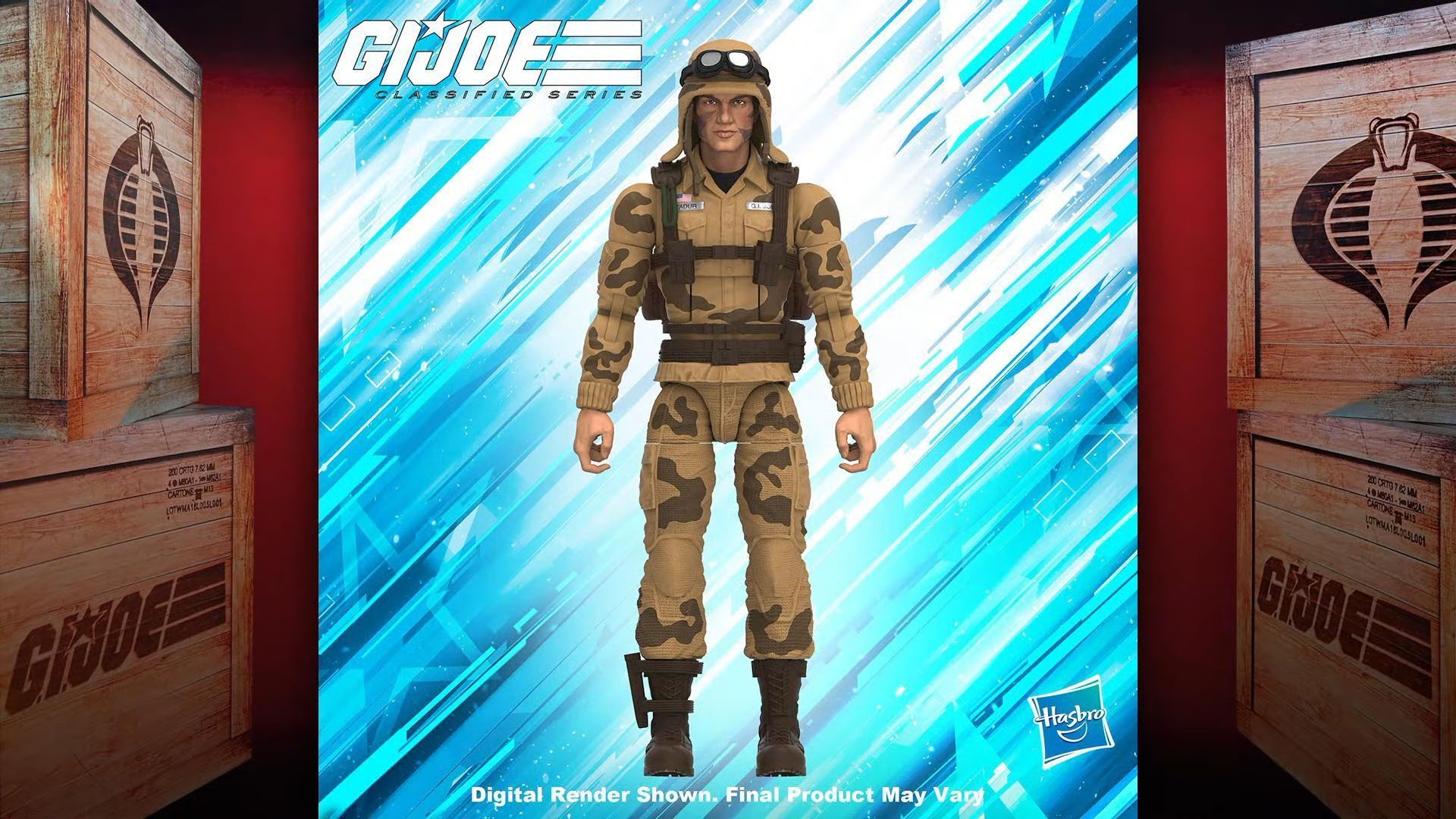 6. Kamakura – Hasbro keeps their promise from months ago, that the G.I. Joe Classified line will feature post-94 Cobras and Joes. Hurray for that! Arguably the biggest surprise of the show, Snake Eyes’ apprentice Sean Collins is the first non-O.G. ARAH character to join the Classified ranks. And who doesn’t want more ninjas that aren’t his master or his master’s biggest foe? (Or who are Red?) 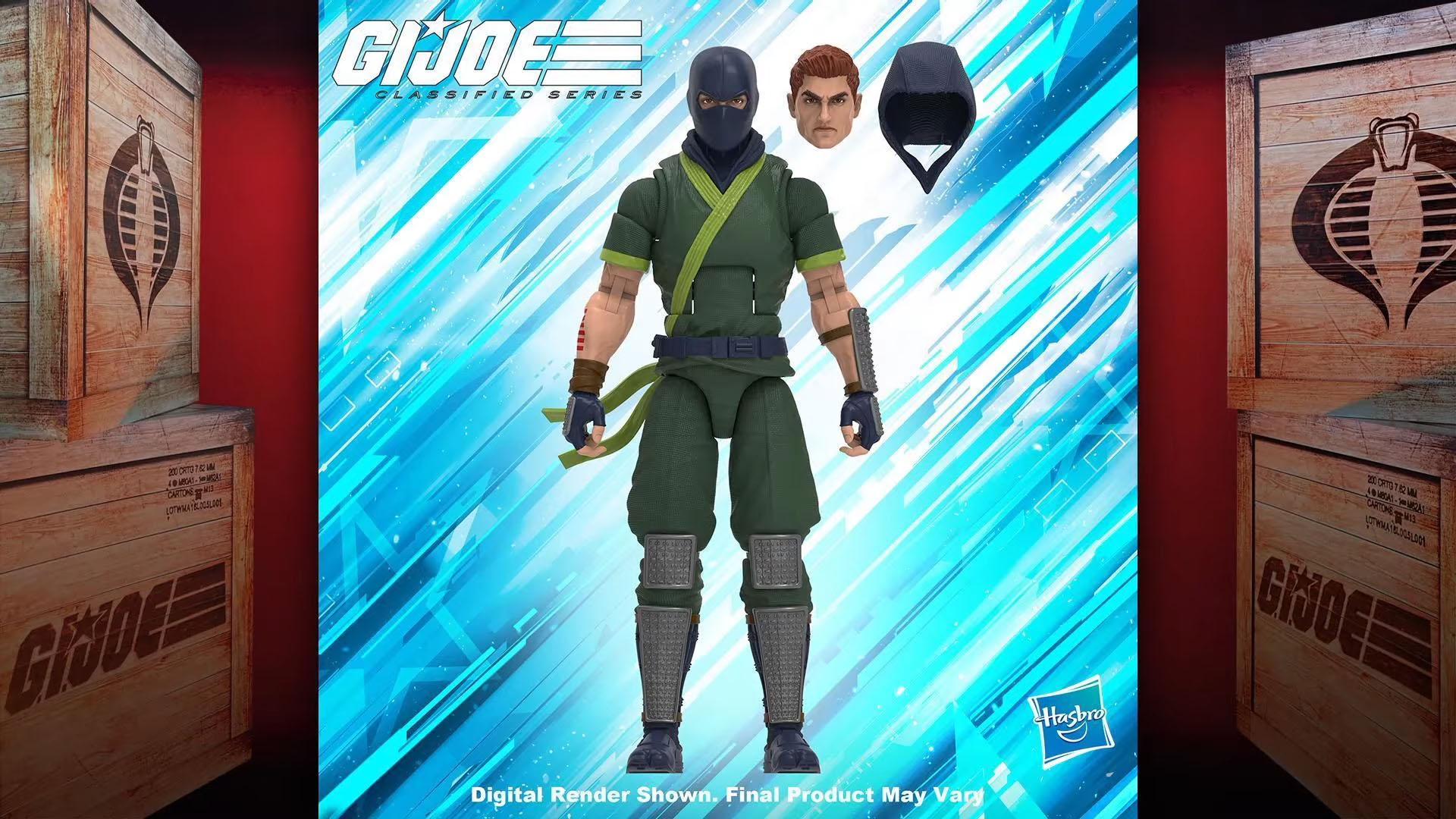 While Kamakura looks fairly basic, you’ve got to love a ninja in a military green. Upon further inspection, “Throwdown’s” forearm and dorsal plated guards are fantastic. The balaclava eye slits are perfectly accurate. Of course, the Arashikage tattoo isn’t missing and the complimentary headsculpt with additional hood looks fresh. Now bring on Helix, Bombstrike, Barrel Roll and Shadow Tracker! – 4.25/5

5 & 4. Tomax and Xamot – The only thing that keeps the Crimson Twins from being higher on the list is the fact we have to purchase them separately. Silly. 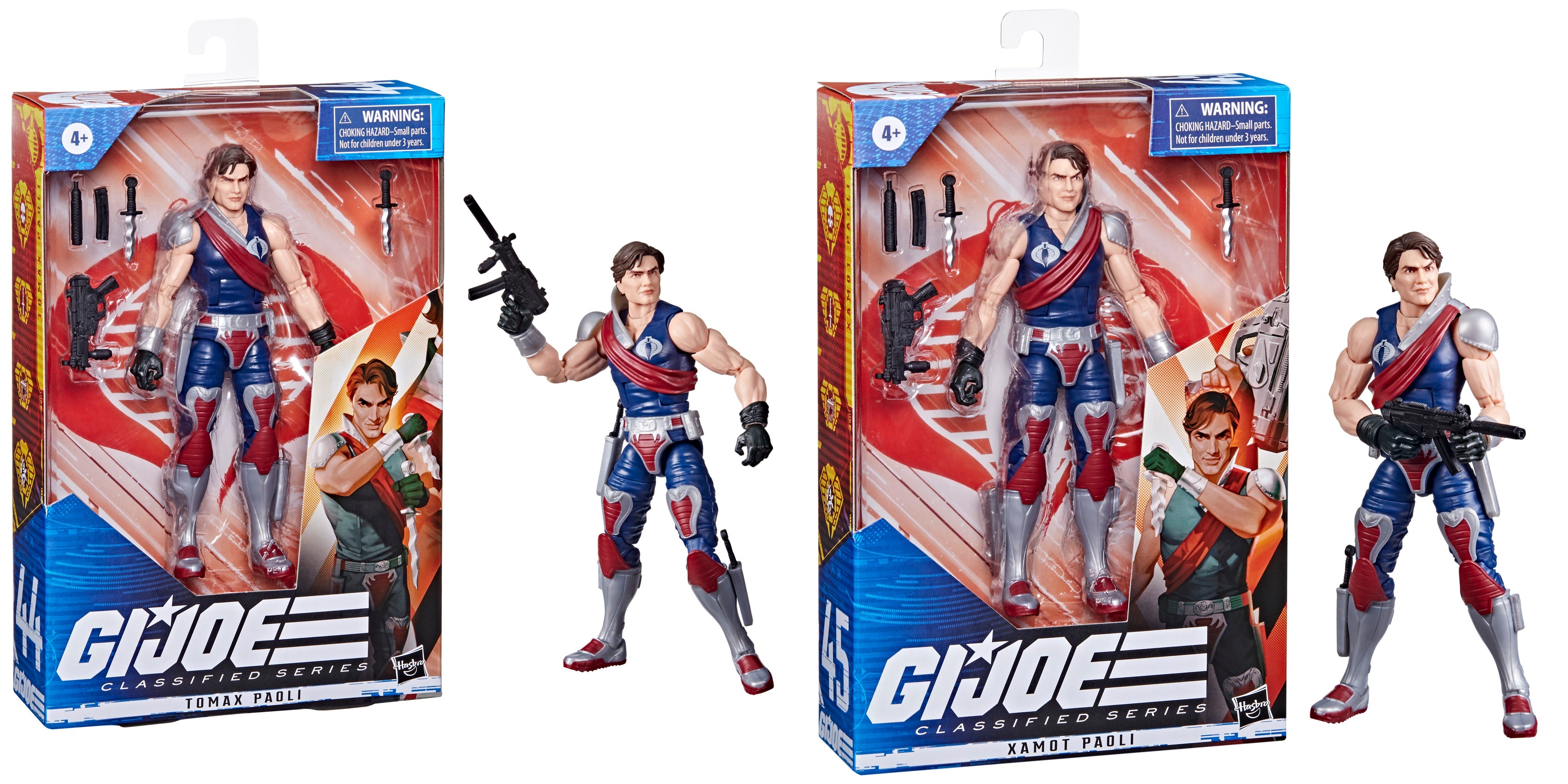 Otherwise, the Extensive Enterprises co-CEOs are glorious. The mirrored artwork on the packaging is a treat. Tomax has the scar (whether it’s on the correct side of his face, or whether you prefer the cartoon or o-ring/comic versions is really up to you), Xamot has the bigger grin. And they both slightly resemble America’s Favorite Scientologist, which is pretty damn perfect, if you think about it. The Crimson Guard Commanders are a must-must-must-buy. – 4.75/5

3. Zarana – This is a beautiful one. Because we didn’t talk a whole lot about Zartan’s sis on the Terror Drome show (my bad!), here goes it: the Dreadnok punk princess looks Sunbow fabulous. What a menacing sculpt. Beautiful highlighted neon hair. Her old crop-top turned modern jacket. The spiked shoulder guards are fantastic. Matching browns on the belt, holster and knee pads are appreciated. In the end, she’s a winner, with even no freezer cool air color-changing in sight. 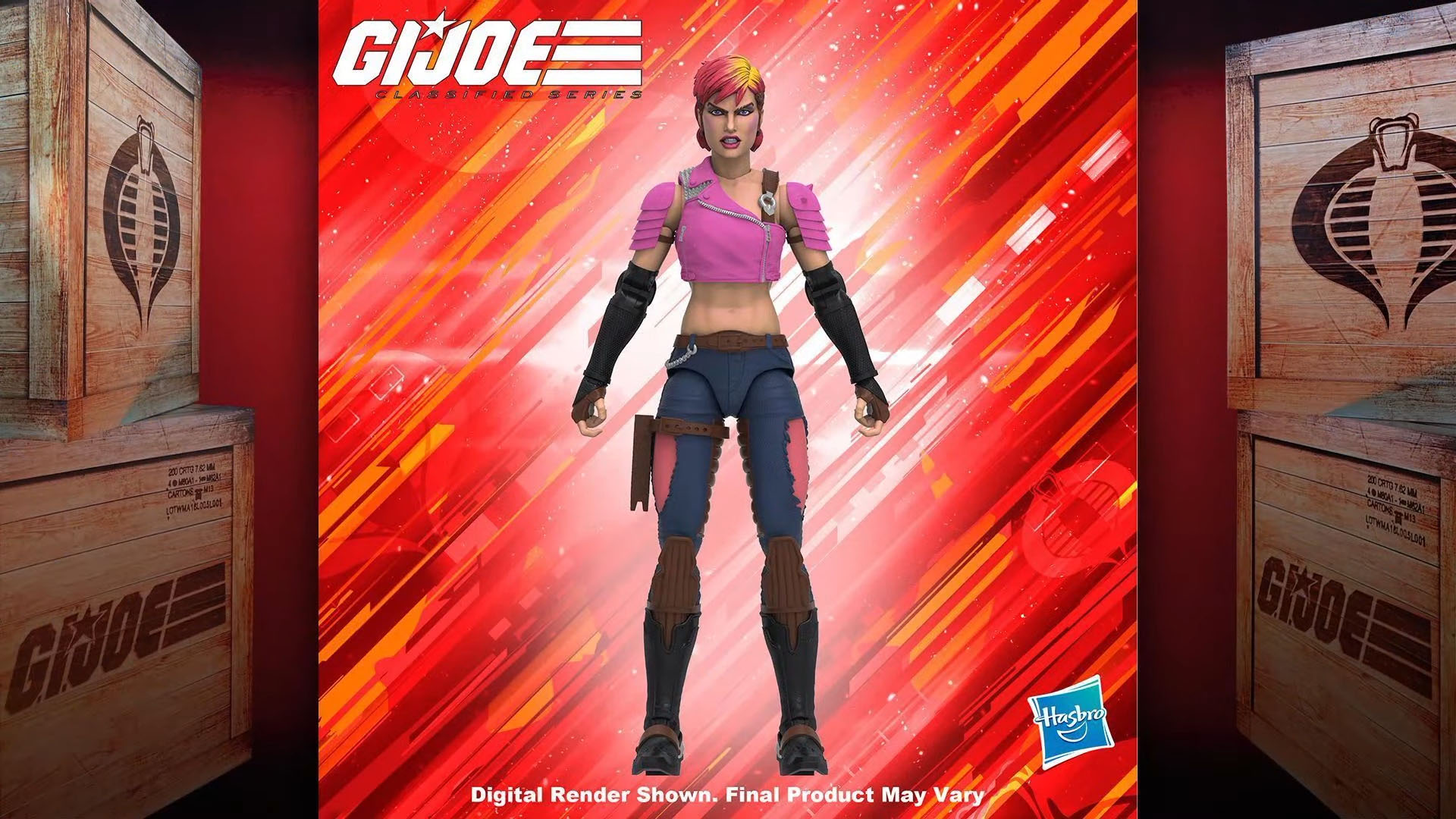 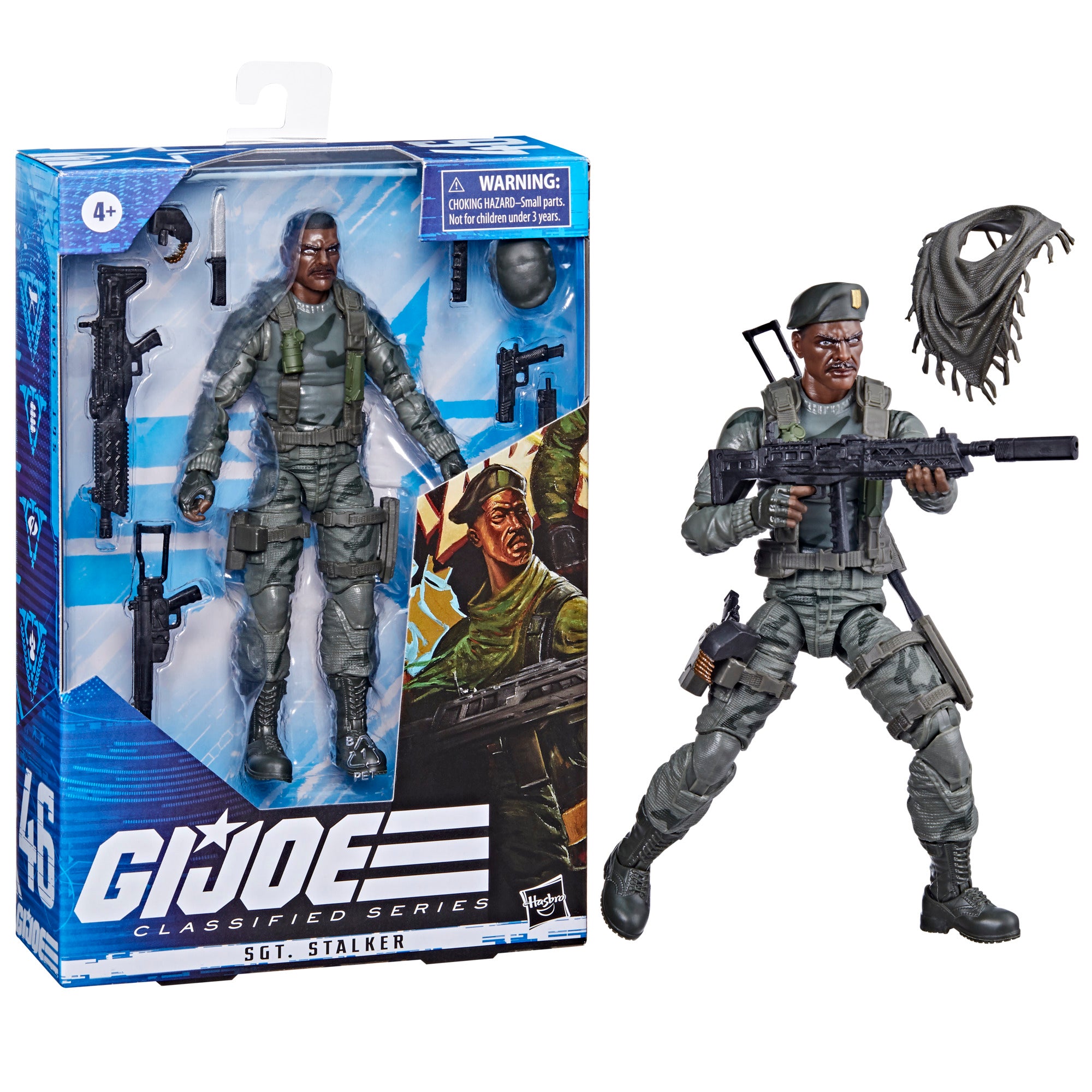 Stalker’s added backpack fits the long-range rifle, and dude comes with a ton of realistic weapons: submachine gun, classic/extended, sidearm w/ mags, multiple long blades w/ sheath. The Sergeant Major’s shemagh (which I poorly pronounced it a “chalet”) is not soft goods, so that’s a bummer; but it still looks highly detailed. To top it all off, the box art is chef’s kiss. – 5/5

1. Dr. Mindbender – Tops on my list also happens to be the most controversial. But when you look like Dr. Effing Mindbender, a jacked up mad scientist with a purple (soft goods) cape, and mega cobra jaw-shaped.. codpiece bracers, then you’re going to have your share of detractors. While a slight “Classified” update could’ve been a nice surprise, overall the Doc looks like royalty. The monocle even displays a larger eye through the lens. 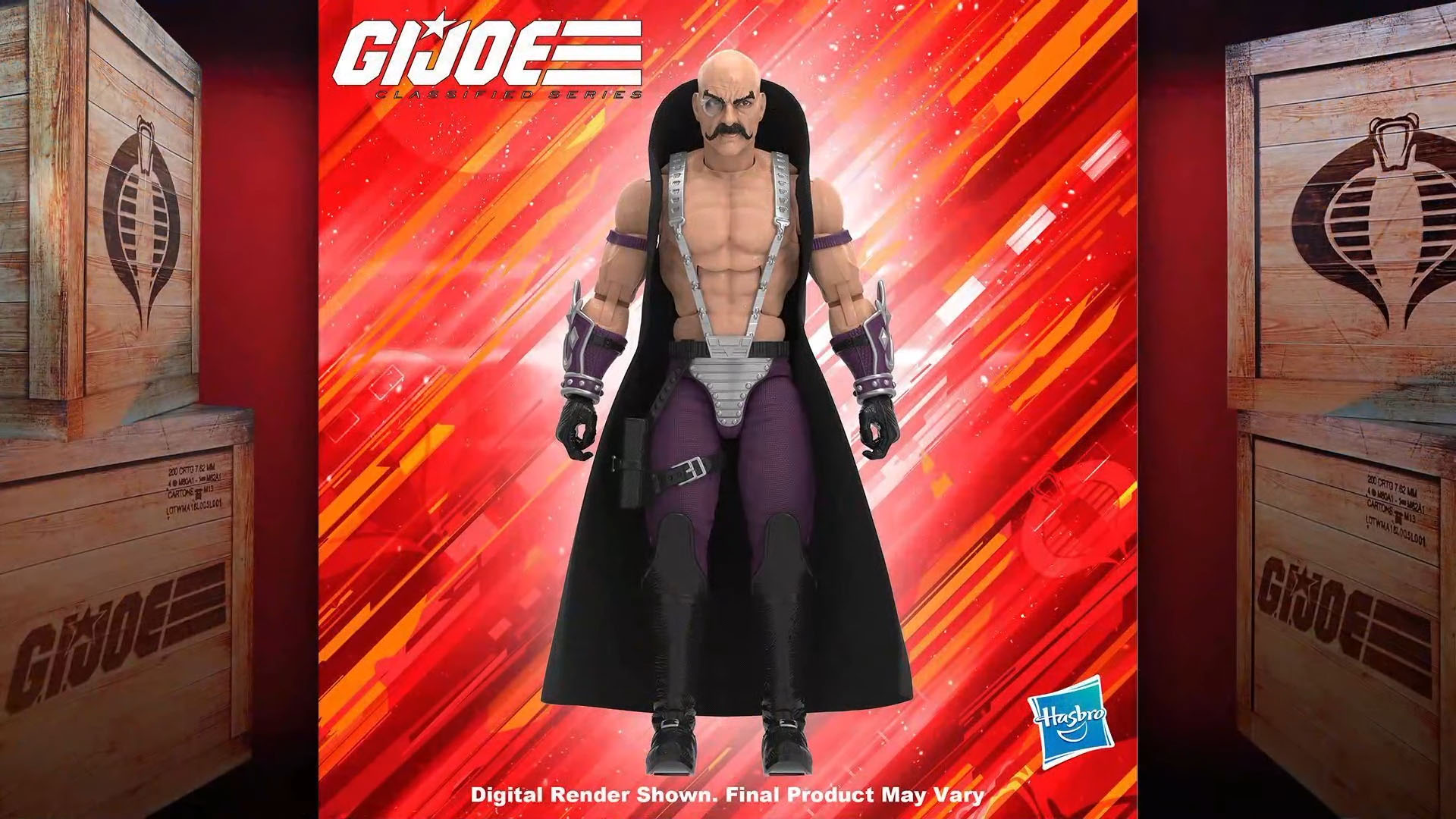 This is the Dr. Mindbender most of us Joe fans have been, ahem, egging for, and not the arguably more boring labsuit thing. This one looks to have Zartan arms, new bands above the triceps, and highly detailed forearm bracers. Will he have the silver Cobra insignia on the assumed open air back? Likely. With all the B.A.T. armies many of us have lined up in our displays, Mindbender is sure to be the perfect addition. – 5/5