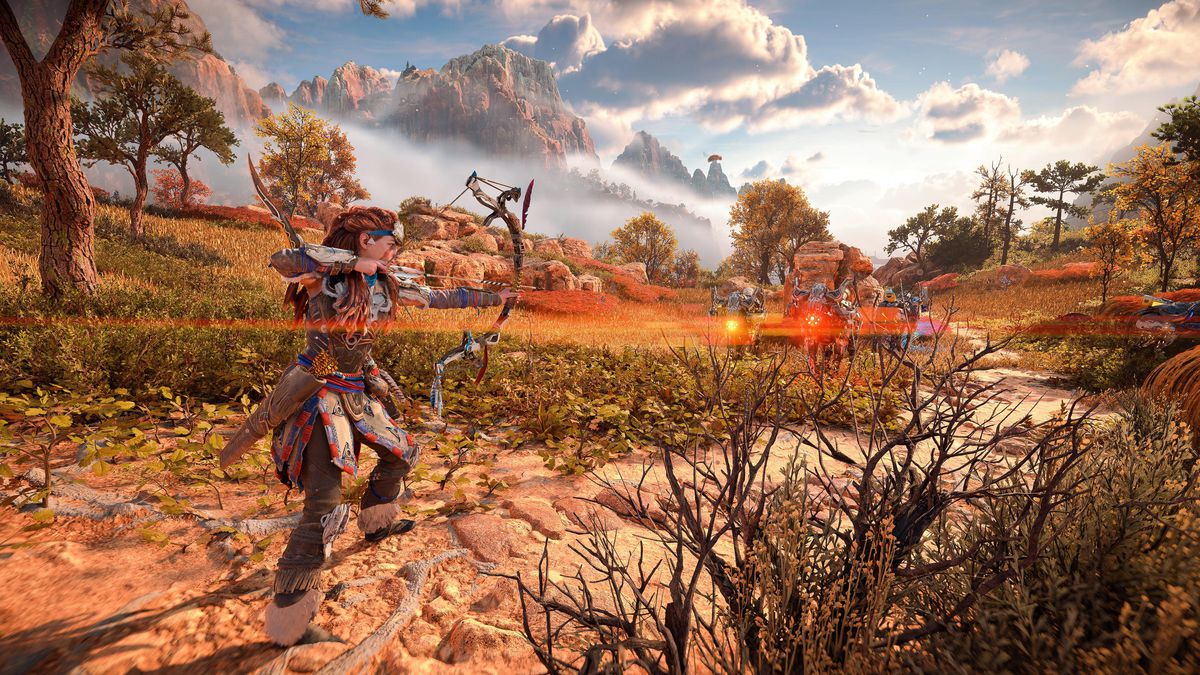 When Horizon Zero Dawn didn’t win GOTY in 2017, I teared up. When I revisited Zero Dawn in preparation for the sequel, I discovered the game wasn’t as strong as I remembered. I figured that perception stemmed from the game’s age showing; but, after playing Horizon Forbidden West, I realized that maybe this open world formula doesn’t intrigue me nearly as much as it did in 2017. Horizon Forbidden West feels like another open world full of bloat, with markers and mundane activities everywhere. It suffers from the Ubisoft open world syndrome…

Maybe you like that! I even enjoyed that formula many years ago, but after playing so many games of this type, I burnt out. I almost feel bad that every time Horizon comes out, it’s overshadowed by another open world game that refreshes the genre (e.g. The Legend of Zelda: Breath of the Wild in 2017 and Elden Ring in 2022). No doubt, they’re all completely different games, but when you have to make a choice between which open world game is going to take your time, it’s harder to choose the one that feels very similar to every other open world game. While Horizon Forbidden West was contributing to my open world fatigue, Elden Ring invigorated it.

Regardless, there’s no denying that Forbidden West is gorgeous. There were many moments where I had to stop and take in the scenery. I often gawked at the sun rising above as I was climbing a tall mountain. I enjoyed paragliding down into a deep dessert or making imprints in snowy terrain. I remember traveling on my machine mount and seeing how the trees transitioned from being dry in the arid climate and when I got closer to a forest, the trees turned luxurious. Even the underwater areas were full of color and wildlife. Horizon is, no doubt, an evolution in graphical fidelity for open world games.

The graphical fidelity and details weren’t limited to the environments, but also in the character designs and animation. There is so much expression, body language, and emotion displayed during cutscenes, dialogue sequences, and gameplay. It’s on the level of The Last of Us, Part 2. Even the NPC’s who weren’t core supporting characters had this high level of detail. This is a welcomed improvement from Horizon Zero Dawn.

It was as if Guerilla Games took influence from Mass Effect by implementing a hub area where you chat with companions in between missions. Like Mass Effect, there is more dialogue than there is combat, but the dialogue in Horizon wasn’t nearly as integrative to the character and world building. In Mass Effect, I looked forward to hearing what my companions had to say in between missions but in Horizon, every time I saw an exclamation point for new dialogue, I scoffed. The ironic thing is, I really like the character companions in Horizon — far more interesting than they were in Zero Dawn. New characters introduced feel purposeful and existing characters had better development. I just hope that any sequels to Horizon sincerely consolidate their dialogue options or just find a way to make the optional dialogue more interesting.

Despite feeling dragged down by the dense dialogue, I still constantly felt intrigued by the mysteries of this world. The idea of a post-post-apocalyptic world is riveting. The advanced technological world is gone, and humanity was saved with the sacrifice of knowledge, thus putting them back to tribal ways of life. This is fascinating setting that is always treated with care.

Remnants of the “old world” were ever present in the Forbidden West. Abandoned cars are weathered and overcome with vines, museums were turned into settlements, and even underground casinos were deep under water. My favorite moment in Horizon was submerging deep into water surrounded by neon lights and broken machines from an “old world” Casino, before I was whooshed away by a giant sea turtle machine. Horizon Forbidden West takes this game even further, adding more to the world than discovered in Zero Dawn and fleshing out the Project Zero Dawn AI’s systems a lot better. This sequel even goes as far to introduce new surprising layers to the world that help create sophistication and mystery. Many questions are answered but the new layers introduced created an ever present state of intrigue.

So intrigued by these new layers and the bigger picture, I had a difficult time being engaged when we were learning about the different tribes. There’s so many interesting cultural and political situations explored with the tribes, but the heavy dialogue and bloated open world made it really difficult to feel connected.

When I arrived at the first region Chainscrape, a thin corner of a very large map, I felt compelled to complete every marker. Not only because it was a small area but everything I did felt impactful to that people who dwelled there. Once the world opened up, that sense of connectivity with other areas got lost. I so badly wanted what I felt in Chainscrape to carry through the entire game, but it didn’t.

Considering Aloy is created to save humanity, she presented with the typical hero complex, where she doesn’t want help from anyone. Don’t get me wrong; I love salty Aloy, especially in comparison to Zero Dawn‘s Aloy who felt emotionally inconsistent depending on the dialogue choices. I did feel the hero complex at times was a bit overbearing yet still made sense to her character, what she’s been through and her overall purpose. Thankfully, she and other characters have some great character development as the story unfolds.

The combat is my absolute favorite part of Horizon. The dodge rolling, running, sliding, tagging, and arrow-based combat feel smooth. I never got tired of scanning machines, exploiting their elemental weakness and knocking off components. The joy mostly comes from the enemy variety. There’s so many different, super cool machines introduced in Forbidden West. Of course, you also have a variety of human enemies and against them is where the improvements in melee combat shine. The combat had its hooks in me as soon as I was faced with a giant snake machine called Slitherfang and the machines to follow didn’t disappoint. The idea of dinosaur and animal machines in genius. It makes combat and exploration really exhilarating. Seeing a giant bat machine hanging in the distance or being chased by a crocodile machine when swimming under water never got old. It’s this exact reason that I think the upcoming Horizon Call of the Mountain VR game will be successful.

As enamored as I am with combat, it does feel as though this game held back by its RPG systems. Having to switch out my weapons from a menu just to equip the ones that exploited an enemies weakness was tedious. It wasn’t until later in the game where you unlock weapons that have multiple elements attached, but by that time I was close to done with the game. There’s just too many weapons and gear to swap in between. It would be so much better if I could just beef up one or two outfits and weapons with all the machine parts I gather, instead of managing so many. At the very least implementing a load out system would help.

Even then, Forbidden West adds so many quality-of-life improvements from Zero Dawn. Items automatically go to your stash, each weapon has their own upgrade path, you can pick up items from your mount, and fast travel between save points without crafting a fast travel kit. Yet, there’s still some things that could’ve added to the quality such as not slowing down when you’re picking up items from your mount and being able to fast travel from anywhere, not just from another save point. For a AAA game there’s no need to have features that create extra work, especially when other games have made those systems way more convenient.

I’m critical of Horizon Forbidden West out of love. I want it to be one of the best and it has the potential to be, but it just isn’t. The details and graphical fidelity in the environments helped me not feel dragged down by the open world bloat. The emotive character designs helped make the drawn out dialogue more tolerable. The imaginative enemy designs and smooth combat helped me not feel so annoyed by the cumbersome RPG mechanics. There’s so much good here to enjoy but unfortunately, there’s not enough about Horizon Forbidden West that stands out. 4/5 Whiskeys.