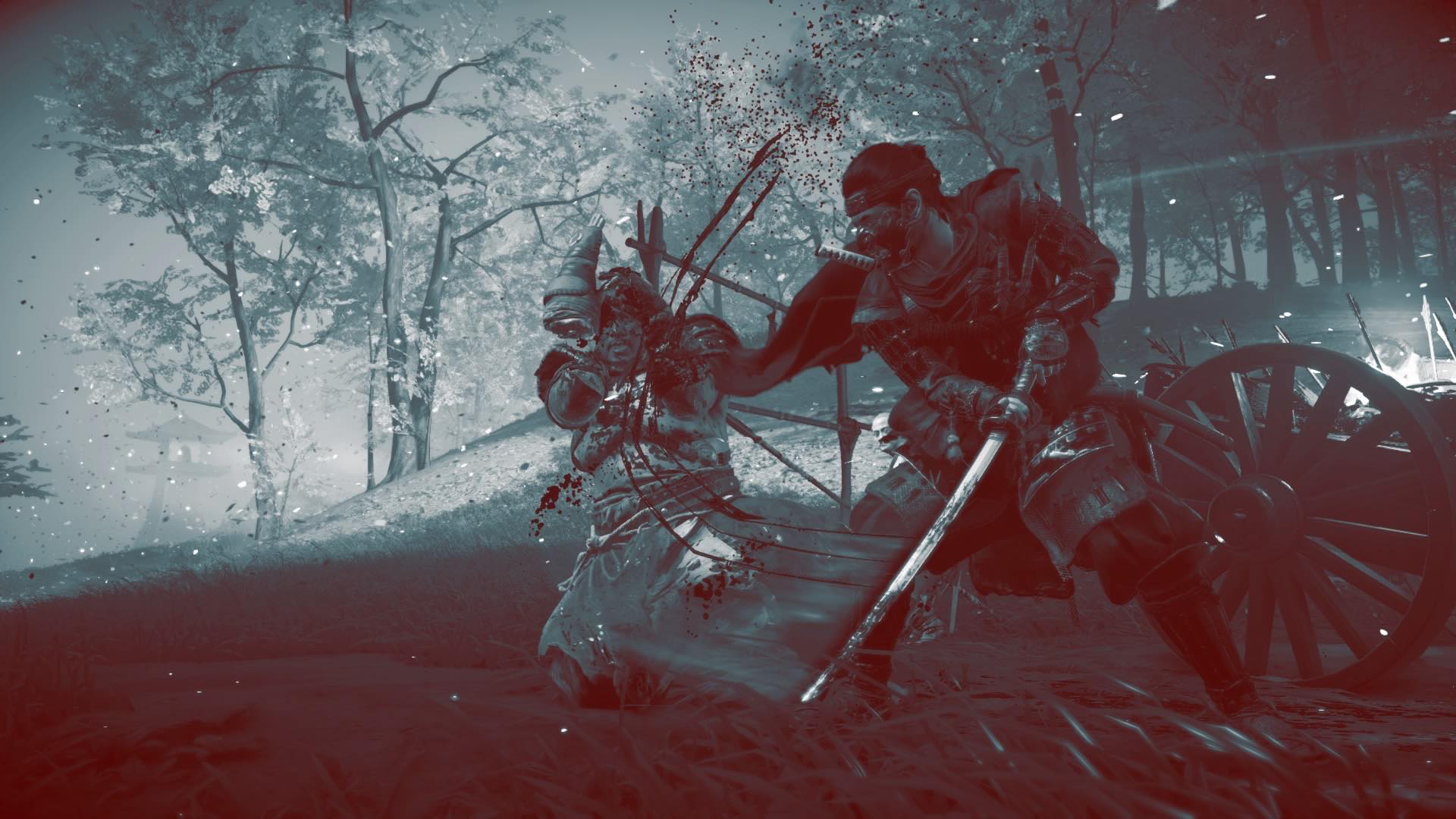 Before I go in-depth with a non-spoiler review, I would like to just get one thing out of the way first: this will not have anything to do with The Last of Us, Part II. Both games are absolutely fantastic in their own ways. There is no comparing the two. Gamers should be equally proud of each studio for their achievements, and be glad there are such fantastic options out there to escape our actual crappy reality– no matter what “team” you’re on.

Now that that’s out of the way, on with the show. Sucker Punch’s Ghost of Tsushima is a tour de force that while imperfect, is perfect in its imperfection. The player takes control of Jin Sakai, Lord of Clan Sakai, young, eager to please, but with major shoes to fill, walking side-by-side with his uncle, the man who raised him, Lord Shimura– who just so happens to be the lord of all of Tsushima. This small island off the coast of the main island of Japan is absolutely crushed by a Mongol invasion taking place in 1264 CE. Jin’s quest takes him on a journey of self discovery, and a never-ending battle between his heart and his mind…

It’s a struggle between reconciling how he’s been raised in the way of the Samurai versus what he experiences in the horrors of war, and just how far he’ll go to protect the people despite everything he has been taught. Would he sacrifice his soul, his very identity to do what he knows is right? Would he buck tradition and rigid dogma, even if it means losing all his honor in the process? As I said this is a non-spoiler review, so I’ll leave those questions for the player to answer.

Technically speaking, Ghost of Tsushima is absolutely beautiful. Many a player have found themselves getting lost for hours just capturing the majestic landscape in photo mode, or chasing the wind or a yellow bird in search of some hidden alcove, or to a high peak. Others get lost in the grind, enveloped so completely in the gameplay and story that they sacrifice the comforts of sleep or human connection for that dopamine rush of cutting down your enemies like a demon on the battlefield. From the smallest details, such Jin sheathing his katana, to gently brushing his hand over the grass as he walks through (a la Maximus in Gladiator), to simply crafting your own haikus while overlooking a truly picturesque vista, Sucker Punch nails the intensity and the simplicity of the Way of the Samurai, an effort that gamers have been waiting for since the original Assassin’s Creed. 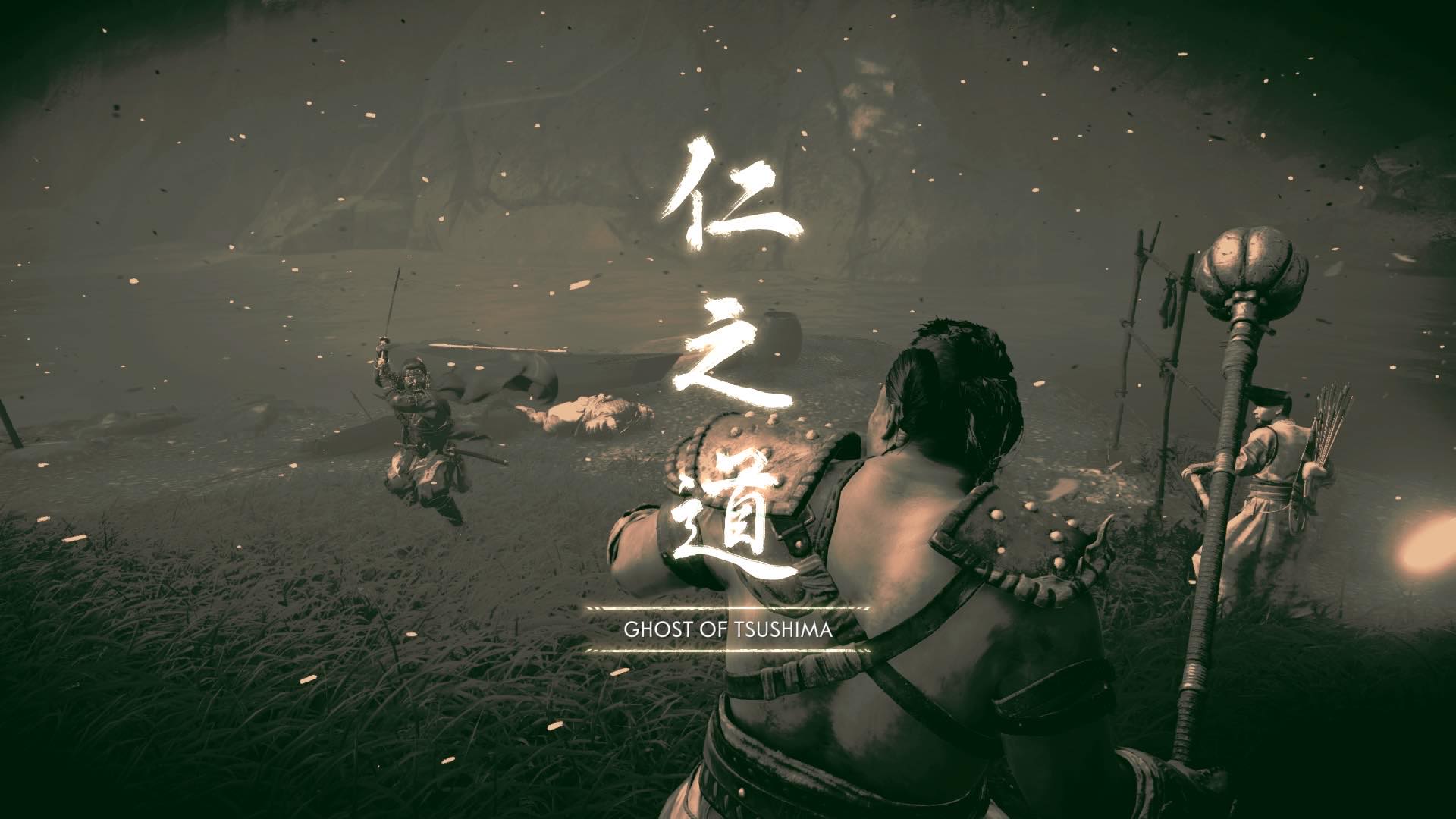 Ghost of Tsushima isn’t without some criticisms, however. It’s every bit an open world sandbox, so it falls victim to some of the critiques that befall any open world game. “It’s repetitive”, “it’s glitchy”, “NPC’s are too underdeveloped”, “there are only 6 different types of NPC’s”, etc, etc, etc. To a degree, GoT does have these trappings; but it wasn’t enough to break the immersion, not enough to take away from all that is so good about this game. Sucker Punch clearly put more effort into gameplay, graphics, story, and sound design instead of other aspects. Sure, at some points I felt as if I’d had this interaction a million and one times already in other games, and then experienced it over and over in this game as well.

My biggest question is, where are all the kids? There are absolutely no children on the entire island of Tsushima. No living ones at least. This small detail seemed odd to me. Also, if I ever see another fox again, I’m going to shoot it full of arrows. I know they’re cute and they lead you to more and better ways to boost your character, but since I’ve attained Platinum in the game, enough is enough. 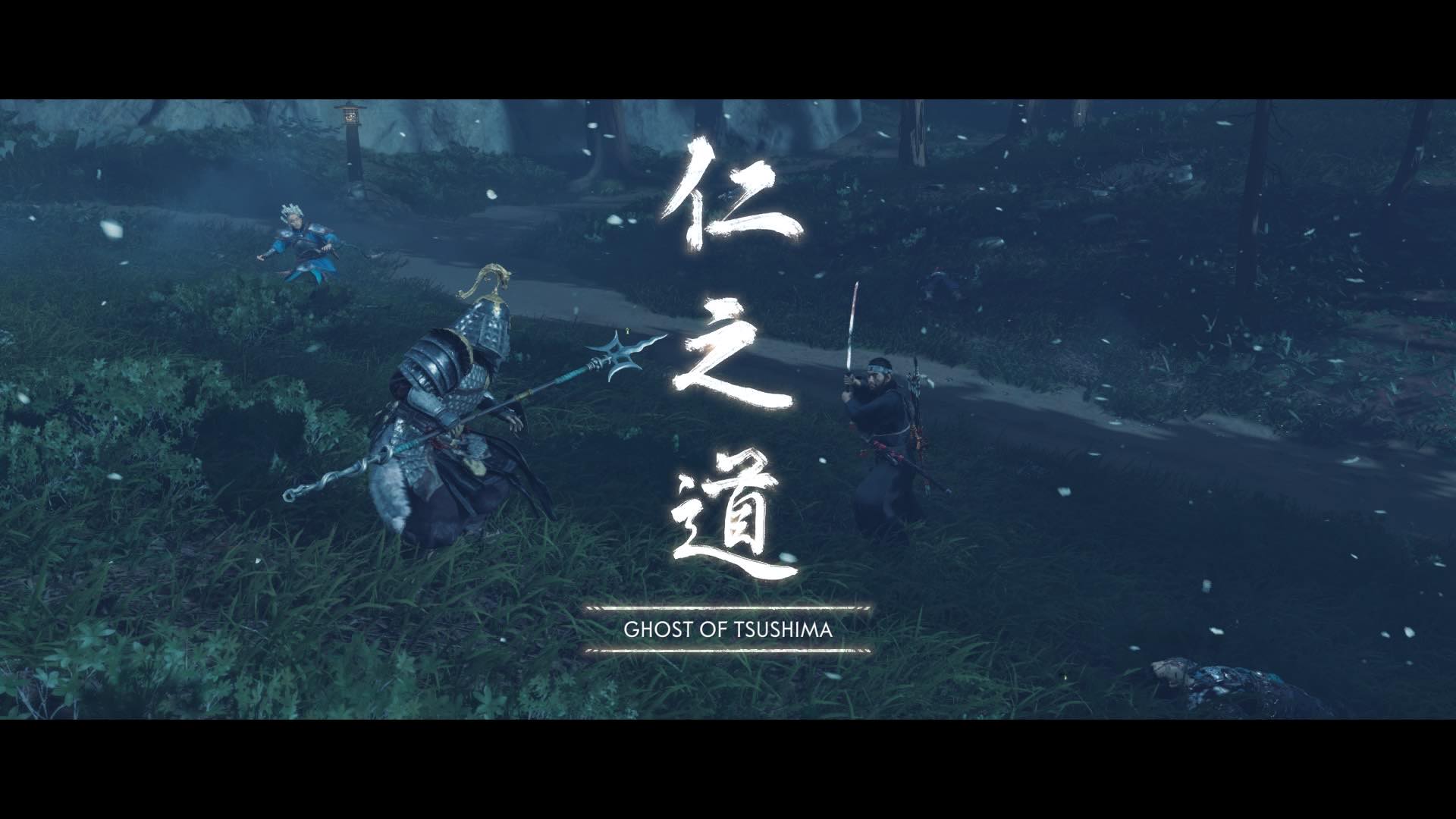 The skill progression scheme is extremely easy to navigate and understand, and it’s some of the very best in the RPG-lite genre. Players aren’t really locked out of any particular ability or skill tree, save for one that can only be attained through story progression, and good Lord, is it satisfying. Players can absolutely spec their character however they fancy. You feel like going straight Samurai, pour your skill points into that tree. You like the feel of being basically Marvel’s Hawkeye and snipe your foes from afar with your bow? Do it. You are more of an explorer and want to find every nook and cranny, it’s your choice.

Narratively, I went the full-on honorable Samurai route for the first two out of three acts. Act three saw me abandon most of my honor and out of necessity become the Ghost. I became death incarnate and a demon in the eyes of my enemies. One extremely noticeable facet was how Sucker Punch dialed up the difficulty and variety of your enemies from act to act. It almost forces you to approach situations completely differently from one act to another. The terrain and the atmosphere are also completely different in each section, forcing you to adapt your tactics even more. From mountainous forests in act one, to lowland bogs in act two, to snow covered, monolithic mountains in act three, not only the enemies, but the environmental makes you adapt in order to overcome. 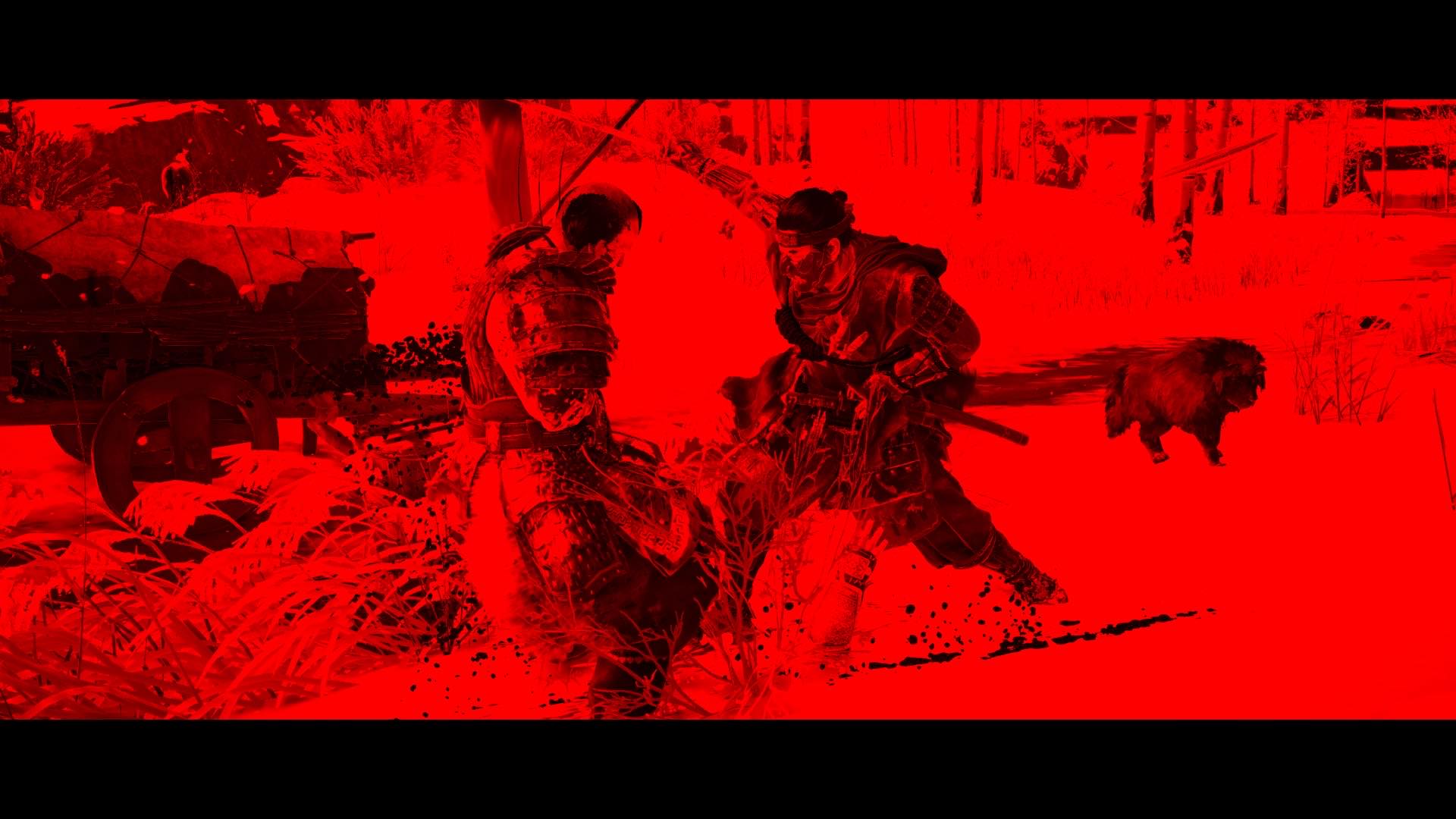 Ghost of Tsushima can most closely be compared to The Witcher franchise, along with recent iterations of Assassin’s Creed, with a drop here and there of Red Dead Redemption. The story and the quests aren’t as detailed or epic as Geralt’s advengture, the combat isn’t quite as dynamic or variable as the famed Ubisoft series, and the environment isn’t as alive and teeming with personality as Dem Cowboys.

BLADE OF THE IMMORTAL

Where Ghost shines brightest, however, is in its extreme competence in all those areas. I don’t ever feel like a mutant monster hunter, or an unstoppable demigod, or a weathered gunslinger finding peace with his past; I feel like a mortal man, doing everything he can to survive against insurmountable odds and save his people; I feel like a Samurai, and the inner weeb inside me came out with a vengeance.

If you’re looking for an extremely competent game that is well worth the price tag, worth the 40-60 hours you can easily put into it, Ghost of Tsushima checks every box. From pulse-pounding action (the standoffs had me breaking a sweat at times), breathtaking vistas, and a truly heartbreaking and self-reflective story with a very, very difficult choice at the end — one I still can’t decide whether I did the right thing or not — then I can’t recommend GoT enough. There’s a reason it’s the highest selling original intellectual property of this generation. 4.75-5/5 Bibles Sliced by a Katana.