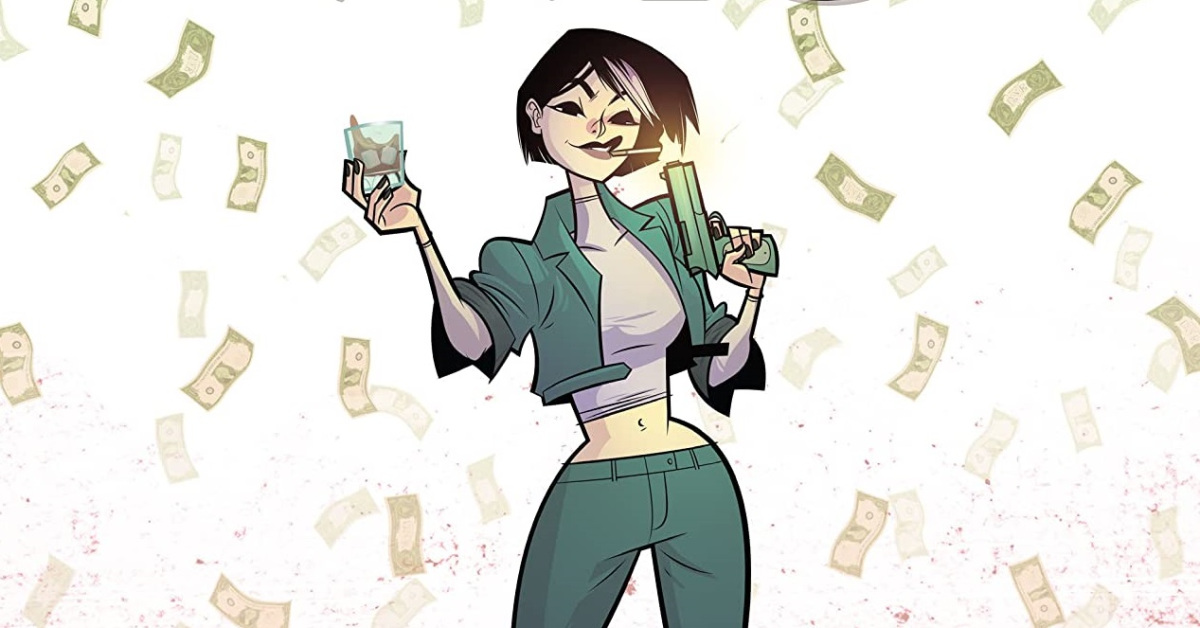 Being a big fan of Chew I came into this with some high hopes.

Chu — Saffron Chu — is a cibopar, which is the ability to learn secrets from who she eats with while her older brother and protagonist of the award winning Chew series, Tony Chu, is a cibopath. You get the gist. Siblings with similar abilities on the opposite sides of the law, “mayhaps” on a collision course. 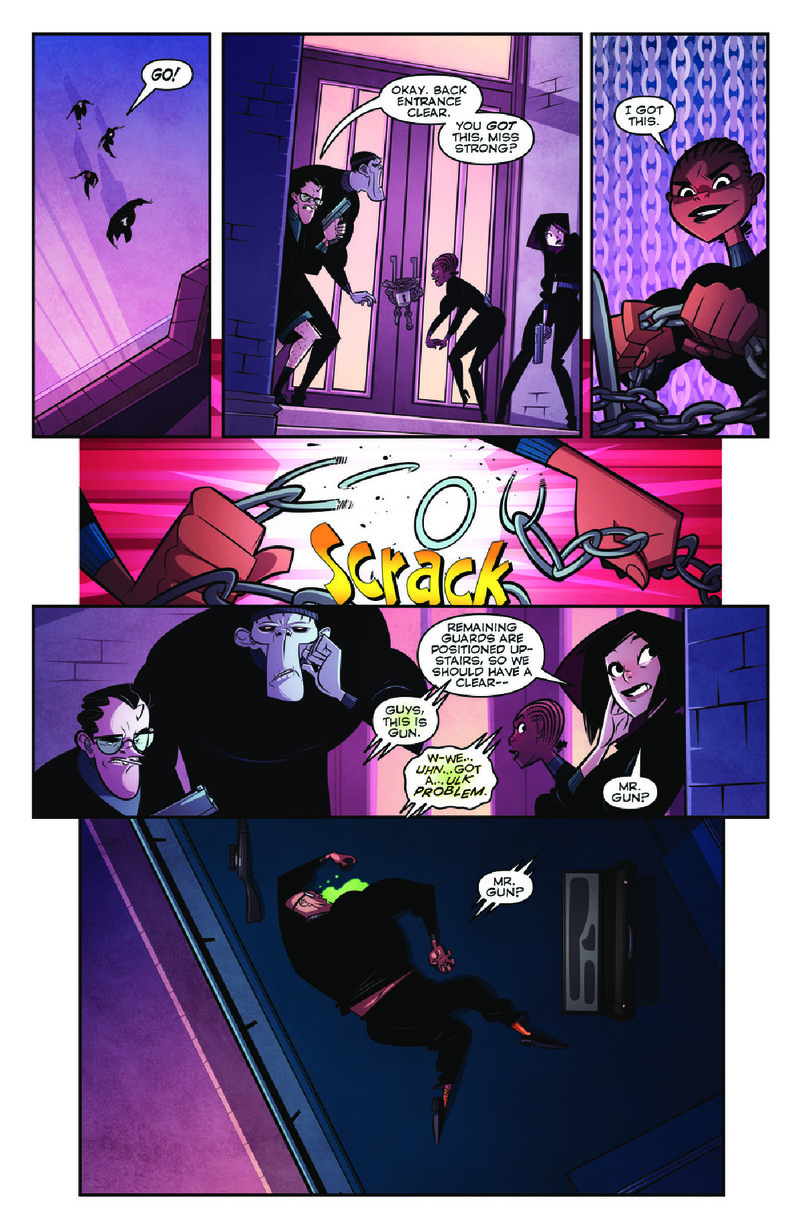 Chu opens with Saffron and her crew going over a heist and executing it, before it all goes horribly wrong that smells of a double cross. All this before having a family meal with lawman Tony Chu, and not much else to the story; if you’ve read Chew you’ll know what to expect from Chu. John Layman knows the characters so well to the point that it doesn’t feel that there’s a missed beat.

Dan Boultwood does a more than serviceable job on art, as it is not as jarring of a departure from Rob Guillory’s interiors. If Chew was a gonzo procedural story of the law combating poultry, this is the rise of a lowly grunt to a kingpin of crime. Chu on this. 4/5 Puke Soaked Bibles.

“Some of the worst things imaginable, have been done with the best intentions”, Alan Grant, Jurassic Park III, who knew such wisdom, came from the worst sequel of the JP saga. Which perfectly describes this opening issue of Bliss by creative team, Sean Lewis and Caitlin Yarsky.

Bliss takes place in Feral City, which can only be described as the abysmal New York City setting from Charles Bronson’s Death Wish. We meet lovable loser Benton Ohara as he’s at his wits end on how best to take care of his terminally sick child, Perry, and his distraught wife, Mabel. He goes to the shit heel end of town desperate enough to try anything, when he stumbles upon three gods resembling sea creatures. 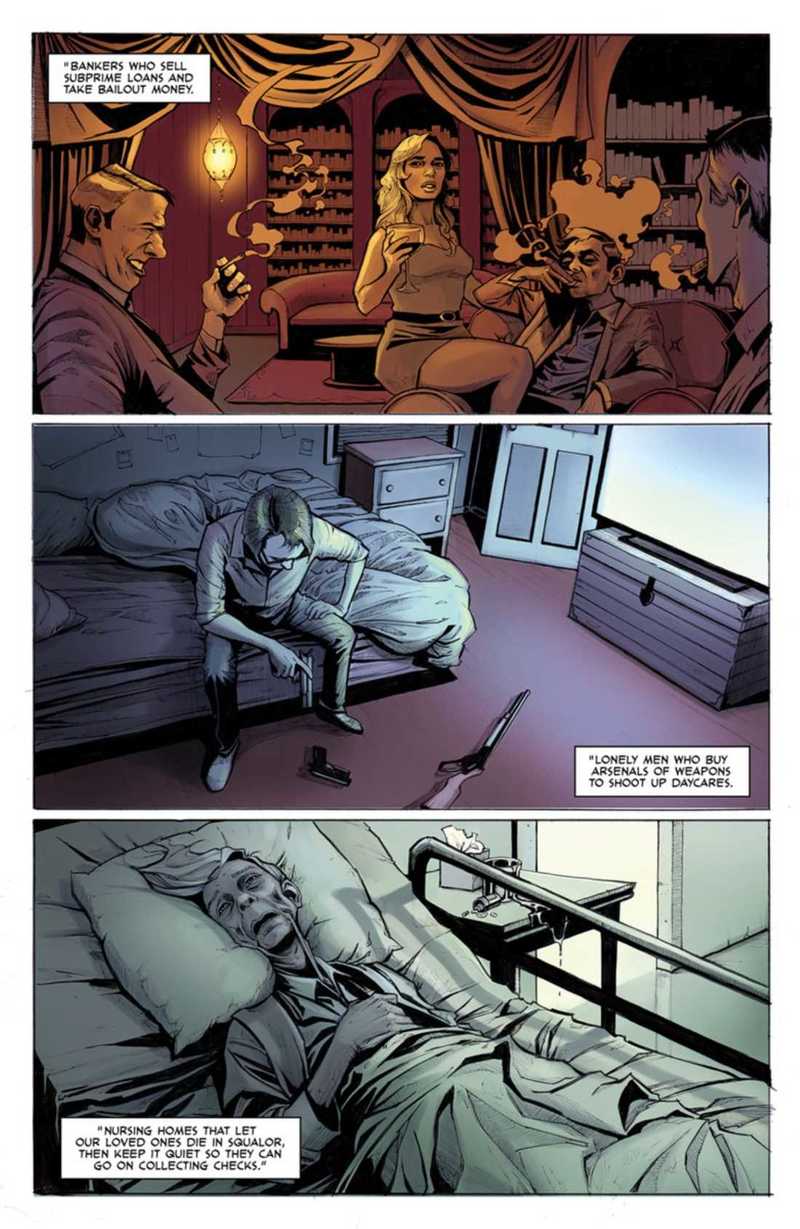 Of course they make him an offer he can’t refuse: he has to murder whoever they tell him and they’ll keep the money rolling in and they offer him a vial of Bliss– a drug that makes the user forget their short-term memories. This all begs the question to the reader: if given that drug what would any of us be capable of? Guilt and remorse are a motherfucker, but what if you could do absolutely anything, and in the morning not remember? Flash-forward to an older Perry addressing a judge and courtroom filled to the rafters of his father’s victims.

And that, my lovely geeks and nerds, is the hook. It’s the “how” on this meek and meager man suddenly broke bad to the point of being vilified and hated. But, wait; there’s more. How does Perry convince the people that his father is the lesser of two evils against the god of oblivion? Hook, line, sinker. Strap in y’all, this be a bumpy ride. 3.75/5 Blissful Bibles.

Apparently, Crossover will follow a group of creator-owned characters trying to survive a massive crossover event, similar to the fares you’d get from Marvel or DC. The creators were pretty hush-hush about any finer details than that, to avoid any potential spoilers. As a result the panel was pretty low on information and high on anticipation. 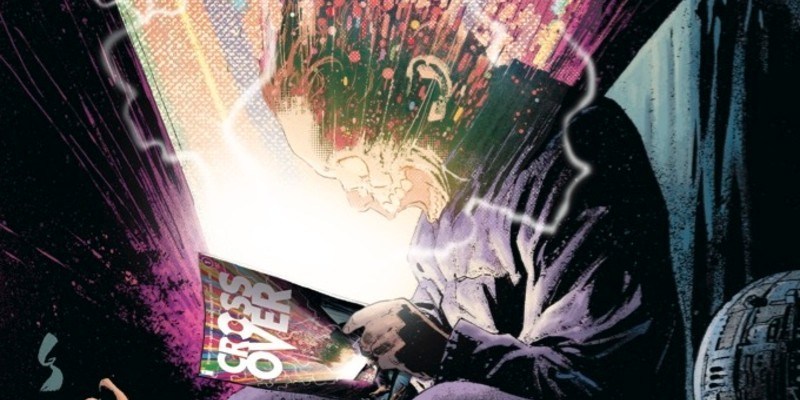 There are high stakes. The panel compares Crossover to things you might have heard of like Lord of the Rings, Avengers, The Dark Tower, Cloverfield. Cate admitted this would certainly be no easy feat: “[Crossover is] scariest goddamn book I’ve ever attempted to produce in my goddamn life…the most exciting thing I’ve ever done.”

Nightmare or dream, Crossover should be an upcoming comic to keep your eye on. As for the panel itself, you’d be better off reading the cliff notes — if you can find them. 2/5 Bibles.