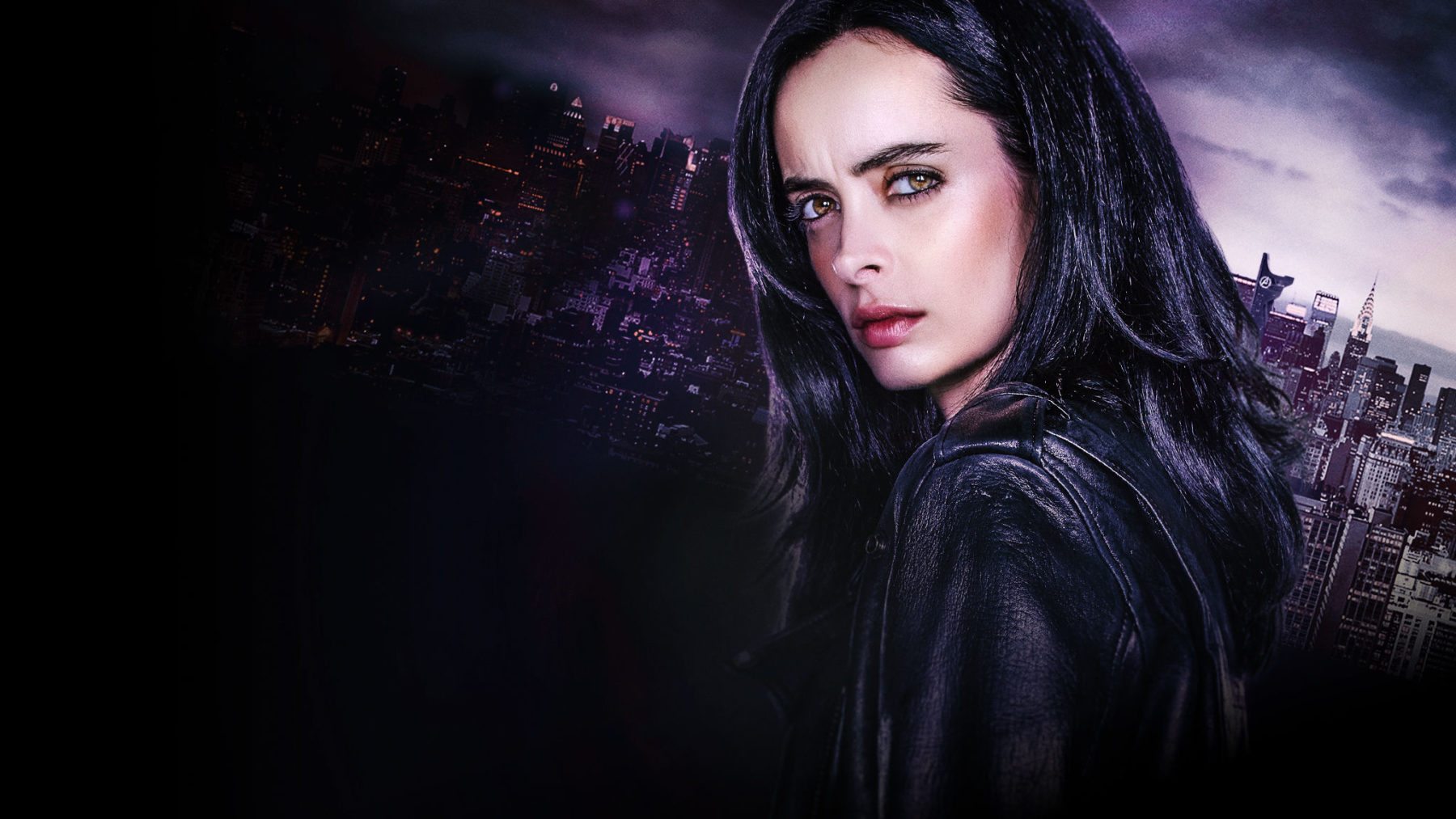 “Pastor” KEVIN PALMA: Here we go again: Netflix. Marvel. Phase 2. Jessica Jones kicks off the post-Defenders party with her second season, though to call a season of Jessica Jones a party is analogous to calling Jessica a well-adjusted, social person with healthy coping mechanisms for the stresses of her life. This season hammers that point, exposing the seemingly endless layers of trauma that Jessica has had to and continues to deal with. With all that said, Belser, let’s get straight to it…

[Fair Warning, geeks: There will be spoilers.]

JADARREL “The” BELSER: I really enjoyed the first season of Jessica Jones, Kev, seeing how it got into subject matter that Marvel (or most comic properties) has never touched in live action before. It was a smash hit and the character created a huge feminist following. That stated, my favorite moment of Season 2 takes place in the episode “AKA PORK CHOP”, when Trish (Rachael Taylor) visits Jessica’s mother (Janet McTeer) in prison — who completely (and correctly) savagely calls Trish out. Mother Jones makes it known that all the tragic events of the season (i.e. murders, Jessica’s arrests, her own arrest, Trish’s failing career and new addiction) are all Trish’s own fault for her obsession with IGH. “You won’t stop your bullshit quest because Jessica has powers and you don’t and you can’t stand it. That’s why you won’t let go of this investigation. YOU are the reason I did everything I did!” I actually applauded when I saw this scene. I was like, “Finally! Somebody said it!”

KEVIN: Haha, that’s a great one. “Best Scene” was a difficult one for me. As the season moved forward every tense, emotional scene led to a scene that only increased the tension and emotional stakes (especially the back half). Also, this is a season of a superhero show that doesn’t have much — if any — superhero action. With that, while any scene involving Jeri Hogarth (Carrie-Anne Moss) was on fire, I ultimately have to go with the scene at Playland with Jessica and her mother, Alisa. I legitimately could not hold back tears when she told Jess, “Maybe I don’t have to be amazing. Maybe I just made you,” which makes the following moment that much more emotional. Krysten Ritter and McTeer had possibly the most emotional conversation of any Marvel Netflix show and the way that scene ended was as heart-wrenching as it was infuriating.

BELSER: Malcolm has made incredible progress since he was a heroin addict in the first season. He’s made an ‘associate’ P.I. for Alias Investigations and shows a natural aptitude for the work involved; he’s hitting the street, looking up clues and making cases on his own. It did seem that he was switching out drug addiction for a lot of meaningless sex on a Tinder-like app. His one drawback was his inexperience, which leads to a series of events that threatens his sobriety and his relationship with Jessica. However, that strained relationship looks like it may lead him to his own calling as a private eye.

KEVIN: Malcolm was definitely a strong character this year, although he had a fair share of baffling scenes with questionable decision making. Jessica still shines. The way she deals with one thing after another that would cripple the average person physically, emotionally, and psychologically is exhilirating to watch.

BELSER: Oh, no doubt. I especially adored JJ in “AKA I Want Your Cray Cray”, which goes into Jessica’s life prior to Kilgrave. It was cool to discover that part of her misanthropic attitude is due to fear of those who get close to her.. die. As far as the character development, Jessica makes some leaps and bounds. She asks for help, she says “thank you”, and even attempts a romantic relationship. This might not seem like much to most people but, if you know Jessica, this is a big deal.

BELSER: No character got my blood boiling more this season than Trish Walker. I was cool with “Patsy” being the over eager friend/sidekick in the first season. This season, however, she goes WAY too far over the deep end to be forgiven. Her obsession with IGH goes overboard and she completely screws up Jessica’s already screwed up life. First, she baits Jessica into the investigation by guilt-tripping her that uncovering IGH will help Jessica ‘move on’. The worst part is that she brings out Jessica’s dead family’s ashes to illustrate that point. Dirty!!

(continued…) That’s just the beginning of her offenses: 1. This IGH obsession has been back in contact with her obviously no-good mother (Rebecca De Mornay) again behind Jessica’ s back, 2. She gets addicted to an illegal performance enhancing inhaler despite her own previous addiction recovery (that, of course, makes her dangerous and irratic). 3. She tricks poor Malcolm (Eka Darville) by sleeping with him, nearly gets him off the wagon, knocks him out and kidnaps him, 4. She kidnaps Dr. Malus (Callum Keith Rennie) solely for the purpose of giving herself powers permanently, 5. Worst of all, SHE KILLS JESSICA’S MAMA! In the end, we discover Trish’s quest “to help people” is really a quest to fulfill her greatest ambition: to gain super powers by any means necessary and revive her lame career. While that notion destroys all sympathy I have for her, you gotta love the irony: Trish wanted to be a hero so bad that she became the true villain of the season.

KEVIN: It was very tempted to say Trish, too, since nobody had a bigger fall from grace than she, going so far beyond infuriating. However, based on how Jessica and Trish interact at the end, I believe that’s fully intentional and makes her a success this season, regardless of how much she angered me. I hated Griffin (Hal Ozsan) even more. Be honest, JD; without looking it up, do you remember this character off the top of your head? If any single person said yes, that would be an actual miracle. This guy is a bigger example of a walking archetype than even Pryce (Terry Chen). Griffin is just the love interest Trish leaves behind on her quest for self-discovery (although, it’s pretty interesting to see a gender reversal of that archetype). The biggest problem I have with the guy, however, is the fact that he’s presented as a major character for 5 episodes! Almost half of the season was wasted on this clown and that’s one of the biggest disappointments of the entire season.

BELSER: Jessica Jones had an overall interesting Season 2. It didn’ t really “wow” me like the previous one, but it kept me wanting to know more. Make sure you peep my Easter Eggs below Kevin’s final summary, ya dig. 3.5/5 Bibles.

KEVIN: It really is weird to call Jessica Jones a superhero show, even though it absolutely is. Unlike most other superhero shows, the superpowers and hero/villain dynamics aren’t the focus, rather they’re vehicles used to explore heavier issues. When it works, JJ’s S02 some of the most compelling storytelling out there, but — because it doesn’t use superheroics as an entertaining crutch — can be a chore when everything else falls flat. That “mixed bag” is maybe the strongest argument for shortening the seasons of these Marvel Netflix shows. That said, the best parts of this season are absolutely excellent. It’s also interesting that while there are multiple antagonists who serve to compound every aspect of Jessica’s life, there really isn’t a true villain. It’s truly compelling to see how JJ will deal with moving forward now that she’s closed the case on her two separate tragic origins. 3.75/5 Jewels. 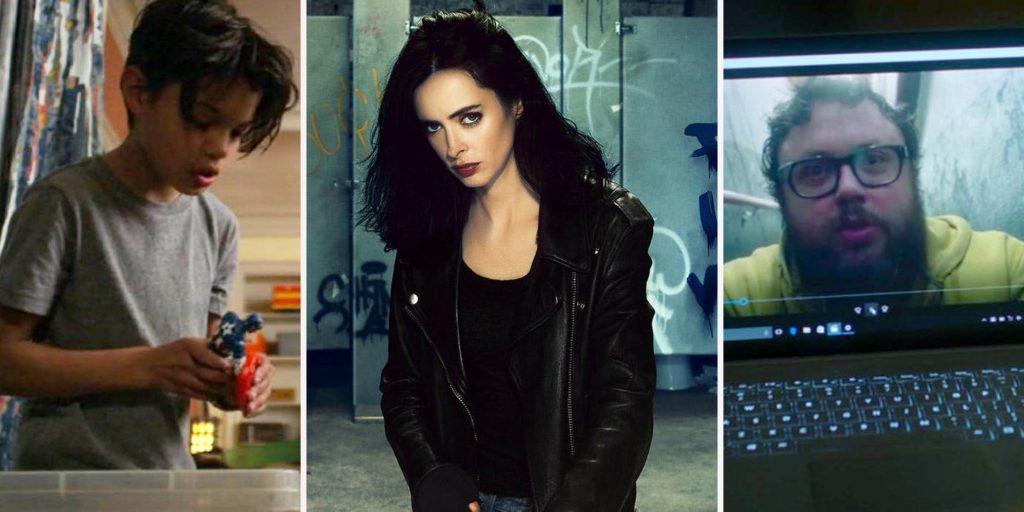 • Dr. Maynard Tiboldt, a shrink/hypnosis expert mentioned throughout the season, shares the same name as another classic Marvel villain, The Ringmaster. Debuting in INCREDIBLE HULK #3, The Ringmaster and his Circus of Crime have a certain modus operandi: going from town to town, The Ringmaster hypnotizes his audience and robs them blind.
• The superhuman prison, The Raft, is mentioned several times. The Raft was last seen in CAPTAIN AMERICA: CIVIL WAR.
• The Rand Corporation, owned by Danny Rand (Iron Fist), is mentioned as Jeri Hogarth’s main client and equates for over 60% of her practice’s revenue.
• A few characters from DAREDEVIL make appearances this season including Turk Barrett (a former client of Jeri Hogarth) and Foggy Nelson. Jessica is seen drinking a few times throughout the season at JOSIE’S BAR (also from DAREDEVIL).
• Dr. Karl Malus, in the comics, is the primary doctor for the Power Broker (Curtiss Jackson), who specializes in giving paying customers superhuman level strength.
• Captain America is mentioned a few times. Luis, the son of Jessica’s landlord, asks Jessica repeatedly if she knows Cap after he learns she has powers. He also has a Cap action figure but he ‘lost the shield’. This is a reference to Cap abandoning his shield at the end of CAPTAIN AMERICA: CIVIL WAR.
• Jessica’s ill-fated customer, Robert Coleman, has super speed and goes by the name “The Whizzer”. The Whizzer is a 1940s’ Marvel character who got super speed from an injection of mongoose blood. Coleman even has a pet mongoose at his apartment. Coleman even has the same yellow/blue color scheme of the comic character.
• Spider-Man is mentioned a few times. Jessica and Robert Coleman name drop the “With Great Power Comes Great Responsibility” line. The kid Luis asks Jessica if she has ‘Spidey-sense’. Also, after a character says he trusts his balls (or gut instinct), Jessica calls it his ‘ Scroty-sense’.
• Jessica’s mom, Alisa, is kept in Cellblock D, which is where The Punisher and Kingpin were kept in DAREDEVIL Season 2.