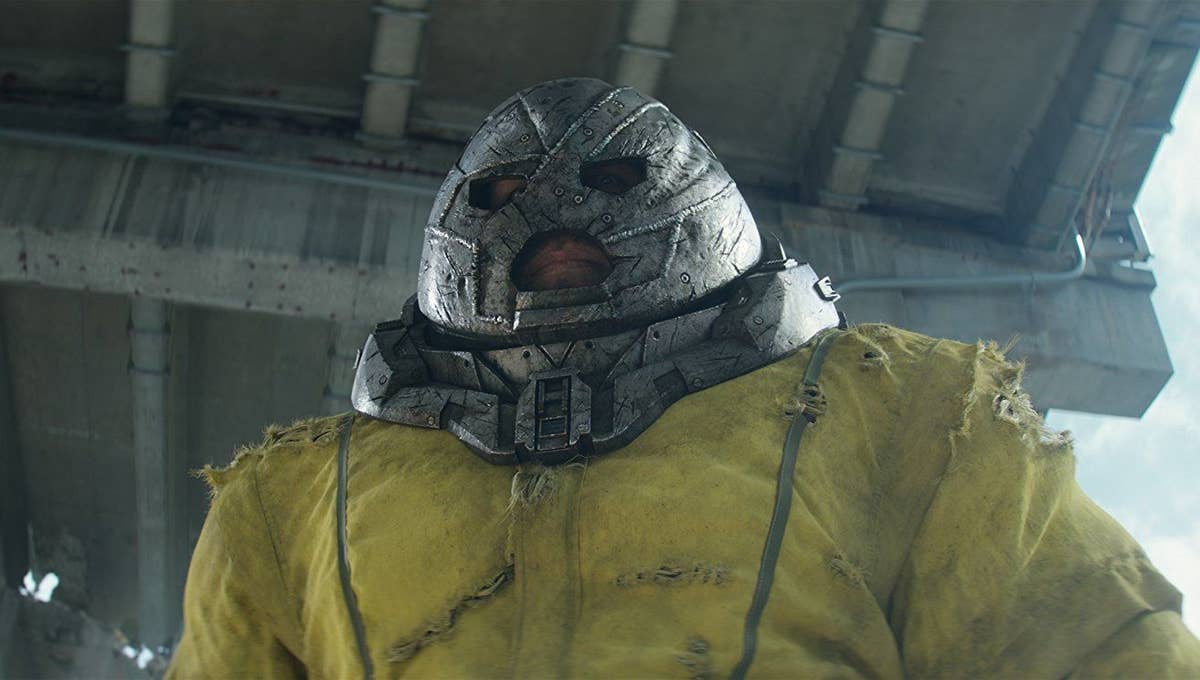 I cannot state enough how much fun this book is. Part of the appeal is that it’s not the typical big two reset button back to villainy.

Following the course from mid-2000s Uncanny X-Men and even 2010s Thunderbolts, Juggernaut is on a road to redemption. In this issue, Marko stands trial for the financial damages done to a construction company during the classic story “Nothing Stops the Juggernaut” from Amazing Spider-Man #229. During the trial, the courthouse is attacked by a villain looking to capture Cain’s new young ally, the super powered wanna-be reporter, D-Cel. 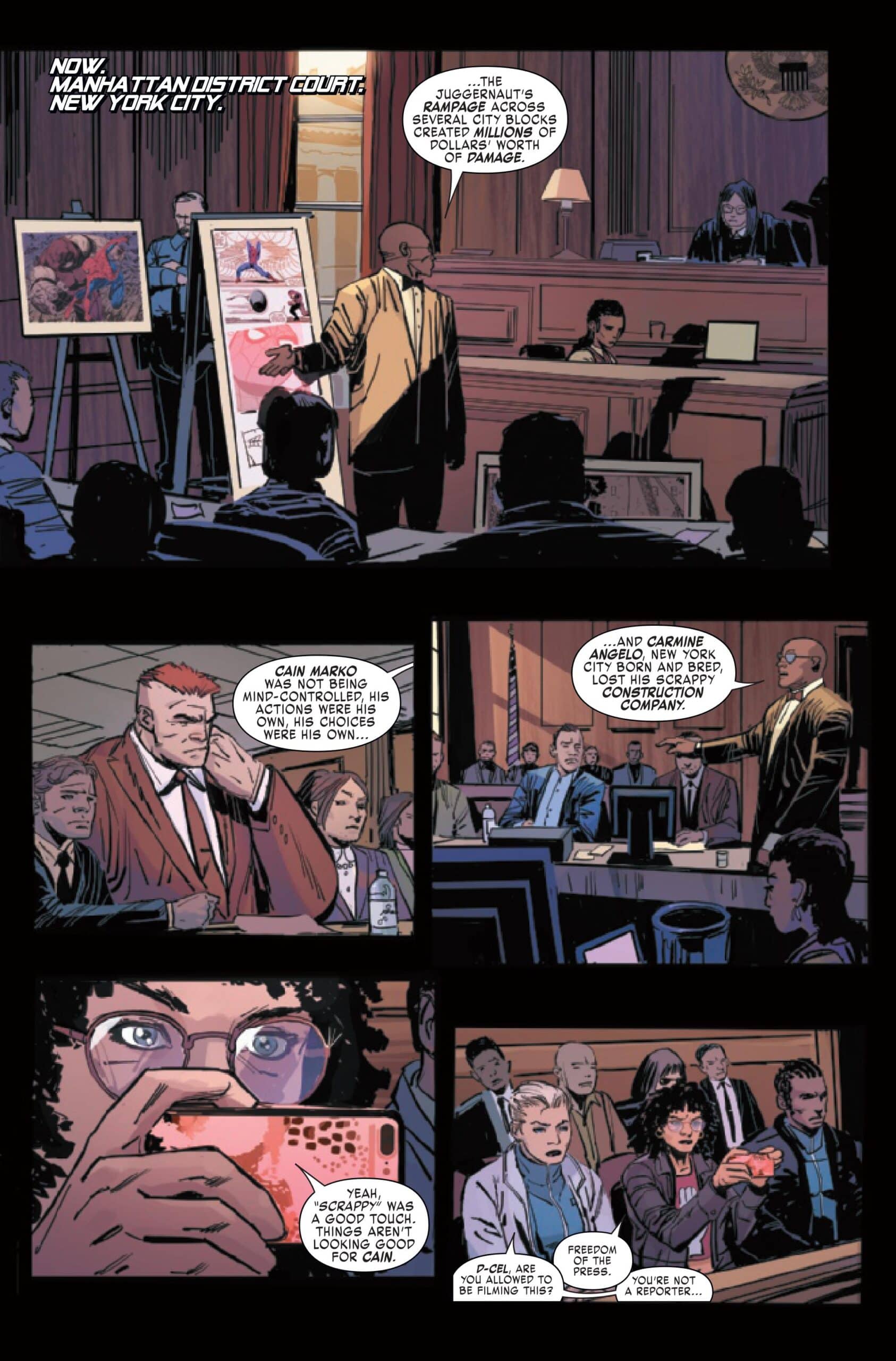 Writer Fabian Nicieza has always been one of comicdom’s most reliable and criminally underutilized talents. His knack for immaculate pacing and sizzling dialogue is only matched by his respect (not slavish reverence) of continuity. Fabian knows how to balance drama, tension and humor deftly.

Not to be outmatched is the uber-talented artist Ron Garney, who was born to draw this book. The big splashy super heroic action sometimes takes a back seat to the dramatic and eerie flashbacks showing how Cain went through getting his powers back and that’s a testament to how versatile Garney is. Matt Milla was the perfect colorist for this book; his palettes are clean and don’t overwhelm the line art. As the story heads towards its conclusion, I wait with bated breath for an announcement of a continuation or some other collaboration with this creative team. They have spun pure gold with this book. 4.25/5 Bibles.

I didn’t know much about Taskmaster going into this issue except for the basics: Taskmaster — AKA Anthony Masters — is a skilled tactician, proficient in hand-to-hand combat and a weapons master. If that was not enough, he has “photographic reflexes” which in layman terms mean he can mimic any move an enemy makes and instantly knows how to replicate that move and counter that move. Basically, he’s nearly unbeatable!

Instead of using these awesome skills to become a great hero like Captain America or Iron Man, however, Taskmaster decided to become a career criminal; because, hell, it’s way more lucrative and a lot more fun. He has spent his life as an assassin for hire, and a trainer of henchmen for terrorist organizations and criminal enterprises. Tony AKA Taskmaster isn’t all bad, he has had a stint or two as a hero usually for his own motives and almost never because it’s the right thing to do. 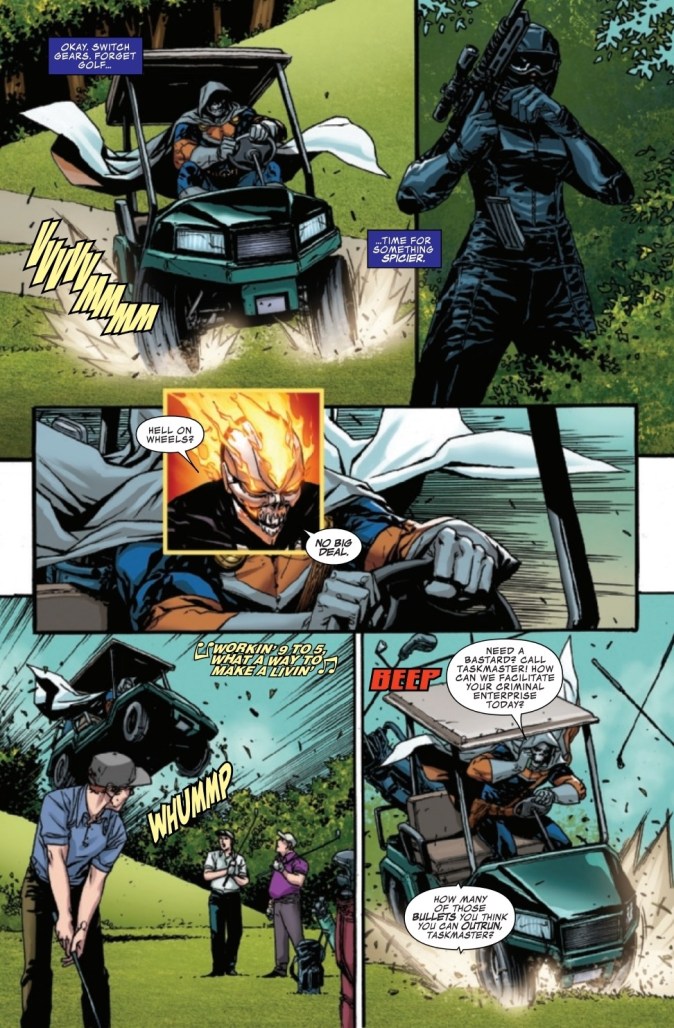 I kinda dig Taskmaster, and I think he has one of the coolest powers around. Now, I know it’s not like super speed or flight, but as a life long martial artist myself I gotta say being able to mimic an opponent’s every move and fighting style would be truly badass! I definitely think his fight with Black Widow in the recent Avengers game was easily the best part of an otherwise underwhelming experience. He also has a Deadpool-like sense of humor and loves to talk smack while he’s in a fight. I’m always a fan of a character that makes me laugh, they are few and far between these days.

Taskmaster #1 is a nice intro into a cool Marvel villain that has been around for a while and crossed swords with many heroes over the years such as Daredevil, Captain America, and the Avengers. The series is brought to you by the very capable hands of Jed Mackay and Alessandro Vitti. Without giving away too much about this issue, Taskmaster is being hunted by a mysterious assassin that relentlessly pursues our protagonist through a golf course for a crime he didn’t commit. Sounds familiar, but still it’s a fun and fast-paced easy read with a few surprise guest-stars that sets up what is surely going to be a wild ride. 4/5 Bibles.