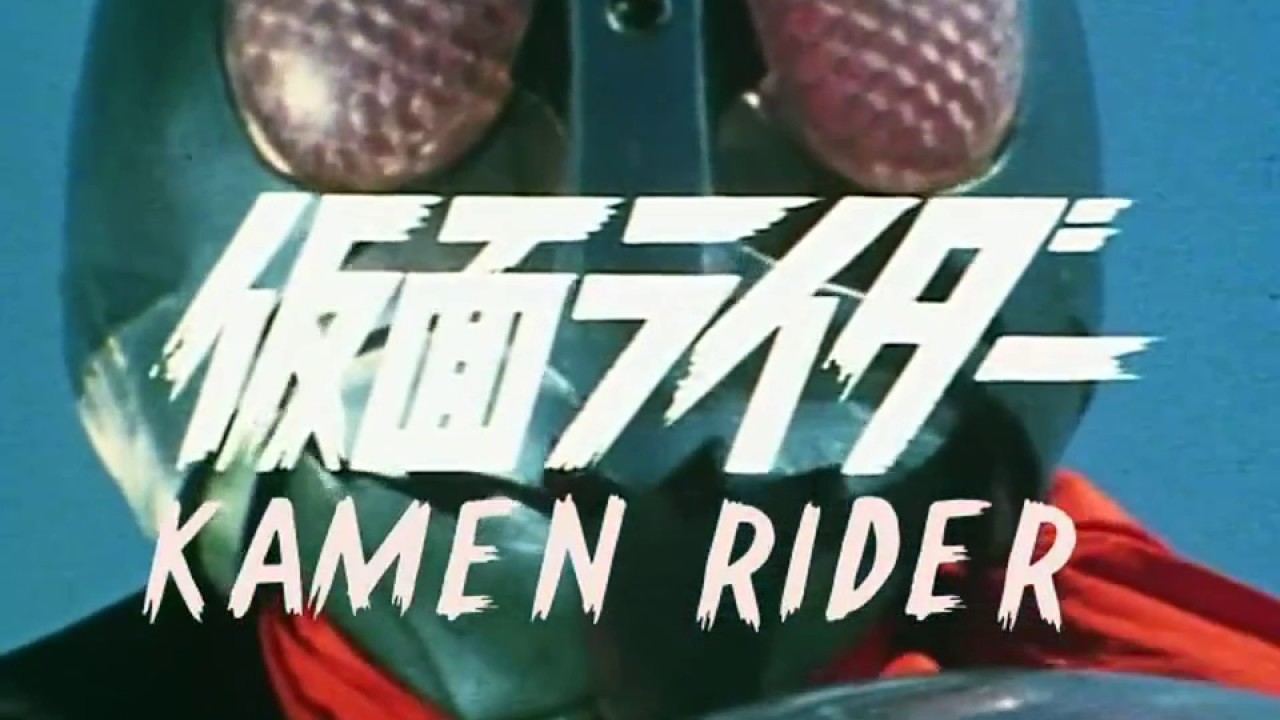 It’s been a while since I flexed my writer’s muscle to talk about one of my geek passions. So, when GodHatesGeeks guru Travis Moody asked me if I was willing to write an article covering SHOUT Factory’s announcement at having acquired the North American license for Toei’s Kamen Rider franchise, well I was a little bit honored. I have a long love affair with Kamen Rider and its decades long history. It dates back to 1991 when I was but a slinger of mail in the hallowed halls of Marvel Comics New York City office on Park Avenue South.

I had ended up working at Marvel courtesy of my father, who had business a business contact at Revlon. Revlon actually owned Marvel at that point. Let that sink in.. that house the that Stan Lee, Jack Kirby and so many others helped build through the 60s, 70s and 80s was owned by a cosmetics giant in 1991. I needed a job after being politely asked by Drew University to not return for a second semester after having managed to get a grade of “Incomplete” in every class I took. So my Father arranged an interview with the head of Mail Services at The House of Ideas and 3 weeks later I was reading comics on the job.

One of co-workers was friends with a guy who was willing to trade original, un-subtitled episodes of Kagaku Ninja Tai Gatchaman for weekly comic bundles, which it was my job to distribute to every employee at Marvel’s NYC office. Every week there were spare bundles of both the week’s Marvel books as well as DC books. This was everything put out in a week, including trades and graphic novels.. 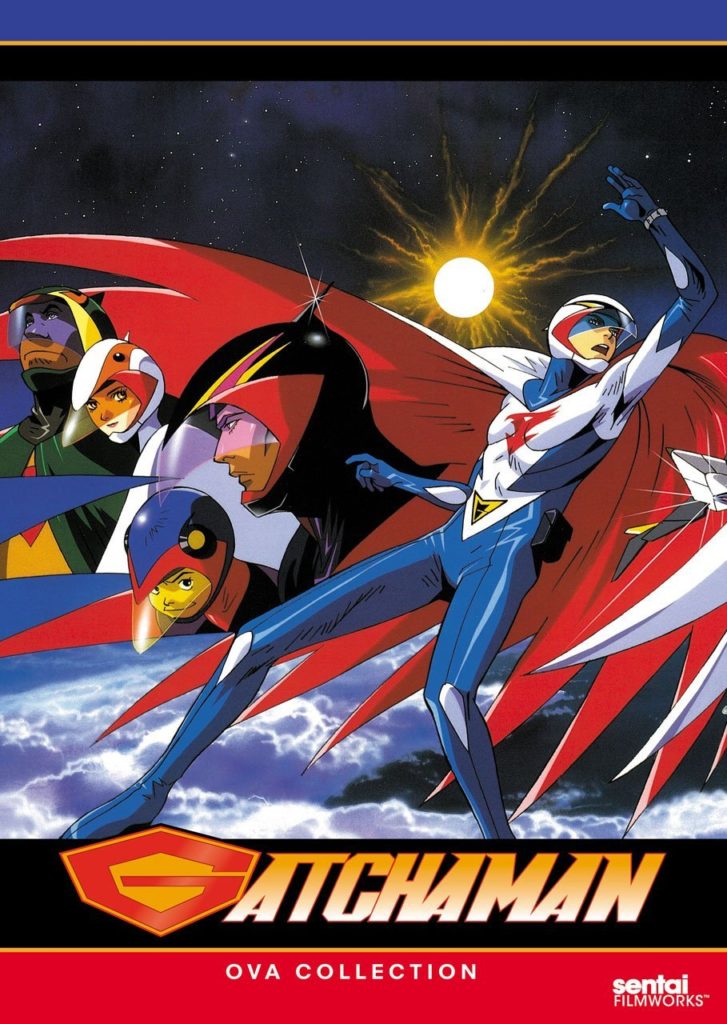 For said weekly comic bundles I would get 2 VHS tapes. The first included episodes of Gatchaman in varying quality and the second would be a tape of random stuff from my newfound tape dealer’s collection. A tape might include episodes of Saint Seiya or, in one case, a subtitled copy of Be Forever Yamato. So one week our usual trade off goes down and my tape dealer tells me to watch the 2nd tape first and to call him after I watch it and let him know if I wanted to see more.

What I got was 2 Kamen Rider BLACK movies, Hurry to Onigashima and Terrifying! The Phantom House of Devil Pass. These were unsubtitled but I didn’t care. I was hooked. I was firmly a Kamen Rider fan now and began watching Kamen Rider BLACK as well as its sequel Kamen Rider BLACK RX. I made trips to Chinatown to get Kamen Rider toys. I was thrilled to get the direct to video movies for Kamen Rider ZO, Shin Kamen Rider and Kamen Rider J. Then I lost my job at Marvel and found myself accepted at a new University and so my love affair with Kamen Rider was put on hold.

Ironically, the 90s weren’t kind to Kamen Rider either, as it found itself off TV after Kamen Rider Black RX. From 1989 until 2000 here was no new Kamen Rider on Japanese TV, which meant my love affair with Kamen Rider was put on hold. Add to that, Shotaro Ishinomori, Kamen Rider’s creator and guiding hand, passed away in 1998. But then in 2001, Toei relaunched the Kamen Rider franchise in 2000 with Kamen Rider KUUGA. Since then, there has been a new Kamen Rider series on TV every yea. With that came new merchandise to gobble up and I’ve gotten some here and there. I’ve managed to watch every season of this new age of Kamen Rider.

Now Shout! Factory is giving me the original Kamen Rider, subtitled for North American consumption through now less than 3 different means (The Pluto TV App, The Shout! Factory App and the SHOUT! Factory YouTube channel) how can I not be excited?

Takeshi Hongo isn’t your average Lab Assistant at Jonan University; he’s also a top motorcycle racer for the Tachibana Motorcycle Team. Why, he’s so badass that an international terrorist organization — SHOCKER — wants to recruit him/make him into a cyborg. Wait, did I say recruit? No, no.. SHOCKER straight up kidnaps Hongo with intents to cyborg him up against his will with the hopes of brainwashing him. Well.. Hongo wants no part of this, and after the operation turning him into a cyborg is complete he busts free to avoid the obligatory brainwashing.

Hongo’s escape is aided by Dr. Midorikawa, a scientist kidnapped by SHOCKER months ago. Hongo grabs the good doctor and jumps straight through the ceiling of SHOCKER’s base. The escape is short lived though as SHOCKER ambushes them on the road, shoving Hongo off a cliff, The SHOCKER troops are led by the Spider Man cyborg. It looks like poor Dr. Midorikawa has had it, but then, suddenly, who should appear but a man in a Grass Hopper themed helmet. This first fight is all about fast brawling as Kamen Rider debuts, beats some SHOCKER ass and then escapes, taking us to the eye-catch and what would be the first commercial break. 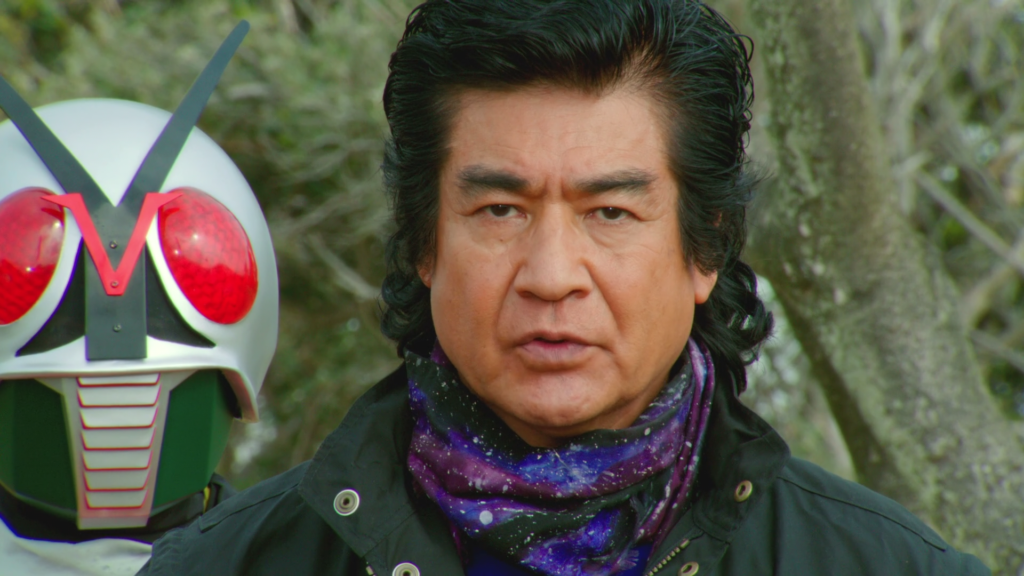 Back from break, we join two gals, Hiromi and Ruriko, the latter of whom knows she is being followed. She’s actually Dr. Midorikawa’s daughter and SHOCKER has had her under surveillance (in case the good Doctor should do something stupid, like, y’know, ESCAPE)! SHOCKER makes their move, but — luckily — Tobei Tachibana, Hongo’s mentor, makes the save. He takes the girls to his swingin’ café the Snack Amigo to hide out but SHOCKER follows them and Tachibana tries his darnedest to fight off the thugs. Using Hiromi as a decoy, Tachibana and Ruriko escape, with Ruriko now determined to fins her father.

In the meanwhile, Hongo is trying to convince Dr. Midorikawa that when they get back to the city the good Doctor simply must blow the lid on what SHOCKER is doing. After the machinations of the Bad Spidey begin to web, Hongo worries that his new status as a cyborg is, well, kinda permanent — as confirmed by Dr. Midorikawa. It’s then when The Eerie Spider Man strikes!

As for the rest. Oh, you don’t need a full recap! You can watch the first episode of the o.g. Kamen Rider (1971) right after the next paragraph, for FREE, in the YouTube link above. In addition to how awesome all of the action sounds, Toei’s first major Tokusatsu Kamen Rider is very important. Some tropes for the show aren’t in effect yet (like enemy SHOCKER cyborgs exploding when defeated) and the fights are quick; the point of the first episode set to establish what the overarching story of this series will be.

Hiiroshi Fujioka is excellent as Takeshi Hongo, playing Hongo as carefree at the start of the episode but by the end of it is of a very grim face. What action there is ends up as being very basic, yet still very fun to watch, I know little kid me would’ve eaten it up. While rough for some, and ultimately solid for vets, just know that Toei improves Kamen Rider with each episode. 4/5 Kamen Bibles.