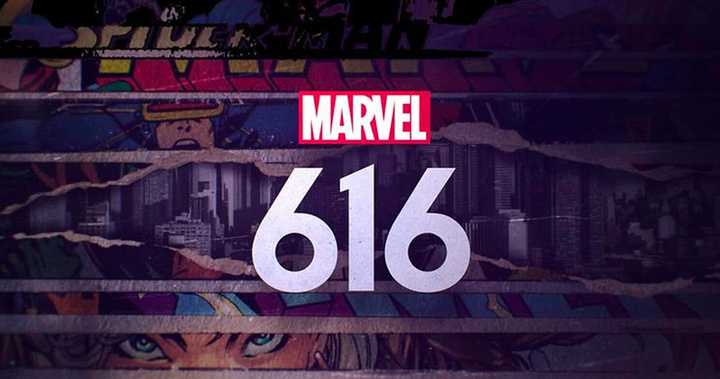 Around 27 years ago I got a hold of the very first Marvel comic I remember reading, X-Men Pizza Hut Special Edition #1, and I’ve been hooked ever since, traveling down a rabbit hole of living planets, planet eating space gods, gods of thunder, flawed people protecting the defenseless, and social outcasts protecting those who hate and fear; thus, delving deep into the history of Marvel Comics to learn the backstory and inner workings of the company and creators who’ve created the characters and stories that have had such a large impact on my life.

For that reason, when I discovered that Marvel would be releasing a multi-episode anthological docuseries titled Marvel’s 616 that would explore all that for both old heads and newcomers to the Marvel Universe alike, I was excited to see what they’d show in their SDCC panel to get people interested.

Given the current pandemic, every convention panel was done virtually and has been made available on YouTube, which also presented every panel the issue of being interesting and engaging without the atmosphere and aura that the event usually carries. Much to my delight, the Marvel’s 616 panel delivered in both respects, delivering a panel that showed how special the docuseries could be in a virtual panel that kept me engaged the entire time. 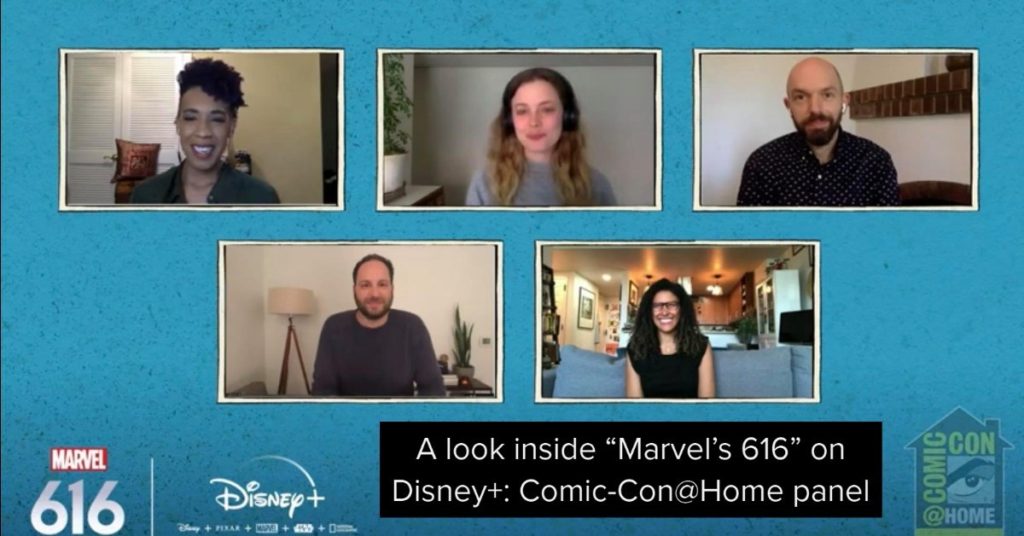 The actual contents of the docuseries aside, the panelists and their excitement for the project absolutely made this panel as great as it was for me. Executive Producers Sarah Amos and Jason Sterman provided some insight on the background of the episodes in question, but hands down the best parts of the panel were Gillian Jacobs, a newcomer to comics who directed an episode focused on both real and fictional women in comics, and Paul Scheer, an actor most famously known for his role in The League and a lifelong Marvel Comics fan turned comics writer (who directed an episode based on lesser known and truly obscure Marvel characters).

The discussion about Jacobs’ episode opened with a clip from it that focused on editor Sana Amanat and writer G. Willow Wilson talking about coming up with the idea and creating the character of Kamala Khan, a Muslim teenage girl who becomes the superhero Ms. Marvel, and the potential backlash they foresaw coming along with such a character. This subject truly hits me on a deep level because, as much as I love and relate to many of these characters in many ways, there are some ways that many of these characters just can’t relate to me.

There are few instances that touch on Hispanic culture, Renee Montoya dealing with homophobia in her deeply religious Dominican family in an issue of Gotham Central comes to mind (despite it being DC), but traditionally the comics industry has been dominated by straight, white men. That isn’t to say that straight, white men can’t create stories that are nearly universally relatable — because they have done that for over half a century — but the opportunity is there to expand the circle of experiences represented on the comics page. It’s also interesting as a lifelong comics fan to hear a newcomer talk about being introduced to some of the biggest names of female creators in comics history: Louise Simonson, Ann Nocenti, and Marie Severin.

The discussion then turned to Scheer’s episode which began with a clip of him speaking to Reginald Hudlin about taking Black Panther from a forgotten Avenger to a star solo character, and Gerry Duggan and Donny Cates about obscure characters like Dr. Druid (a second rate Dr. Strange), The Whizzer (a speedster who got his powers from Mongoose blood), and Typeface (a small business owner of a sign shop that gets closed and now uses letters of different typeface on his face to get revenge). 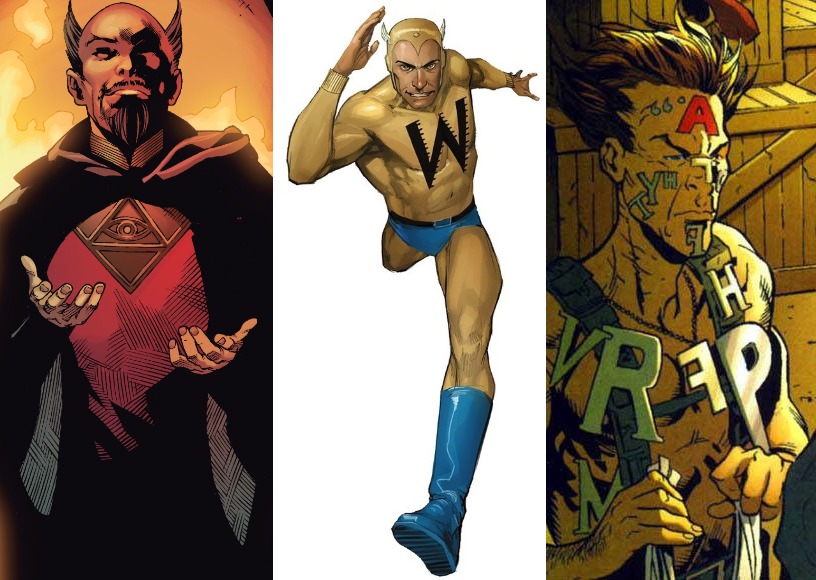 While the first discussion intrigued me intellectually, the second one was just an absolute blast. As such a huge Marvel fan, I’m familiar with many obscure characters, but due to the immense scope of the Marvel Universe, it’s impossible to know them all. While I definitely know those three, he later brings up Hellcow, who I am familiar with, and U.S. 1 and Asbestos Lady, which I’m absolutely not.

The panel also served as a potential clue as to how many casual Marvel fans may feel about this episode, judging by Jacobs’ reactions to the descriptions of these characters. As a newcomer to comics, her reactions to Scheer describing Asbestos Lady, U.S. 1, and Typeface were possibly the highlight of the panel. I now only hope that the episode describes my favorite obscure Marvel character, Master Pandemonium — the Avengers Villain who made a deal with the devil that left him with demon babies for hands and a portal to hell in his chest. Regardless, this panel was an absolute joy and has me believing that this docuseries could wind up being something truly special. 5/5 Marvelous Bibles.