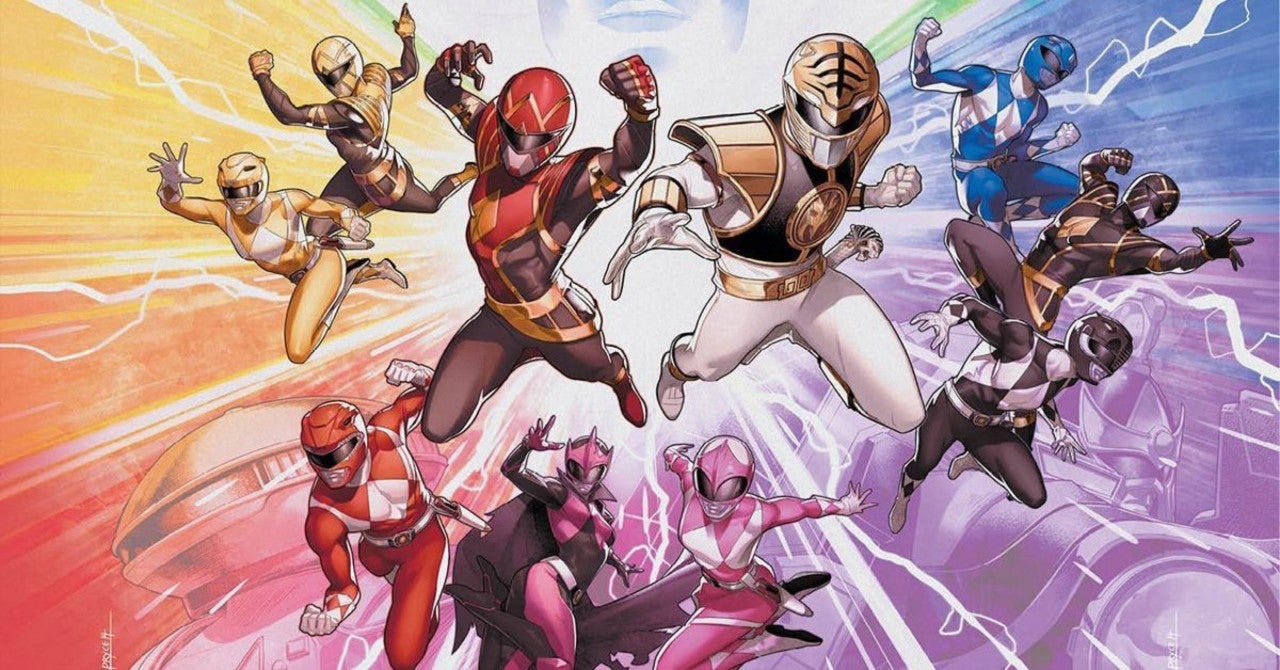 Well, I gotta say, it is weird to watch these SDCC panels from home after being at so many of the actual conventions! But… at least they still happened. And the one I’m a bout to review is all about Mighty Morphin Power Rangers, specifically the comic titles being published by BOOM! Studios.

The Comic-Con@Home group featured Ryan Parrott (Mighty Morphin, Power Rangers), Marco Renna (Power Rangers), Matthew Erman, Giuseppe Cafaro, and Francesco Segala (Power Rangers: Sins of the Future) along with Matthew Levine (editor, BOOM! Studios), Dafna Pleban (senior editor, BOOM! Studios) and Steve Cardenas (“Rocky DeSantos” on Mighty Morphin Power Rangers) and was moderated by Erin Cahill (“Jen Scotts” from Power Rangers: Time Force). While the crew got together to talk about the future of the BOOM! titles, the brunt of the panel was spent on everyone’s experience with the franchise, past and present; but once they got to the future, it really took off. We didn’t get a lot, but it was a lot. 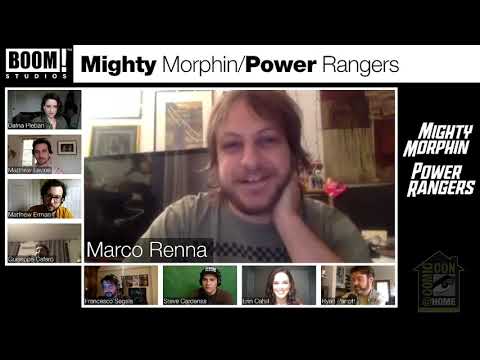 Dafna talked about the two new titles (dropping in November), Mighty Morphin and Power Rangers. While a cute play on the original title, the split has a deeper meaning. MM is going to focus on the core group of Rangers on earth, the ones we all know and love. PR is going to focus on Rangers as a whole in the expanding universe that BOOM! has given us. They want to tell “bigger and bolder” stories, while keeping with their ongoing narrative, which has been going strong since issue #0 four plus years ago.

Ryan added that Power Rangers would focus on the Omega Rangers that were introduced in Necessary Evil’s story arch, but in a new way. They have no Zordon, no mentor, no mission. They’re on their own for the first time. He compared it to going off to college and discovering a new world of possibility. The title will also explore the questions, “What does the greater universe think of power rangers? How do they deal with world shattering threats if they don’t have power rangers?” The new comics aim for exciting, completely uncharted territory. The Omega Rangers were created for BOOM! and were never in any of the established cannon before now. So.. they don’t have the show events to work around– until the Zeo era where Jason comes back (but that’s probably still a ways off). 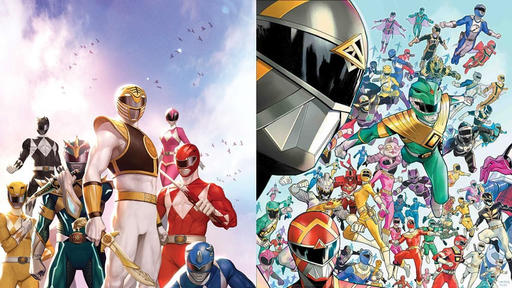 The team also teased a little more about that new green ranger we’ve been hearing about, but stopped short of giving us any real info. “He’s exactly who you expect, but also not at all who you think.” This totally fuels my prediction that it’s a reformed –but not really– Drakkon under that helmet. Part of the next arc in Mighty Morphin Power Rangers (starting in issue 52 that drops at the end of the month) is gonna be called “Enemy of My Enemy”. I mean, come on.

Levine then went on to talk about Sins of the Future, which I’d heard about, but totally forgot was a thing! It’s a follow up to Power Rangers: Time Force, which as Cardenas and Cahill point out, is one of the most popular seasons of the franchise for most fans. Levine talks about how the relationship between Wes (Time Force Red) and Jen (Time Force Pink, played by our moderator), which he calls one of the great romances of the series. It was touched on in the TV series, but this book is going to answer the question “Where did it go from there?” 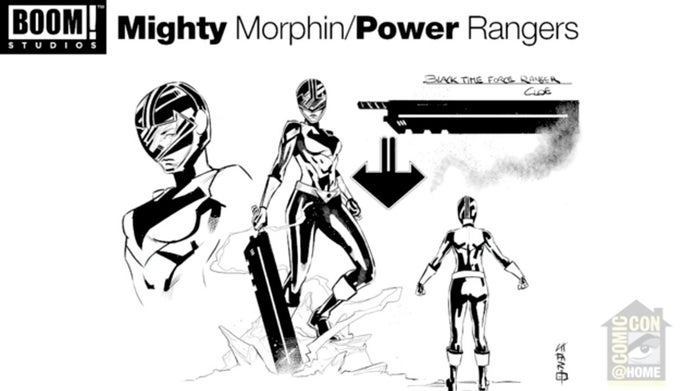 Further, Sins is going to be a time travel story that lets them navigate their relationship as well as some Doctor Who timey wimey conflicts.. all while dealing with another new and original ranger.. Time Force Black, who has an ax to grind with Wes and Jen. She (TFB is a woman) doesn’t like Jen for some reason, and wants her and Wes to know it! Levine said he was very excited to be able to focus on some under utilized rangers and season, and so I am. I love Power Rangers. Love it.

Mighty Morphin has a special place in my heart; I watched it every day as a kid; I had to own every toy (still do; check out Hasbro’s Lightning Collection), but.. it gets a lot of attention. I’m dying for some variety. Give me some Dino Charge, Dino Thunder, RPM, Ninja Storm, and yes — finally — Time Force. Reminder: Sins of the Future hits shelves in November, along with issue 1 of Mighty Morphin and Power Rangers. Cahill described it as “Christmas in November.” Put your stockings up. 4/5 Bibles.