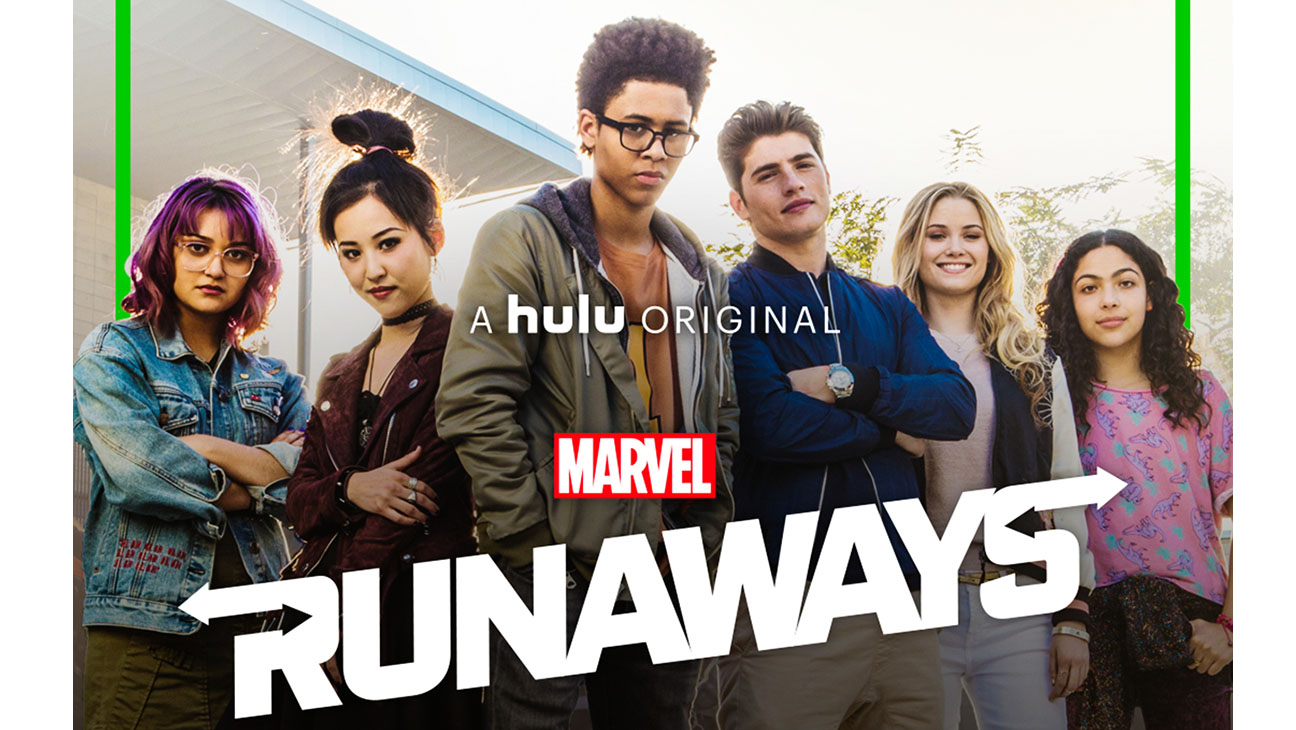 Hello my beautiful congregation! As always, we’re back with yet another new geek TV review, Marvel’s Runaways. While Marvel Television had a slight misfire with Iron Fist and a huge one with The Inhumans, the studio a home run with Runaways…

For those not in the know (and why not?) Runaways is the brainchild of writer Brian K. Vaughn and artist Adrian Alphona, about a group of teenagers who–after discovering their parents are a group of super-villains– band together to right the wrongs committed in their names. Launching over a decade ago, the comic was lauded as one of the best new aspects of Marvel Comics. Runaways had adventure, comedy, drama and characters with depth — not a hard fit to witness on the small screen.

So what do you do when you are introducing a story to a [chiefly] brand new audience? You go to a tried and true winner. In this case, you go to a tried-and-true winner–and geek! Josh Schwartz. His resume oddly has the right sensibilities and nuances (The O.C. to deliver a show full of complex characters and, unlike The Inhumans or Iron Fist, has the instinct to ensure that no one was miscast and no one’s storyline got butchered.

The episodes flow seamlessly together – yes, I know this is only about the pilot but the show is so good that by the time I finished this article I was already 4 episodes in. But why spoil all the fun Anyone who liked the dramedy stylings of The O.C. will instantly recognize that same style here; strangely enough, it blends perfectly with the series.

What confounds and confuses me is that, The Inhumans had ABC/Disney money, yet us geeks received, to be nice, cheesy CGI. Here, HULU gives us -– wait! Almost spoiled it… — pure awesomeness. You’ll love it. And like most Schwartz show, Runaways takes place in sunny California, which only adds to the aesthetic. Joining the fun are seasoned vets, James Marsters (Buffy the Vampire Slayer) and Kevin Weisman (Alias), and relative newbies, Gregg Sulkin and Virginia Gardner; better, Rhenzy Feliz (Alex Wilder) and Lyrica Okano (Nico Minoru), pop right from the pages. The casting is simply terrific.

This show only got better after the pilot, if one can believe that. And unlike some of the other more recent — albeit risky — Marvel series, Runaways starts off with a bang and doesn’t let up. 4.75/5 Bibles.