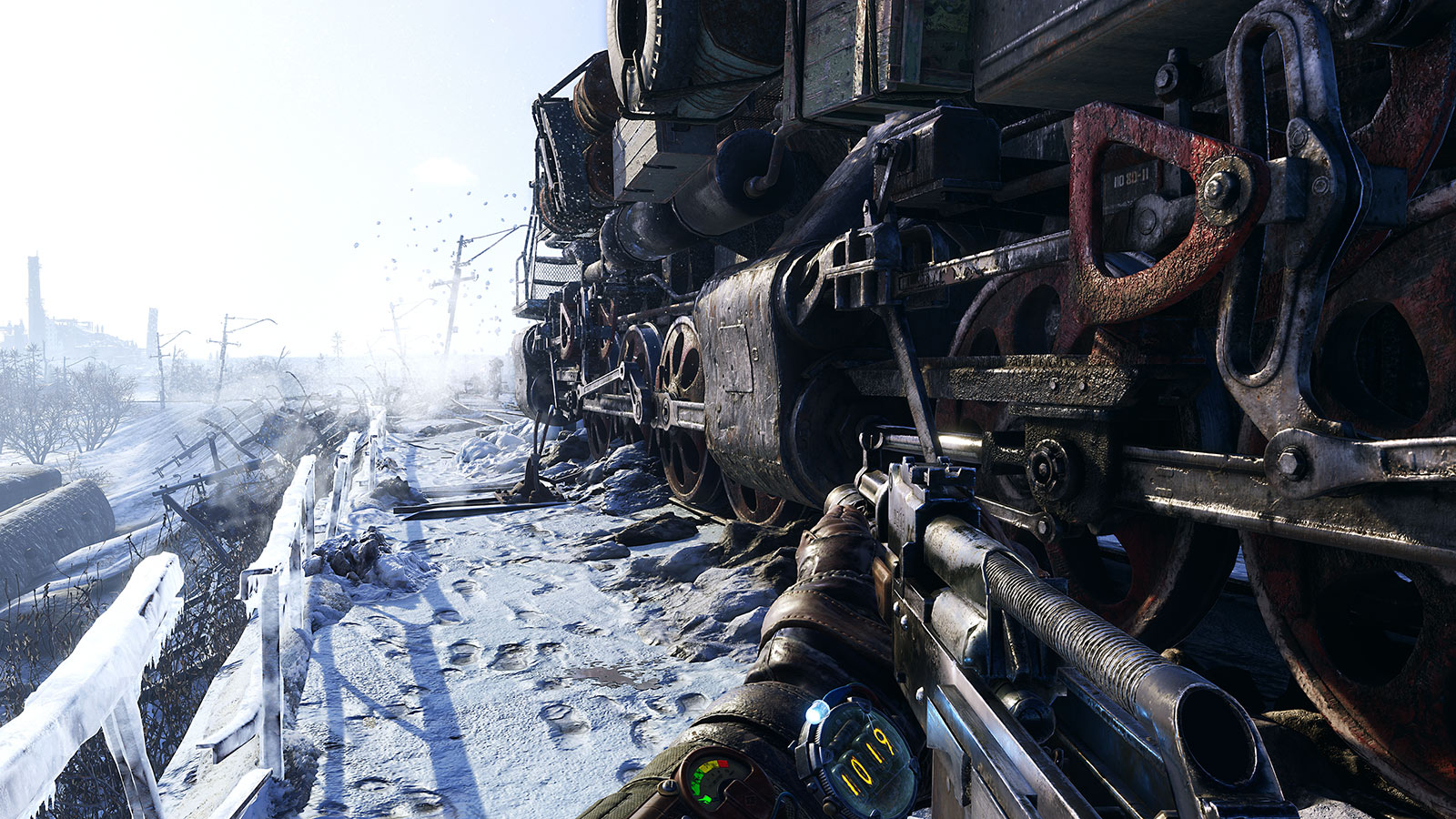 Metro Exodus had some big shoes to fill after the can of whoop ass delivered at last year’s E3. So I went into E3 2018 with Deep Silver’s post-apocalyptic survival shooter high on my list. Thankfully, I walked out of this hands-on-demo even more excited for its release.

Metro is an open-space mission world game, that will take you continent spanning while riding on your faithful roving-home-base train, Aurora. Think Snowpiercer. The hands-on demo has you play as Artyom, the star of the game. It starts on the Auroa train when you hit a roadblock that forces you and your partner to venture out into the nuclear apocalyptic wasteland looking for a way forward. From the get, you can tell the gameplay and crafting mechanics have improved drastically. No longer do you need stations to rebuild items; now it all comes ready made in a new backpack one-in-all.

As my hour of game time started I traveled the cesspool of nuclear Russia exploring bombed-out shelters and buildings, fighting off ravenous giant rat/dogs polluted with fallout and surviving near death from both the living and the undead. My demo finally landed me at a boathouse rife with hostiles from both land and sea. To get to this boathouse I had to row across a mini-swamp infested with a giant mutated crawfish that tried to capsize me for dinner. Quite a few times the sheer startle from an unexpected attack had me jumping in my seat surrounded by other press.

Once I had cleared out the boathouse–not an easy accomplishment due to the shear lack of ammo in this world–I freed a woman named Katya and her young daughter. Protecting them while we all escaped across boat docks I was finally attacked by one more much larger mutant crawdaddy who hopped in our escaping boat. Thankfully I survived to be pulled to shore by my missing compatriot and brought back to the roaming basecamp, Aurora. With that my hour was up.

After getting my hands on Exodus, the only downsides I could find were the copious amount of bugs, but those were expected since this is still a working super early beta. 4A Games’ team had me on a Xbox One X development kit running in 4K with no gamepad tuning done. The other issue that compounded the gameplay was the super long load times between deaths, so you know what that meant right? Don’t die! With plenty of time till its 2019 release, Metro Exodus has all the time to be the great it shalt be. 4/5 Mutant Rat/Dogs agree!