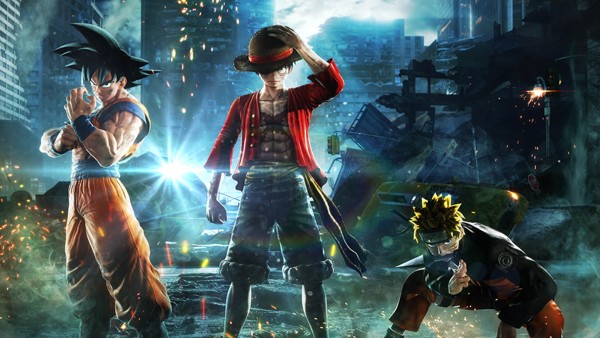 With the newest anime fighter from Bandai Namco, I got the best of both worlds at E3 2018–having, yesterday, a pair of hands-on matches at the Xbox E3 Showcase, and, today, learning more detail with a roughly 20-minute behind closed doors panel at Bandai Namco. Both got me psyched for the game.

Jump Force is a stupid name, but fun as heck; if you like super saiyan super powers exploding all over the screen in a massive 3D arena fighter, this one’s for you. This one will be for a lot of anime fans, really, since Jump Force will have fighters from multiple manga staples such as the Dragon Ball, Naruto, One Piece, Death Note (Not playable yet, but Light Yagami and Ryukand were revealed at the trailer’s end) and more — hopefully Tokyo Ghoul, Bleach, One Punch Man, Yu Yu Haksuho, and My Hero Academia. I swear this game was a fuckin’ Facebook joke of mine about potential DBfZ DLC! Nuttier, these wildly popular anime doodZ can come together license conflict free due to the game being based on the weekly Shonen Jump manga. Slick. Real slick…

The only two levels we had to choose from in this early demo were the French Alps and New York’s Times Square. As mentioned, both stages are huge.. setting the stage for more strategic thought and calculation than the more confined, hyper warp speed, super tag action of Dragon Ball FighterZ. But while the two games are different in direction, they both pack the same level of pair-up power. Team-ups are nowhere near as frequent, as least in this early impression, but the vast spaced allow for much more verticality; the Matterhorn stage sorta reminded me of an epic brawl from Final Fantasy XV, just without all the swords, weapons, and slowdown. Hi, Naruto Ultimate Ninja Storm!

The art style was told to us as a mesh of human realism and Jump manga. Stages depict intense, far less cartoony landscapes while the characters look rougher around the edges, but only slightly; of course Namco wants weebs to recognize these awesome characters without criticism. The game is a blast to play, although it’s yet to be seen how the roster, story and online play hold up. For now, 2019 is just too far away. 3.75/5 Shonen Jump Bibles.

After being on break for a few years, Soul Calibur is coming back strong. It’s a series that started out as Soul Edge, and now — 20 years later — Soul Calibur VI looks better and more over the top arcadey than ever. After getting some VIP hands-on time at Bandai Namco with my favorite character, Taki, of course, and watching a preview video, I’m excited and ready.

Xbox One X and PS4 Pro heads will love to hear that SC6 looks great in 4K, especially the game stages, has new fighting combos and an in-depth story mode; also, when your swordfigher fill up their battle gauge and you pull of string of combos, it’s similar to the rage attack in Tekken 7 — but without having to take a lot of damage to use it. Counter attacks and Guard Impact parries felt great at stopping combos; and, so goes the trend, Critical Edges are special action slow-down cutscene moves that can give you the advantage with the correct counter button. The demo host declared that this only makes the game slightly more inviting to n00bz, but Soul Cal vets shouldn’t be worried as Critical Edges and Soul Charges can only be used at critical moments of a fight. 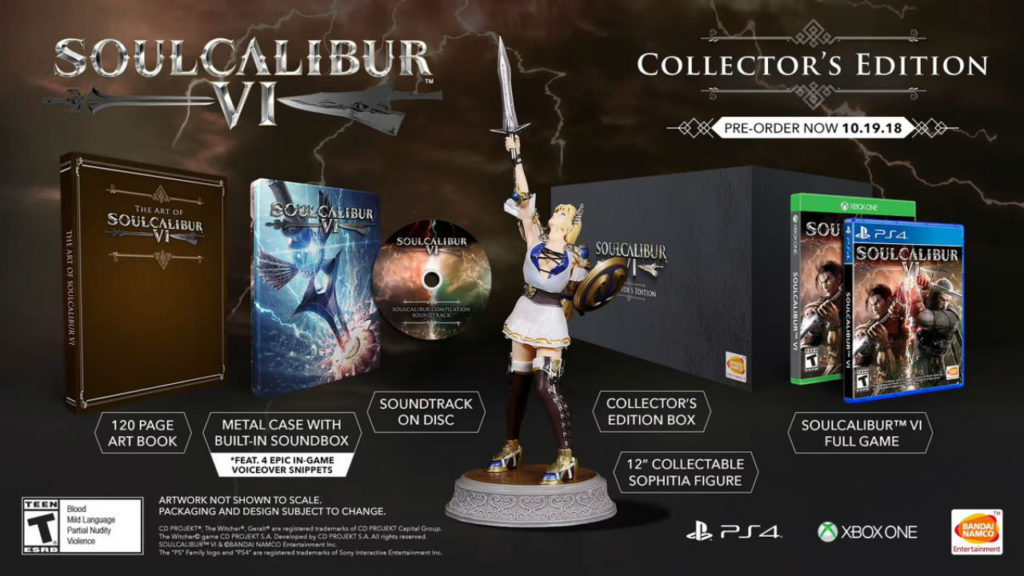 And lest we not forget that, much like past installments when we had special bonus characters like Link, Spawn and Kratos, this time around we’re equiped with fan favorite Geralt of Rivia, also voiced by the game’s same actor Doug Cockle. Hopefully there’ll be a few more surprises in store for what appears to be the top contender for Fight Game of the Year. 4.75/5 Bibles.

Be sure to look out for Bandai Namco’s Soul Calibur VI on October 19th, 2018.