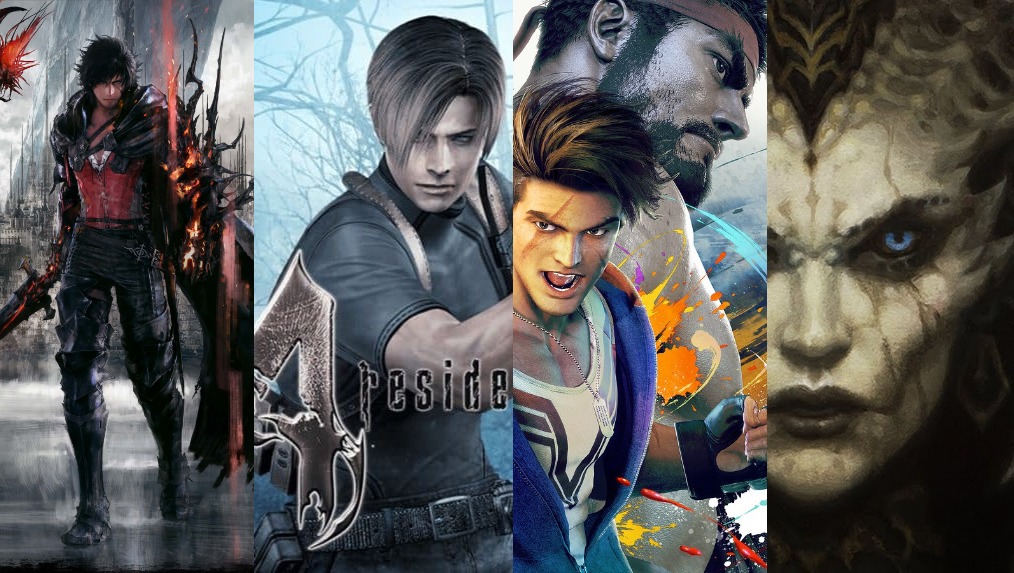 Seeing how E3 died (then was recently resurrected by the ESA for live and digital action in 2023) and there were only four true video game “press conferences” this year — PlayStation’s State of Play, Geoff Keighley’s Summer Game Fest, IGN’s Summer of Gaming, and, of course, the Xbox/Bethesda Showcase — I didn’t think I’d bother covering any gaming stuff this June.

I mean… why bother? 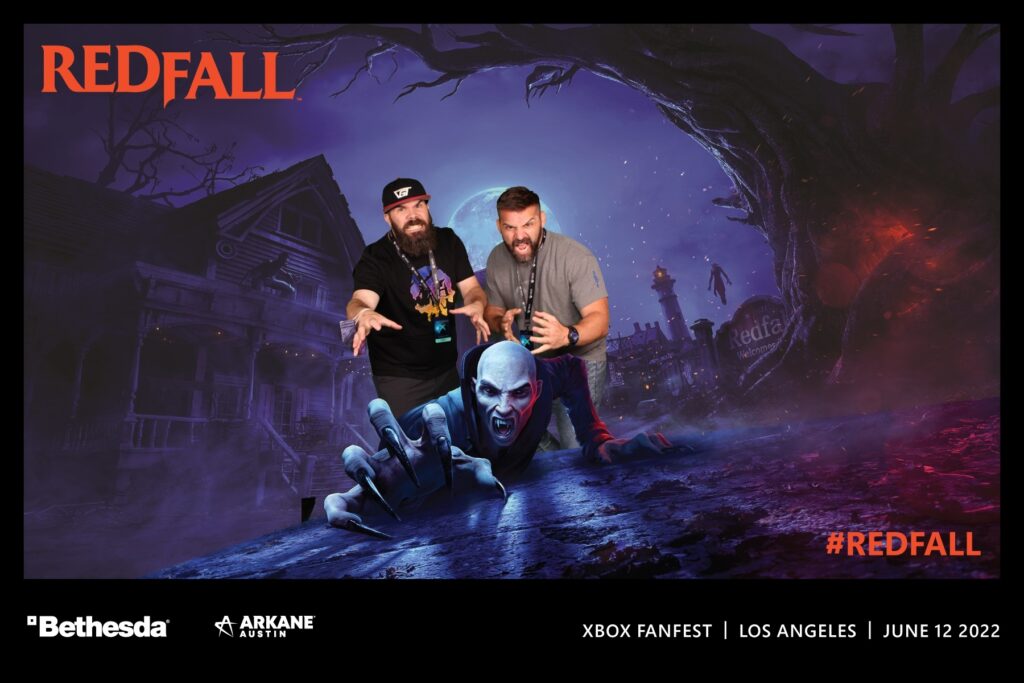 But, thanks to the Video Game Trooper himself, fellow GHGer Patrick Obloy (and his wife, Sarah, for not being able to attend *insert cry laugh emoji*), your boy’s enthusiasm for the next year (or three) in gaming has certainly leveled up with a fun stay yesterday at the Xbox Fan Fest. But, no Nintendo Direct from the godfathers of this whole digital showcase mess?!?? Wild.

Regardless, here are my personal top video game reveals/trailers of the summer “E3” season:

25. MINECRAFT LEGENDS (Mojang Studios/Xbox Game Studios – Xbox Series, Xbox One, PC – 2023) – I’m not a Minecraft guy. That said, you can’t disrespect a franchise that Microsoft paid 2.5 billion for– with excitement from plenty of folks at Fan Fest. Legends is a real time strategy spin-off, too.

24. ARK 2 (Studio Wildcard – Xbox Series, PC – 2023) – This one is intriguing as hell. Of course the Vin Diesel appearance got a chuckle or two from the Fan Fest audience! Otherwise, Ark 2 soars with impressive Unreal 5 dino-combat. Not sure I have the patience for craft-survival (I barely touched that element in one of my fav games of all time, Fallout 4), but everything else looks fun. We’ll see.

23. EREBAN: SHADOW LEGACY (Baby Riot Games/Raw Fury – Xbox Series, PC – 2023) – Sometimes, going the stealth route can be a true kick in the pants. Thankfully Microsoft’s friends over at Baby Riot recognize this and make our titular hero the shadow! Toss in some stellar cell-shaded, robo-apocalyptic vibes and crisp, cyber-cut-em-up combat and this could wind up one of next year’s dopest dark horses.

22. ALIENS: DARK DESCENT (Tindalos Interactive/Focus Interactive/20th Century Studios – PS5, PS4, Xbox Series, Xbox One, PC – 2023) – Since it’s an Aliens game and not an Alien one, expect more James Cameron-spun action. Pulse rifles and smart guns return and have motion-trackers, and — thank god! — because there will be far larger hordes of Xenomorphs. Maybe the game isn’t over for the Alien series, man.

21. FLINTLOCK: THE SIEGE OF DAWN (A44 Games/Kepler Interactive – PS5, PS4, Xbox Series, Xbox One, PC – 2023) – Ashen was a major hit in 2018 and this is that team’s follow-up. It looks dope. Fans of Assassin’s Creed Origins and the Horizon series shouldn’t shy away from this potential God Butcher.

20. FORT SOLIS (Fallen Leaf Studios – PC – N/A) – SO. MUCH. SCI-FI. SURVIVAL HORROR. But this one caught attention at Summer Game Fest due to its surprising star power in Troy Baker and Roger Clark. If they believe in Fallen Leaf Studios who pitched this title as sort of a “Dead Space meets Moon“, why shouldn’t we?

18. DNF DUEL (Nexon/Arc System Works – PS5, PS4, PC – June 28, 2022) – Since IGN’s Summer of Gaming focuses in on games that fly under the radar, maybe you missed that Arc System Works moves faster than imagined! While we’re still not done with Guilty Gear Strive (right?), this pret-ty similar anime brawler pops in as quite the surprise. While I never heard of the 16-year Dungeon and Fighter RPG series (again, right?), the Awakening signatures and steampunky stage designs bring back more of that ASW GG goodness.

16. WO LONG: FALLEN DESTINY (Team Ninja/Koei Tecmo – Xbox Series, PC – 2023) – The only thing keeping Wo Long lower on this list is how damn hard Nioh was. Tecmo’s samurai adventures were unfair as it is, and then you add Bloodborne producer Masaaki Yamajiwa. Eh. And I couldn’t have been the only one at Fan Fest initially confusing this one with the 16th Century Chinese monkey-warrior RPG adventure, Black Myth: Wukong, right?

14. A PLAGUE TALE: REQUIEM (Focus Ent/Asobo Studio – PS5, Xbox Series, Nintendo Switch, PC – 2022) – It’s the follow-up to the sickly-overlooked A Plague Tale: Innocence, with even more of the rats the title is known for. But our bro ‘n sis protagonists will sneak around a more vibrant colony of France, exploring under more optimistic measures than in their last quest.

13. HOLLOW KNIGHT: SILKSONG (Team Cherry – Xbox Series, PC – 2023) – Hunt! Survive! Vanquish! This will wind up the little game that could. Since the team from Ori is taking a break, this metroidvania is sure to fill all those voids missing in your platforming life.

12. GOTHAM KNIGHTS (WB Games Montreal/WBIE – PS5, Xbox Series, PC – October 25, 2022) – Don’t worry; the game has more or less nothing to do with the shitty-looking CW show. Another smart move by WB Games: the newest trailer focuses on Nightwing, arguably the biggest fan favorite of Batman’s fearless foursome. Arkam Origins had super awesome boss battles, so I wouldn’t count this one out yet.

11. MARVEL’S MIDNIGHT SUNS (Firaxis Games/2K Interactive – PS5, PS4, Xbox Series, Xbox One, Nintendo Switch, PC – October 7, 2022) – Spidey winds up on the Xbox, after all! Thankfully, this Marvel title is exclusive-free and coming out this year. Doesn’t hurt that Firaxis is among the best devs in the strategy atmosphere. There’s even a “Fire Emblem: Three Houses” feel to The Abbey — a fully explorable hub where your created Hunter can craft items and hang out with all the other Super Friends in between your intense, card-based combat missions.

10. THE LAST OF US, PART 1 REMAKE (Naughty Dog/Sony Interactive – PS5 – September 2, 2022) – If you never played the original on PS3 or PS4, there’s no better time than now. I’m legally restricted from saying any more.

9. REDFALL (Arkane Austin/Bethesda Softworks – Xbox Series, PC – 2023) – This looks like the most fun game of the showcase. And if you played Deathloop, then there should be zero doubt in Arkane’s shoot-to-thrill capabilities despite years of shadowy stealth in Dishonored.

8. OVERWATCH 2 (Blizzard Entertainment – PS5, PS4, Xbox Series, Xbox One, PC – October 4, 2022) – The once biggest game in the world is getting a sequel 6.5 years later (at least in “early access”0, and — despite not being an Overwatch fan per se — I couldn’t help but be blown away by this trailer. PVP is also F2P, so why not download it?

5. FORZA MOTORSPORT (Turn 10/Xbox Game Studios – Xbox Series, PC – Spring 2023) – If this was a selfish list, this would be #2, but we still have to wait a bit for before Turn 10 gears this one up for Spring. Microsoft Flight Simulator aside, this was arguably the most visually striking game at the Xbox Showcase, and spotlighting the F1 popularity boom was a brilliant move, too. Every race receives the dynamic day/night/weather treatment and everything in the game has real-time raytracing. Vroom.

4. DIABLO IV (Blizzard Entertainment – PS5, PS4, Xbox Series, Xbox One, PC – 2023) – I definitely popped for this one. Despite not closing the deal just yet with Blizzard, Xbox didn’t hesitate to deep dive in this one, especially with old friend Rod Ferguson at the helm. As a longtime Gears guy, there’s no lack of faith in Diablo 4 on my end. The Necromancer is a much-welcomed fifth class, environments are super pleasing for the isometric eye, combat feels heavier than ever, and there are 150 dungeons, any of which you can play solo or with/against friends on the couch or online, including crossplay.

3. STREET FIGHTER 6 (Capcom – PS5, PS4, Xbox Series, PC – 2023) – With Capcom still supporting Street Fighter V as of this article, the launch of another Street Fighter comes as a bit of a surprise. Even more stirring, however, are the features! There’s Real Time Commentary (although, I can’t say I’m a fan of the English play-by-play by Jeremy “Vicious” Lopez in the new trailer; maybe it’s because I don’t watch enough eSports?).

There’s an all-new Game Face Feature, which allows players to alter their fighter’s facial animations during the match-up screen. Capcom also hip-tosses in the option to battle with the classic 6-button control layout or a modern Smash Bros-inspired set-up with special moves being executed by the simple press of a button and directional pad. But above all else is the startling inclusion of a free roam single player mode called World Tour.

2. RESIDENT EVIL 4 REMAKE (Capcom – PS5, Xbox Series, PC – March 24, 2023) – If it wasn’t a remake this would be #1. While far from the scariest, Res 4 is arguably the best Resident Evil game and a remake of it even has this lukewarm R.E. fan shaking in mah boots. I’m def all for more action than the survival horror of the first two games– which arguably needed more of the remake treatment than this one. Still, there’s no sleeping on one of the 2023’s early frontrunners for GOTY.

1. STARFIELD (Bethesda Game Studios/Softworks – Xbox Series, PC – 2023) – As we can see from today’s responses that your mileage may vary. How much do you love No Man’s Sky? Do you own an Xbox Series X/S or plan to? Do you love Fallout? Diehard Elder Scrolls fan? Miss the humor of The Outer Worlds? Overlooking the fact that we barely saw 1% of everything that God Howard and company have in store for us with Starfield?

Wild, and maybe it’s because I was with a bunch of like-minded Xbox/Bethesda diehards at Fan Fest yesterday, but Bethesda’s Starfield gameplay reveal and trailer was among the very best E3 presentations I’ve ever seen: 1.) Ship, base and crew creation; yes, you can create your own Razor Crest-type ship and fly it and get into intergalactic dogfights, 2.) Detailed character creation and skill system; yes, you can pretty much make your own Han Solo, Mando or Bo-Katan, 3.) Intense combat; yes, you can blow pirates up with their own jetpack, 4.)  Starfield has over 100 galaxies to explore and 1000 (!!) planets to scan, battle, and takeover. GEESH.