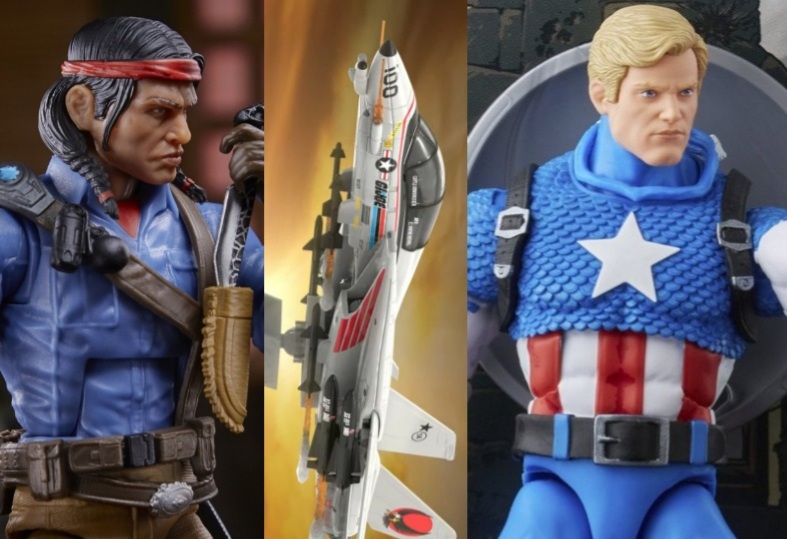 Now that Hasbro PulseCon 2021 has come and gone (kinda lame, right? Like.. where the hell do us Toy Dorks go from here!?!?), I decided to cough up a personal Top 10 list of toy reveals from the weekend. Mind you, I don’t collect Fortnite or Power Rangers or Ghostbusters, and, trust me, my wallet thanks me; so I apologize if I’m missing anything you adored from the Con. 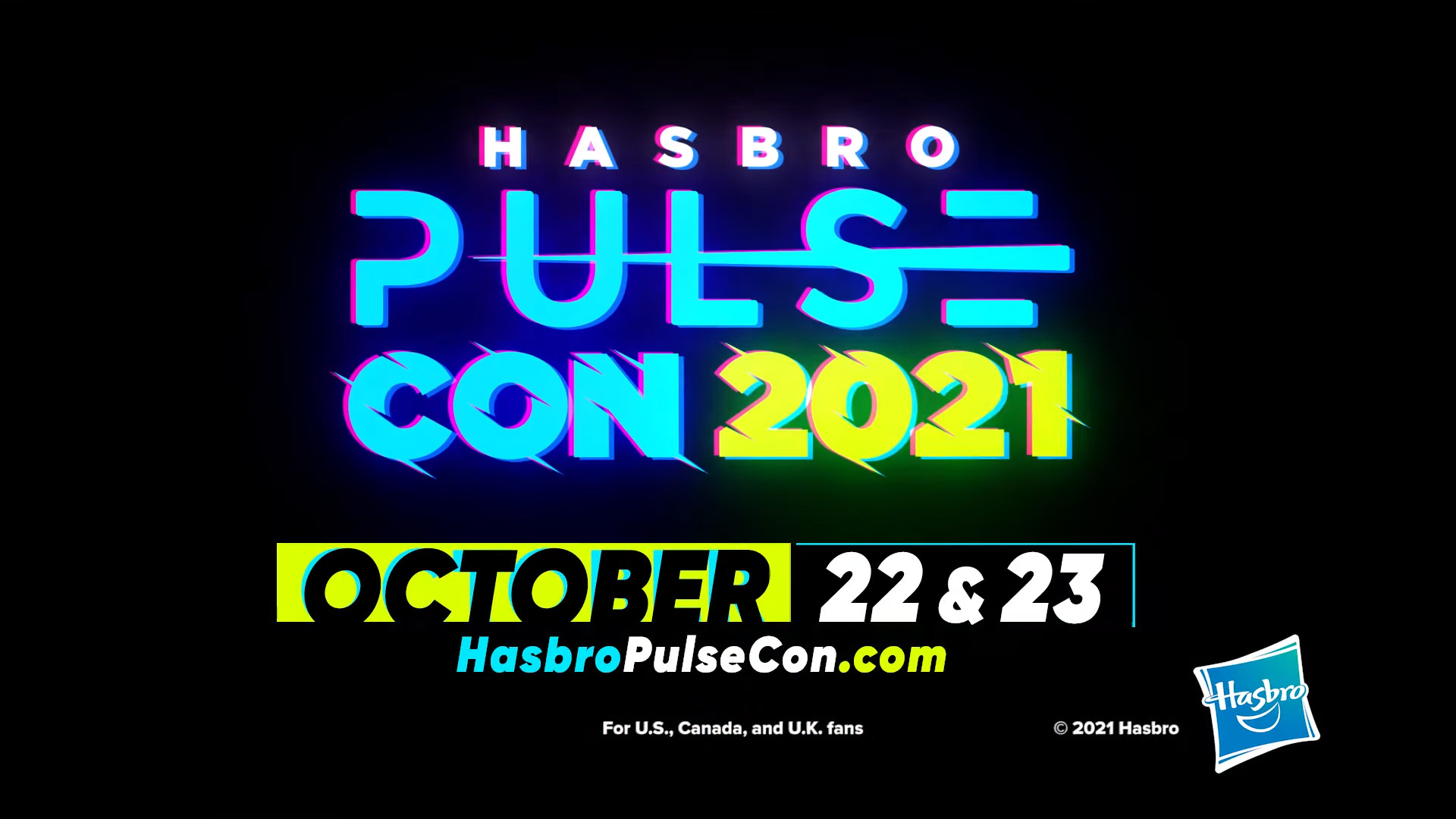 Also, I’m a mega Transformers fan going through a.. well.. transition with collecting the line (just as I believe they are), so I didn’t pick anything up from Legacy. I’m stock full of War For Cybertron (with more than a few on the way), so that and the 86′ line will have to hold that robot space down for now. Also, major P.S. — This list doesn’t count the Convention Exclusives revealed prior (i.e. Ravage, Color-Changing Zartan, Animated Series Venom, etc.).

Gotta agree with my ATKM Conquest Co-Pilot KJ on this one: the forthcoming Cobra Battle Android Trooper is a beauty! While the only Joe figure shown off on Sunday to not get a pre-order (or even a release date), this reveal was absolutely how you start a big toy panel… 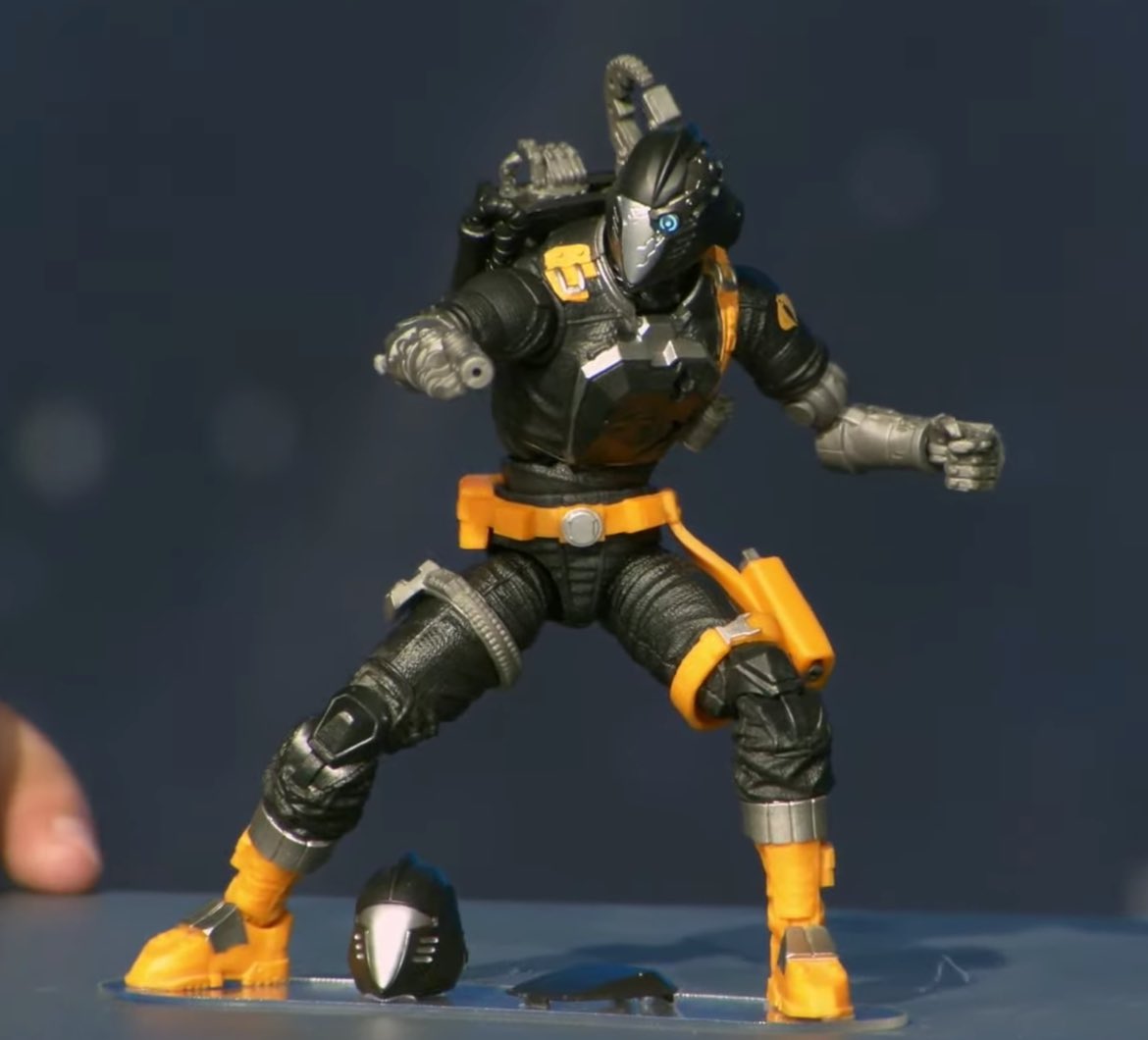 And, hell, I immediately canceled my third Ultimate R.A.H.-inspired B.A.T. from Super7 when thoughts of having 4 or more of these (at $33 less per droid) rang true and vibrant through my own chrome Dome. – 5/5

While our friends over at WOJM (WhatsOnJoeMind?) had accurate facts when it came to pre-PulseCon Joe leaks, not even they could have predicted the return of the o-ring! Does this mean that the recent “Retro” line of Joes is gonna take a backseat in the cockpit to the O-G.I. designs of 1982? Is Hasbro tossing aside the Walmart Exclusive Retro Joes we see (mostly) coughing up space on pegs.. that many diehards can’t stop comparing to the 25th Anniversary? You’d imagine so. 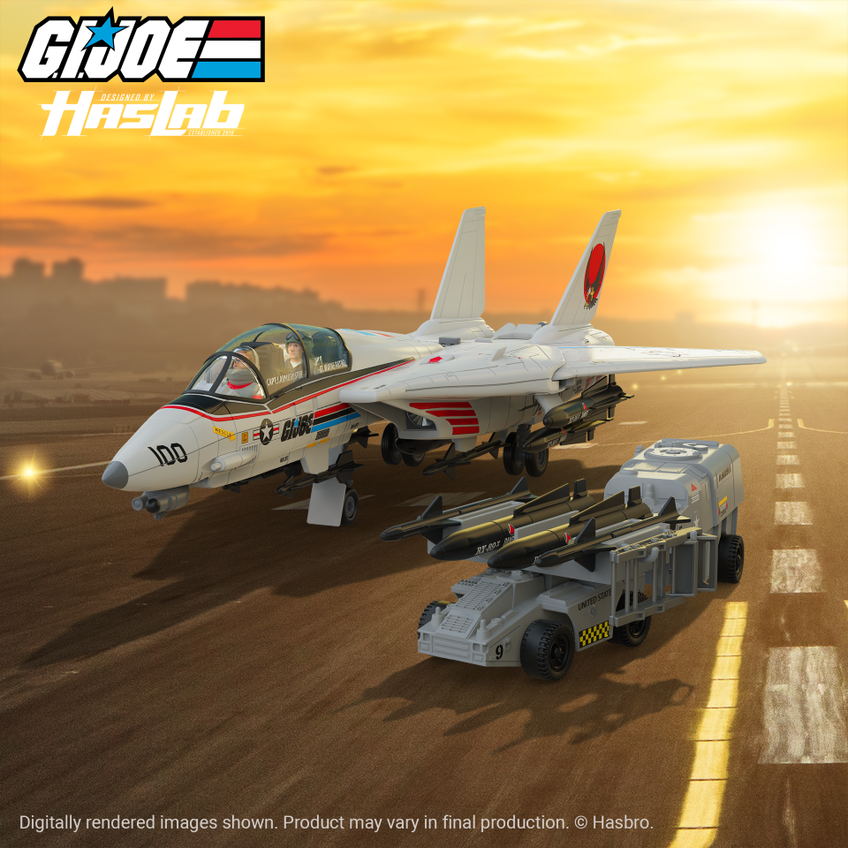 Moreover, it’s well beyond time for a Joe HasLab, even if this one isn’t quite “Classified”. Despite my die-hard thirst for everything Classified, a Retro Skystriker works for me in two ways, albeit ever so dangerously: 1.) I only collect vehicles from the current Retro line anyway… butttt… oh shittt… 2.) Yeah, yeah, I also picked up the Pulse-Only 2-pack of o-ring Snake Eyes and Storm Shadow (I know.. I’m screwed). But I immediately backed the Lab, even before they revealed the 4 additional action figure stretch goals (o-ring flight suit Scarlett, o-ring Night Watch Ripcord, and 2 o-ring Pit Crew members to join the o-ring Skystriker pilots, Ace and Wayne Ruthel). 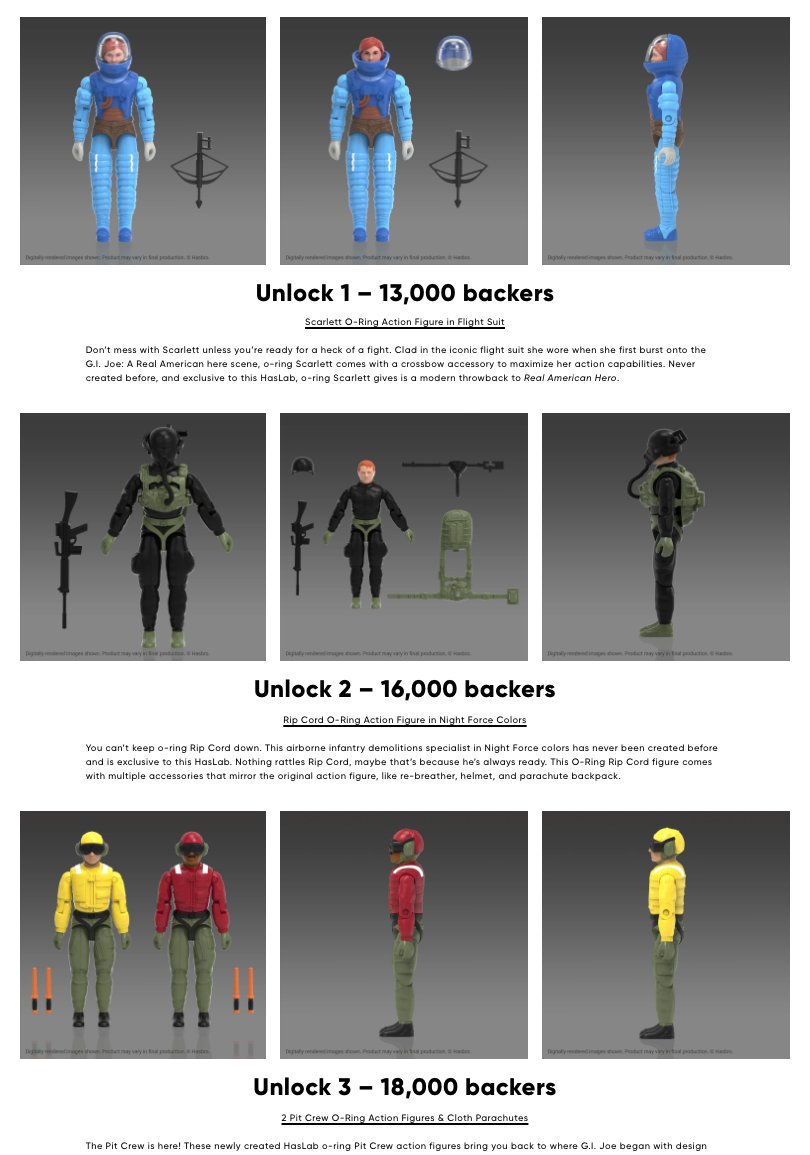 Oh, everyone knows I’m a massive Joe simp, and, sure, I could basically jot their whole damn panel here on this list. But that wouldn’t be fun, so here is the one segment during the 2-hour marathon long Marvel Legends thing that felt noteworthy: the reveal of 90s X-Men animated series Wolverine and Jubilee! 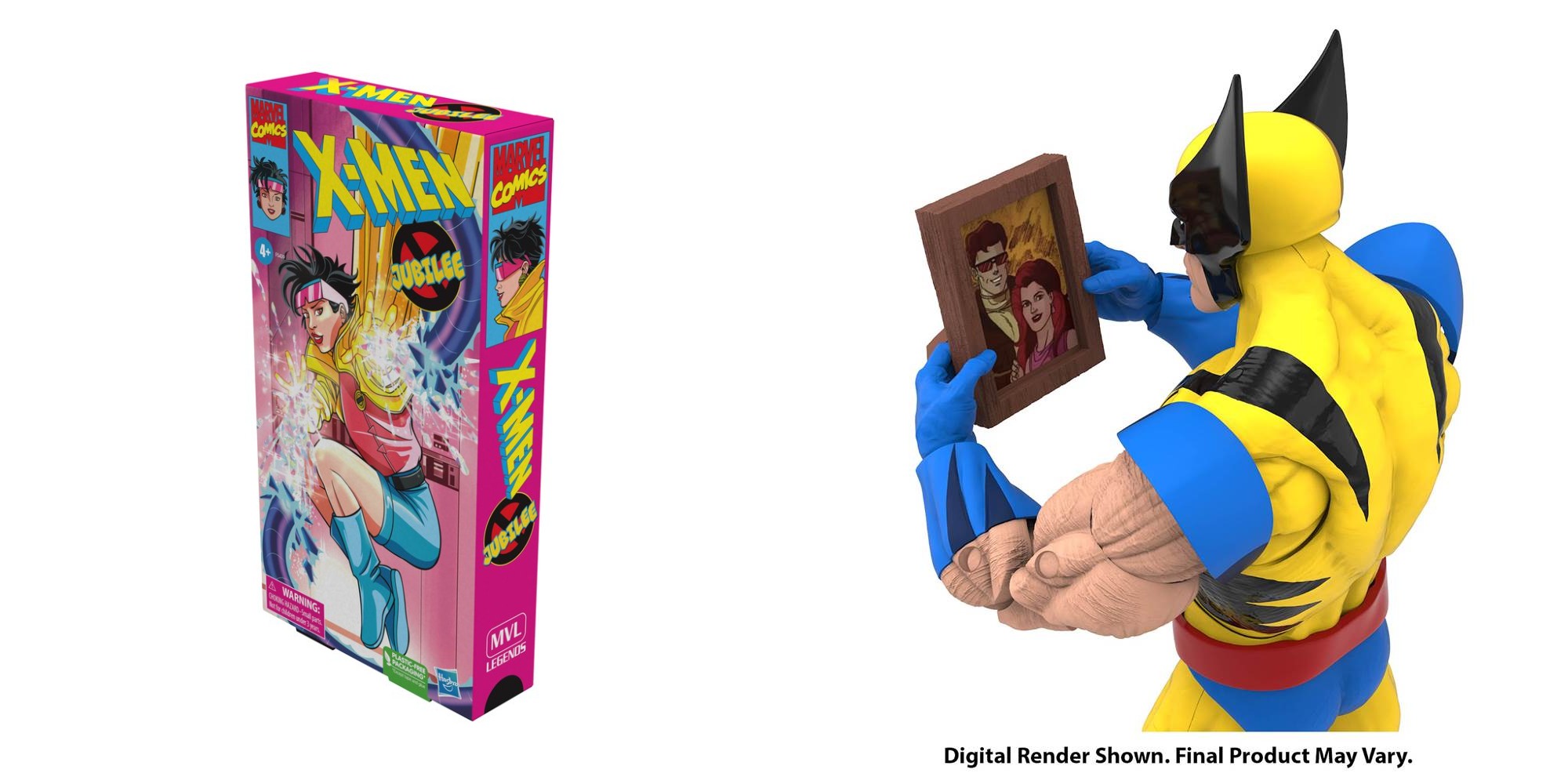 The VHS-inspired boxes is everything, and both figures look spot-on to the cartoon. Looks like it’s time to dust off that old tape player and get to playin’. – 4.5-4.75/5

As many diehard Joe fans know, the road to bring Spirit back to the line was likely not an easy one. Hasbro brought in Taboo (of Black Eyed Peas fame), a clear fan of the property who also represents the indigenous people. It was a nice, hell, the right way to present Spirit to the current audience and modern line of Joes… 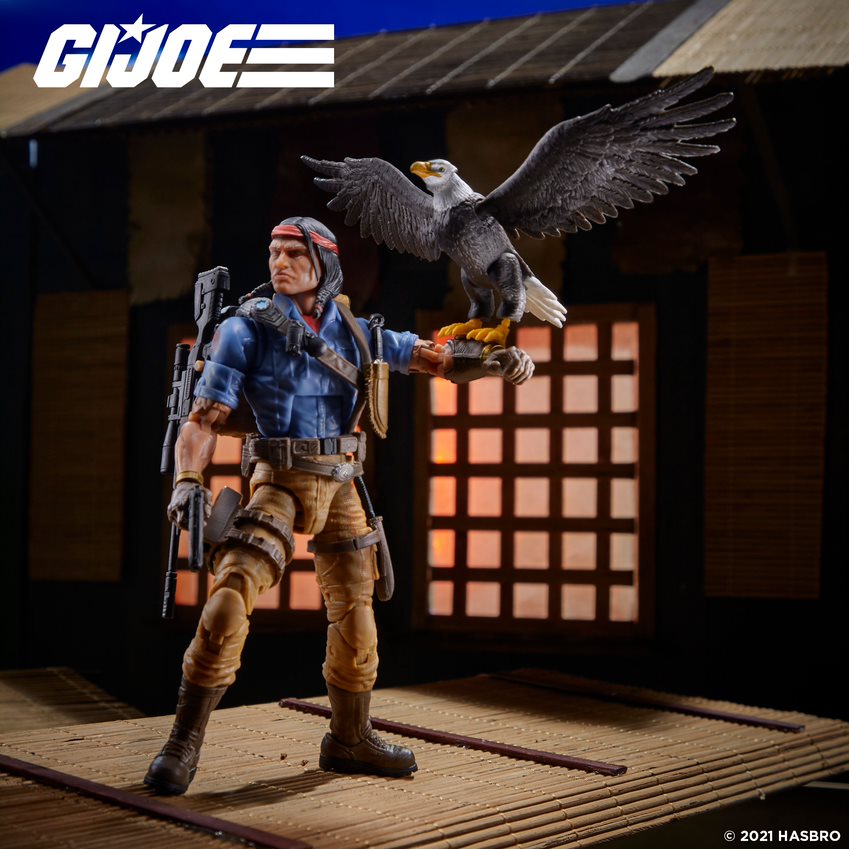 Best of all for fellow diehard fans of Classified? This Iron-Knife slaps. Or should I say, “snipes”. Great face sculpt, incredible rustic deco (with classic blues), 2 blades, a pistol, realistic woodgrain Sniper rifle and — best of all — his trust, now articulated eagle, Freedom. – 4.5-4.75/5

Ah! So there is plenty of angst (and even MEME’s) over the “Deluxe” pricing of our friend who bodied Boba’s armor, but damn that photoreal face-scan of Timothy Olyphant… 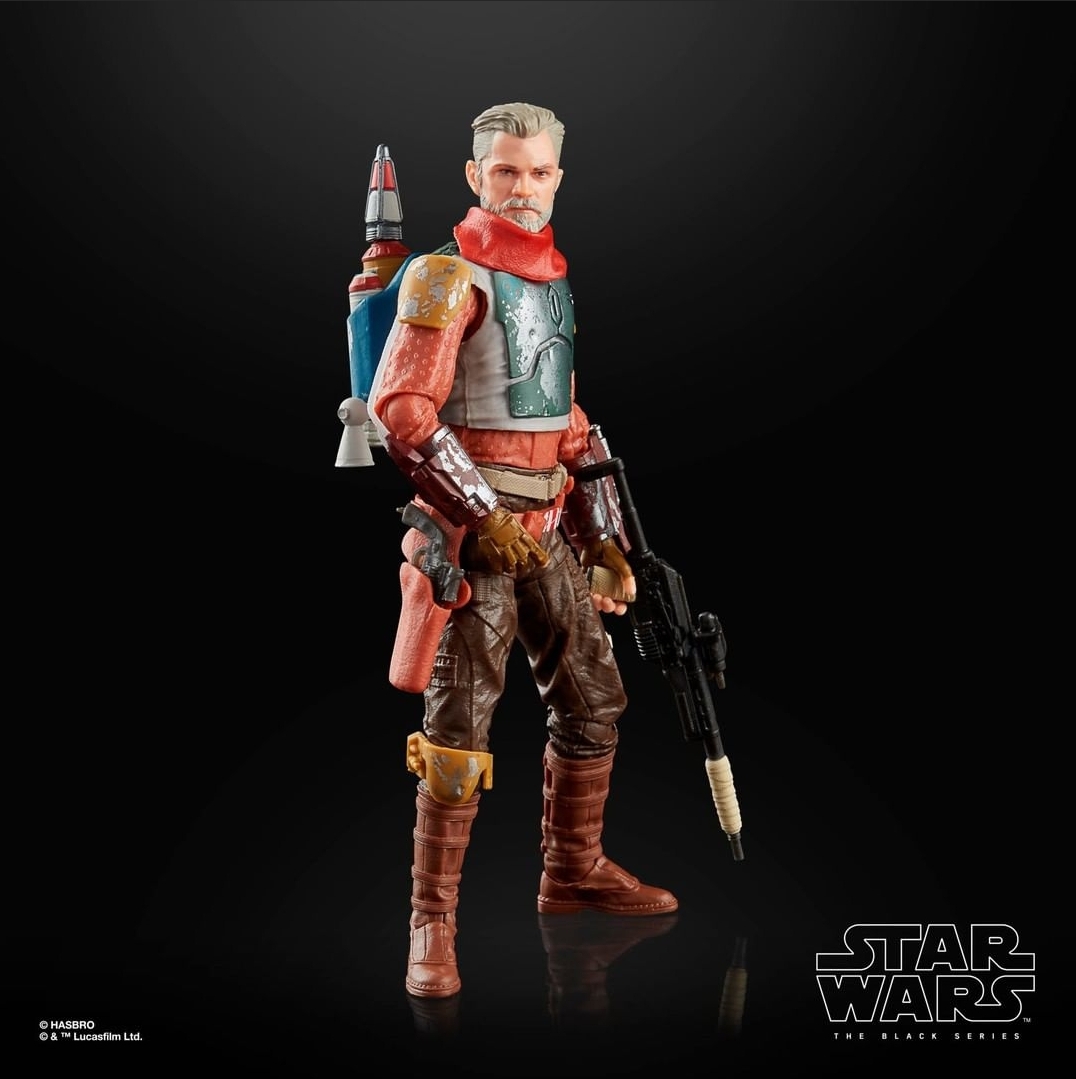 …is Justified. This figure is so good that I’m willing to shell out the extra 9 bucks for something done right. When scans are bad on $22 buck figs, I wind up fiendin’ for a SH Fig or Mezco/Mafex alternative anyway. – 4.5/5

Another handsome, grizzled man ready for war, Stuart Selkirk is still available for pre-order from Target. Yes, your eyes are not failing you; all 3 of the next Target Exclusive Classified figures — Outback, Python Patrol B.A.T. and Viper — are still up. 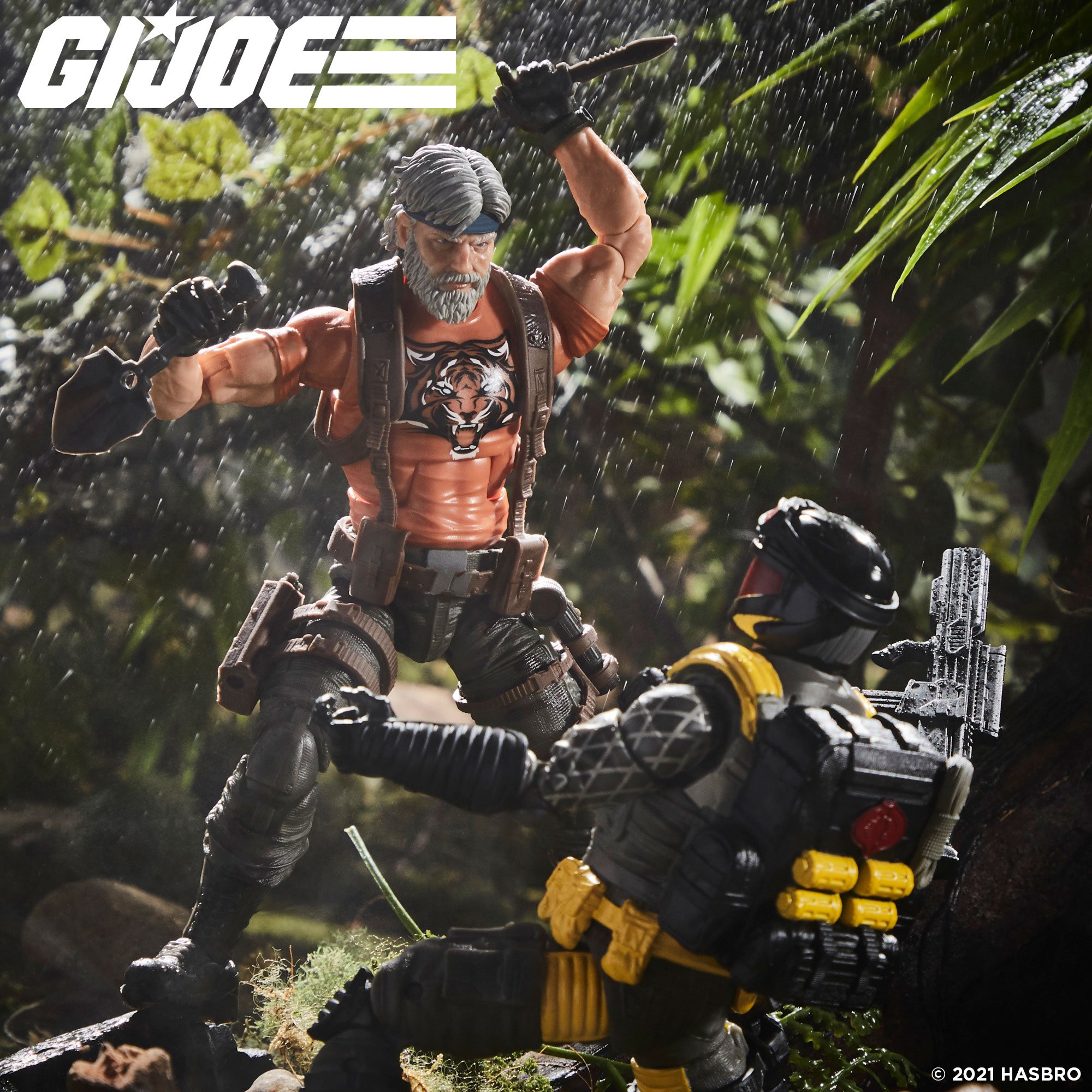 No selling out in seconds. No bots (minus the B.A.T.). No avoiding the controversy. Panel host Emily addressed the big box dilemma swiftly and here we are. And very Solid SnakeISH Joe survivalist arguably looks best of bunch. Exciting times, indeed. – 4.25-4.5/5

Oh, more Joe. Sorrynotsorry. The second of two ties on my list. Zero apologies. I love these both for two different reasons; Croc is a seemingly real Deluxe action figure, coming with his trusty gator that takes up the length of the big-boy packaging! Fiona is a fully-articulated pet with plenty of power and a wire-bendy tail. 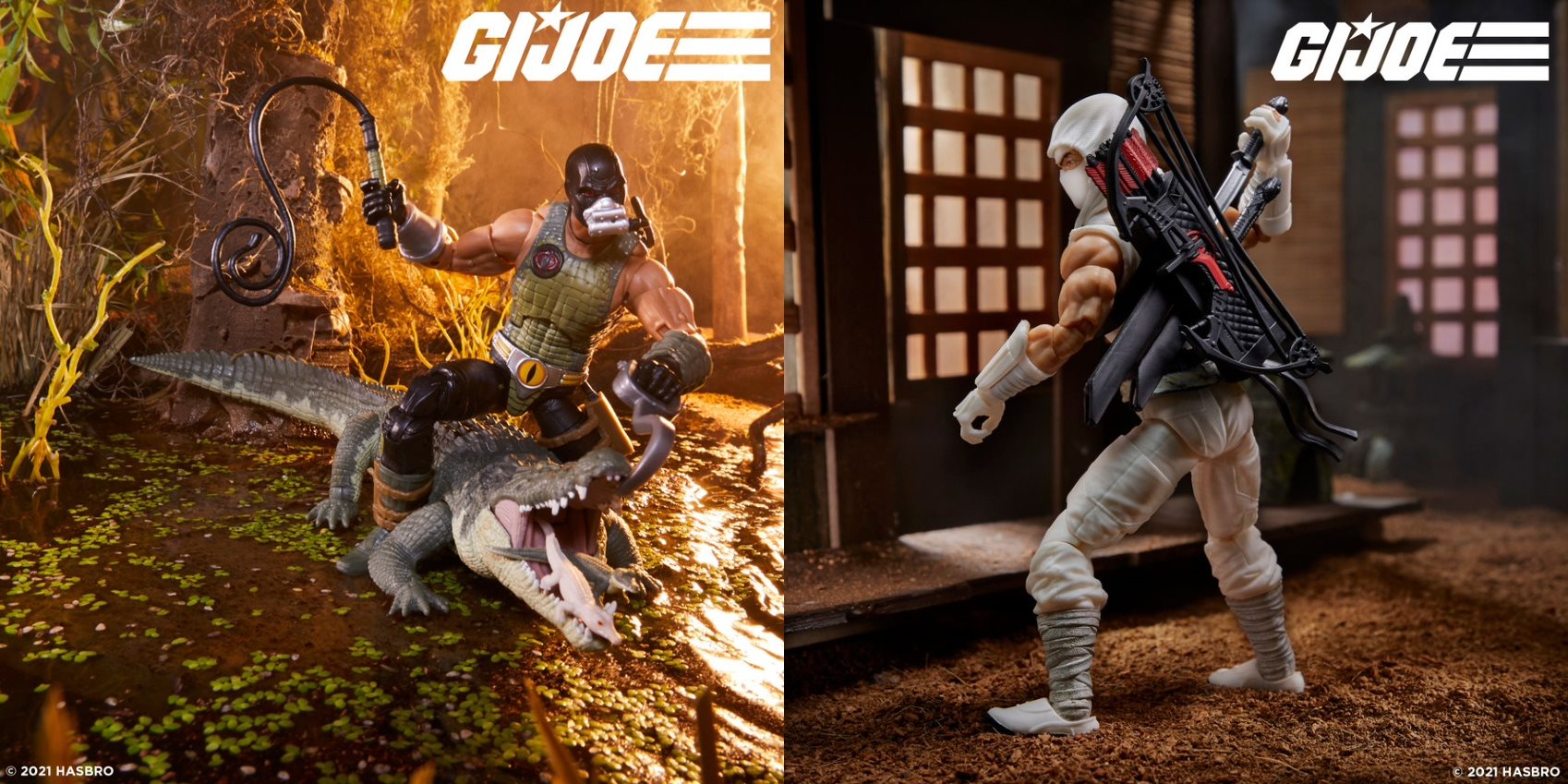 On the other side of the table is the Storm Shadow nearly every Classified fan has wanted ever since Deluxe 00 Snake Eyes was shown off. I selfishly wanted that teased modern take (“Yakuza Sub-Zero Shadow”) on my favorite Cobra/Joe because I recently purchased the infamous Articulated Icons White Ninja, who’s been a more than serviceable stand-in up to this point. But nah. Me needs da real one. – 4.25-4.5/5

Great face-sculpt! This re-released fig is light years better than Sebastian Stan Bucky, so much so that I’m thinking of customizing that Disney+ disappointment into a Joe (see @BlackGenghis‘ take on his Sebastian Grand Slam for evidence!). 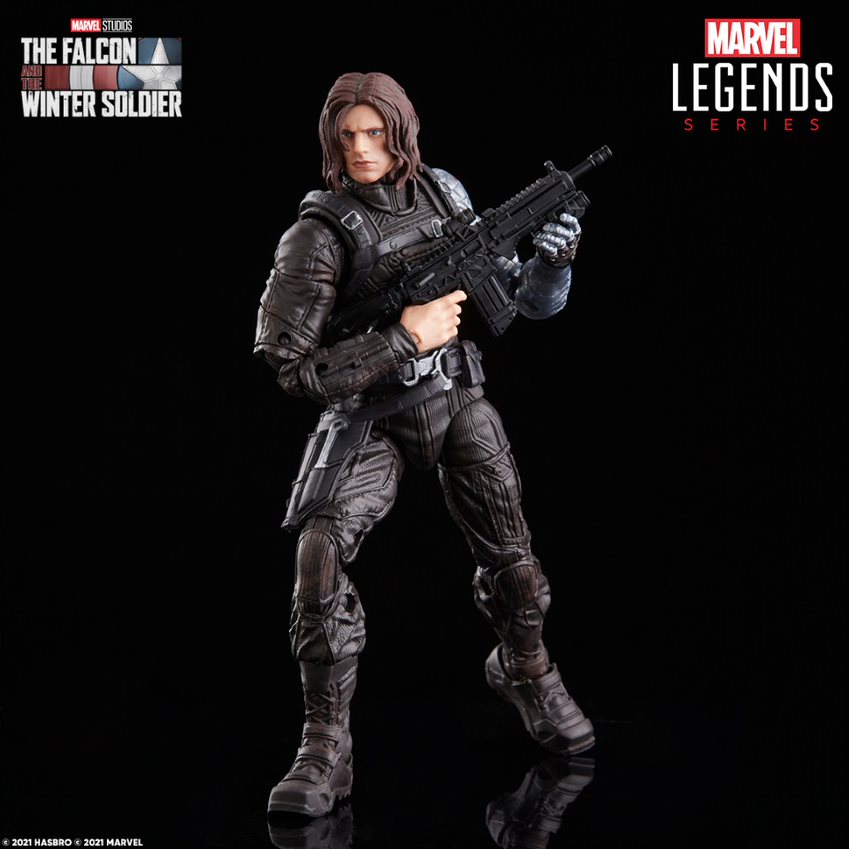 Two HasLabs so good I’m tempted to ditch my previously purchased HasLab Razor Crest just to “fund” at least one of these. More importantly, I’ll need the room. This monster doesn’t come without his share of controversies, though. Hasbro should have revealed all of their stretch goals, especially since the Rancor is just about half the size (in standard-posed height) than the Sentinel and Galactus. Being a monster, he also comes with a whole lot less accessories. I bashed the price of the Mezco Godzilla, but dude so far (without the stretches) is pretty (wait for it) bare-bones in comparison… 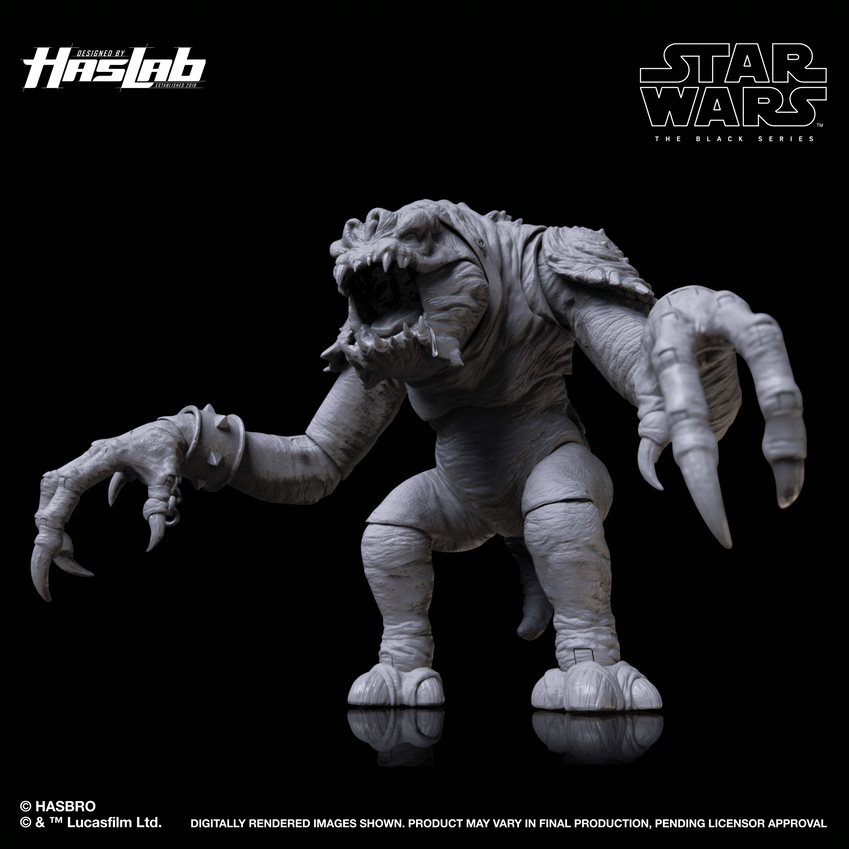 Why fund it? Because I’m a Star Wars diehard (aka Simp) and I’ll pretty much fund anything SW HasLab at this point, and with all the possible goals (Luke, “Slave” Leia, Malakili the keeper, Oola the Twi’lek dancer.. etc.), the clenched teeth are salivating too. – 4-4.25/5

This figure would’ve been plenty higher on the list if not for the fact that Hasbro already revealed this one ahead of time. What also made the reveal a touch more disappointing is not even showing us a glimpse of 20th Anniversary Hulk, Toad (or the rumored Thor/Magneto). And most fans who already picked up the 80th Iron Man don’t seem to need the 20th. 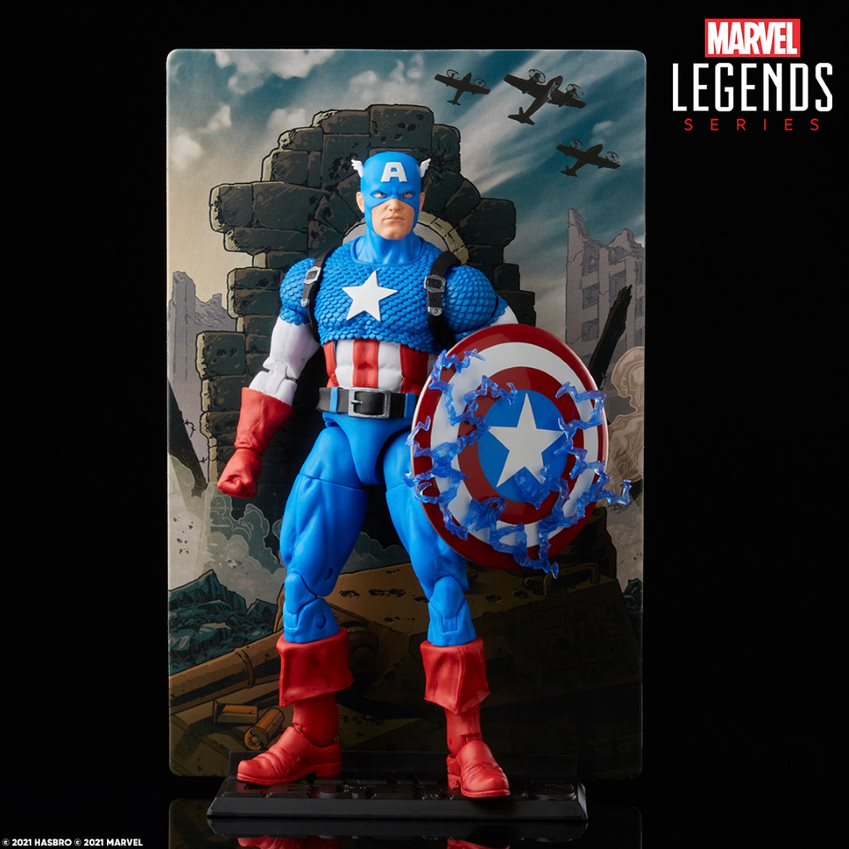 Otherwise, the ToyBiz-inspired Cap is an awesome piece that comes with a super Steve facesculpt and plenty of cool accessories, bullet-ridden shield and all. – 4/5