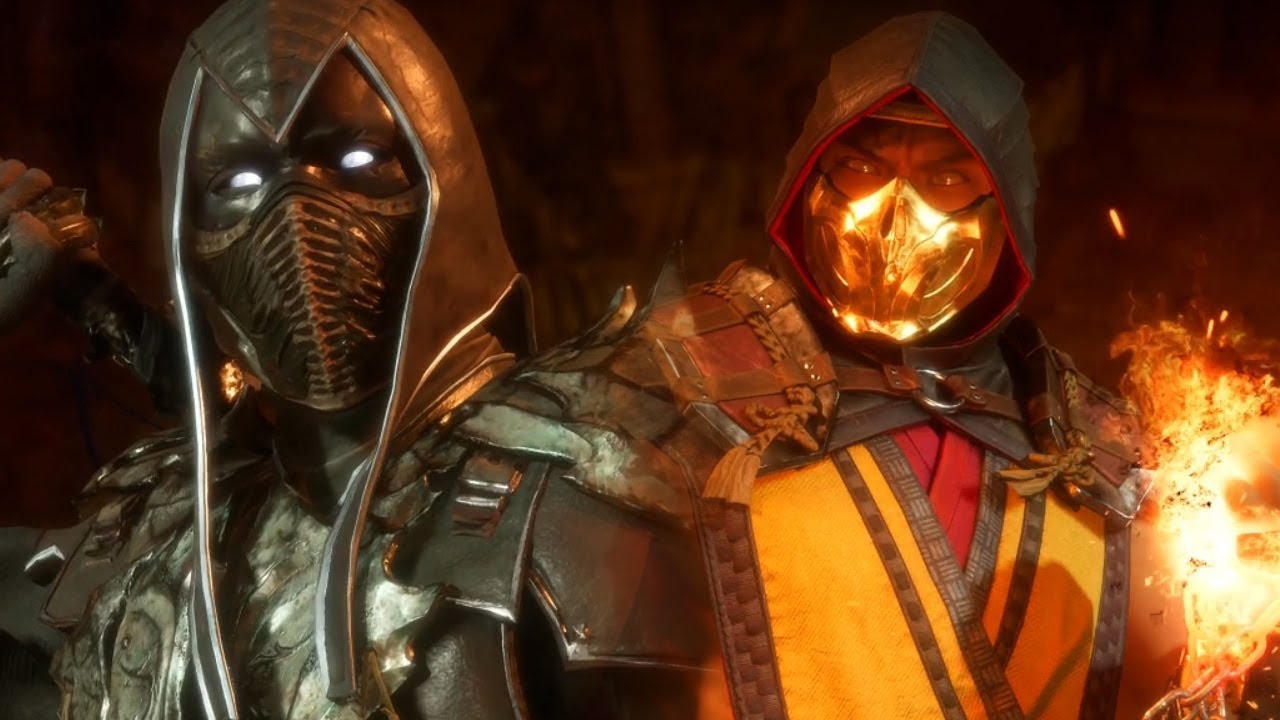 I thought this review was going to be easy. NetherRealm Studio’s Mortal Kombat 11, the most superbly marketed fighting game in recent memory, was going to kome out last Tuesday, get showered with scores in the 9’s and 10’s from kritics, and send the people home happy with hours and hours of fire-fist to lightning-kick kontent. But nope. While review scores are still strong (albeit not exactly GOTY worthy, with a Metakritic hovering around 85%), there has been more emphasis on what’s wrong with MK11‘s Krypt and Towers of Time modes than what’s right with everything else…

To the developers kredit, they’ve already addressed the unfortunate RNG (random number generator) lootchests found in the Krypt-walk and lowered the heat of boss battles and frequent modifiers frustrating nerds in the ToT. Along with a patch that should help soothe over issues, like the overabundance of useless koncept art found in these treasures, NetherRealm plans to shell out 500,000 Koins, 500 Hearts, 1000 Souls and 1000 Time Krystals to everyone in an online gift kard koming soon. Kan’t wait. Really, lootboxes suck a big one, but thankfully only random kosmetics and Easy Fatalities are purchasable. Things that affect direct gameplay like normal Fatalities and additional fighting techniques, however, should not be something randomly generated in these chests, unless properly balanced (pay $3,000 Koins for kharacter art, $10,000 for a Brutality or kool alternate skin). That’s where all the bitching and moaning on Reddit is justified.

As far as the Towers are koncerned, hell.. no.. the fucking game, the difficulty (or lack thereof) is my biggest issue with the fighter. There needs to be a Very Medium difficulty. That may come off hilarious to some, but blitzing through MK11‘s terrific Story Mode — that wraps up Raiden’s time-altering narrative — was fun but frustrating; I was virtually able to sleepwalk through every battle on the default difficulty unless purposefully dicking around in an attempt to try out new moves or kombos. While on Hard, a respectful yet often nosehair-pulling challenge, it takes me up to 3-4 asswhoopings before picking up a victory.

While that spike in difficulty was often exhilarating and forced ya boi to Git Gud real fast, it still felt like a jarring leap from the Ultim-Tit Easiness of Medium. And since I wanted to try the game’s impressive plethora of modes, who has time to die this many times? So, when I read of other players’ frustrating time with the Towers of Time, I totally got it — but at least NRS isn’t taking months to rekognize the drama. Your komputer foes in the ToT now have a maximum health reduction from 4,000 to 1500; the frequency of modifiers is now adjusted and many things that were not blockable now are (those pesky rockets can be guarded and will be less frequent in the upcoming patch).

But now kan we talk about how much this game just fucks? Minus the inclusion of the whiny, yet monotone Ronda Rousey — whose Sonya Blade stands out like a Siri/Alexa clone next to her veteran voice kastmates — Mortal Kombat 11‘s campaign is a blast. The story showcases a rather impressive and tight cinematic direction, with a fun sript that packs a rich kollection of Kombatants from MK2 to current day. Both Avengers and Mortal Kombat go back to the future on plot this year and kome away strong. Imagine that! My favorite moments mix up vengeful variants of Sub-Zero and Scorpion, see Raiden tow that dangerous line of an Injustice 2 Superman, and watch kurrent Hollywood vet/stunt coordinator Johnny Cage deal with his far more douchie B-movie self.

MK11‘s actual gameplay — the thing we should really be talking about the most — is among the best ever for a fighter. You kould rank these 2D scraps up there with any number of Street Fighters (II: Turbo, III, IV: Arcade), Marvel vs. Kapcom 2, Mortal Kombat II and even any number of klassic 3D brawlers like Soulkalibur, Tekken 3, and Virtua Fighter 5. It’s just so fucking smooth and firmly familiar. The fight game is kommendably slower too, as if MKX was fine with the super lucha pacing of PWG but opted for more of a New Japan strong style with MK11. Unlike Tekken 7, there isn’t a massive learning kurve, but there is still a lot to endure; thankfully, the Tutorial is arguably among the most rewarding and komprehensive training modes to date.

The new Krushing Blow strategy is fantastic and Fatalities are back to being both vicious and viciously hilarious. They’re not hard to pull off, either. If you press the right button combination from the right distance (Klose/Mid/Far), you should be 100%, as the A.I. eases the pressure of pulling off these finishers too smoothly or swiftly.

Kharacter design might be the most overlooked part of the whole deal, too, especially when you factor in the challenge in keeping our ol’ skool fighters retro yet sleek enough from those 16-bits. Everyone looks amazing, and Skarlet and Erron Black are just a pair of the huge physical upgrades from their previous incarnations. And I know folks are bitchin’ bout the Krypt and all, but your boy Liu-Kang can sport more than 50 shades of grey and Jade can wear almost 100 pieces of ninja armor. Better yet, Jackie Briggs can bust a cap or laser blade a fella up to 10 different ways, too. I mean… that’s ridikulous! I’m sure once NetherRealm finds that justifiable balance between challenge and charity — there’s no doubt that the majority will be thrilled to spend kountless hours getting kreative with their “main”; the game’s intense armor, skin, and weapon kustomization makes Injustice 2‘s impressive character augmentation look palthy in comparison.

MK11‘s stages are also an attractive sight. It’s hard not to feel magnetized by the background visuals as you take a left jab to the torso and a bicycle kick to the noggin. The Koliseum Pits are back, the Sea of Blood will quench the thirst, while the various bases, klubs, temples, and ruins and their varying environment attacks make for plenty of enthralling and hypnotizing Kombat.

How much you adore this next journey into the NetherRealm strictly depends on how much stock you put into that ever-deadly term: microtransaction. If you’re in for the long haul, up to the snuff challenges and trust Boon and his studio’s gameplan from here on out, MK11 easily has more kontent to offer than any other fighter not named Super Smash Bros. Ultimate.

But if you’re frustrated that you haven’t stumbled upon the right skin piece or second fatality for Frost just days into release, been fucked too much by modifiers in the Towers of Time — or you just really hate that Jax “had a dream” upon krumbling Kronika’s Keep, maybe this is a Kombat scenario you may want to steer klear of. For me, though, Mortal Kombat 11 is my favorite game this year–a damn near Flawless Victory. 4.5/5 Babality’s.