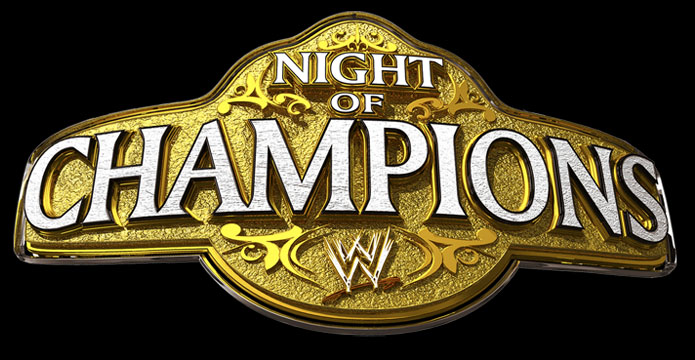 It’s been a month, but the Ringside Apostles are BACK! We’ve got Night of Champions coming tomorrow, so let’s get on down to the nitty-gritty, shall we?

Zzzzzzzz… I only say that because of the Mizzzzz…. No doubt will this actually end up being a good match, but unfortunately for Ziggy, no one really givez a zhit. The Miz usually ends up making every match hez a part of absolutely zuck. And the weird part? Hez actually good! Hez a good technical wrestler, really coming into hiz own as a very good classic heel, but I dont know– zomething about hiz face suckz the life out of the room. Expect the uzual zhenaniganz, MizDow interference, likely to cost the match for Miz leading to Miz/Zandow feud.

The Light Skinned Pychopath of beauty and grace, dont get it twizted, cause Paige will break faces to keep her spot on the Divas Mountain. She’s a force to be messed with, but her reign and skills are being tested by AJ “The Original Sexy Stalker with Skill” Lee– her deranged passion for the the Divas title and the Business will keep you scared. Her cute attitude but-I’ll-take-you-down-when-you-least-expect motive makes AJ’s blood thirsty for punishing any woman dumb enough to challenge her spot. Nikki “Dont forget about me” Bella has made her mark on the scene as the evil sister finally making a stand for herself and heaven help you if you in her way. We prepare for an amazonian estrogen driven battle for the Divas title. Hair, punches, and hip tosses. Man I cant wait.

Super psyched for this match. Too bad they don’t give the IC title this much respect. Thankfully WWE had the good sense to resume this brief feud from the Spring. These 2 European bad asses have had some good matches, but I expect them to really open it up here. I enjoy watching Cesaro be a dick because he’s simply better then everyone else and he knows it. I mean, Sheamus and Cena act this way, but Cesaro is actually meant to be a heel. Oh well, I should know by now that, in the WWE Universe , our heroes are horrible people who bully those weaker than them right before delivering a PSA against bullying. I am pleading with Cesaro to be dickish or hero enough to unleash 10 Beats of the Bowery on Sheamus.

Ohhhhhh!!! Them Usos SO FINE!!! No way are my n**** gonna lose to those left-side-of-the-bed gold-painted FREAKS from Texas! This is wrasslin’, not a circus! And they lazy ass, twinkie eatin’ papa Dusty Rhodes datin’ that cheap-pump wearin’ Sapphire back in the day instead of your sweet SWEET BROWN! AIN’T NOBODY GOT TIME FO’ THAT! Ohhhhhh!!! What I wouldn’t do for a Saturday night stroll at the disco with those boys, Jimmy and Jey! Me oh my! Bet your hottest mustard, suguh, that they do they thing and give me the smile I deserve! Fly Uso, fly! Fly! Sooooooooo fly!!!

Winners: Me, baby. All this sweaty hunkieness for just nine-ninedee-nine!!! – Sweet Brown

–Dr. Strangelove, or How I Could Take Henry To Enough Buffets So He Doesn’t Kick My Ass!–

The World’s Hungriest Man faces off against the Pride of Russia. I’m all for this colliding of athletes finally equal sized to make for a compelling and entertaining match. Mark Henry is going to be a formidable foe for Rusev, but on the other hand Rusev’s youth and flexability will put Henry’s skill and strength to the ultimate test. Whom will dominate whom when that bells rings? Once the dust settles and a victor called, will this be a one time challenge at Night of Champions or the beginning of a cold war inside the squared circle? Henry can break the spirit of men — and the spirit of Carl’s Jr. — with a mear Slam, Rusev submits you to a humbling a embarrassing defeat. Oh this is going to be epic.

Winner: Every rib joint from Nashville to Kentucky! – Richard Zom

Crazy that in 2014 we’d call this a “filler” match, but is there really any other way to explain it? Of course, your trusty Monsignor is calling this one becuase it involves two of my favorite wrestlers of all-time. Been an RKO fan since day one, although I can’t say I’ve been as high on his radar the last few years despite the fact my current haircut is the closest it will ever resemble “The Legend Killer”. The brain part of me wants to go with Randy, because this entire Authority angle just isn’t working with him. Jericho of course, is a legend, so… but you know the odds of me going against the Lion Tamer is nearly impossible. Besides, he handled the Wyatts pretty handily with no help. Again, I now this is a throwaway angle for the WWE at this point, but it’s still a match worth taking note.

–Return of the Prince–

This just in: Roman Reigns has EMERGENCY SURGERY just ONE DAY before NoC, thus the match may cancel. Read here for more. Why would WWE have Reigns get a clean win over Rollins a week before NoC? Is it possible WWE has really stopped caring about both their product and the standard formula for building a feud? Well, not completely. Therefore, something major has to happen during or after this match. And that something will be the return of Dean Ambrose. Oh how we missed you, sweet prince. The WWE could certainly use a shot of life, and that will come in the form of the Prince of the Drunken Death Match (Please take the time to YouTube the 2010 IWA Mid-South Prince of the Deathmatch Tournament). The question is whether our old pal Dean will assist in a Reigns win over Rollins, or will it be the more likely outcome of him saving Reigns after the match.

Winner: Reigns probably wins via disqualification caused by a Pearl Harbor job courtesy of Corporate Kane. This will be punctuated by Ambrose murdering everyone! – Moses Lee

Another 20-minute ass-whoopin’ on Mista Cena? AIN’T NOBODY GOT TIME FO’ THAT!

Winner: Ohhhhhh!!! Handsome as a steak wrap from Jack in the Box, MY MAN Brock is goin’ home with the strap and hopefully goin’ home with your one and only precious! Ohhhhhhh!!! – Sweet Brown