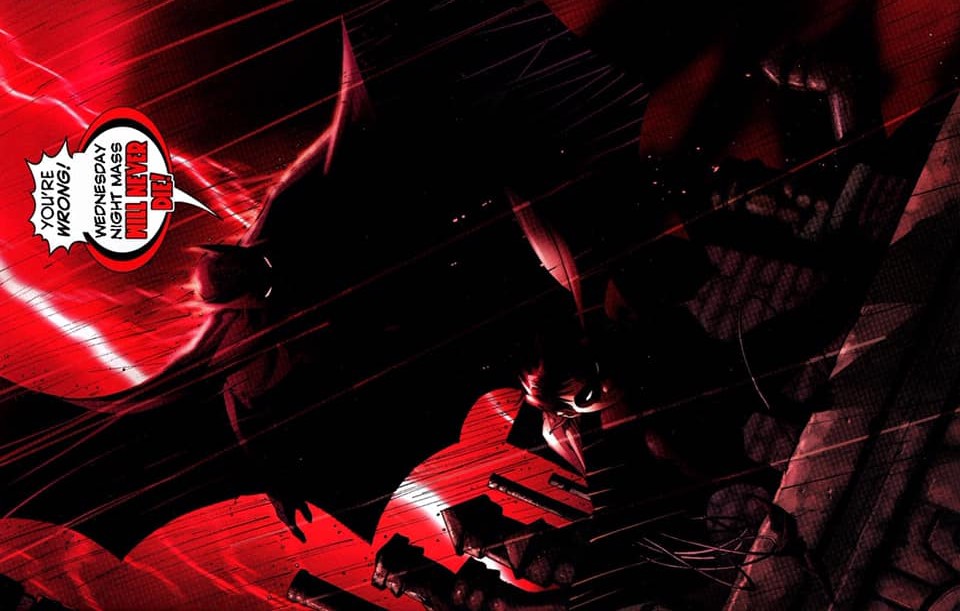 Did you think that I was going to stop devouring a maximum capacity of comic books and cold delicious Lone Stars until much too late every Wednesday night just because the comic-book industry has stopped delivering new product for the foreseeable future?

It will come as no surprise that I have a substantial back-log of reading to do, so there is no reason to discontinue the tradition just because I’m no longer bringing home pages with the proverbial heat still lingering from the presses… 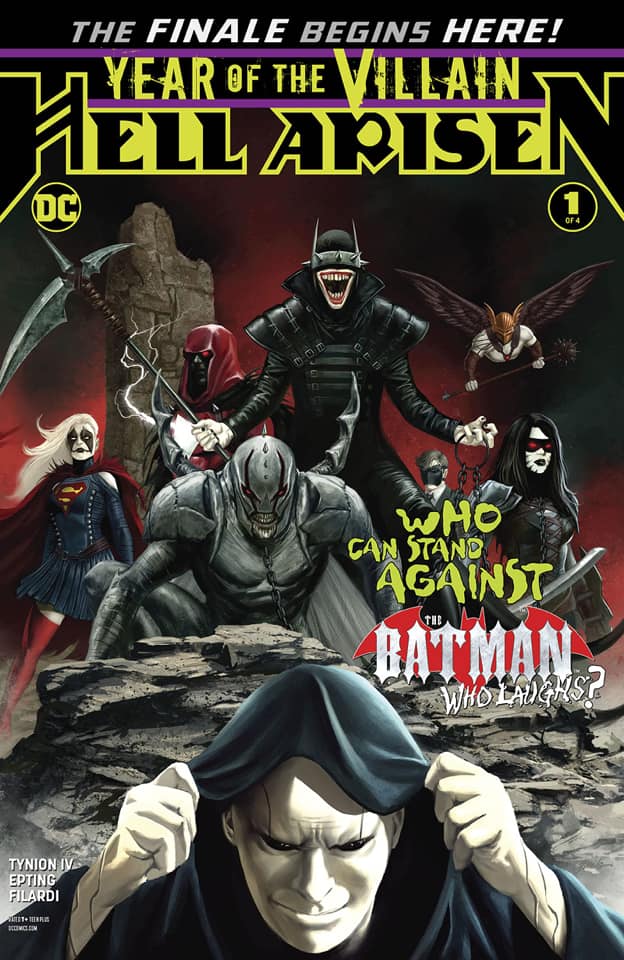 I’m super-casual about what to hit first, on a whim decide to finally give that HELL ARISEN mini-series that DC put out a little while back a shot. When it was released, the fact that it was Tynion/Epting meant it was an A-list important situation, but I was then and remain sick of The Batman Who Laughs (great new idea and execution for a villain who should have been put on the bench at the end of METAL, not relentlessly crammed down our throats on a monthly basis ever since). Also, I had serious doubts about Epting finishing out the series. But he made it through with only a little bit of help, and it’s great! I wind up powering through all four issues in one glorious gulp.

I feel like DC didn’t do right by this on marketing because I had no idea it’s the connective tissue between the #39 “end” of Snyder/Tynion’s JUSTICE LEAGUE run and what Snyder/Capullo have coming up in DEATH METAL. Really a quality little event unto itself, not quite the scope and scale of NO JUSTICE that started this whole deal off, but I certainly recommend it if you, like me, were put off by the circumstances of initial release. 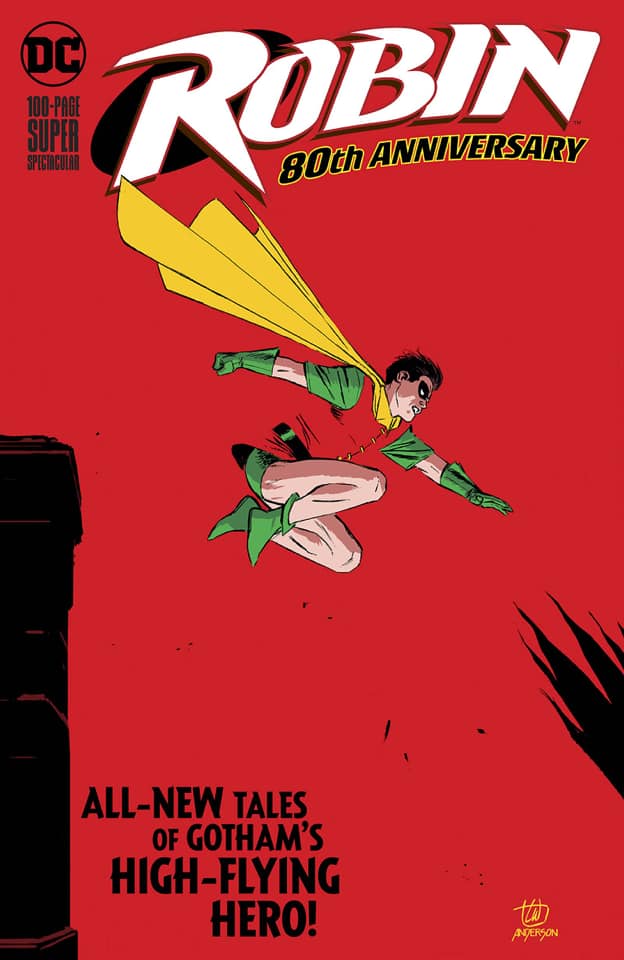 Then, I hit that ROBIN anniversary special. Was really only going to read up to the mandatory spycraft of Seeley/King/Janin returning to GRAYSON, but I can’t say no to any of the following creative teams, and the whole thing hangs together quite well across all the various Robins and creators. So so good to get another hit of Tomasi/Jimenez SUPERSONS. Really, the whole deal is wonderful. Would have loved to check in with both Carrie Kelly and the Toy Wonder, but I guess we can count that GOLDEN CHILD thing Miller did a while back for the former. These anniversary anthologies can be a mixed bag, but I recommend this one.

Next, I revisit the first issue of Joe Hill’s A BASKETFUL OF HEADS, also from a few months back. I remember digging it when it came out but then electing to just wait for the collection to put on the shelf next to LOCKE & KEY, only.. ha ha.. #5 was the last one to be published before the shutdown. And now, there’s no idea when we’ll see the story finished, so I decide to go back through this one in preparation for digital consumption of the rest so I can be sitting on the same cliffhanger as everybody else. 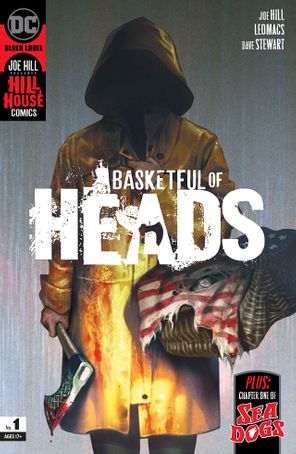 It’s quite more impressive than I recall. Of course Hill is knocking out the characterization all over the place, but I’ve never heard of this LEOMACS on art, who is producing expressionistic stunning material. Kind of reminiscent of Bá with the gangly body language. I really fall hard for this one and question my initial call to hold off on it. These are really worth checking out, and I’m just remembering he’s pumped out a couple more from this Hill House Comics line since then.

Then, what the hell, I read the first 48-page issue of GILGAMESH II #1. I remember being mesmerized by the ad for this in 1989 during all the Batmania, but I never saw any issues on the rack until many years later. The ad-copy went something like: 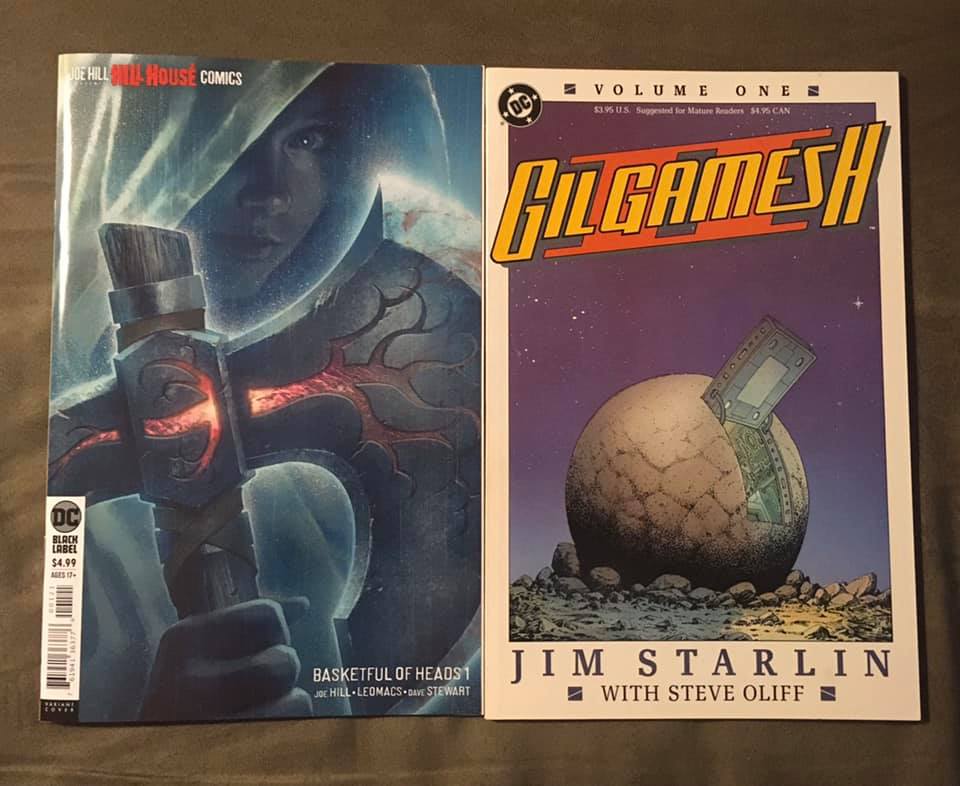 “As the starship exploded, the captain gazed out at the two escape pods, carrying two infants down to the lush planet below, the hope for preserving the culture of this dying civilization.

There were only two problems:
1) The planet was inhabited.
2) They sent the wrong pod.”

It’s peak Jim Starlin writing and drawing an original science-fiction epic right after he killed Jason Todd and right before heading back across the street to strap into THE SILVER SURFER to set up THE INFINITY GAUNTLET. Steve Oliff coloring right before HARD BOILED, and just from the first issue alone, this is a gem. Possibly an underrated masterpiece! I finally laid my hands on all four of these for 99 cents a pop at Half Price Books several years ago, and they’ve just been hanging out in my nightstand drawer since then, waiting for tonight after all this time.

It’s been a magnificent night careening all over the place. Much love to you all. Do what you love where you are. Keep on.