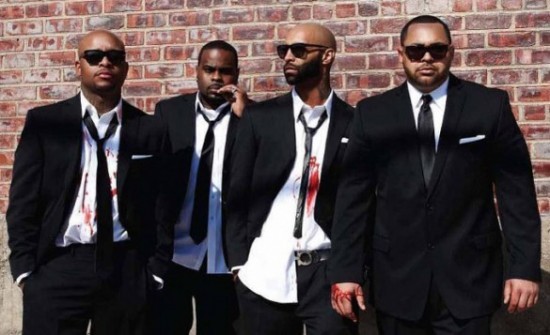 Say what? A hip-hop review on a “geek culture” site?

Well, allow the Rev to explain.

It all started off in the park way-way back… Well, growing up in an “ethnically ambiguous” city 50 miles from Boston, hip-hop music (or rap music, as y’all over 55 would call it) has always a huge part of this writer’s life. It still is. While my tastes have always been eclectic — as many inner-city whiteboys do — hip-hop has always been #1. There’s been times when it took a backseat to just about any other genre, you know, pending mood, friends I was hanging with at the time, mood, quality of concerts I was hitting up, mood. 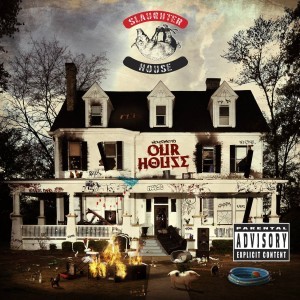 You get the drill.

A lot of longtime hip-hop fans will tell you that current rap is garbage, that it’s not like it used to be, that it’s turned pop, etc. But, despite what my favorite all-time emcee proclaimed a few years back, hip-hop will never die. No, it’s just that you got to dig a little deeper for the good stuff.

Isn’t it like that for just about anything nowadays?

Regardless of this popular [mis]conception, mic-masters like J. Cole, LA’s own Kendrick Lamar, Wale, Big K.R.I.T., Lupe Fiasco, Meek Mil, A$AP Rocky, CyHi The Prynce, and, shit, even Donald Glover (from the hit sitcom “Community”) are leading the way to a healthy and promising hip-hop future; all the while living legends like Nas, Jay-Z, Rick Ross, Dr. Dre, Busta Rhymes, Ghostface Killah, Eminem and skateboarding Lil’ Wayne thankfully refuse to let go of their #1 passion.

Yet, no one appears more passionate about this rap shit than Slaughterhouse. The hip-hop supergroup take pride in battling each other on every track for lyrical supremacy, yet flourish with impeccable chemistry, acrobatic linguistics, and flows that send shivers up the spine of every competing emcee.

No wonder everyone else’s focal point is money; dudes clearly would gut the shit out of any competition.

And the joy is that each emcee, be it Brooklyn’s Joell Ortiz, LA’s Crooked I, Jersey’s Joe Budden, and The D’s Royce da 5’9″ takes turns leading the pack. Each track Slaughterhouse whips up poses a different threat, a different shining star, and, most of the time, frankly, they all kill it.

Now, with Slaughterhouse entering their major label debut on Eminem’s Shady Records/Aftermath (available this Tuesday), the supergroup’s job only gets tougher. There’s more than shaggy white kids with backpacks to please, so a lot of the traditional lyrical ferocity found on mixtapes (the DJ Drama-hosted On the House is one of the best mixtapes of the year) will undoubtedly defer to more humor, club-rocking beats, and, you know, appealing to the primary consumer: females.

Thankfully, despite the usual “dumbing down” artists are typically forced to do come album time, Welcome to Our House pack enough wit to bend the fine line of wrecking shop and making bottles pop. And this time they got Eminem on hooks! Slim Shady adds his zany flavor to the new single “Throw That,” which actually gives us a reason to get crunk, meanwhile the grinding motor of a backdrop on “Get Up” showcases Royce’s dexterity for Crooked I’s sacrilegious banter: “Homie, you went up against me, foolish as Judas / N*gg* ya lost, now I’m feelin’ like Black Jesus / Wrong N*gg* to cross.”

A lot of hardcore heads will probably skip over the poppy “My Life” featuring “X-Factor” judge Cee-Lo (Cee-Lo would make a good addition to Peter David’s X-Factor comic, as well, maybe as Guido’s sidekick, but that’s for another day..), but would you rather hear that on the radio or just about any of the other garbage heard on the radio? Then again, who still listens to the radio?

“Flip A Bird” will be a hipster hip-hop fan’s new fav with it’s melancholic bridge hums and tattering drum knocks; Swizz Beatz pops up for another sardonic broke anthem, “Throw it Away,” which revels in it’s “Realms of Junior Mafia’s” hypeness; and “Rescue Me” returns hip-hop’s own version of the White Queen, Skylar Gray, whose memorizing gothic vocals have become synonymous with the more dire tracks from the Shady Records camp.

Welcome, despite it’s new-found mainstream, thankfully still maintains the the same level of vocal aggressiveness found on the EP, especially on ode to college party track “Frat House.” Both Buddens and Ortiz exchange blurbs on sketchy dorm room scenarios with the breathlessness of EPMD, keeping it together both edgy and superbly witty: “Bend it over, take her to church / Now she at UMASS / Scoop my Bellmont broad for all out sex / Show her 12 bedrooms, now there’s More’house left.”

Not that the album is flawless. For one, it’s a bit too long. The underground debut was just perfect at around 11 or 12 tracks. Also, tracks like “Hammer Dance” have been around for a while now (since the EP), and “Park It Sideways” wrongly meshes the operatic chants found on Nastradamus with the type of horn-tooting keys more apropos for a T.I. or Lupe Fiasco track.

But then “Die” hits, and all is well. With “Our Way” the dopest hip-hop supergroup since Wu-Tang realizes their accomplishment: successfully appealing to the masses, including those who’ve been dying for lyrics since Nas proclaimed this game was over.

Slaughterhouse is here, tastefully horrific. Geeks like lyrics, too.

5 Replies to “Slaughterhouse: ‘Welcome to’ Hip-Hop’s ‘House’ of Horrors.”